There is always time for a few little curiosities. Take, for example, the movie Cynthia (1947) starring Elizabeth Taylor – as a young singer who only likes listening to operetta music! What’s interesting about this film is a comment someone posted in the International Movie Data Base recently. 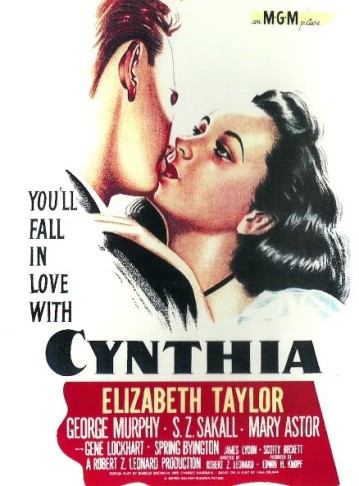 Here’s what user name “Outriderspoetry“ has to say about the operetta aspects of the movie: “The ‘all-American’ values that this film promotes are mostly repulsive, i.e. that it is a fate worse than hell for a teenager to get As in school, that her only chance for health and happiness it to have a boyfriend, that mother knows best, that most doctors are stuffy and inept authority figures, that the only music worth listening to is operetta, etc. etc. etc. The young Elizabeth Taylor plays the teenager in question, George Murphy her overprotective father (she is the objectification of the timidity he can’t overcome), and Mary Astor. It is Astor’s magnificent performance that ultimately is the only thing that makes this film worth watching. Somehow she manages to be magnificently ambivalent – as steely as any bitch she plays in her film-noir roles and yet as wise and maternal as the film’s ethos requires her to be. As for Taylor, I find her primping prettiness quite off-putting. Somehow her beauty (of which there can be no doubt) comes off as calculating and inauthentic. When she swoons over the lout of a teenager who falls for her, I’m ready to gag.”

Of course you could ask what planet this commentator lives on when he/she claims: “The only music worth listening to is operetta,” which he sees as representational of “repulsive, all-American values”! 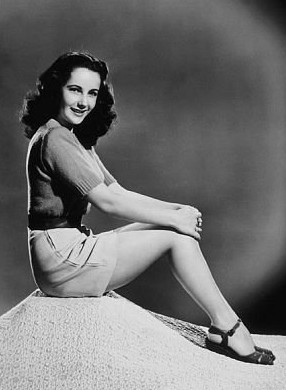 Obviously, back in 1947 “operetta” had a very different position within US society than it has today. And operetta recordings from that era are also very different to what one hears today, coming from contemporary companies in North America. But it would be quite advisable, for American operetta groups working today, to remember that the genre has an American “style” worth rediscovering, rather than copying lame old fashioned “European” styles that are already ourdated in Europe, but still thrive in certain sections of the US operetta scene 2015.

Because operetta, played with all the bounce and joy it was originally intended to be played with, in Europe and America, certainly is worth listening to. Maybe not exclusively, but regularly. Not just because Cynthia says so.