When this heavy, 350 page book, closely but clearly typed and well-illustrated, arrived in the post I thought I would just spend a few minutes flicking through it to see what author Adrian Wright had to say about a few of the shows he includes that I had seen. Four hours later I was still reading it! 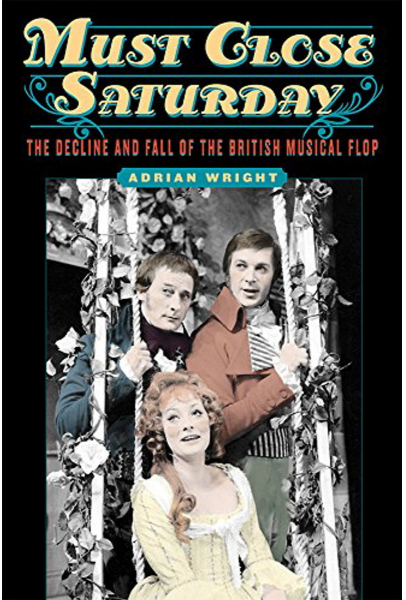 Mr. Wright deals with the British musical theatre after 1960, and has tried to include all shows staged in London’s West End that did not manage to achieve 250 performances, mostly new but a few revivals. Many of the ‘flops’ he writes about were perhaps too ‘operetta’ in style for the tastes of the time; for example most of Julian Slade’s work after Salad Days, and a revival of Ivor Novello’s The Dancing Years in 1968. Others, such as The Lady or The Tiger (1976), may have succeeded in the provinces, in this case Richmond Orange Tree, which is a tiny ‘in-the-round’ theatre, but did not travel well into London. More, such as Lloyd Webber’s Stephen Ward, should probably never have made it to any theatre at all!

The author has an easy-to-read, fluid prose style. He begins with his overall view of British Musical Theatre since 1960, which in itself is very interesting, and then proceeds to write about one page on each show that he covers, with an average of five shows and five years per chapter, but there is no hard and fast rule to this and the book is all the better for being ‘chatty’ rather than formal.

The earliest show in the book that I remember seeing was The Match Girls in 1966. His description of the failure of this show is accurate: the book, lyrics and music were poor. It originated at the Thorndike Theatre in Leatherhead, an intimate venue which successfully staged many several small scale musicals, but the show was not strong enough to survive its expansion to a West End show! 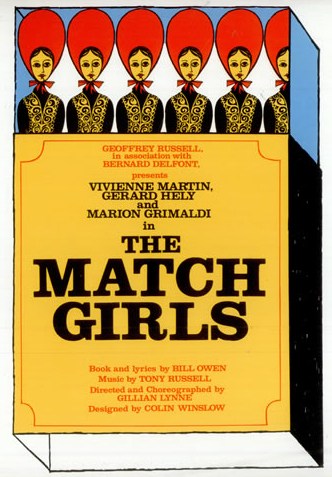 Poster for the original 1966 production of “The Match Girls,” about the London matchgirls strike of 1888.

Years later I was musical director for a production and remember that the band parts, apart from being ineptly scored, bore little relation to the vocal score!

In the same year I remember with affection Jorrocks at the New Theatre, as does Mr. Wright: as he says the score is much better than that for Half a Sixpence and Charlie Girl, which followed. 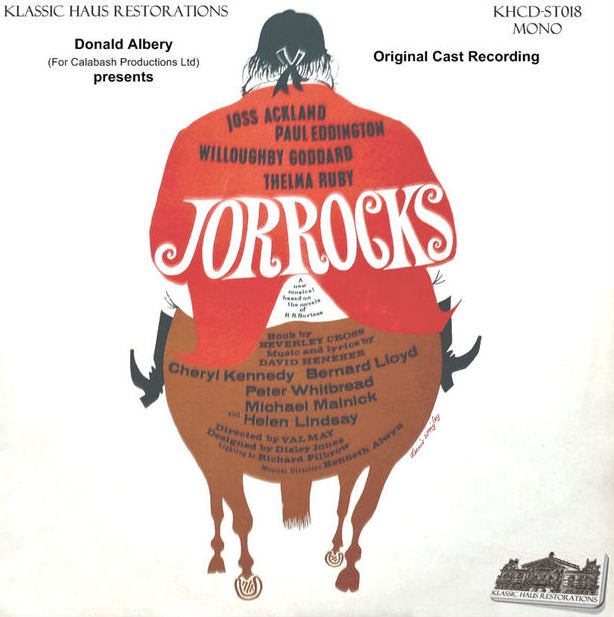 However, Joey Joey, about the great clown Grimaldi, also in the same year and starring Ron Moody in the title role, was just dull – mainly because it had been put in the cavernous Saville Theatre, formerly a cinema and long demolished. I only went because ex Gilbert & Sullivan/D’Oyly Carte star Peter Pratt was in a minor role! I believe it was the first show I ever walked out of before the end!

Although much research has clearly been undertaken for this book, the author is inclined to make statements which he does not back up. For example Sherlock Holmes (1989), in which he states that “tensions between the company blighted the shakily-funded production from the start with director George Roman undermined at every turn,” but he gives no evidence to prove his point. I remember seeing this show at the Northcott Exeter before it transferred to London; it also starred Ron Moody (as Holmes) who had terrific charisma, especially in the small auditorium: one just had to watch him. But (!) there was only one memorable song (“Down The Apples ‘n’ Pears”) and the style was more akin to Half a Sixpence and Oliver than it was to Sherlock Holmes.

I feel that Mr. Wright is perhaps too kind to some of the pieces he writes about: for example Troubadour (1978) which was dire in every respect except for Kim Braden, who had the only memorable song (“If There is Love”). It only ran for as long as 76 performances because the management gave out free tickets to everyone in the audience, as well as a glass of champagne for the first 100 people to arrive at the theatre: there were never more than 100 people in the audience.

Fire Angel (1977) is another show, sung through and supposedly based on Shakespeare, that is kindly dealt with; I saw a performance at Wimbledon Theatre before it briefly reached the West End – the band was, as Adrian Wright says, so loud that you couldn’t hear the singers/actors throughout the evening. I had no idea what it was about and could certainly not place the Shakespeare play.

So, this book reeks of nostalgia and it is none the worse for that! Shows right up to 2016 are included, such as Mrs. Henderson Presents, very much ‘operetta’ in style, dealing with the success of The Windmill Theatre and therefore ‘nudity’. I loved it, but not enough other people did, and, in any case, there are so many musicals in London that a newcomer must have that something special.

Many ‘flops’ that Adrian vividly describes have been successfully revived in recent years, usually in much smaller theatres: Made in Dagenham (2014), although musically thin, was staged at the Queens Theatre Hornchurch last year with 100 percent full houses and seemed much fresher than the West End production. Metropolis (1989) is being staged in a 50 seater pub theatre in Walthamstow as I write this.

I hope I have demonstrated my enthusiasm for this book. I have been unable to put it down since it arrived – not reading from beginning to end, but dipping in to chapters and then continuing reading … So, many thanks to Adrian Wright for an invaluable tome which should be in the library of everyone who claims to enjoy musical theatre. 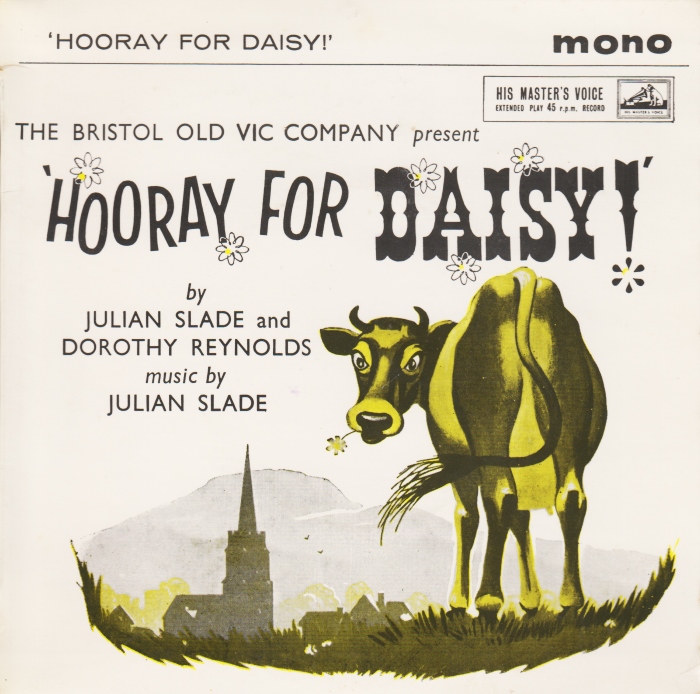 LP cover for “Horray for Daisy” by Julian Slade (music).

Many of the shows were, surprisingly, recorded and may either be found in second-hand Vinyl shops (e.g. Troubadour, The Card, Hooray for Daisy) or on CD (Sherlock Homes, Metropolis etc). The Sepia CD label has reissued many shows from this period as well. 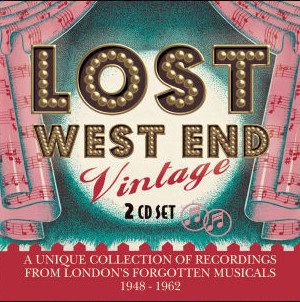 However, in tandem with this book is a 2 CD box entitled Lost West End Vintage, available from Stage Door Records. The first CD contains original artist recordings from some of the ‘flops’ that are dealt with in the book, the second includes cover versions of songs from ‘flops’ which have found a life outside their original show.

A highlight is Beatrice Lillie singing “Typically English” from Stop the World – I want to Get Off. Two other similar CDs in what one hopes will be a continuing series are Lost West End 1 and 2. 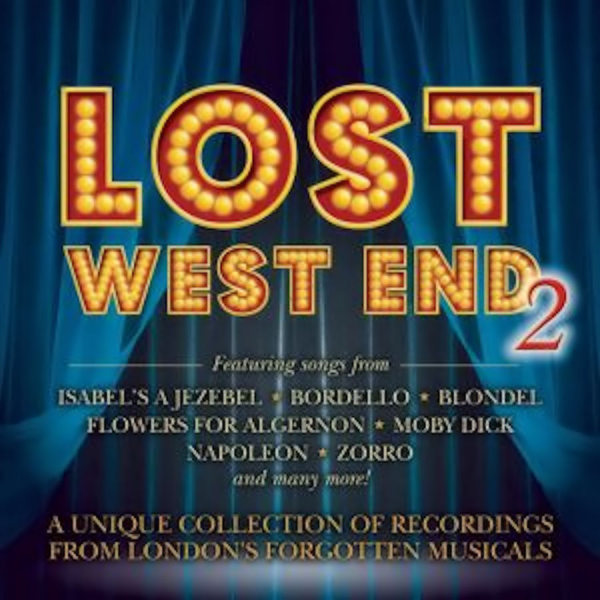 If anyone would like my copy of the original cast LP of Troubadour they can make me an offer – it is so dire that I have only ever played it once!

The publisher Boydell & Brewer is offering a 25 percent discount on individual orders of Must Close Saturday, The Decline and Fall of the British Musical Flop by Adrian Wright for all users of the Operetta Research Center. Simply quote the promotional code BB447 when prompted at the checkout at www.boydellandbrewer.com or via telephone when calling 01243 843291 or emailing customer@wiley.com.