Victor Herbert’s 1911 grand opera Natoma – not performed in its original form for over a century – was accorded a splendid resurrection this past weekend. The work – available till now only in orchestral medleys and some characterful but necessarily dim 78s – proved enthralling. 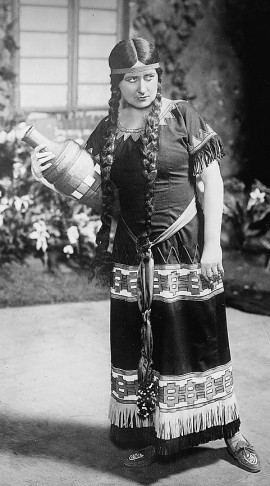 Soprano Mary Garden as the heroine Natoma, in the first production of Victor Herbert’s opera.

Under the baton of Gerald Steichen, who conducted an orchestra of nearly 60 musicians, a chorus of 36, and a cast of first-rate soloists, the enterprise – under the auspices of producer/director Alyce Mott’s Victor Herbert Renaissance Project LIVE! – made a highly persuasive case for the work, its music, by turns, lyrical, majestic, sinuous, rapturous and altogether bewitching.

The opera was the result of a conscious effort by Herbert and his collaborator, librettist Joseph D. Redding – both savvy men of the theater — to create a truly American opera, sung in English, and utilizing genuine American themes, both dramatically and musically. The original cast included the great Mary Garden in the title role of the tragic Indian maiden and John McCormack, at the start of his career, as the naval officer, Paul Merrill, roles taken on this occasion by the rich-voiced Lara Ryan and impressive Tyson Miller, the latter delivering a ringing account of the aria “No Country Can My Own Outvie,” once memorably recorded by McCormack. 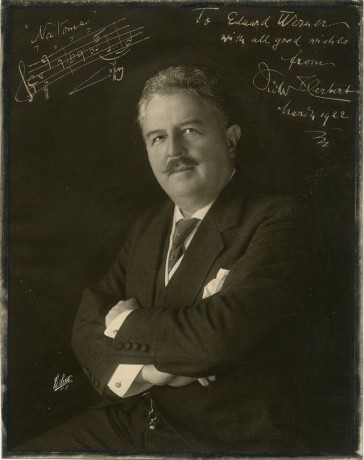 As that title suggests, much of the libretto’s language reads as archaic on paper, but as cannily penned by Redding (who was himself an accomplished musician), and as set to music by Herbert, the libretto actually plays quite well. The plot may be melodramatic, but surely that is not so unusual in many operas. More problematic is the character development which is basically nil.

The scene is the island of Santa Cruz off the coast of California, then under Spanish rule, in the year 1820. The noble Don Francisco (sonorous bass Gregory Sheppard) awaits the return of his beloved daughter Barbara (Monica Yunus) from the convent. The womanizing Spaniard Alvarado (Matthew Singer) plans to wed the girl for her fortune. Meanwhile, Barbara’s devoted companion Natoma has fallen for the American officer Lieutenant Paul, but stoically accepts the fact that once he lays eyes on the beautiful Barbara, he’ll inevitably fall in love with her, as indeed he does. Indian half-breed Castro (Robert Balonek), the villain of the piece, plots with Alvarado to kidnap Barbara on the day of her coming of age celebration. Natoma stabs Alvarado just as he and Castro are about to abduct Barbara and spirit her off to the mountains. The crowd turns on Natoma, but she finds salvation when the kindly Padre of the Mission Church (Ron Loyd) persuades her to take shelter and accept God in the convent of his mission church.

Herbert and Redding were determined to be faithful to the historical period and emotional truth of the situation (the Indian cause, for instance, is most sympathetically presented), and the result demonstrates the integrity of their approach to a great degree. But in truth, the story needed to be far better developed, and the characters given more plausible motivation.

Still, Herbert’s music more than carries the day. And the notable orchestral sections – the Habanera and the tense Dagger Dance (which leads up to the stabbing) – were lusciously played, as indeed, throughout the afternoon – under Steichen’s assured command – Herbert’s sophisticated and complex orchestrations shone through with wonderful clarity, surprising and delighting us time and again. Herbert’s melodic gifts were seemingly limitless, and his use of both Indian and Spanish flavoring deftly employed.

For the audience, sitting in a hall where the musicians nearly outnumbered them, the experience was akin to being on a Hollywood soundstage, and wallowing in a most dazzling and luxuriant sound.

The singers, as noted, were a top-drawer lot. Ryan’s mellow mezzo-like tones helped conjure the image of a brooding Indian maiden bemoaning the lot of her dying race despite her blonde, blue-eyed looks. Her opening number, “From the clouds came my first father,” and her final scena were commandingly voiced. By contrast, Yunus’ high-lying soprano and wonderfully pure, bell-like tones, intoned Barbara’s song to the moon exquisitely, and later, she tossed off a superb “I List the Trill in Golden Throat,” the bravura piece once recorded by Alma Gluck, with considerable aplomb.

Baritone Balanek was a particular standout, singing with gloriously firm tone, incisive diction, and tremendous authority. Villain or not, he made Castro’s every moment a pleasure. 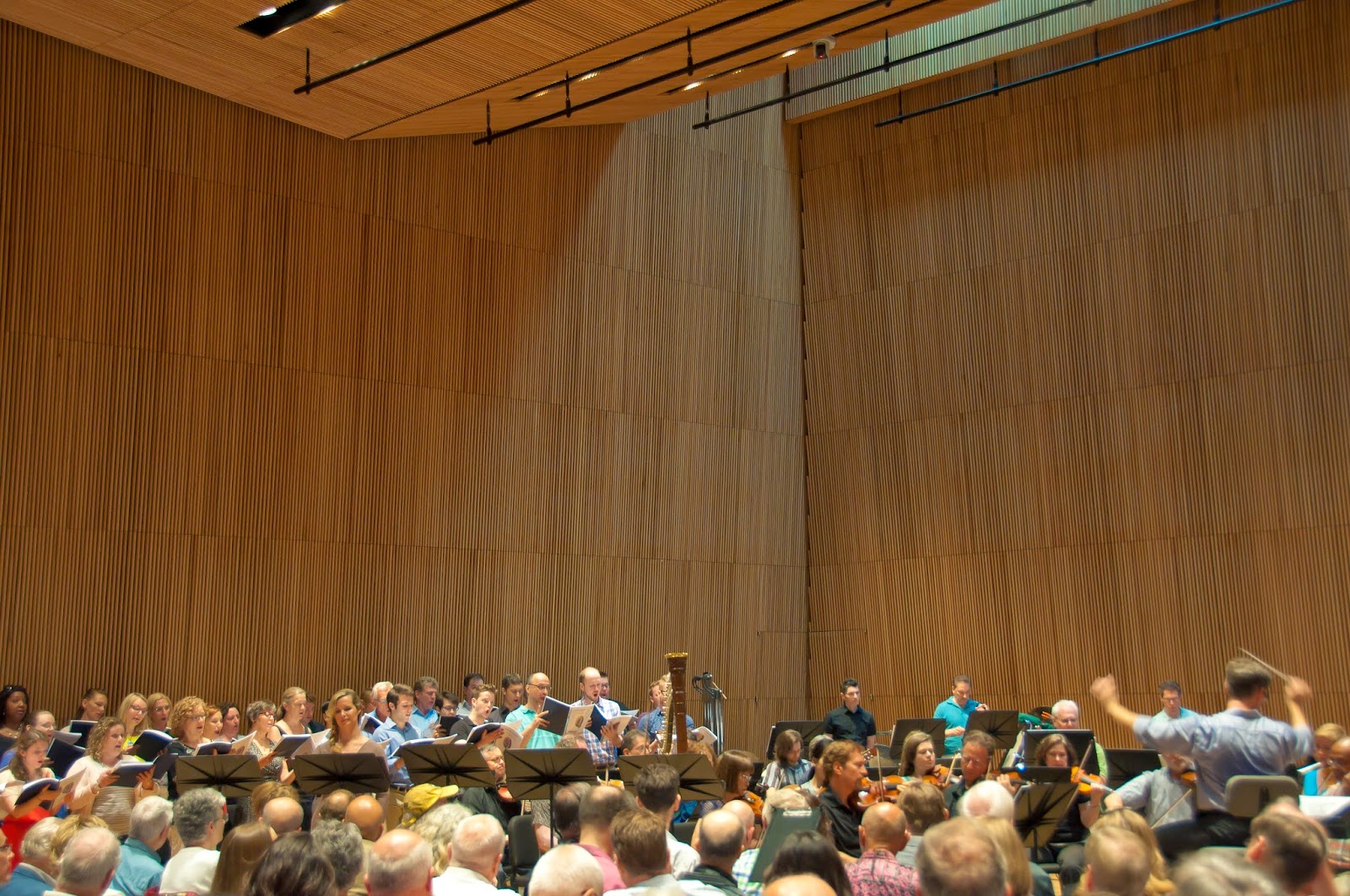 Matthew Singer delivered his “Serenade,” with its piquant pizzicato accompaniment, most seductively. Herbert left no room to applaud in his through-composed score, much though the assembled wanted to do so after that number and the other set pieces, including the once popular “Song of the Vaqueros” rousingly sung by Colin Anderson as Castro’s comrade Pico.

The chorus provided superb accompaniment, whether as nuns, soldiers, or off-stage revelers.

This rare and unique experience was the fruition of years of outstanding scholarship on the parts of Glen Clugston who had mounted an abridged, piano-only version of the work in the year 2000 at Westport’s White Barn Theater, and musician/composer Peter Hilliard who painstakingly restored and digitized the score from less-than-perfect sources.

Under Mott’s enterprising and determined leadership, the concert reading (and the two days of open rehearsals that preceded it, starting with the orchestra alone, then adding the principals, and then the chorus) had to rate as one of the major musical events of the season. For those who revere Herbert, and have always longed to hear this legendary piece in all its glory, several were heard to remark that the performance stood thrillingly high in a lifetime of musical experience.

It’s a pity that, on this occasion, merely 200 people had the chance to experience it. But with orchestral parts now restored (some lingering errors notwithstanding), and the spectacular proof of “Natoma’s” worth so strongly confirmed, a full staging and a complete recording will surely not be long in coming.

Read the original version of the article on Harry Forbes’s website here.