This isn’t the first time this fearless little company has attempted a great big operetta that, by all rights, should be well beyond their modest means, but I’m happy to report that yet again, they’ve pretty much pulled it off. 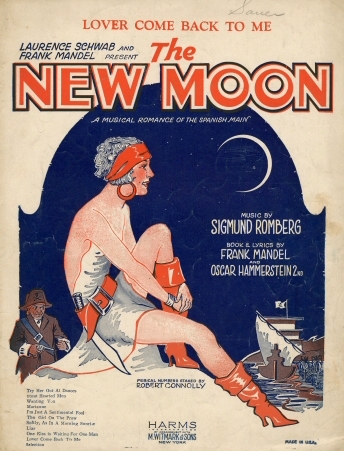 Sheet music cover for “Lover Come Back to Me” from “New Moon”.

This is not to say that Romberg’s hit-filled The New Moon was the production of one’s dreams. Encores came closer to that prize with its memorable staging a few seasons back with considerably greater resources, including a full orchestra and chorus, and a marvelous cast, including Christiane Noll and Rodney Gilfry.

Still, LOONY’s production, with its small-scale accompaniment of piano, percussion, and four strings, under Michael Thomas’ sensitive direction, put the work across more than capably, and in an admirably full musical edition, too. All the famous Romberg tunes – “Lover, Come Back to Me,” “Wanting You,” “Stouthearted Men,” and “Softly, As in a Morning Sunrise” — scored as they should, and the lesser known ensemble pieces and comic numbers were given good measure too.

Sarah Callinan as noblewoman Marianne was the vocal standout, handling such numbers as “The Girl on the Prow” and “One Kiss” with ease. Though perhaps a more natural soubrette, she delivered her showpieces with poise and dignity, and showed admirable spirit in the closing scenes of the show where she expresses her support for her revolutionary hero, Robert Mission (the stolid but likable Michael Binkowski) who, at the start of the show, had been serving incognito as a bond-servant in her father’s employ. 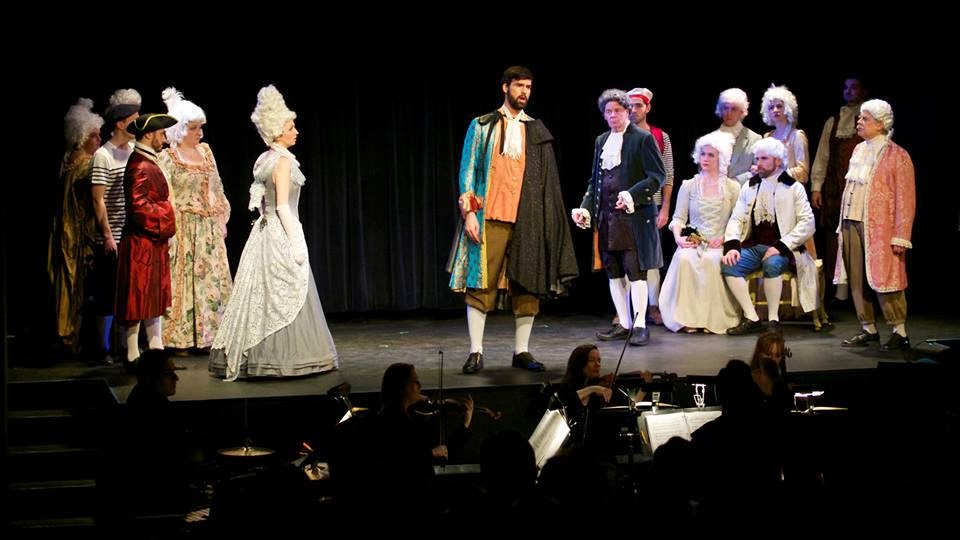 In the secondary comic roles, Christopher Nelson was a standout as Robert’s sidekick Alexander, delivering his lines with assured comic timing, and singing with a clear ringing tone, partnering nicely with Christina Hager as his ladylove Julie. Amy Maude Helfer matched Nelson in the comedy department as the man-hungry Clotilde, married (it is discovered) to both Alexander and the boatswain Besac (Zach Appel).

Chad Cygan offered a capable account of the high lying “Softly, As in a Morning Sunrise,” which nearly defeated the admirable tenor in the Encores production who, as I recall, came to grief on the high notes.

The frequent contributions of the vocal ensemble (four men, four women) were a consistent pleasure throughout the evening.

Providing solid non-singing support were the ever-reliable Richard Holmes as the villain Ribaud, a detective sent from France to apprehend Robert, and versatile David Seatter as both Marianne’s father, and later a French official who aids in the plot’s denouement, bringing about a happy ending.

Gary Slavin directed most resourcefully with clever little touches throughout, and an assured grasp of the shape of the piece.