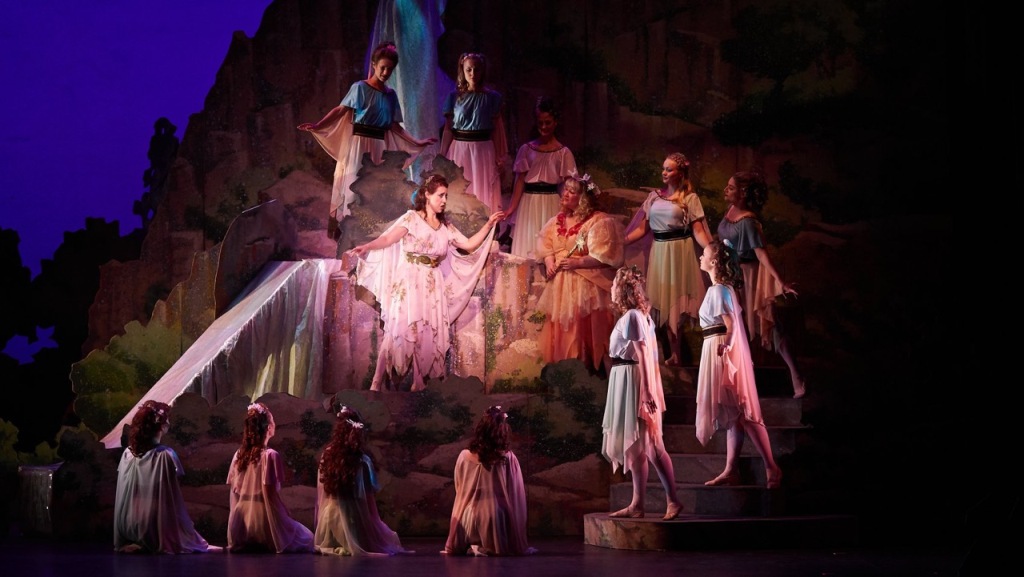 His affection for the piece was evident in his conducting, and as usual with New York Gilbert & Sullivan Players, the performance was musically top-notch. Bergeret uses singers who are among the very best in town.

The leads were aptly cast. James Mills made an impeccable Lord Chancellor, and handled the fiendish Nightmare Song with crisp articulation (though the four partial “encores” were more than a tad excessive). Angela Christine Smith was an imperious Queen of the Fairies with impressively sonorous low notes. Matthew Wages and Cameron Smith as the twittish Lords Mountararat and Tolloller respectively were very funny in their Wilde-like exchanges about who most deserved the hand of shepherdess Phyllis (Laurelyn Watson Chase in her final performance as NYGASP’s leading soprano), and Wages offered an especially resonant “When Britain Really Ruled the Waves.” 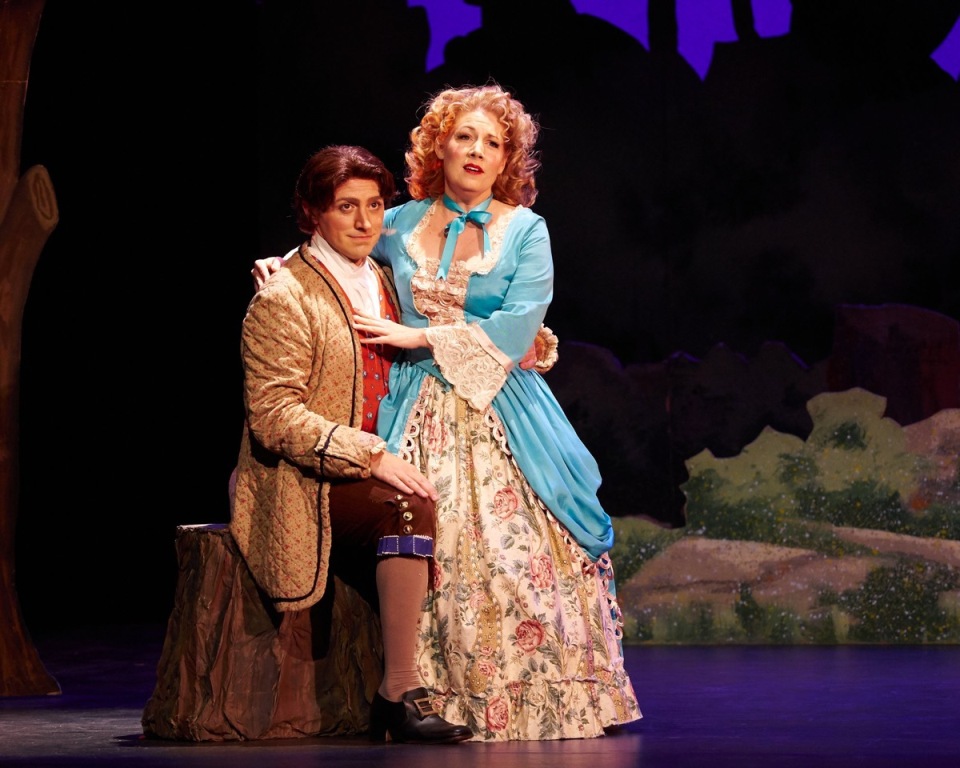 Amy Maude Helfer made a moving Iolanthe, the titular fairy exiled for marrying a mortal (the Lord Chancellor) years earlier, and David Macaluso was solid as her shepherd son Strephon, a fairy (down to his waist).

The ensemble was also strong, including the balletic fairies and the imperious peers who made an impressive entrance down the right aisle in their opening, “Loudly Let the Trumpet Bray.” The first act finale with the peers and the fairies singing in counterpoint is arguably the finest in the G&S canon, and it was excitingly performed here. 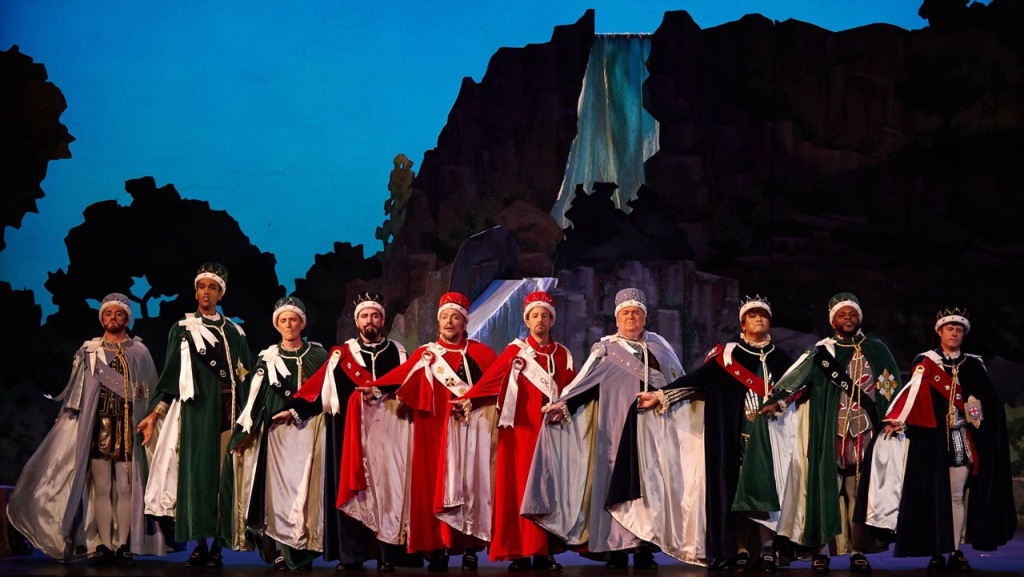 Besides conducting with his customary authority in the pit, his forces satisfyingly filling the warm acoustic of the Kaye, Bergeret directed a mostly traditional performance. My own small carp is that a bit too much slapstick in the staging occasionally undermines the overall classy approach. David Auxier served as co-director and choreographer.

Jack Garver’s sets lighted by Benjamin Weill – an Arcadian landscape in Act 1, and the Palace Yard, Westminster in Act 2 — and Gail J. Wofford’s costumes, including the peer’s colorful ceremonial robes, were nicely executed. Scenically, I enjoyed the waterfall effect in the first act.

The house was full and the audience highly enthusiastic. You can catch a glimpse of the production:

I look forward to the company’s forthcoming productions of The Mikado (27-30 December and 4-5 January) and The Gondoliers (18-19 April).