No, it wasn’t public, and yes, it was only a one-off performance with a preceding dress rehearsal. There were invited guests, mostly fellow students, no general public. But this 60 minute version by the “musical & show” crowd at UdK Berlin was such a thrill that I fear I will never again be able to listen to Offenbach’s La Belle Hélène without thinking of green underwear when the “Voici les rois de la Grèce” music starts. Never mind Achille, Roi de Phthide, taking center stage here in a way probably not envisioned by Henri Meilhac and Ludovic Halévy, but definitely refreshing. 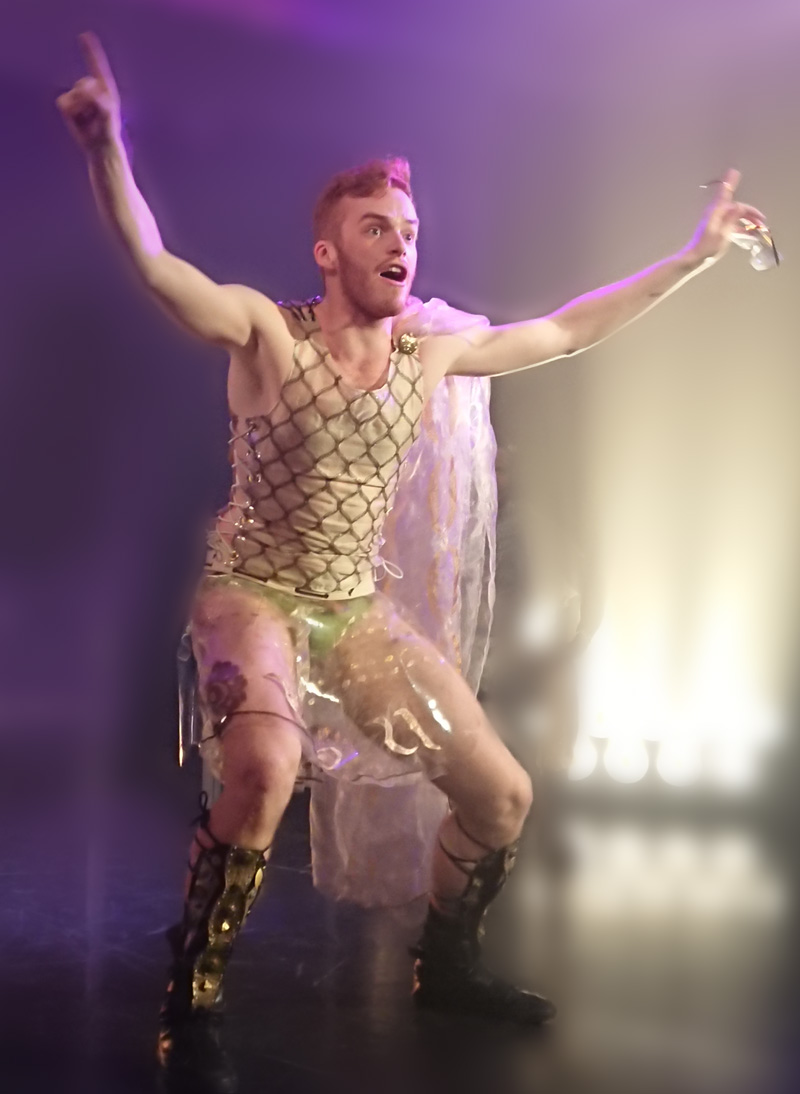 As part of their study program, Berlin’s “musical & show” stars-of-tomorrow have to do an operetta. Which for many is probably a prehistoric genre of no particular relevance, nor interest. But the head of the department, Prof. Peter Lund, has installed a tradition that each group must do an operetta as a semi-staged Christmas event. It’s not as elaborately rehearsed (nor choreographed) as the famous ‘collages’ which the students offer at the end of the first part of their training. 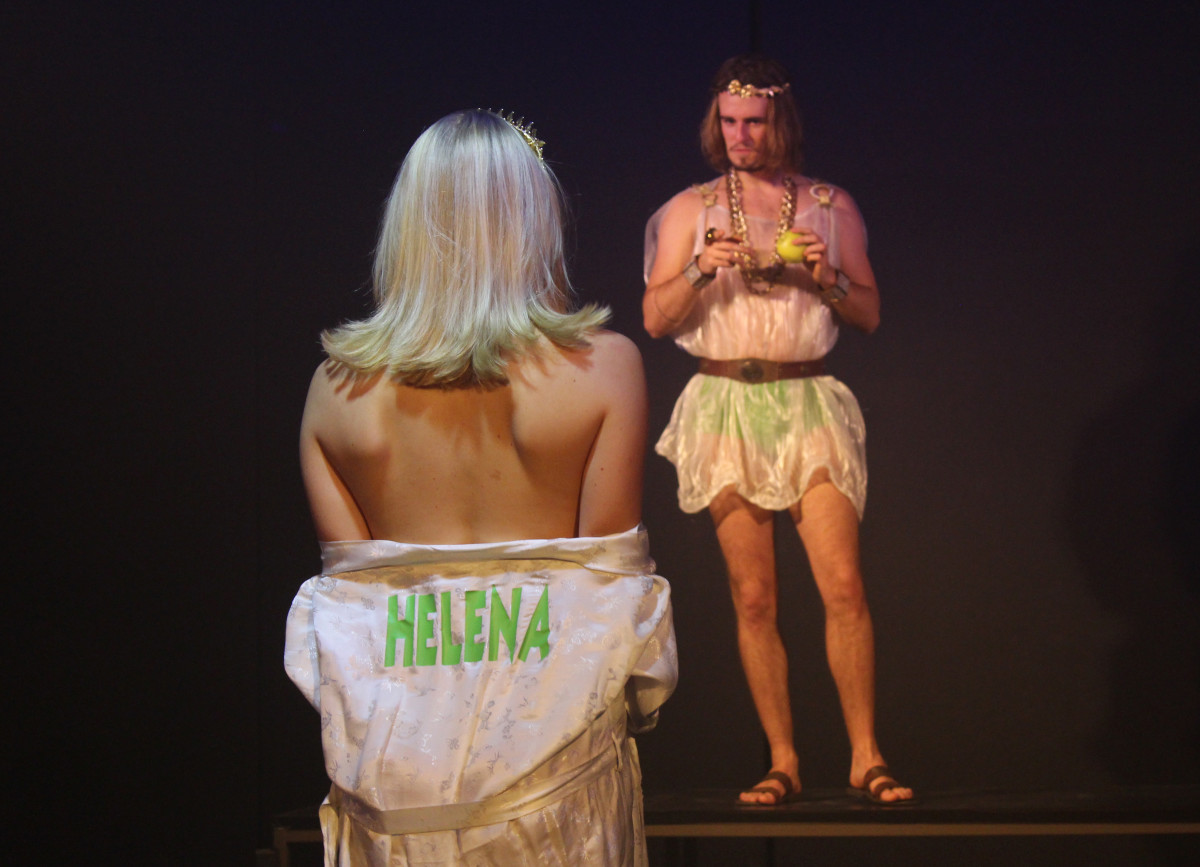 The act 2 encounter of Helena and Paris with the UdK Berlin students. (Photo: Madis Nurms)

This particular UdK group has already proven, back in the summer, what an amazing bunch of hopefuls they are. So seeing and hearing them again with an Offenbach show was a treat.

You could tell that they don’t really have any role models for operetta, which is a blessing. (If I may say so.) Because they approach the genre on their own terms. Guided by Peter Lund and by Adam Benzwi at the piano. 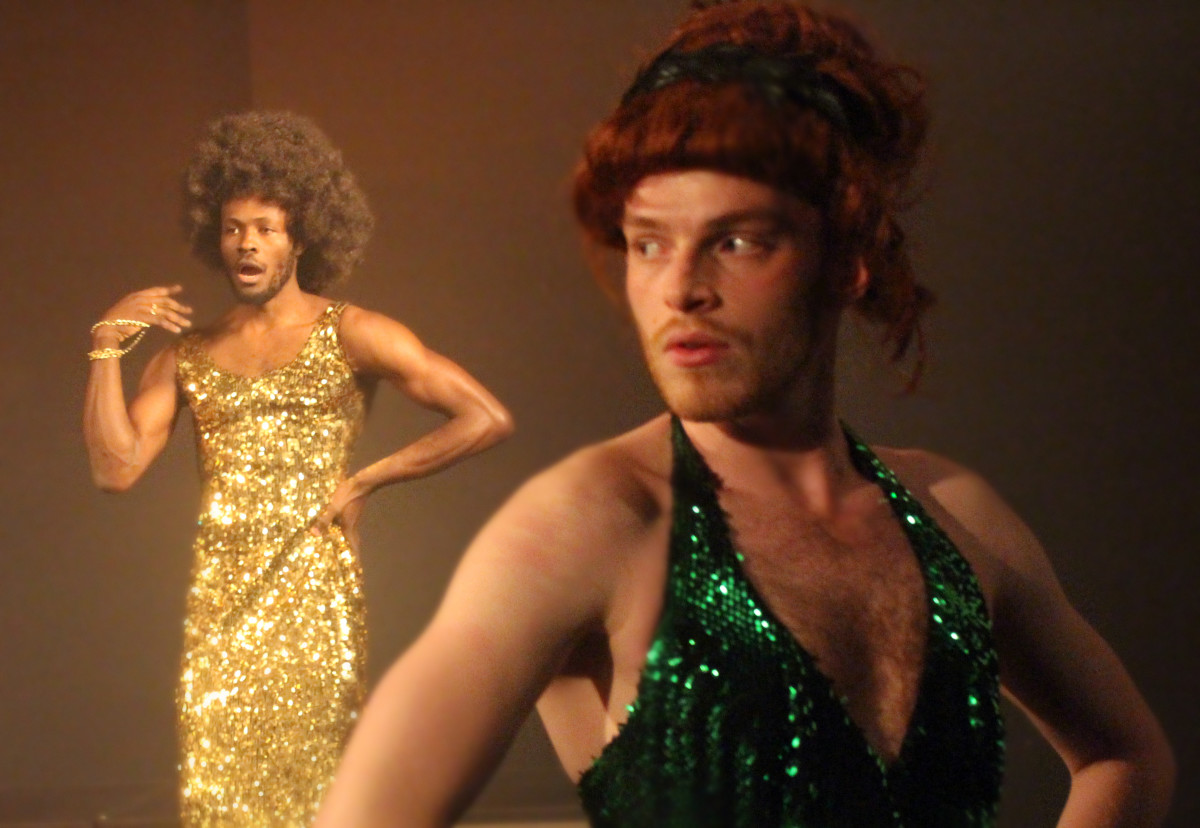 Maybe they haven’t found the perfect personal operetta style yet, but listening to them search for it was so rewarding: because it drew attention to phrases and moments that in ‘grand opera’ productions pass by unnoticed.

And I must add that not since Emile Zola’s Nana and the era of Soldene-Geistinger-Schneider has there been such a stunning looking Helena as here. Even better, in act 2 a different Helena took over who was less sensual, but in her ‘stiff upper lip’ attitude so funny that I nearly fell off my chair laughing towards the end of the big love duet, in which an apple was mishandled in an unspeakable way. 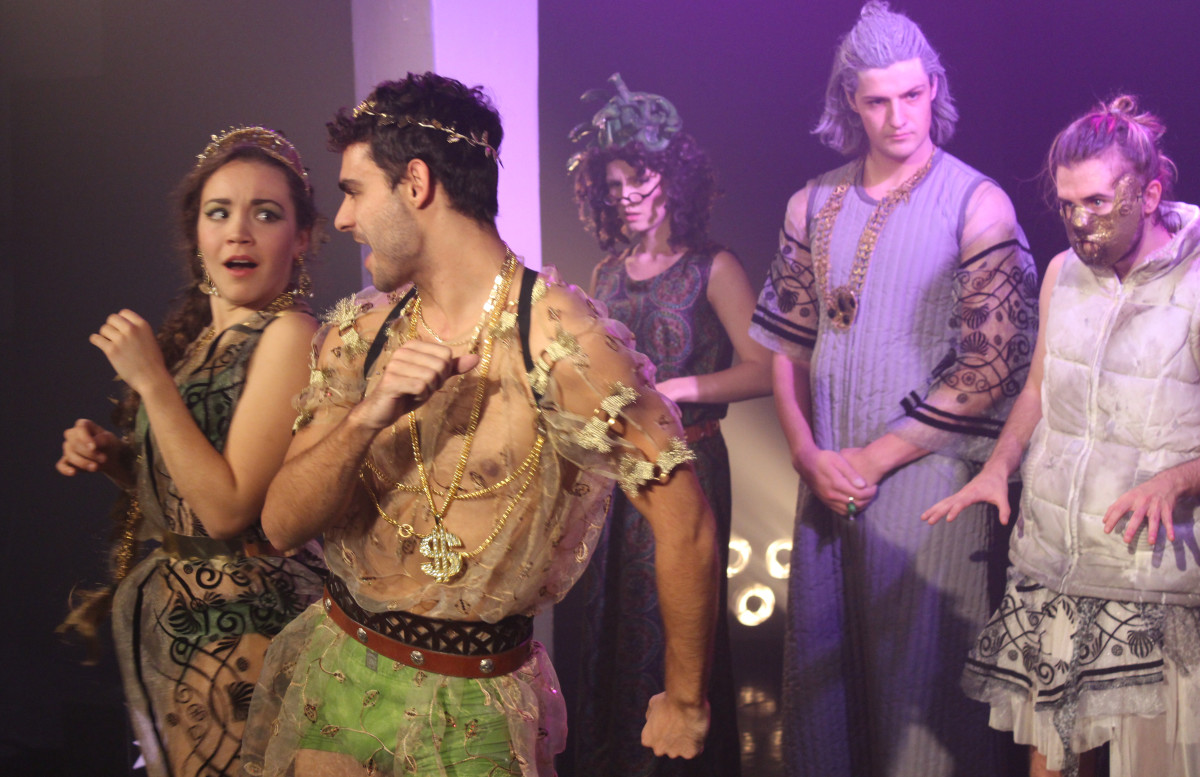 The “Off to Crete” act 1 finale of “La Belle Hélène” with the UdK Berlin students, with the alternating Helena and Paris and Johannes Krimmel as Calchas. (Photo: Madis Nurms)

The sexy look of the production is in no small part the result of the costumes designed by Madis Nurms who is responsible for those green underpants which have the names of the characters written on their backs.

Obviously, the full effect of these costumes depends, in no small measure, on who wears them. And who can wear them without looking utterly ridiculous, even by opéra bouffe standards.

From an Operetta Research Center perspective, I think it’s wonderful that the young musical theater people get to try out various options with regard to operetta, including lots of cross dressing and gender bending. But also including different vocal styles that can be tested and tried.

If I could make a Christmas wish, it would be to see these particular performers in a Belle Hélène that’s not just a Christmas party affair, but a fully rehearsed and choreographed production comparable to their earlier presentation Wenn ja wie viele. (And comparable to their colleagues at the Hochschule in Osnabrück who did Blume von Hawaii at their local opera house this year.)

Because if these students move out into the world and end up in a typical German Stadttheater, it’s very likely that they’ll have to participate in an operetta production. And for that they’ll need more than green underpants, but a sure footing. 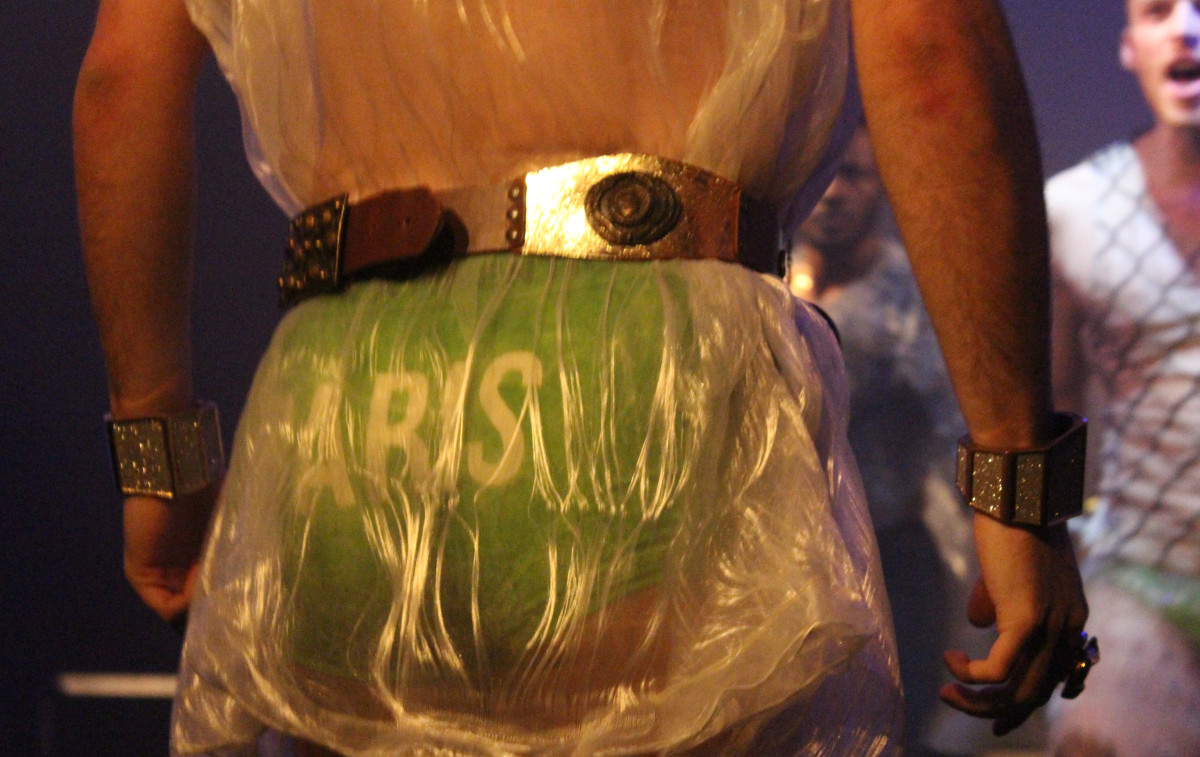 Since Offenbach’s 200th birthday is coming up in 2019, maybe the UdK will give this 60 minute Schöne Helena a repeat performance? And perhaps turn “Voici les rois de la Grèce” into a short video clip?

The Offenbach world can use a bit more disco!