One does not need much prompting to travel to Cottbus: the small town south-east of Berlin has one of the most beautiful theaters in Germany, and the company there offers interesting rare operas on a regular basis. Sometimes they also offer interesting operettas. Now, Cottbus has announced its upcoming 2016/17 season. And there are two new productions that will make operetta fans want to visit. 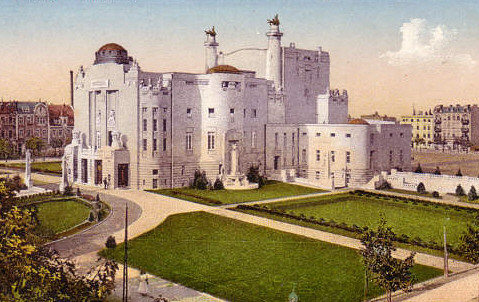 The first is Offenbach’s Ritter Blaubart, based on the famous Walter Felsenstein DDR-version. It will be staged by Steffen Piontek, Ivo Hentschel conducts. The show opens on 5 November on the main stage and should be an opéra bouffe highlight of the year. Also very interesting is a new production of the “musikalische Räuberpistole” Das Wirtshaus im Spessart. If you are not from Germany, you will probably not know the much-loved movie this is based on. But even if you are not familiar with the film, it’s a classic post-WW2 romp of great charm, and with music by Kurt Hoffmann. The lyrics are by Günther Schwenn and Willy Dehmel. The show will be conducted by Frank Bernard, the staging is by intendant Martin Schüler personally. You can see the results from 14 January, 2017 at the Theaterscheune Ströbitz, where a production of Wie einst im Mai is also on offer.