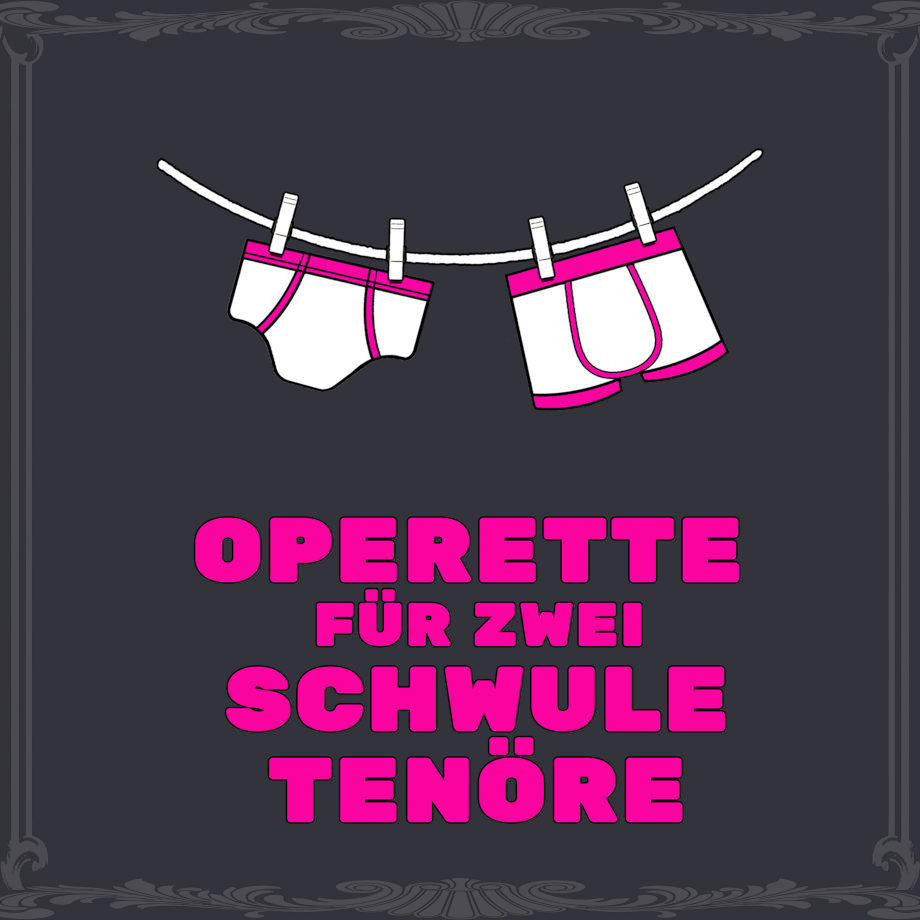 The poster for the 2021 production of “Operette für zwei schwule Tenöre.” (Photo: BKA)

The show is called Operette für zwei schwule Tenöre, i.e. an operetta for two gay tenors, based on a libretto by Johannes Kram and with music by Florian Ludwig. There are performances from 7 to 10 October, and from 13 to 17 October.

The official press release states: “With the world-premiere of Operette für zwei schwule Tenöre Berlin’s BKA Theater celebrates the re-birth of ‘Berlin Operetta’ as a genre that already questioned gender conventions back in the 1920s, glorified diversity and shaped the image of Berlin in the world. 100 years later, Operette für zwei schwule Tenöre continues that tradition: it’s the world’s first operetta with a central queer plot.”

The world’s first operetta with a gay character – if you don’t count Bunthorne in Patience – was The Beastly Bombing with Nitzberg/Neill in 2006 which premiered in Los Angeles and went to Amsterdam in 2009.

The soloists are Felix Heller as “Jan” and Ricardo Frenzel Baudisch as “Tobi”. Frenzel Baudisch is probably known to many operetta aficionados from his various productions at Baden near Wien, including this summer’s Nacht in Venedig at the Sommerarena. You can hear both tenors with “Ich steh total auf Jens Riewa” in a short video clip that was released this week.

Florian Ludewig is familiar to Berlin audiences as the composer and pianist of “Malediva,” he’s also part of the pop cabaret duo “Korff/Ludewig.”

Dramatist Johannes Kram, on the other hand, is known for his Nollendorfblog and QUEERKRAM podcast which recently received a Grimme Online Award in the category “Kultur und Unterhaltung.”

The first public reading of the show took place at Schwules Museum in the context of a Siegfried Wagner exhibition. The show’s big hit “Ein Liebeslied von Mann zu Mann“ was recorded back then and turned into an emotionally stirring little video by the museum.