German tenor Philip Lüsebrink studied at Hamburg’s Johannes Brahms Conservatory; and built quite a career for himself singing and directing operettas: Hanseatic style. At the moment, he stars in the Hamburg production of Jessel’s Das Schwarzwaldmädel. Not your usual show young and self-respecting operetta hunks get hot and bothered about. Which is all the more reason why we wanted to talk with Mr. Lüsebrink and find out more. 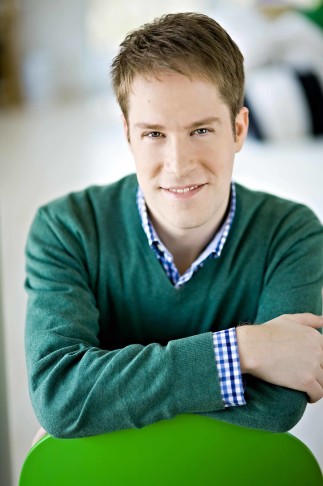 What’s a young guy like you doing in “operetta land”?

I sing, dance and direct in “operetta land.” (laughs) So far, I have done 35 operetta roles. Much more than opera-roles. I wrote operetta revues and choreographed them too. Why? Because I love the music and the way operetta plays with language, characters, history and social issues. The genre offers emotions of all kinds, it is frivolous, political and a mirror of society, past and present. For me, operetta can do all of this better than musical comedy or opera.

Do you have any idols in the operetta world?

There has been a lot of press on the success of these glamorous Komische Oper productions you just mentioned. You are involved with the Engelsaal productions in Hamburg. How do they compare to Barrie Kosky’s approach?

You cannot – absolutely not – compare these productions. The Engelsaal is a small private theatre with no subsedies. It has 130 seats, a small stage. Decorations, costumes, choir, dancers, orchestra à la Kosky are not possible to finance. High royalties to publishers and operetta heirs are the next problem, so that not every operetta can to be performed. If we perform a title, it has to be a version for no more than six or seven singers/actors, for money reasons. Also, our operetta audience is different to the audience at the Komische Oper. In Berlin there are young operetta-stars, we usually do not have these in Hamburg. Also, in Hamburg we have an older audience. 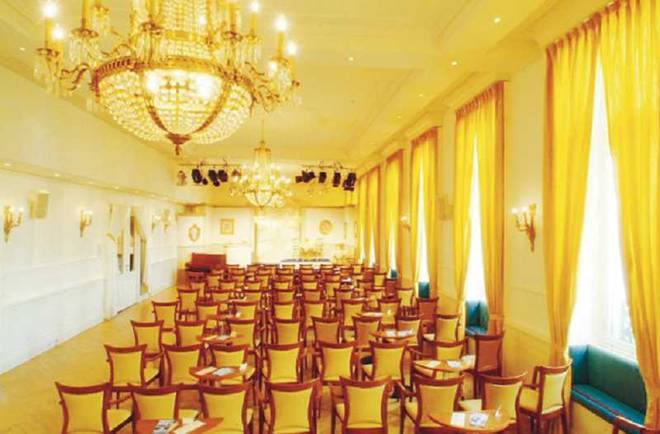 Could an Engelsaal audience enjoy a Kosky production, or the other way around? Or are there – as always – parallel universes when it comes to operetta?

I think the Engelsaal audience would love Clivia and Eine Frau, die weiß, was sie will. They offer the right mixture of modernity and kitsch, and would be totally accepted here. Ball im Savoy and Belle Hélène, which I personally adore as productions by Kosky, would be more difficult. Our Engelsaal audience is older, and they make comparison between performances now and their memories of treasured performances of the past. Most have seen and heard the old Schock/Rothenberger/Köth versions. They loved them, they remember them, and that’s what they want to see and hear again. And again. They enjoy the moment of remembrance, and tell us performers about the old times regularly. That’s a situation you don’t have to deal with at the Komische Oper, where there are many more young and first-encounter visitors who are more open minded. Looking at it the other way round, there are some Hamburg productions the Kosky audience could enjoy. I think our Vetter aus Dingsda or the revue Schlösser, die im Monde liegen is loved by old and young audiences alike. Wiener Blut and Land des Lächelns, on the other hand, would be too old fashioned for avant-garde Berliners, I guess. (laughs) 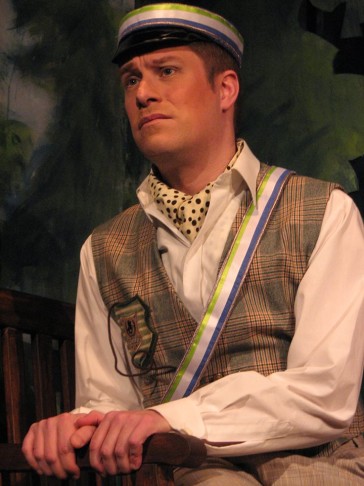 One of your recent roles was in Schwarzwaldmädel. It’s a show many people consider ultimate kitsch, and refuse to even listen to the music. What was your experience with Jessel’s show?

The topic of the “Cäcilienfest” and the Black Forrest costumes are kind of frightening for many people. (laughs) For me, it’s always interesting to find a reason why we play such a show today. I really like Jessel’s music and the different relations between the characters you find in Schwarzwaldmädel: the contrast between values and traditions … as represented by the Black Forrest locals and the visitors from Berlin. Unfortunately, we do not have actors for every role on stage, so we tell the “big story,” but not every detail. Still, I love to tell and show the old “kitsch” inherent to Schwarzwaldmädel with a wink.

When you talk with friends and family, what’s their reaction to you doing operetta?

At first, many turned up their noses, saying “It’s old fashion kitsch.” But when I started talking about the music, the crazy dialogue, or just the absurd stories which can be presented in a funny way, they started to be interested too. I already convinced a few of them to explore the world of operetta. And they enjoyed the adventure.

Is there a real market for operetta singers in Germany, or are you limited to certain hot spots?

I really hope there will be a market in the future. I think the impulses come from Berlin. The fact that every Stadttheater in Germany is currently rediscovering Abraham, Dostal, Oscar Straus, and not just playing Lehar and Johann Strauss anymore, is a good sign for the future. The Musikalische Komödie and Engelsaal are old fashioned houses with an old fashioned ideal for staging and presenting operetta. The Komische Oper is the modern counterpart to this. The Gärtnerplatz and Staatsoperette Dresden are somewhere in-between. But they all play operetta, full time!

When you look at operetta performances internationally, how would you describe what’s unique about the German scene?

In Germany it is possible to go back to the roots of operetta. Here, it is possible to be sexy, frivolous, and topless if need be: a man can play the diva, or the other way around. It is entertainment, cabaret and amusement, all at the same time.

And how does Austria compare to Germany in terms of dealing with its operetta heritage?

I don’t know enough about recent Austrian performances to answer this, sorry. (laughs) 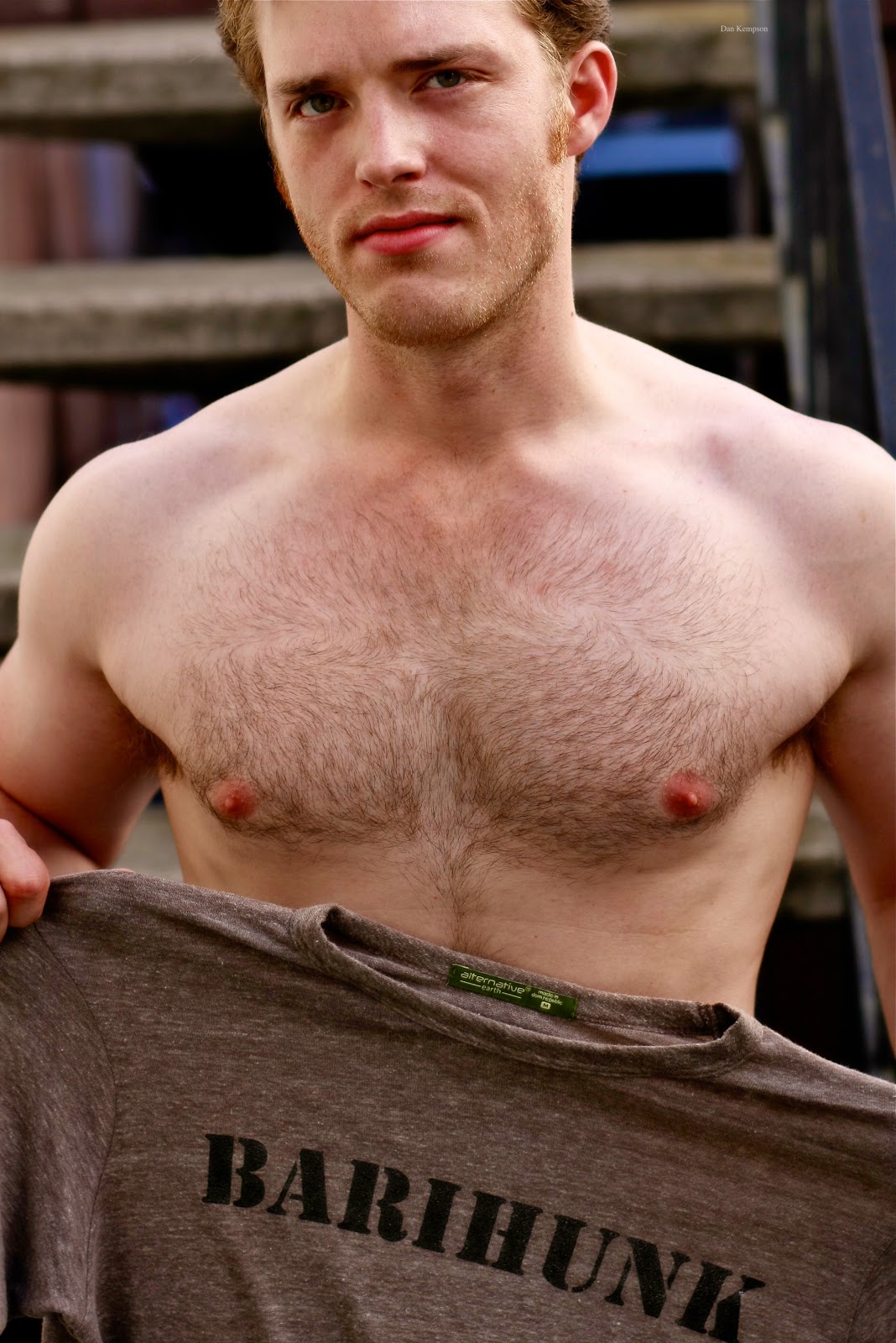 Talking about topless performers: In the world of opera, you have Barihunks….. sexy singers presenting themselves without a shirt on, to draw in audiences. How important is physical appearance for young operetta singers, male or female?

Obviously, I like seeing beautiful singers and dancers on stage. It’s sexy and can be great for lover roles. But for me, in operetta it is more important to see “types” and great characters. When I see an operetta, I want somebody telling me a story. To have an Adonis on stage is eye candy, but not the most important aspect of a production for me.

What’s your next project or role, and why do you look forward to it?

I love all my current roles: Josef, Boni, Richard etc. I will work on a “small” version of Viktoria und ihr Hussar next. I just love the music, so I cannot resist doing an adaptation. 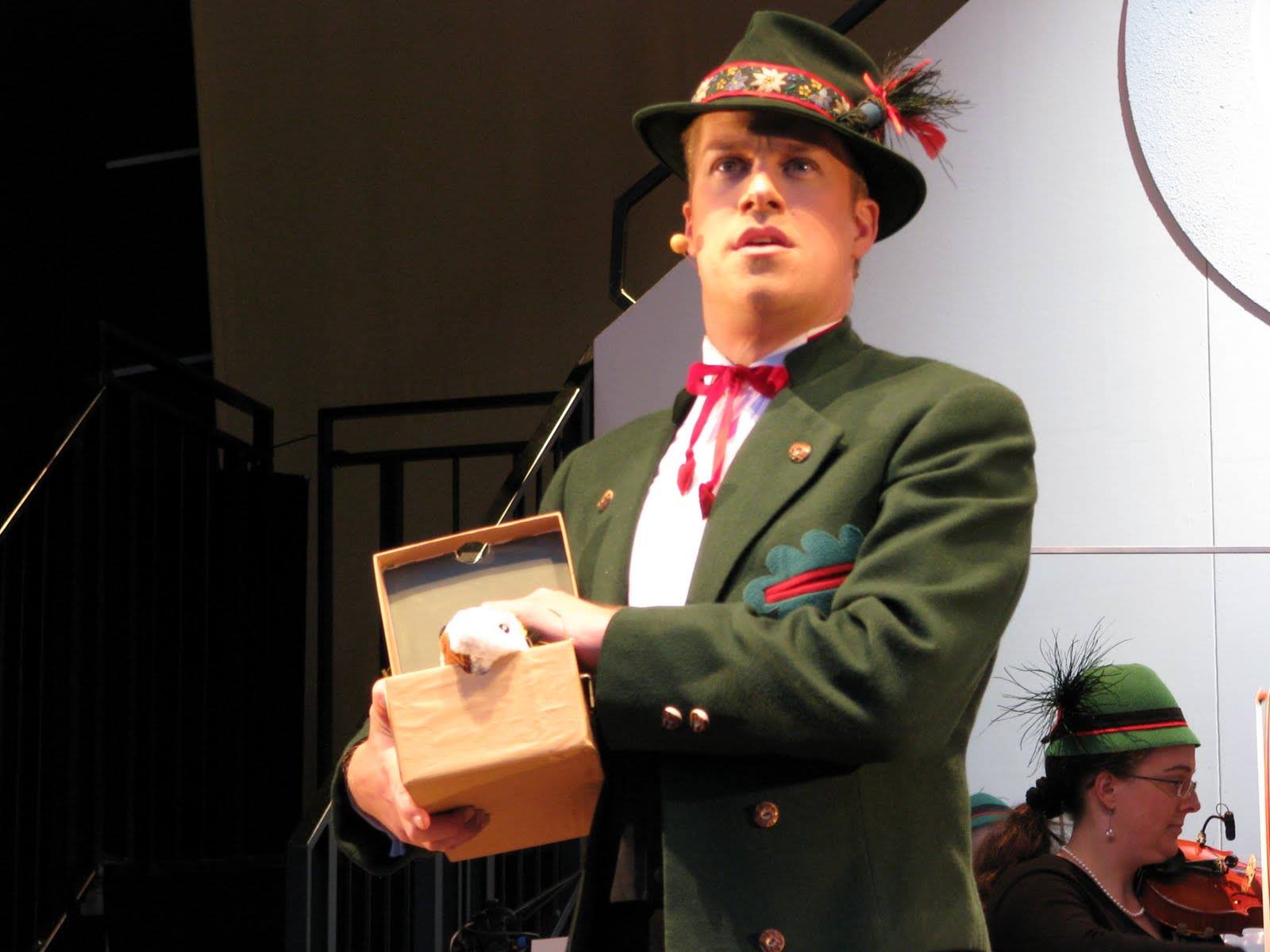 If you could take one operetta recording with you to a desert island, which would it be?

If you could meet one operetta performer and get a master class or personal advice from him/her, who would you chose?

As singer i would chose Dagmar Manzel. Years ago, I had my first contract while I was studying at university at the Deutsches Theater Berlin. I got to play in Gerolstein with her. Which was an amazing experience; and she was an amazing Grand Duchess! I also love her performance of Eine Frau, die weiß, was sie will. For me, Manzel represents the perfect way to play with music, language, character, and gestures…. She takes everything very seriously, but always with a wink. And she can switch between tragedy and slapstick in a blink.

There is so much variety to her portrayals. They are never one dimensional or boring.

As stage director, I would chose Barrie Kosky. I would love to get personal advice from him and talk with him about how to work on a new version of an operetta. He, as an Australian artist and director, takes operetta at face value, pure and simple. There is none of the obtrusive „German point of view,” trying to deconstruct everything. For me that is the reason why his operetta productions are so fresh, naughty, arousing and funny. For me, his “unashamed entertainment”-way of doing operetta is the way it should be done (and how it was written).