Probably the best of the later, post Raymond Vincy, musical shows written by the already fading Francis Lopez, Viva Napoli was produced in Lille in 1969 and subsequently made its way to Paris’s Théâtre Mogador where it opened on 4 September 1970 and managed a season of 100 performances before going back to the provinces and well-earned popularity. 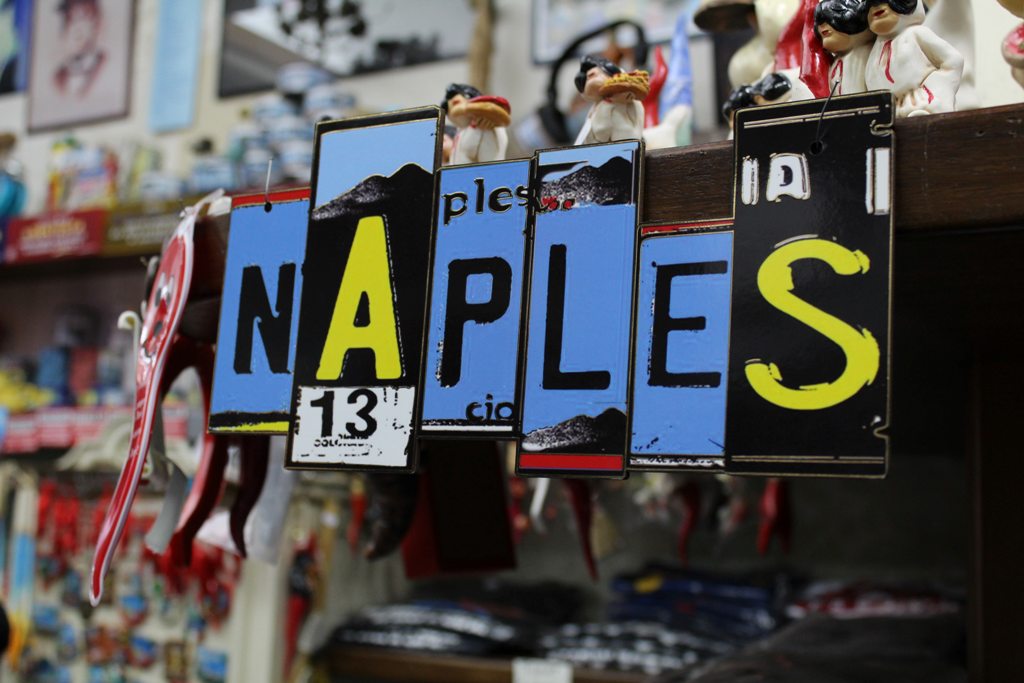 A “Naples” sign in a souvenir shop in Italy. (Photo: A.R.T. Paola / Unsplash)

The piece starred Rudi Hirigoyen as Gino, a Neapolitan water-seller, who is the double of Napoléon Bonaparte and who stands in for the emperor in a diversionary kind of I-was-Monty’s-double situation, to allow him to beat the English and head on to fame and ill-fortune. The love interest was Maria Scarlettina (Angelina Cristi), an attendant of Queen Caroline of Naples, plotting to assassinate Bonaparte but falling in love with him in his plebeian disguise, whilst the good-for-little Beppo (Jean-Louis Blèze/Henri Gènes) and his bossy Pepina (Arta Verlen) provided the usual ration of comical and song-and-dance moments.

A score which had as many reminiscences of every other Lopez opérette as the plotline had of the early work of his late librettist, Vincy, nevertheless produced some fine songs: a stirring march for Bonaparte (‘Soldats, je suis content de vous’), a pretty entrance song for Maria (‘Les fleurs d’Italie’), some lively duos for the comics (‘Les Italiennes’, ‘La Mandoline a du bon’) and a comical scaredy-cat ‘Aie! Mamma mia!’ for Beppo, as well as an interpolated waltz for the Queen of Naples, written by Madame Lopez in perfect imitation of her husband’s style.