One of the most successful of the series of post-war musicals authored by Raymond Vincy (and, in this case, Albert Willemetz) and Francis Lopez, Andalousie adhered closely to the classic formula which had been so successful in their first big hit, La Belle de Cadix. There was a big, central tenor rôle made to feature the earlier show’s star, Luis Mariano, who was again paired with a soprano sweetheart and supported by a contrasting soubrette pair, a rival-in-love baritone, and some minor comedy characters, all embroiled in a story where romance, comedy and a touch of drama were mixed with a mise-en-scène which, whilst allowing plenty of colour, did not rely on its grand spectacle as its principal attraction, as would too many Parisian musical shows a few years later. The show opened at the Théâtre de la Gaîté-Lyrique in Paris on 25 October 1947. 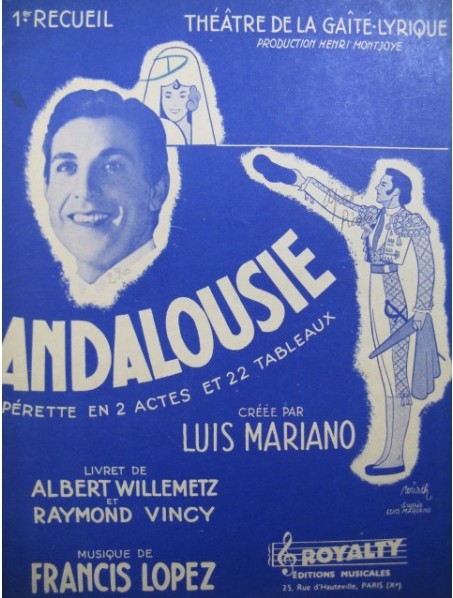 Program for the “Andalousie” production at the Théâtre de la Gaîté-Lyrique. (Photo: ebay)

The poor Andalusian pot-seller Juanito (Mariano) makes himself a name as a bull-fighter and, promising to return, rich and famous, to his beloved Dolores (Marina Hotine), he sets sail to take up a contract in Caracas. To the annoyance of the dashing rebel Rodriguez Valiente (Pierre Faure), he attracts the attentions of the Viennese soprano, Fanny Miller (Sophia Botény), who intercepts his letters home, leaving the disappointed Dolores to give up waiting and take a job as a saucy singer. When Juanito arrives home, triumphant, with Fanny following in his wake, he is horrified to find what has happened, and Valiente venges himself for Frln Miller’s indifference by taking up with the Spanish girl. Things come to a peak when the desperate Juanito almost lets himself be gored in the ring. Fanny admits her deception and returns with Valiente (now – thanks to a little revolution – promoted President) to Venezuela, leaving the lovers to a happy ending. 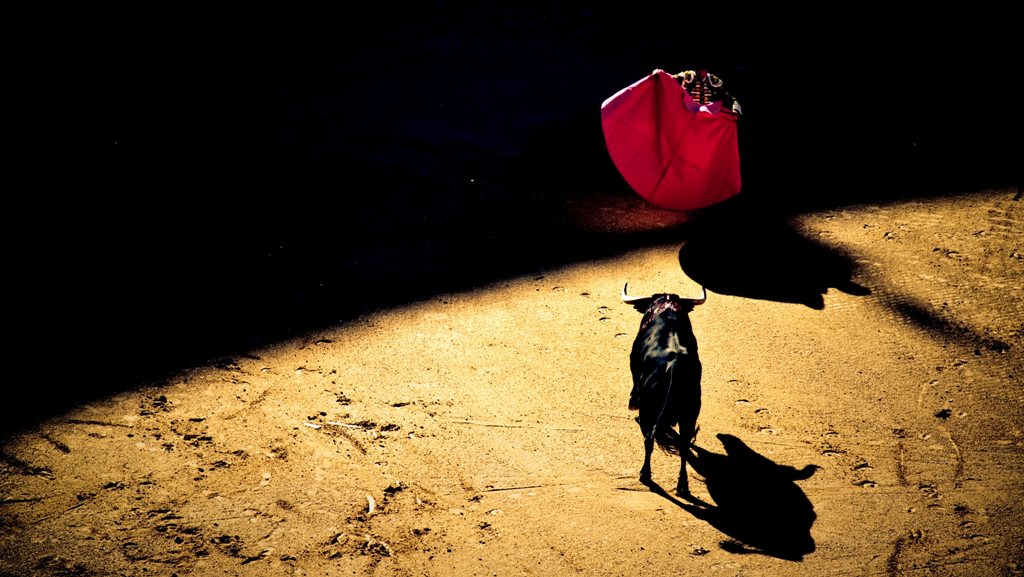 The parallel comic tale concerned little Pépé (Maurice Bacquet), who spends the evening gathering together all the impossible items needed to brew the gipsy love potion which will win him Pilar (Gise Mey), a señorita who is determined to wed only the man predicted to her by a local fortune-teller. Pépé follows Juanito to Venezuela, as does a curious little fellow called Baedecker (O’Brady) who has this crazy idea of writing travel guide books. They get mixed up with a large South American with a larger knife (Metairie) and suffer many a vagary before their happy ending is reached.

Lopez’s score was a blatantly tuneful one. The tenor ran the gamut, entering as ‘Le Marchand d’alcarazas’, swearing his love for Dolores (‘Je veux t’aimer d’un amour merveilleux’) and his country (‘Andalucia mia’) in throbbing tones, challenging the bull (‘Ole Torero’), arriving home rhythmically to ‘C’est la fête à Seville’ and pouring out his troubled heart to ‘Santa Maria’ in a pre-fight prayer, whilst the soprano had one of Lopez’s prettiest waltz tunes in the tipsy ‘Ça fait tourner la tête’, sung by Dolores as she nervously sips an unaccustomed sherry whilst awaiting her staged rendez-vous with Valiente.

The baritone song (‘Seul, je vais par tous les chemins’) and the soubret pieces were a touch less effective than their Belle de Cadix equivalents, but the sum total was a score which was as good as anything of its time and place. 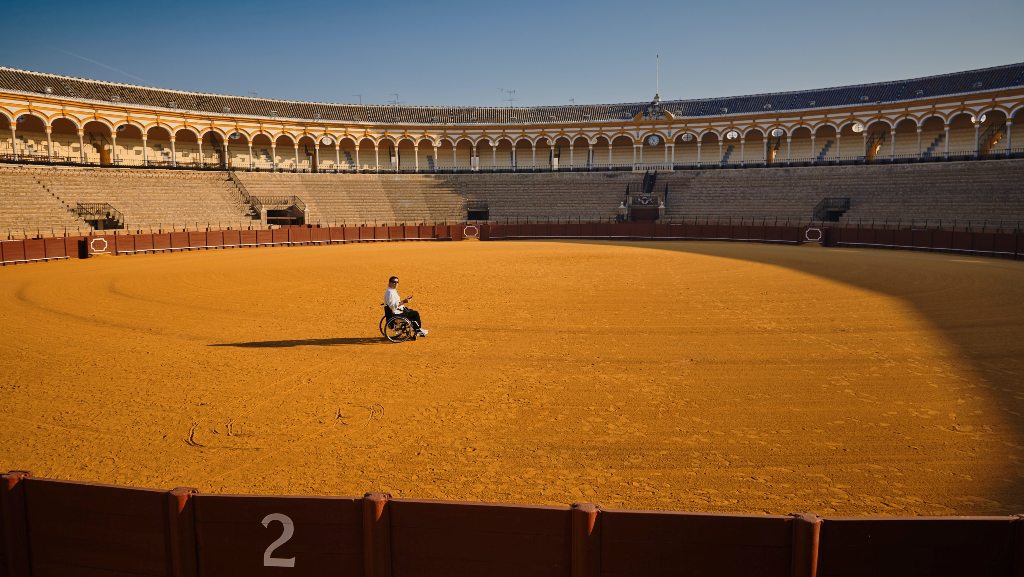 A man in a wheelchair in a bullfighting arena in Southern Spain. Photo: Vidar Nordli Mathisen / Unsplash)

Andalousie confirmed the success of La Belle de Cadix with a 12-month run at the Gaîté-Lyrique before heading for the provinces and other French-speaking parts of the world. A pair of film versions were produced, with Mariano and Carmen Sevilla teamed with Baquet and Pirrette Souplex in French and with a Spanish cast for a Spanish-language repeat (El sueño Andalucia) and the show returned to Paris in 1954 for a season (Gaîté-Lyrique, August) with Rudi Hirigoyen, Baquet and Mlles Mey (Dolores), Arta Verlen and Doris Marnier featured. Since that date, Andalousie has been regularly reprised in French provincial theatres.