As much as one show can, La Belle de Cadix marked the same kind of a turning in the musical theatre in France as, around the same time, the production of Oklahoma! encouraged in America. It led the fashion definitively away from the light-footed and -hearted comedy musicals which had triumphed during the 1920s, but had now rather lost their zing, back to an up-to-date version of the colourful, romantic musical play with its standard operettic construction and cast. Opening night was in Paris on 24 December 1945 at Casino-Montparnasse. Francis Lopez wrote the music to lyrics by Maurice Vandair and a book by Raymond Vincy and Marc-Cab. 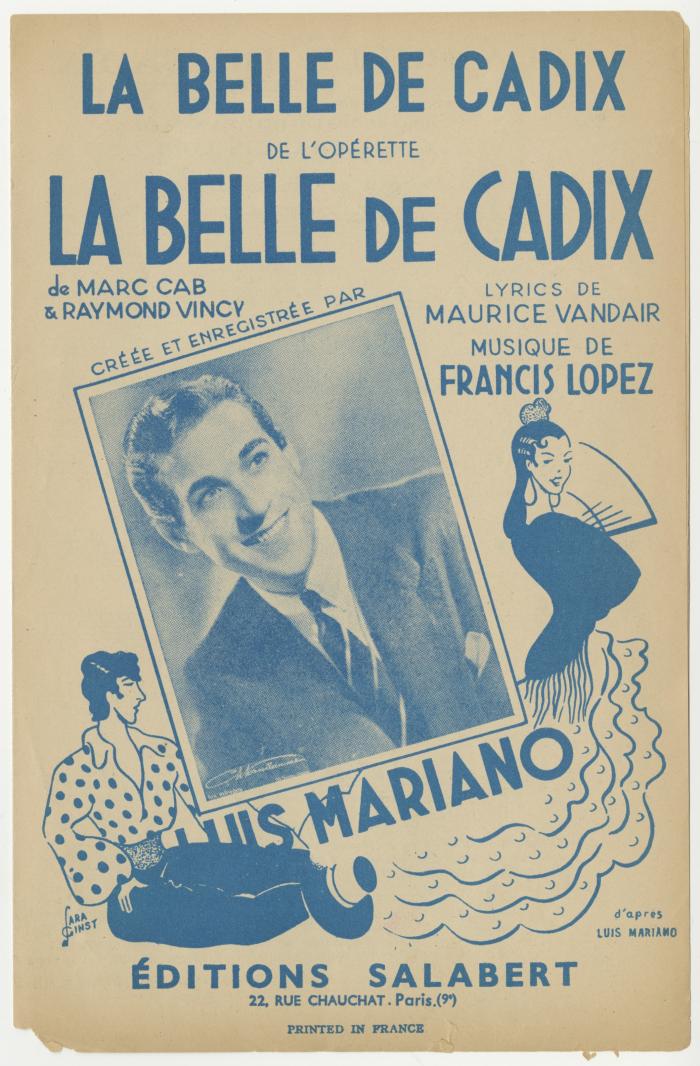 The hero of the tale was celluloid star Carlos Médina (Luis Mariano) who goes to the Spanish hills to film scenes for his La Belle de Cadix. Local girl Maria-Luisa (France Aubert) is chosen to play his gipsy bride, but over-helpful Pépa (Jacquie Flynt) supplies a real gipsy king for the part of the screenic gipsy king and, thus, the two are married for real. Since Carlos is engaged to an American tobacco heiress (Simone Chobillon) and Maria-Luisa to a jealous and macho gipsy (Fabrézy), there is an actful of problems to be surmounted before they choose to stay married. Alongside the romantic tale ran the comical one of the little production assistant, Manillon (Roger Lacoste), who pretends to be the film’s director in order to attract the girls, and who gets more than he bargained for in Pépa.

Vincy’s well-proportioned book was illustrated by a set of songs which, first and foremost, gave the leading tenor an opportunity to shine. Mariano made himself a star with his performance of the tenor’s long list of numbers and at the same time turned the show’s title-song into an enormous hit. ‘La Belle de Cadix’ was followed up with his praises of ‘Maria-Luisa’, memories of ‘Le Clocher du village’, the celebration of ‘La Fiesta bohémienne’, a dejected farewell to Spain (‘Une nuit à Grenade’) and a duetting ‘Rendez-vous sur la lune’ which seemed to owe just a little to Rudolf Friml’s ‘Indian Love Call’, all of which still left place for the heroine to wander through ‘Les Sentiers de la montagne’, Ramirès the gipsy to make another hit out of his scornful baritone piece on ‘Le Coeur des femmes’, and Manillon and Pépa to bounce through several happy soubret numbers. 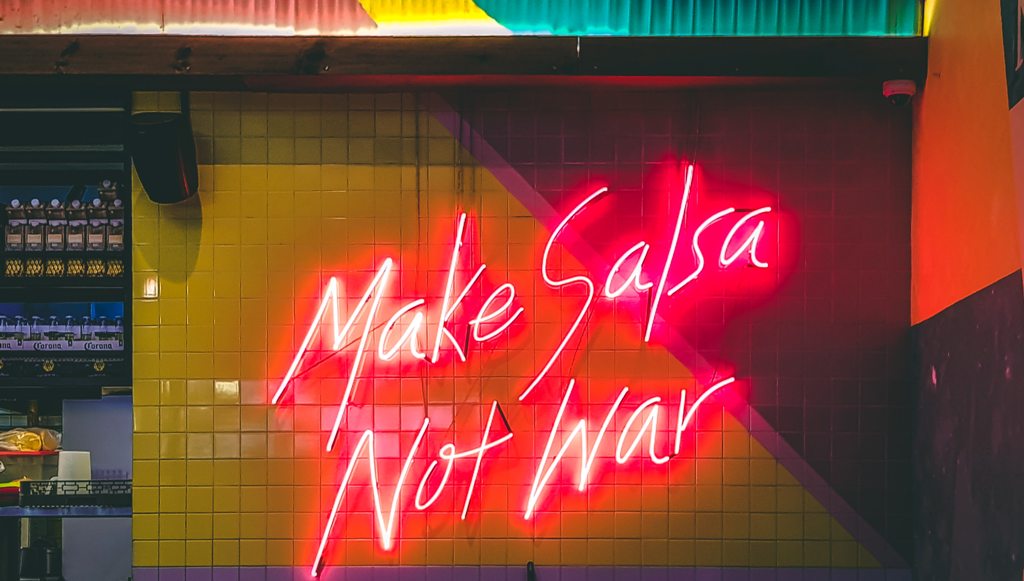 Produced with all the colour that its settings allowed (designed by Mariano, a former art student), La Belle de Cadix – which had been originally commissioned by Laurallier of the Casino Montparnasse for a 50-performance season over the Christmas period to replace a cancelled Edith Piaf show – emerged as a major hit. It celebrated the end of the war by playing two full seasons in Paris, and just two years later it was revived, in an enlarged version, by Maurice Lehmann at the Théâtre de l’Empire (17 December 1949) with Mariano paired with top soprano Lina Dachary. Thereafter La Belle de Cadix barely quitted the stages of France. It returned to Paris again in 1958 (Gaîté-Lyrique 20 November) with Antonio Rossano starred, in 1977 (Théâtre Mogador 5 February, 85 performances) with Miguel Cortez, in 1979 (Théâtre de la Renaissance) with Jose Villamor, who had played Ramirès in the previous production, and again in 1991 (Théâtre de la Renaissance, 17 February) with Cortez and Carlo di Angelo alternating in Mariano’s rôle. A film version was made in 1953 with Mariano starred alongside Carmen Sevilla, Jean Tissier, Pierjac, Claude Nicot and Claire Maurier.

Like the rest of the French musical plays of its time, La Belle de Cadix has, in spite of its continuing home popularity, been rarely seen outside France, although Lopez related in his rather braggy autobiography that a contract for a Broadway production that was to have been signed between his publisher, Salabert, and the Shubert organization was abandoned when Salabert was killed in a plane crash on his way to America. Maybe. Maybe not.