Le Chanteur de Mexico followed behind La Belle de Cadix and Andalousie in the continuing series of Raymond Vincy/Francis Lopez opérettes, as a vehicle, and an ever more lavish one – mounted this time on the stage of the huge Théâtre du Châtelet – for star tenor Luis Mariano. It opened in Paris on 15 December 1951. 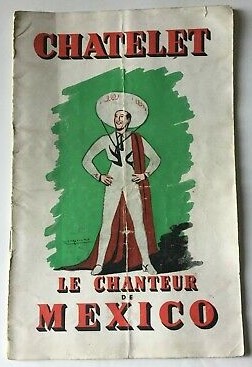 Mariano played Vincent Etchebar, a striving singer from Saint Jean-de-Luz who, with his pal Bilou (Pierjac) in tow, goes up to Paris to try his luck in the big city. They fall in with pretty Cri-Cri (Lilo), and before long Vincent wins a competition and, without knowing it, the heart of Cri-Cri. The opérette singer Eva (Jacqueline Chambard) needs someone to replace her tenor, Miguelito, who is refusing to go on tour to Mexico, and Vincent gets the job. When he arrives in South America, he gets mixed up with the rebel Zapata (Robert Jysor) and the whip-cracking Tornada (Monique Bert) – both of whom are after the real Miguelito – and events both hair-raising and amorous make up the action of the second act before the happy ending arrives with its ritual pairing-off.

The songs of Le Chanteur de Mexico were in the already recognizable Lopez vein, and existed very largely for the benefit of Vincent/Mariano. He yodelled out the praises of ‘Mexico’ and ‘El Tequila’, crooned to the ‘Rossignol de mes amours’ and his ‘Mateïchu’, got misty over his home-town in ‘Il est un coin de France’ whilst nevertheless insisting that ‘Je me souviendrai d’Acapulco’ and, from way above the city – in one of the evening’s most appreciated stage pictures – commented on what it was like ‘Quand on voit Paris d’en haut’. The other principals got the odd look in, Cri-Cri coming out the best with her ‘Ça me fait quelqu’chose’, Eva waltzingly admitting that she is ‘Capricieuse’ and Zapata pounding out the regulation baritone number which had become a feature of the Vincy/Lopez shows since La Belle de Cadix’s ‘Le Coeur des femmes’.

Le Chanteur de Mexico was all it was designed to be: a first-rate vehicle for Mariano and a splendid stage spectacle, and if it was a little less fresh and attractive than the two preceding vehicles, the public enjoyed it just as much. They filled its vast theatre for a year for Mariano and then a second year for his successor, Rudi Hirigoyen – no taller than Mariano, but equipped with a popular tenor voice which did masculine miracles with the music. By the time the show finished its first Paris run, it had clocked up 905 performances.

In 1956 Mariano teamed with Bourvil (Bilou), Tilda Thamar (Eva) and Annie Cordy (Cri-Cri) to put Le Chanteur de Mexico on film in what proved, in spite of some rather lopsided cutting of the original story-line, to be one of the most popular French musical films of its time. 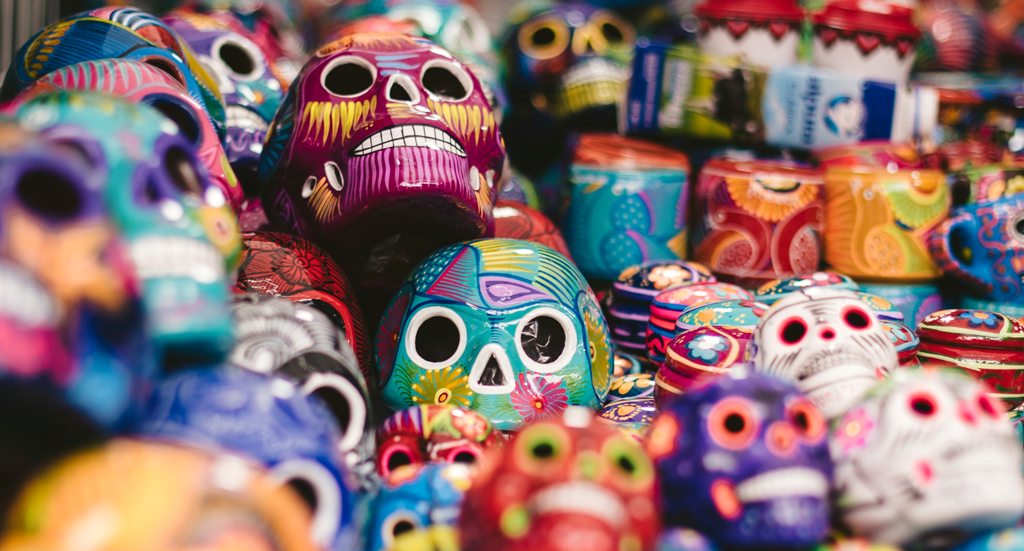 As for the show, there can scarcely have been a year in the some 50 since its first performances where it has not toured or played at least one provincial French house, remaining one of the most frequently played of all Lopez’s popular early works.