In the United Kingdom restrictions on ‘live’ performance, owing to Covid-19, were lifted with regard to outdoor theatre at the end of July and the picturesque Watermill Theatre at Bagnor near Newbury in Berkshire was one of the first theatres to announce a socially-distanced production of Lerner and Loewe’s Camelot, not professionally staged in the UK for many years. 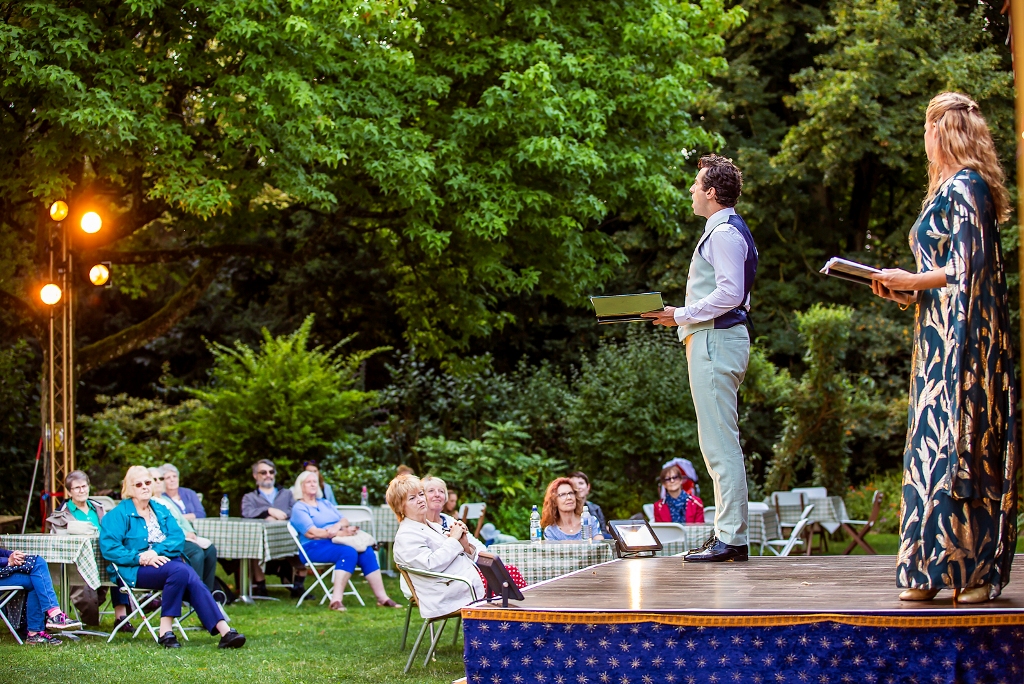 I remember seeing the original London production starring Laurence Harvey and Elizabeth Larner in the 1960s when I was about 17 years old – the main thing  being that it lasted three and a half (rather tedious) hours. However this was nothing compared to the Toronto production which had stretched to four and a half. But it was a show that I had always wanted to see again, being convinced that it could not really be as bad as I remembered!

The undoubted star of the Watermill production must be David Lee, who has reduced the playing time to 90 minutes plus an interval for a cast of ten, seven of whom are actor-musicians, also accompanying the show.

He has omitted the roles of both Merlin and the evil Morgan Le Fey, whilst reducing the amount of Lerner’s dated, pseudo-archaic dialogue to the bare minimum. 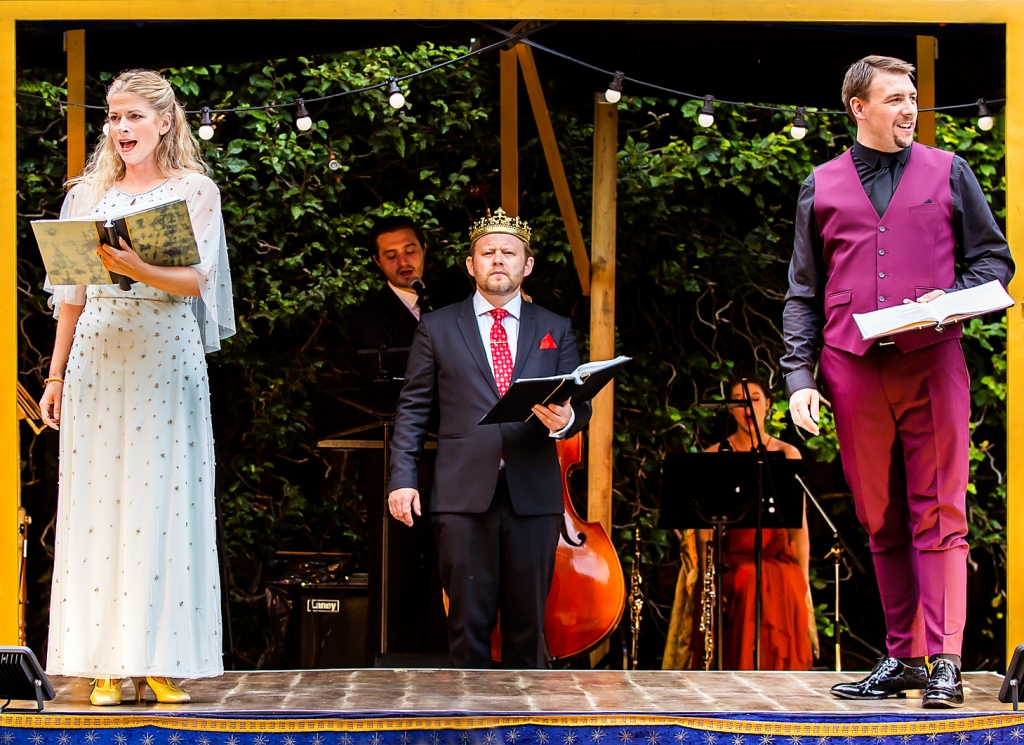 The plot, such as there is, concerns Lancelot’s ‘affair’ with King Arthur’s wife, Guenevere, and the attempts by the evil Mordred to unseat the king. 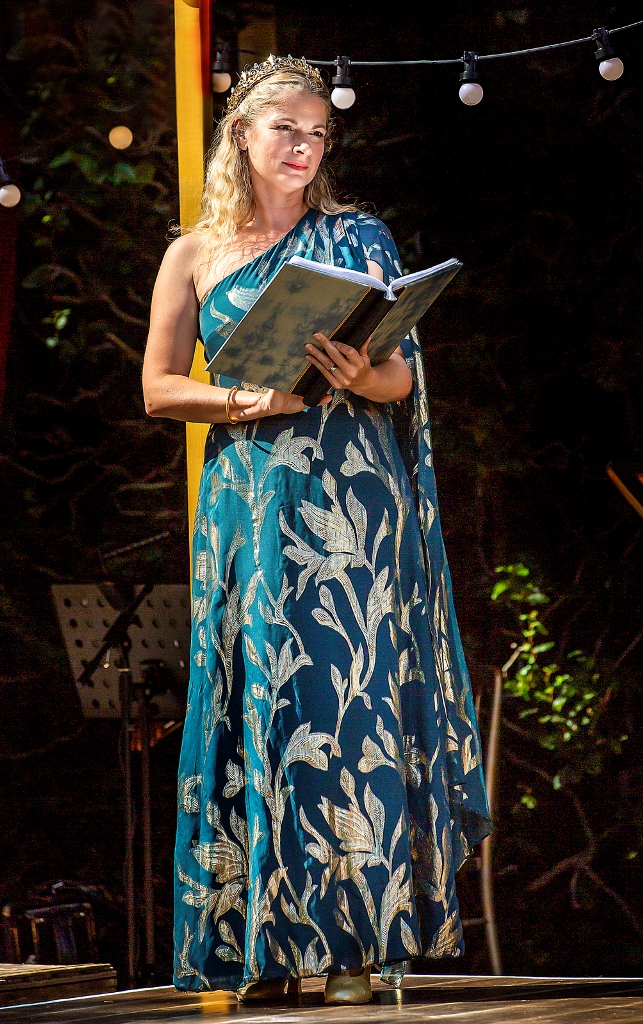 One of the oft-repeated comments of the various original productions was that, in spite of its length, there was very little story for the audience to get involved in.

Some of the musical numbers are well known, having achieved an independent life: “I wonder what the King is doing tonight,” “The simple joys of maidenhood,” “Camelot” (recently recycled by Randy Rainbow as “Kamala”), “How to Handle a Woman,” and “If Ever I would leave you,” all of which are sung in Act One or at the very start of Act Two, which seems strange, as the rest of the music in the second half seems to lack inspiration.

Strange also are the finales of both acts which just fade away without building to any sort of climax.

Marc Antolin brought terrific energy and humour to the role of Lancelot, boasting a very attractive high baritone with an unusual tremolo.  He was dressed in a very smart off white three piece suit – clearly period dress had been jettisoned by the costume designer, Emily Barratt. 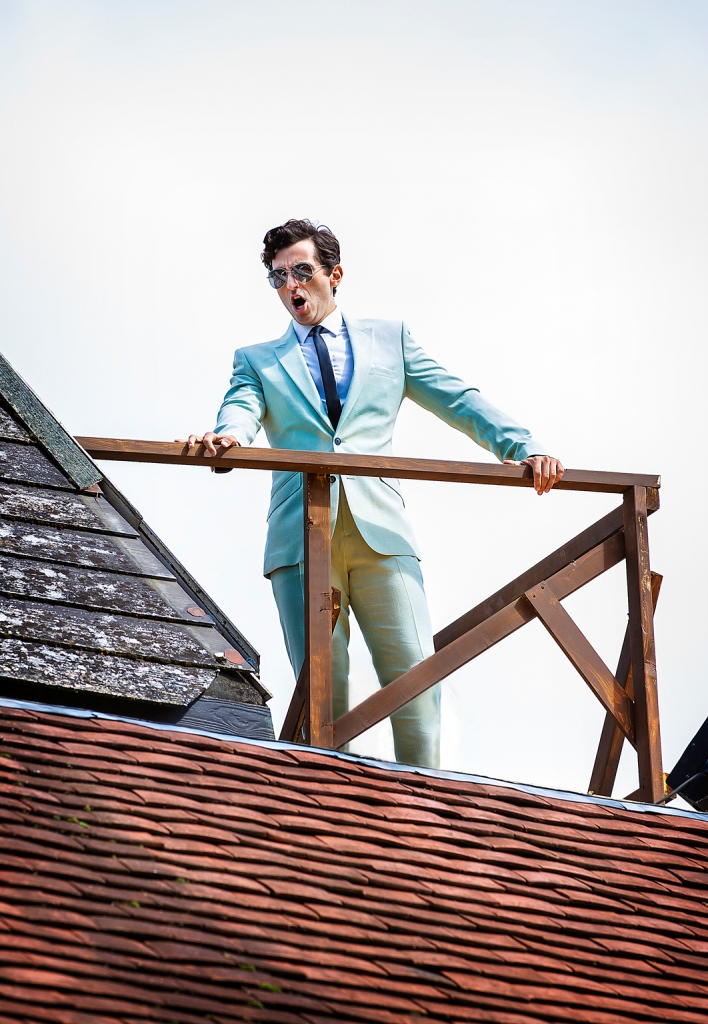 Caroline Sheen had the necessary gravitas and charisma as Guenevere, as well as possessing an attractive soprano.

Kurt Gänzl describes Arthur as being “boyish and immature,” which Michael Jibson wasn’t. He also lacked the necessary presence, stature and authority that the role requires, but, as with the rest of the cast, he was hampered by having to hold a script all the time. Presumably Camelot had been staged so quickly that director Paul Hart had made the decision that scripts would be used, but it did get in the way of communication between actors and audience. 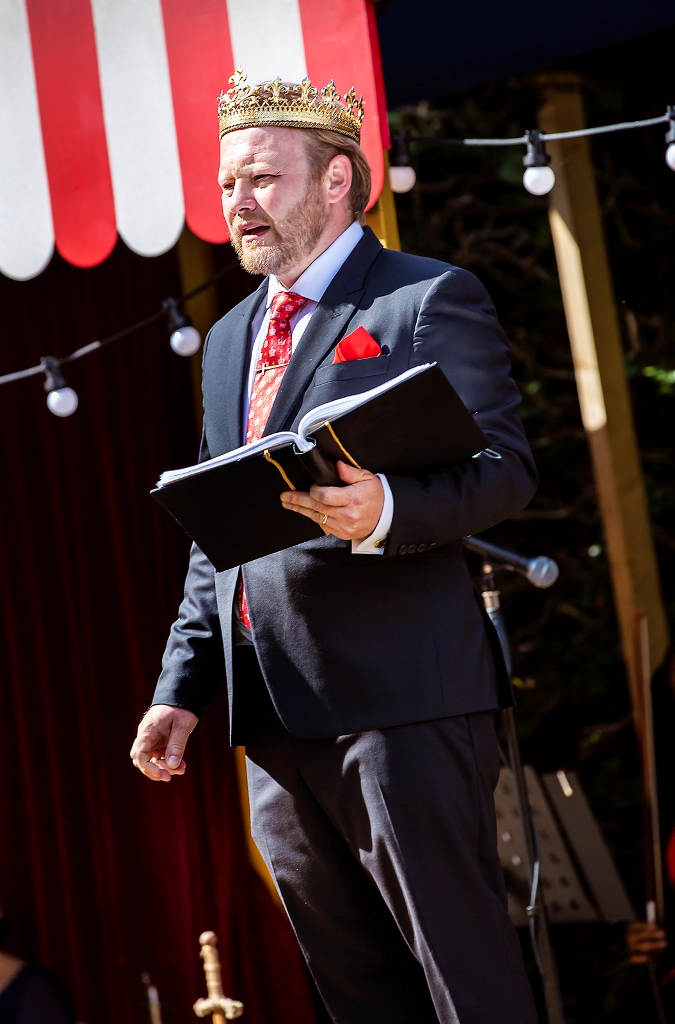 To be totally fair, the publicity told us that it was a ‘concert version,’ but our expectation was much greater!

Choma Uma was used as narrator at times, but on the whole this seemed unnecessary and Peter Dukes impressed as a very evil Mordred, as well as playing the trombone. Most successful in secondary roles was Tom Sowinski as Lionel, using his double bass casually and wittily as part of his character without the need for a script, thereby immediately enlivening his performance. 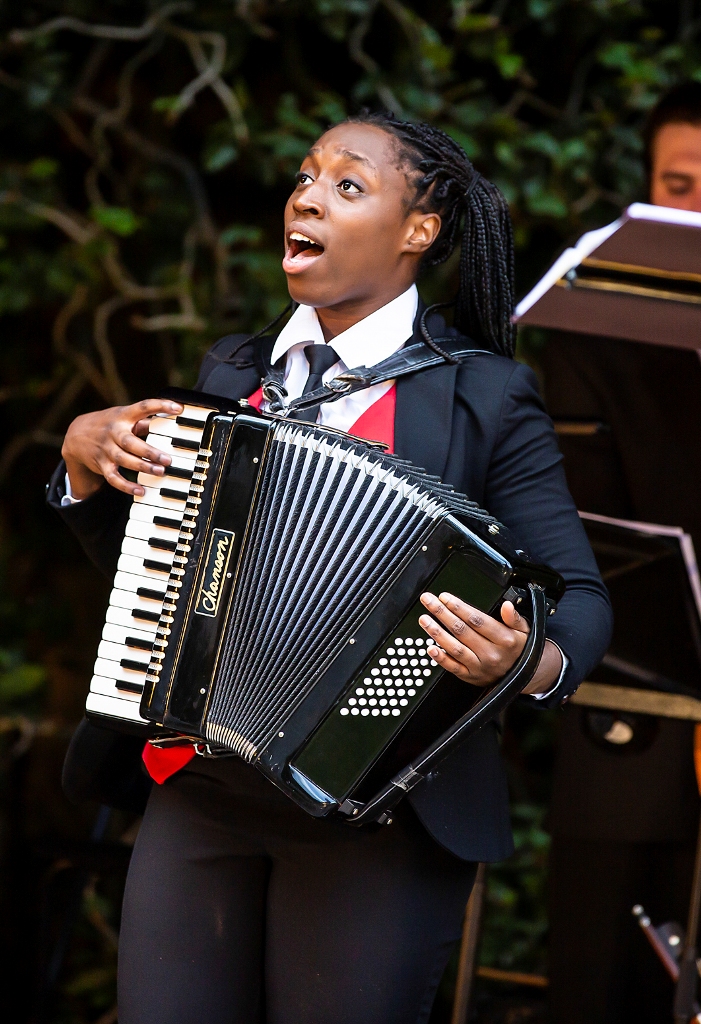 Camelot was staged on a covered stage with a simple set design (not credited) in the attractive garden of The Watermill, the audience numbering 80 seated around tables. The sound designer was Tom Marshall, ensuring that everyone could be heard in the depths of an English village complete with planes overhead and ducks quacking in the mill stream, without sounding unnatural. 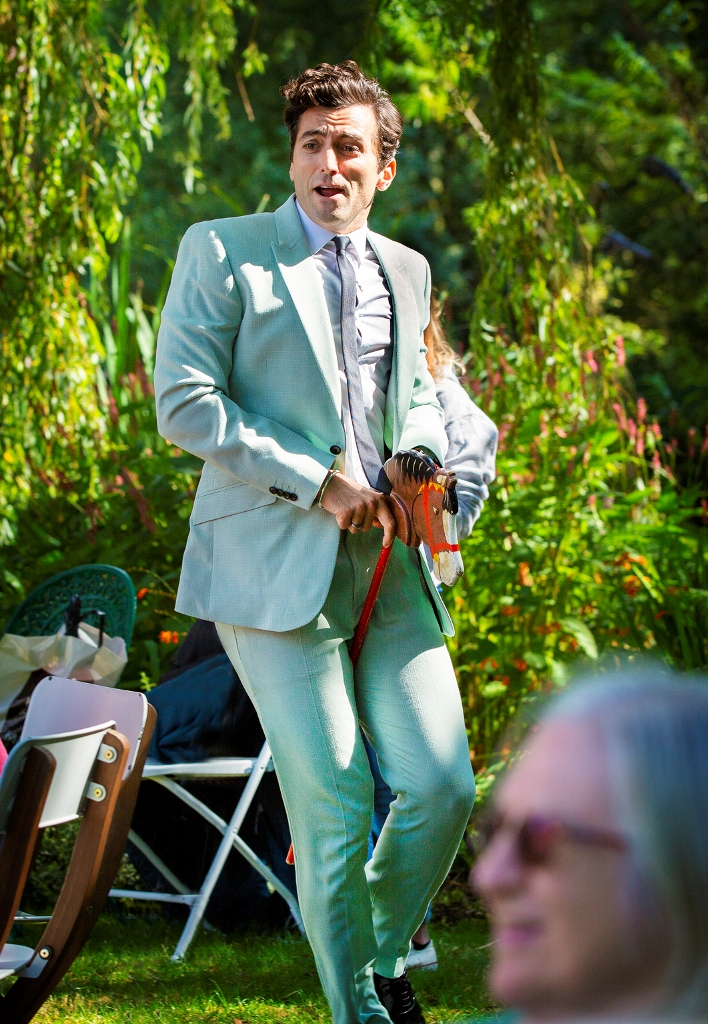 One must admire the company’s energy in being able to stage a musical of any sort in such a short time and it was so relaxing being able to sit outdoors in the English summer sunshine and just enjoy theatre again after nearly six months of lockdown. I enjoyed the pared down version of Camelot – still not a great show, certainly not as good as its predecessor My Fair Lady, but one well worth an occasional revival.