Yesterday, a surprising book arrived on my desk: Popular Music Theatre Under Socialism. I guessed straight away that we weren’t talking about Lloyd George and Harold Wilson, and sure enough there is a subtitle ‘operettas and musicals in the Eastern European states 1945 to 1990’. So “socialism” is a euphemism for the nowadays discredited “communism”? 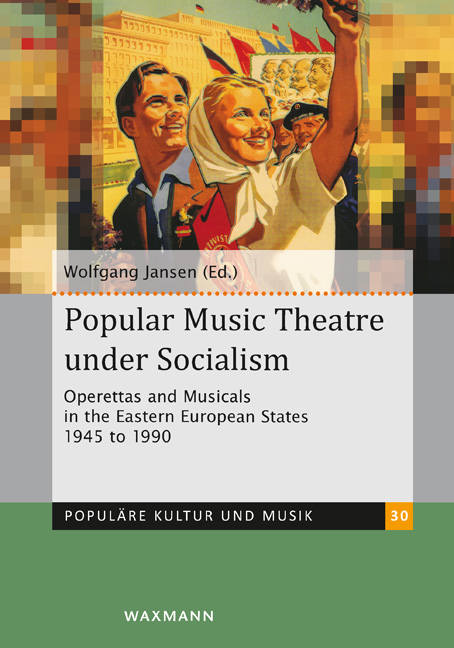 The book runs to 235 pages! Articles by a baker’s dozen of scholars! But surely, behind the iron curtain, they ‘did nothing for years’? Except by compunction? Have I missed something? I know about Russia’s Isaak Dunayevsky (190-1955) and East Germany’s Gerd Natschinski (1928-2015), whom I included in my Encyclopaedia of the Musical Theatre, I have played through some Commoperette numbers which I discovered in Hungary … but that is and was just about it. 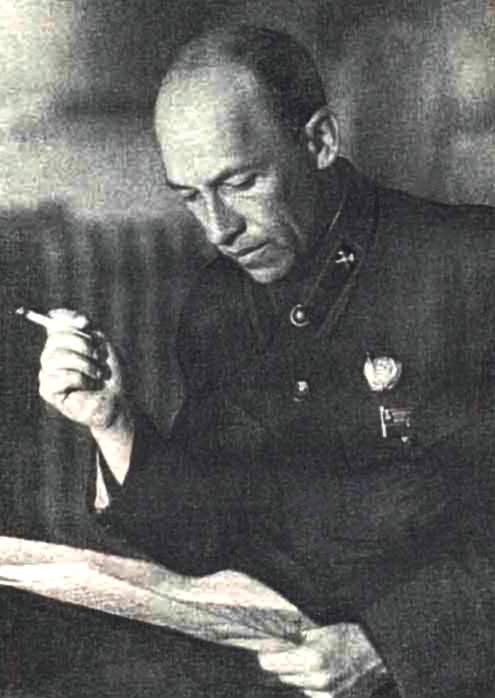 Truthfully, I had a limited interest in musical-theatre of apparently limited quality, written as propaganda to prop up a political régime. And, anyway, what was born behind the iron curtain almost wholly stayed behind the iron curtain, so we westerners really didn’t get a chance to see and hear it. Our conception of the communist stage resumed into something like Peter Sellers’s The Seven Brave Tractor Drivers and the ‘Soviet Girl’s Serenade to her Tractor’.

Preconceptions put on hold, I started to read. And was pulled up very short. The book is written in English. A sort of English. The sort of English that sounds as if it came from Googletranslate. Why? The authors seem not to be native English speakers, and the text comes over, in varying degrees, as stilted, awkward and just plain unreadable. In the first few lines of the introduction by editor Wolfgang Jansen, ‘period’ is misspelled, ‘scientific’ is used a non-English manner, and (horror!) there is that word ‘methodology’ which was invented by University-sponsored folk to prove that they were ‘above’ using normal everyday English.

I had a cup of tea and determined to continue. When I got to a stodgy bit, a bit that was just too impenetrable, I skipped. It was damned hard work! But it was worth it, because inside the stodgy, ill-baked cake, there were and are some real plums. A heap of laughs (the seven brave tractor-drivers aren’t nearly as hilarious as the real thing!), and a truly gruesome horror-story of art and entertainment perverted by a government to its own ends. And so, so, clumsily! At one stage, we are told five pieces from the debauched west were declared ‘OK’ for the de-eroticized Commoperette stage. They included La Mascotte and Giroflé-Giroflà, two of the most sex-based libretti in the French repertoire! With a king, a prince, a princess … well, I guess they were de-royalised as they crossed the border.

I found the most interesting sections – and the most approachable – of the work to be those which related to things I did know something about.

The amazing stories of the vast rewrites made to what had been the classic Die Csárdásfürstin and La Grande-Duchesse to render them prosetylising pap to feed the People left me aghast. Yes, I knew this kind of disembowelling happened, but when you are given details of just how drastic the disembowelling was …! And the results …

Then, Hungary. If I know little about Russia, Romania, Czechoslovakia and Poland, I do know something about Hungary. Yes, Gänzl was originally Gánsl. Fortunately the family was well out of Móor before the second war (they had spent the first in Székesfehérvár). And then, Hungary had been, for pre-communist decades, the source of much of the greatest operetta music and the birthplace of so many great theatre musicians. And from there, it tumbled down to churning out dollops of didactic pieces … the equivalent, to me, of today’s bloated television commercials for various shades of political opinion. The commercials are probably less distasteful: at least there are various shades, not a state-imposed single one. “Social realism” they called it, “realism”, oh dear, they had to be joking. But they fooled a lot of the people a lot of the time.

“Every piece of art has the purpose of morally changing people in the spirit of socialism”. Frightening, isn’t it. Big brother. You stupid People, we have ways of making you change your ways to our ways … West Side Story “an effete product of the West and sensationalist American consumer goods”. And so it goes on.

The last word comes from the editor of the volume. The attempt to force art into an uncomfortable alliance with the Communist dictatorship failed.

Comecon dissolved, the economic infrastructures, also in theatre life, collapsed, the formerly state-owned publishing houses were privatized, new contracts had to be concluded with the authors of the stage works all over, and the previously comparatively inexpensive works from Eastern Europe had to be paid for on terms similar to those of the Western titles. The international nature of the repertoire collapsed as well. The theatres sought to assimilate very quickly to the conditions in Western Germany. The development of theory also came to an abrupt end. Since then, new musicals from Eastern Europe have become an exception on the German stages.

I have learned about a whole slice of musical-theatre history from these 235pp. I would have learned more pleasantly, had the book been written in more enjoyable and accessible English. Or in French. Or even in German. I have fine dictionary for the big words, although maybe not the University-speak which happily cools down in the better articles.

The question is, of course, is it a slice of musical-theatre history that is worth such labours as these scholars have devoted to it? Well, yes. Once. For the facts, which are always good to know. And for the tales of the ‘adaptation’ techniques of the Communist regime. But I’m afraid those iron-curtained-off years produced nothing in the way of musical theatre that would enthuse the world in general, in my opinion. They really did do ‘nothing for years’ behind that curtain, except provide ephemeral panem et circenses for a captive audience.

Read an interview with Prof. Magdolna Jákfalvi on Hungarian Operetta From A State-Socialist Perspective here. For more details on Red Stars: A Study And Exhibition About Socialist Showbiz In Hungary, click here.

To pre-order the book from Waxmann Publishing, due in December 2020, click here.