Yeehaw! Komische Oper Berlin has finally awoken from its Sleeping Beauty Corona mode; the company has decided to offer something new and special for Christmas after all. First and foremost that is a new semi-staged Blume von Hawaii with the incomparable Jörn-Felix Alt who returns after his Roxy und ihr Wunderteam triumph for a second Abraham role. 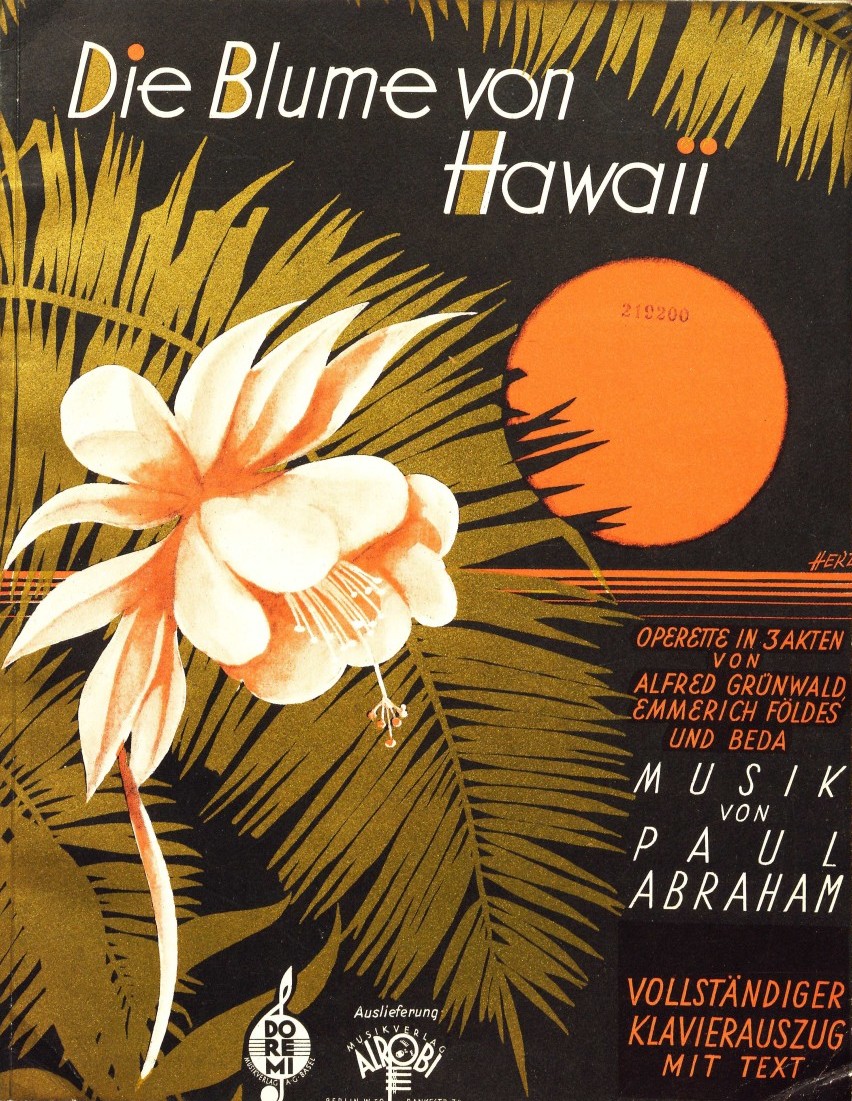 You’ll recall that Blume von Hawaii was scheduled as this year’s Christmas treat, continuing the series of Abraham concert operettas which had included the rare and wonderful Märchen im Grand-Hotel and the extra-rare and fascinating Dschainah – Das Mädchen aus dem Tanzhaus, with the somewhat lackluster and not-so-special Viktoria und ihr Husar sandwiched in between.

Because of the new Corona lockdown the originally planned premiere of Blume on 20 December plus all following performances had been cancelled. But since so many other major companies in Germany have started offering live stream alternatives – including a new Vetter aus Dingsda from Gärtnerplatz Theater Munich (read more about it here) – it felt a little strange that the otherwise media savvy Komische Oper would do nothing but re-runs of older productions as “Sweet Streams”. 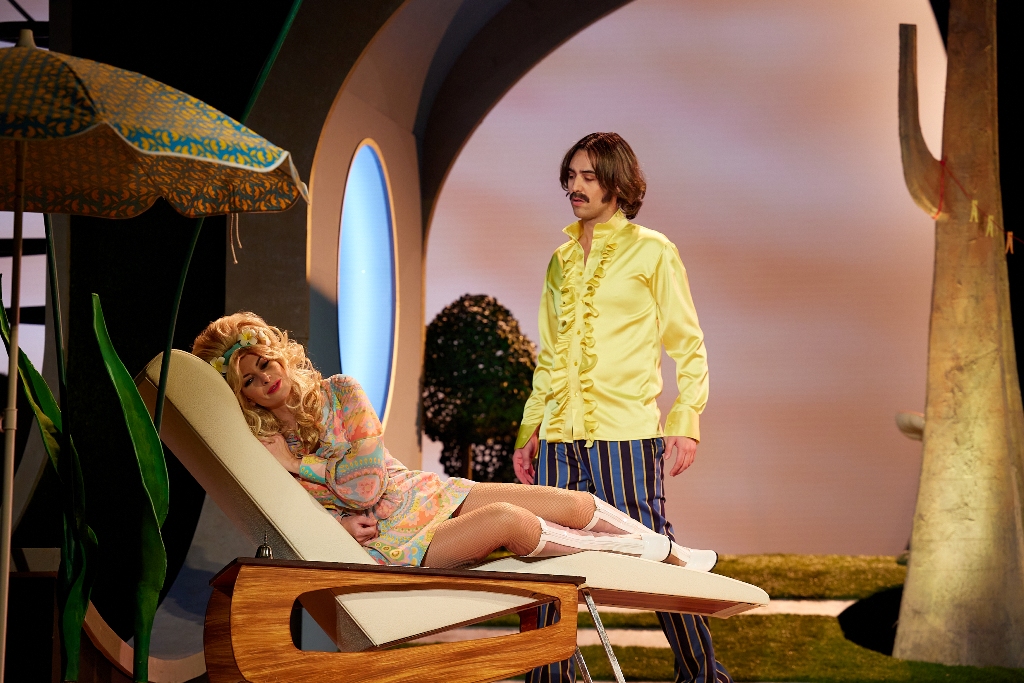 After some irritated criticism, the company has changed course. Thank God! It announced today that there will be a Blume von Hawaii after all, on 30 December 2020, starting at 7 pm. The production can be seen on the Komische Oper homepage, but also on OperaVision Europe. It’ll stay online for an entire month, which is (to be fair) a lot longer than what Gärtnerplatz Theater is offering with Künneke.

The person in charge of the musical side of things is Koen Schoots, a so called “Broadway” expert. It will be interesting to see how he copes (or doesn’t cope) with one of Paul Abraham’s most luxurious jazz scores and all those amazing orchestra effects that sound so easy when you hear historic recordings or Abraham himself conducting on the film soundtrack with Marta Eggerth, but that many modern conductors seem to have enormous difficulty with. (The new score is one of the reconstruction projects of Hagedorn & Grimminger, read more about the team here.)

As Princess Laya / Suzanne Provence there is Alma Sadé stepping into the footsteps of Miss Eggerth. Her Hawaiin Prince is Tansel Akzeybek, and as his male opponent there’s operetta favorite Johannes Dunz as the dashing Captain Reginald Harald Stone.

The private secretary of the US ambassador to Hawaii, John Buffy, is played by Peter Renz, and the razzle-dazzle showman Jim Boy is re-named and will be played (and danced) as “Jolly Jim” by Mr. Alt. Let’s wait and see how he’ll handle the ethnic angle of that role, designed to be played by a black American entertainer. (According to the libretto.) 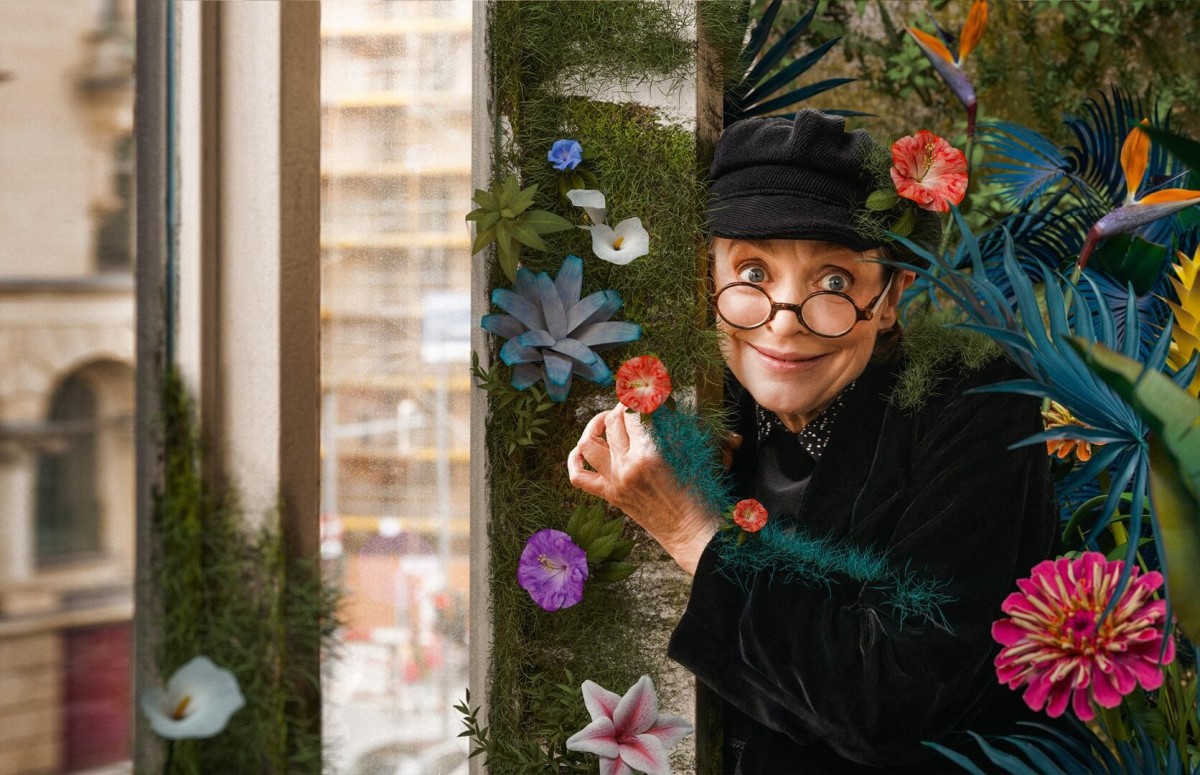 As MC you’ll get the well-known German TV actress Katharina Thalbach slipping into the new role of “Kanako Hilo”, guiding us through the action, reduced here to 90 minutes without an interval.

The other roles are taken by Mirka Wagner and Josefine Mindus. It’ll be interesting, overall, to see how much “de-colonized operetta” will be on offer and how much of a critical debate about US imperialism, racism and/or cultural appropriation will inform this production. Since these are some of the ever-returning “accusations” when dealing with this show that was Abraham’s biggest success in times of the Weimar Republic.

The other live stream is on 22 December, 7 pm. And offers the tested and tried Kurt Weill program Lonely House, starring Katharine Mehrling and Barrie Kosky at the piano. The two have been working on a CD together, with this repertoire. Perhaps this is something like the live video to go with the future CD?

Lonely House will also be available online for a month. And if you want more Mehrling and Weill, there’s another stream with her on 16 December from the Kurt Weill Fest in Dessau. But you need to buy a ticket for that (10 Euros). For more information, click here. 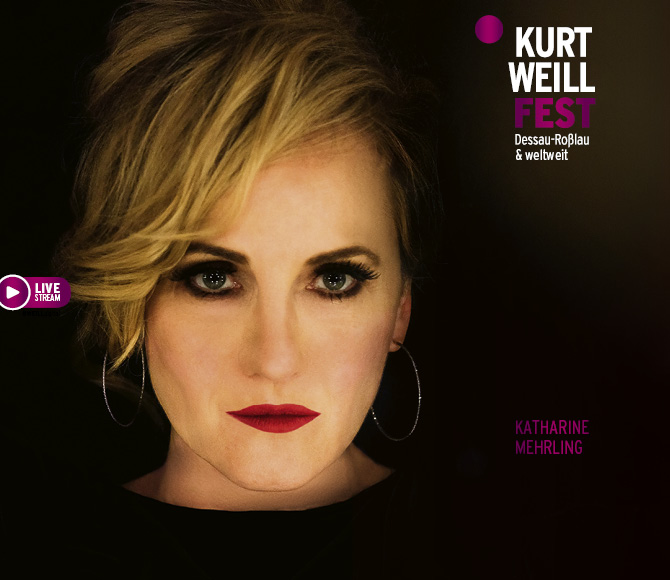