If expectations are exceptionally high for a Paul Abraham operetta at Komische Oper Berlin that’s because, in the past, the company at Behrenstrasse has given the world performances of such brilliance that a whole new generation was able to rediscover the glory of Abraham’s syncopated music, sparking a revival of these long forgotten works. It started with Barrie Kosky’s staging of Ball im Savoy, filled with irresistible visuals, irresistible sounds created by conductor Adam Benzwi, irresistible casting that included Dagmar Manzel and Katharine Mehrling, and a knock-out choreography by Otto Pichler. This was followed by a musically equally sensational Märchen im Grand-Hotel, given in concert version, again with Benzwi and an amazing star, this time it was Sarah Bowden. And then there was a stunning Roxy und ihr Wunderteam that was musically more 1940s MGM than late-Weimar decadence, but that offered a thrilling cast which made you forget such discrepancies: Geschwister Pfister swirled through the score and story like a tornado, transporting you to the Oz side of operetta. And now, for Christmas, there was another rarity: Dschainah – Das Mädchen aus dem Tanzhaus, which was written for Theater an der Wien in 1935 by Alfred Grünwald and Fritz Löhner-Beda. 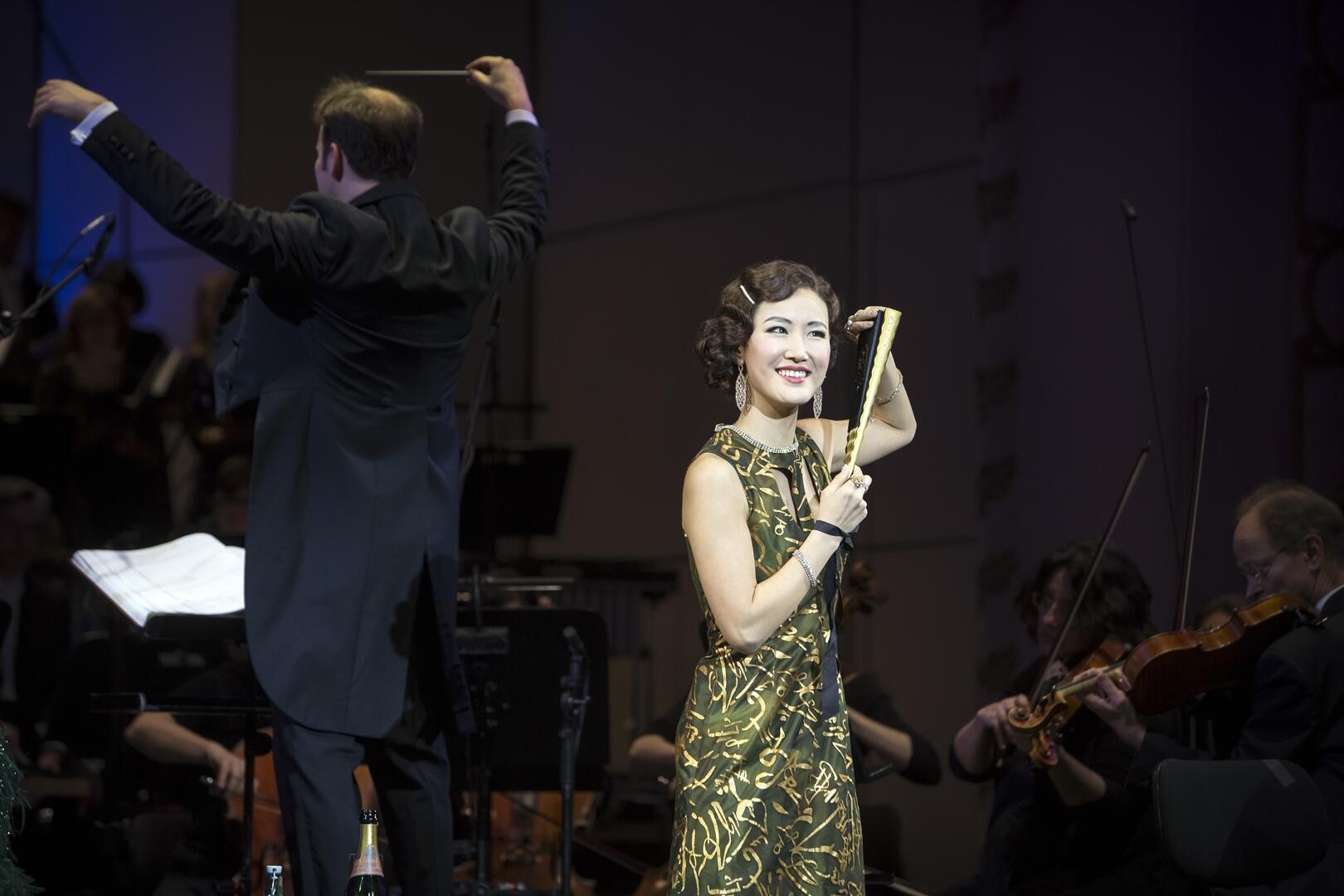 The score was considered lost for the longest time, probably because no one bothered to look properly. Henning Hagedorn and Matthias Grimminger reconstructed it for the modern stage, conductor Hendrik Vestmann brought it back to life for the first time in 84 years with Hera Hyesang Park in the mesmerizing title role, and with six additional soloists.

The work is fascinating for many reasons. It was written for the wife of super rich coffee manufacturer Julius Meinl who had married the 40 years younger singer Michiko Tanaka-Meinl. He was looking for a star vehicle for her. Abraham took on the job to compose such a vehicle, for a royal fee. 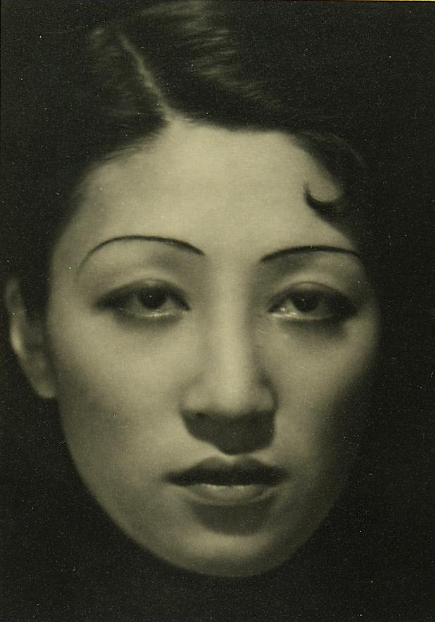 The operetta in 2 acts tells the tale of a so called “sing song girl,” a kind of child prostitute who has to work in a sing song house in Saigon and who is about to be sold by her sinister owner to the highest bidder. This form of human trafficking is stopped, at the last minute, by the dashing French marine officer Pierre. He agrees to marry this “dschainah” called Lylo who has caught his eye the second she stepped out of the brothel and sang an alluring song to him entitled “Tanz für mich”: Abraham’s version of “Dancing in the Dark,” it’s the musical super splash of the score. 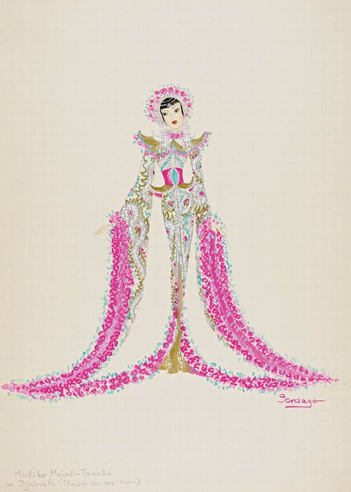 While Pierre prevented the worst from happening by marrying Lylo he has a problem: he is already engaged to a French girl who is waiting for him to return from Vietnam. So he eventually leaves Lylo, who in turn bemoans her fate with „Ohne Liebe kann ein Herz nicht glücklich sein, ein Herz braucht Sonnensein“ before deciding to not follow in the footsteps of Madame Butterfly. She marries a rich Indian prince and visits Paris as his glamorous bride, where she bumps into Pierre and is able to greet him as a good old friend without bitter feelings, while Abraham unleashes a dazzling final party number (“Heut’ ist was los”).

Abraham’s music differentiates the two spheres of the story: the modern world of Paris, filled with up-to-date dance tunes, and exotic Saigon, filled with opulence à la Puccini and Lehár, but with a unique Abraham twist that blends such ‘operatic’ splendor with his own sensuality. And he serves this sensualness with a sound extravaganza of special effects.

The magic of the score is apparent at Komische Oper even if conductor Mr. Vestmann does not really have a special feeling for Abraham’s sound world. There is little differentiation between the Paris world and the Saigon world, and there is little structure within the numbers themselves, i.e. exactly that which made Adam Benzwi’s conducting so outstanding. Sometimes it seems you’re hearing wild Ernst Krenek – for example when the Saigon ladies leave the sing song house and start to dance – but instead of making such “chaotic” choruses a special treat they only sound wrong here; at least to my ears. And the drums player turned many numbers into an obnoxious Seventies party, that was decidedly off. (And way too penetratingly loud throughout.)

The cast was good, but sadly never as stellar as in Ball im Savoy, Märchen or Roxy. Hera Hyesang Park sang the demanding title role with great charm and secure notes, but without that extra spark that Michiko Tanaka-Meinl must have had, if the reports from 1935 are to be believed. Michiko Tanaka-Meinl had been Butterfly next to Richard Tauber, and she was a diva who knew how to fill the spotlight. Dschanaih needs such an all-consuming center-stage presence to turn the show into a world class event. 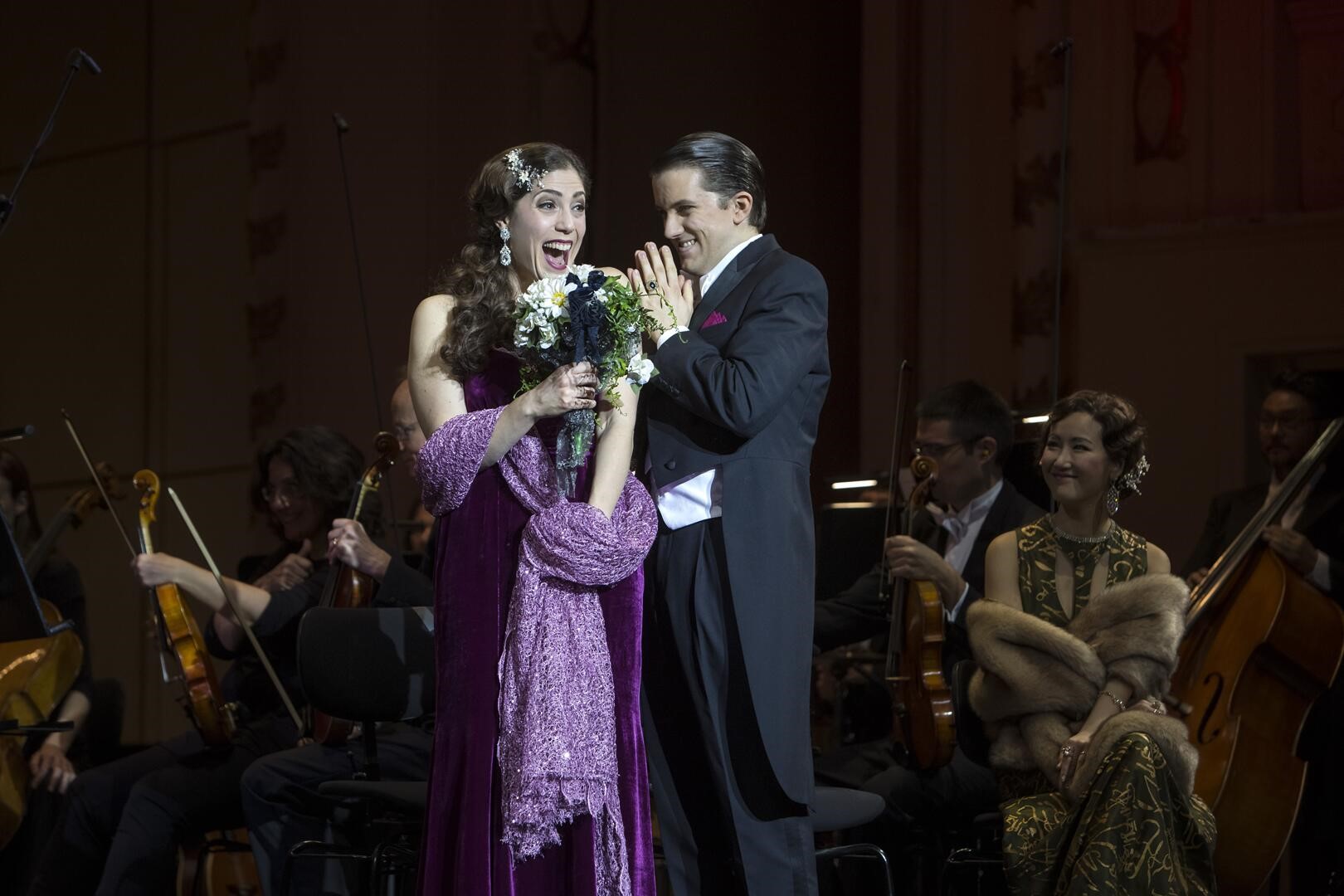 The other singers were all lovable ensemble members: Mirka Wagner and Talya Lieberman are the two soubrettes and sing with great verve; even if they can never quite overcome their “opera style” (one of these roles was created by Rosy Barsony who absolutely did not sound like an opera singer). Dániel Foki is a “traditionally” funny Polish baron who never goes over the top crazy like Fritz Steiner did in 1935, but he brings the right youthfulness to the part.

And then there is Johannes Dunz as the tenor hero of the evening. He sings Pierre in a straightforward way that sounds very attractive. A bit more dash would have suited the role, in terms of acting, but his voice shines brightly in all the right places. And he has a constant smile in his timbre that is absolutely perfect here.

Which leaves Zazie de Paris as Pierre’s Parisian mother-in-law who has a short chanson (about a male “Dancing Doll”) towards the end of the evening, but doesn’t do much with it. (At least she is not an opera singer, which is a welcome contrast.) And then there is Klaus Christian Schreiber who makes sure everyone knows what’s going on. He is a witty and fast paced narrator, and I loved listening to him guide me though the many twists of the plot. But his repeated remarks that all of this is “just a silly operetta” – when we are dealing with sex slavery, colonialism etc. – was more than a little disturbing. Especially since Komische Oper Berlin has proven, again and again, that these shows and their stories need to be taken seriously and are anything but “silly.” At least not in that sense of the word. 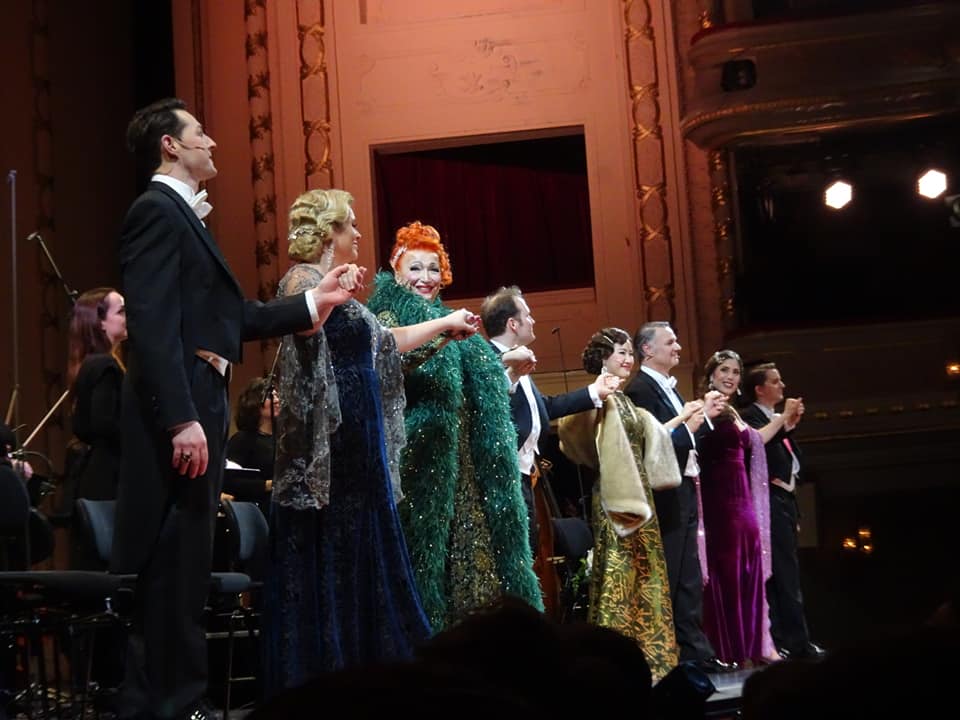 The German radio station Deutschlandfunk Kultur recorded the first night performance and will broadcast the show in January 2020. Since all singers work very well via microphone, and because the live performance was much more engaged that the recording made by Komische Oper at the dress rehearsal for press purposes, I hope there will be a CD release. And of course I hope that other theaters will pick up Dschainah and present a fully staged version in the future. (As happened with Märchen im Grand-Hotel.)

Dschainah is sonic splendor and the last grand Viennese operetta before the Nazis marched in and ended that long tradition. Because the Nazis were already running Germany in 1935 and made Abraham performances impossible there, Dschainah never travelled and Theater an der Wien was never able to make money from selling the performance rights to theaters in Germany. The venue went bankrupt shortly afterwards, even though Dschainah was reportedly a big success by all accounts.

It deserves a new chance, and “Tanz für mich” is one of those all-consuming Abraham numbers that you’ll not get out of your head easily. There is one more live performance on 30 December at Komische Oper.

All photos of the new Komische Oper production by Iko Freese from drama-berlin.de unless otherwise marked.