Colonel Savage’s enormously successful novel His Official Wife was leaped upon by a horde of theatrical adapters, filmed by Hollywood and, with its dramatic ending suitably revamped, successfully musicalized both in Europe and, as The Red Widow, in America. This musical version by Channing Pollock and Rennold Wolf, with a score by Charles J Gebest, premiered at the Colonial Theater in Boston on 2 September 1911, from there it went on to the Astor Theater, New York, where it opened on 6 November 1911. 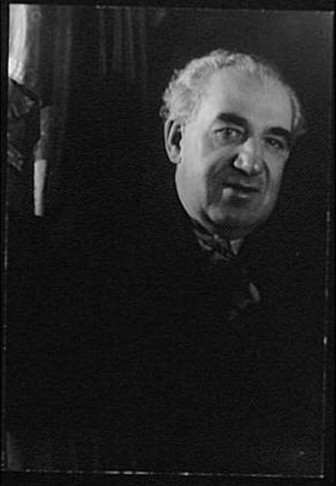 In Pollock and Wolf’s version, Raymond Hitchcock appeared as Cicero Hannibal Butts, `manufacturer of CHB Corsets and a Colonel in the New York State National Guard, USA’, who gets himself into trouble abroad. At London’s Alcazar Music Hall he encounters the glamorous Anna Varvara (Sophye Barnard) who persuades him to let her take his wife’s place on a trip to see relatives in St Petersburg. Anna is, however, the nihilist Red Widow of the title, out to shoot the Czar and pursued by Russian Secret Police Ivan Scorpioff (John Hendricks) and Baron Maximilian Scareovich (Joseph Allan). The big dénouement is due to come during the White Fête in the Gardens of the Winter Palace, but by then Anna has fallen in love with Captain Basil Romanoff of the Imperial Bodyguard (Theodore Martin) and, when the crucial moment comes, she decides, amid a plethora of top B naturals, that love comes before politics and she ends up joining in a chorus in praise of the `Soldiers of the Czar’.

Hitchcock described himself as `A Wonderful Man in Yonkers (but in London nothing at all)’ and schottisched to the rueful `I Shall Never Look at a Pretty Girl Again’, whilst Miss Barnard had romantic moments both alone, in the waltz song `Just for You’, and in duet with her Basil in the show’s effort to duplicate the Merry Widow waltz, `I Love Love’. The stars were supported by lighter romancing from Butts’s son Oswald (Harry Clarke) and his danseuse Yvette (Gertrude Vanderbilt) (`You Can’t Pay the Landlord with Love’), and George E Mack had a comical number in the part of a striving nihilist called Popova equipped with some lyrics which yielded some approximate but amusing rhymes (`… when a King starts out to be a Cromwell, we buy a little bombshell’). The music was by a comparative newcomer to the ranks of Broadway songwriters, Charles J Gebest, who had been an original performing member of George M Cohan’s musical comedy company back in 1901. 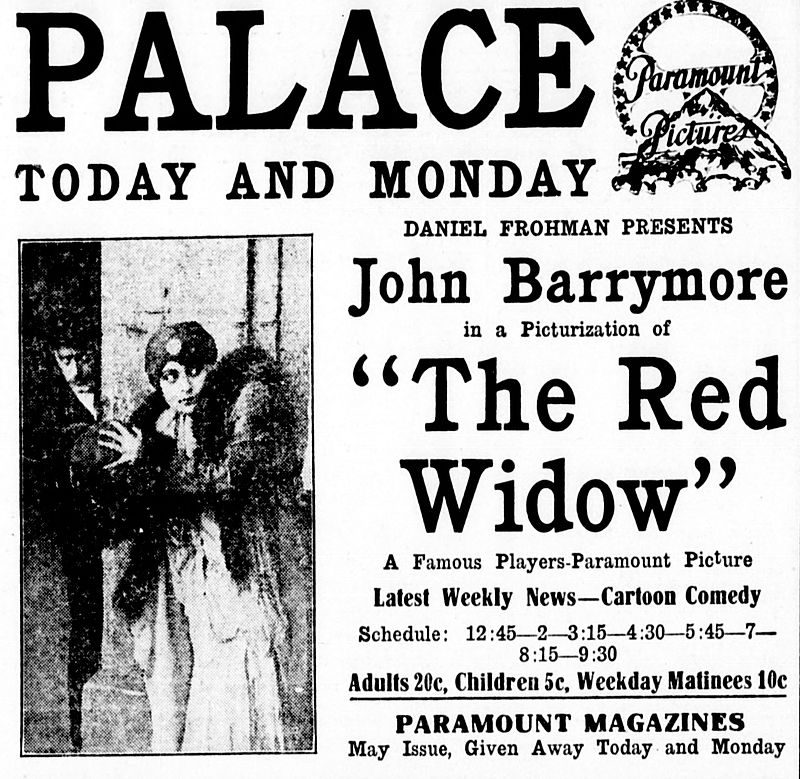 Newspaper ad for the 1916 film version.

George M Cohan and Sam Harris presented Hitchcock in The Red Widow through a highly successful tour and a season of 128 performances at Broadway’s Astor Theatre between 1911 and 1912, after which the show was taken up by J C Williamson Ltd and produced in Australia and New Zealand with Florence Young (Anna), Phil Smith (Butts) and Reginald Roberts (Basil) featured, beginning its down-under career with three weeks in Melbourne and four in Sydney (Her Majesty’s Theatre, 3 December 1917). It was later played in South Africa by Wybert Stanford’s ‘London Gaiety Company’ headed by Blanche Browne (1917). However, a copyright performance staged in London failed to encourage anyone to produce the piece there and elsewhere folk manufactured their own more-or-less comic versions of His Official Wife, notably in Berlin where Messrs Josef Siegmund and Julius Wilhelm, with musical support from Richard Haller, produced a flop Die ledige Frau (Neues Königliches Opernhaus 29 September 1902) which didn’t admit to its source but left no one in any doubt, and in Vienna where Hermann Dostal’s Nimm mich mit! which did admit its source had a successful run at the Theater an der Wien.

A silent film version of the Red Widow version of the story starring John Barrymore and Flora Zabelle (Mrs Raymond Hitchcock) was produced by Paramount in 1916.