If you have any teenage girls – or younger – in your circle of friends, chances are high that you’ve been forced to sit down and watch the Disney mega-hit Frozen more than once. During my latest exposure to this movie I marveled, once again, at the beautiful Scandinavian setting, the stellar vocal performances, and the many off-hand jokes (“Who’s that funky looking donkey?”). Combined, they made me realize that the visuals of Frozen would be the perfect recipe for a successful revival of The Song of Norway, the 1944 operetta by Robert Wright and George Forrest, adapted from the music of Eduard Grieg, which certainly outclasses the songs by Robert Lopez. 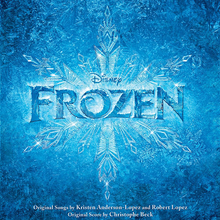 The cover of the “Frozen” soundtrack. 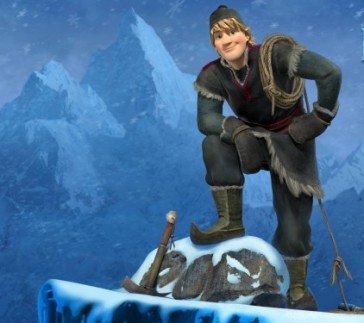 While I sat through my repeat-viewing of Frozen last week, I had The Song of Norway simultaneously running through my head: same sets, similar characters, different music. Much as I love Robert Lopez as a composer of Avenue Q and Book of Mormon, I consider his Frozen songs consistently second rate. Even though my niece adores them and sings them all day long, every day. They would be outclassed easily buy the Wright & Forrest songs. Their “Norwegian” score contains some of the most dazzling operetta tunes ever written. And luckily, there are many recordings that document this. 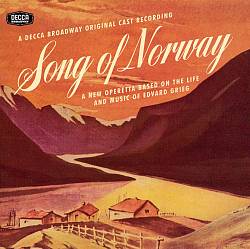 The original 1944 cast album of “Song of Norway,” re-released on Decca Broadway.

The 1944 show followed in the famous footsteps of Das Dreimäderlhaus (Lilac Time/Blossom Time) by presenting a fictionalized operetta biography of a composer illustrated by a score made up from his own music. “Robert Wright and George Forrest’s adaptation of Grieg’s piano and orchestral music was lushly done, and, because of the breadth of the original melodies, developed into songs that demanded large and wide-ranging lyrical singing that, alongside the splendid physical production, were the main attractions of the piece and, thus, several recordings of Song of Norway present the show at its best,” writes Kurt Gänzl in The Blackwell Guide to Musical Theatre on Record. 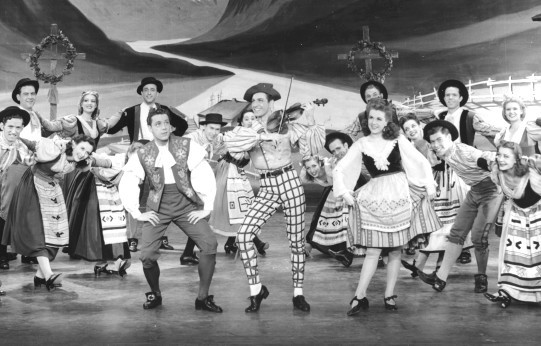 A scene from the original Broadway production of “Song of Norway.” (Photo: Sepia Records)

The 1944 cast album substituted the prima donna of Irra Petina with Kitty Carlisle. This disc shows off some superb voices. “Those ringing, open, un-pompous light opera voices that America seems to produce so well,” writes Gänzl. Robert Shafer is an overwhelming Nordraak singing the opening number with thrilling sounds. And the pair of lovers, Lawrence Brooks (Grieg) and Helena Bliss (Nina) deliver “Strange Music” in a way that I wish all operetta love duets would be sung! 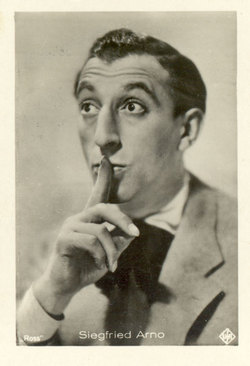 Siegfried Arno as seen on a 1930s UFA fan postcard.

Especially fascinating, from a historical operetta perspective, is Siegfried Arno singing “The Bon-Vivant.” Arno was the original “Beautiful Sigismund” in Im weißen Rössl (1930), he was also in Charell’s Drei Musketiere (1929), a major film star in Germany before 1933. He emigrated to the Netherlands, performed in various shows there, and then went onwards to America where he had a remarkable career on stage and TV. (Interestingly, German operetta researchers completely ignore this second part of his post-1933 career, while American show bizz people ignore his pre-1933 activities.) Anyway, he’s outstanding on the original cast album; even better than on the 1958 Jones Beach Marine Theatre version which had a Viking ship, a floating iceberg, a waterfall and other such aquatic extravaganzas. On the equally fabulous cast album from the latter version much of the dialogue is cut, and “The Bon-Vivant” is reduced. So, just for Mr. Arno alone, the earlier disc is the one to have. But he sounds outstanding on the second recording too, with a wicked French accent.

There was a film made of Song of Norway, attempting to capture the Sound of Music phenomenon. It looks terribly cheesy, and it doesn’t have Julie Andrews to save that cheese from turning sour. Still, the opening sequence from the movie gives you an idea how Song of Norway is intimately related to Disney’s Frozen. 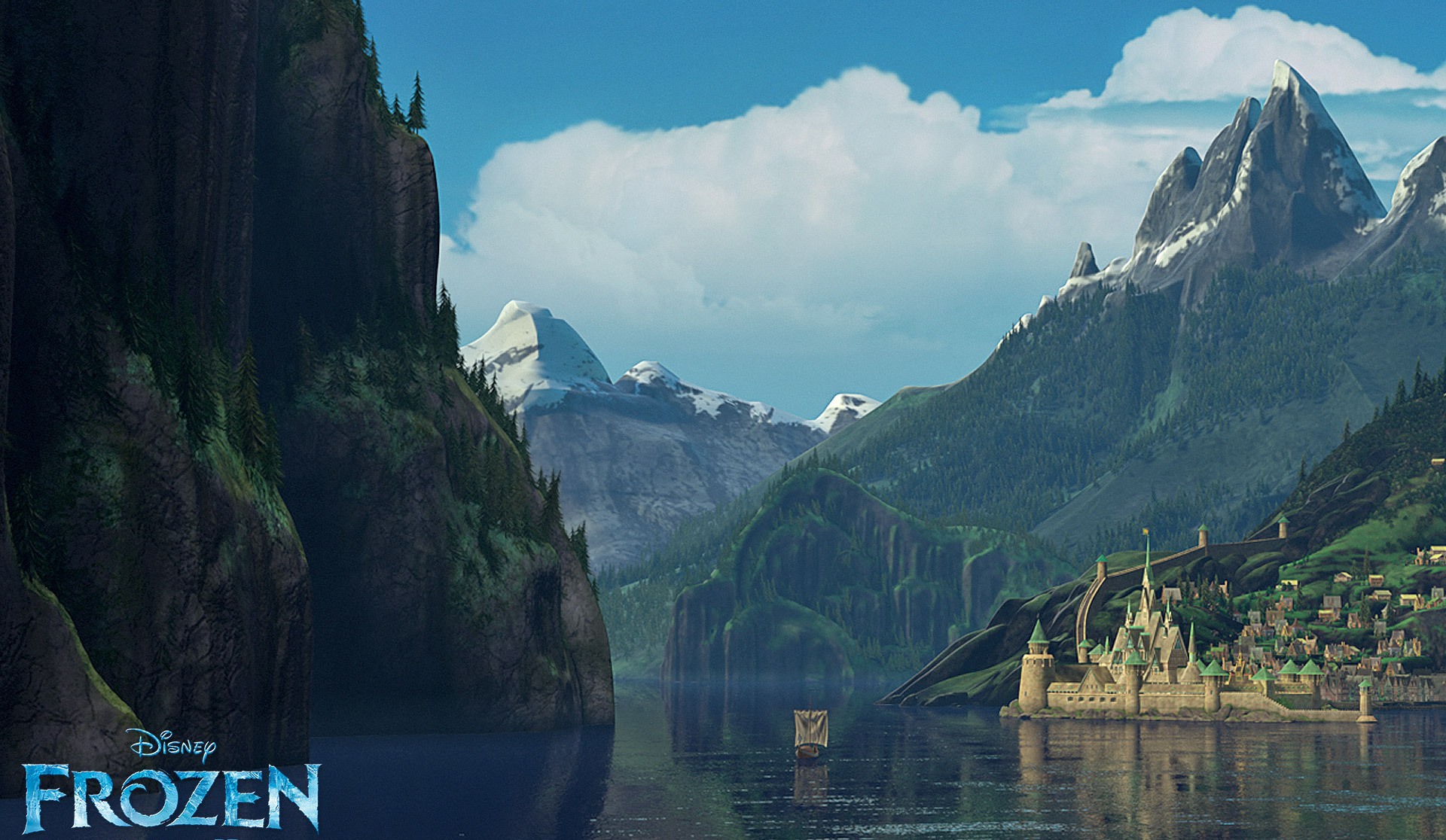 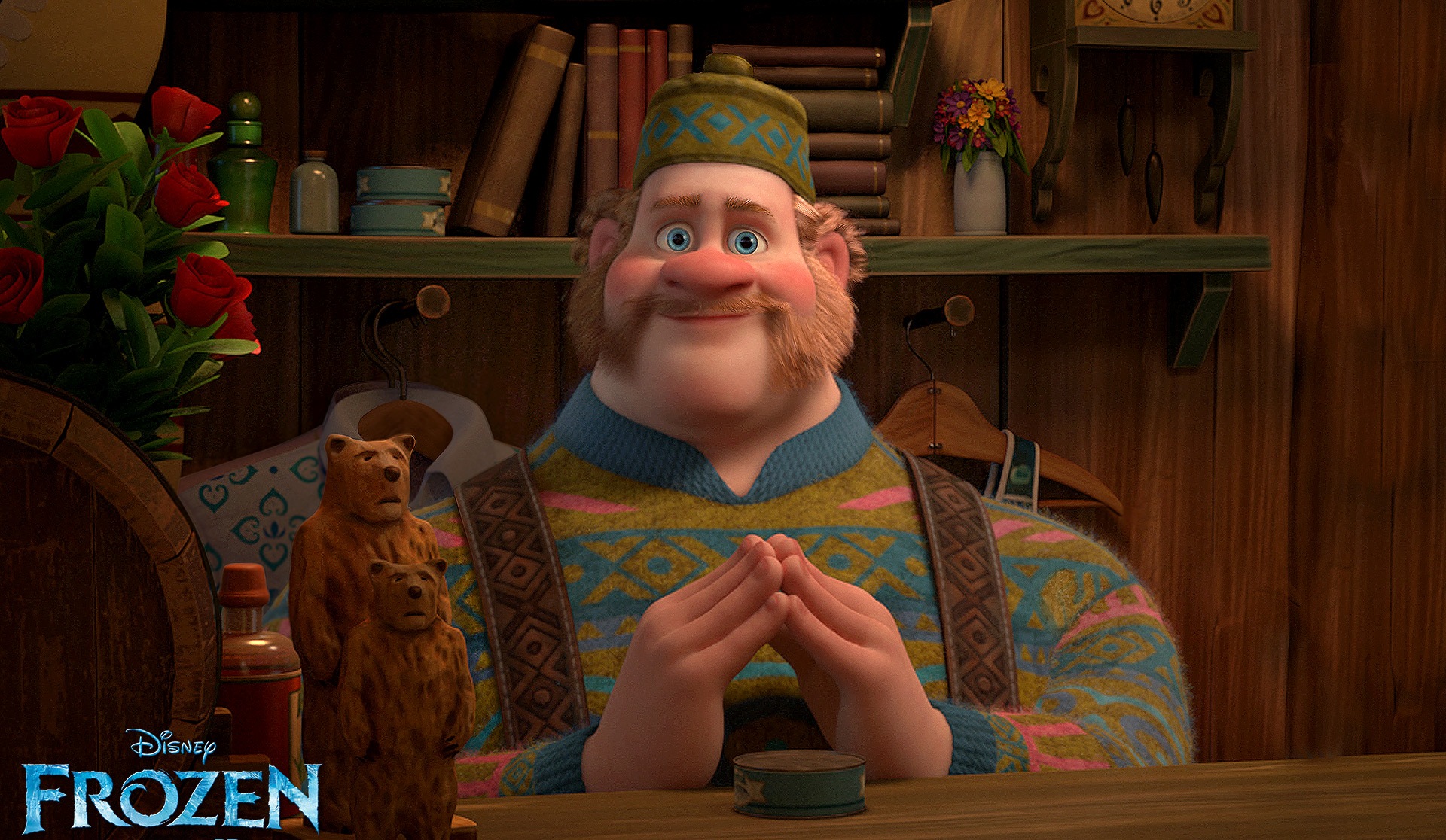 The character of Oaken, a funny shop vendor high up in the snowy mountains. (Photo: Disney Studios/Promo)

There is also a 1990 studio cast recording conducted by John Owen Edwards which is described as “slightly stolid” in The Theater Mania Guide to Musical Theater Recordings. Reviewer Charles Wright calls the performances “more dutiful than inspired” – which is an assessment I’d apply to almost all recent operetta recordings. Also the statement: “As compared to the cast of the 1944 recording, the singers heard here don’t have the sort of natural artificiality that’s required.” And David Rendall’s Nordraak “is resonant but flat-out boring.”

You can hear the famous “Strange Music” on YouTube in various interesting version, e.g. sung by Jan Peerce, with some lush new orchestral arrangements or by Frank Sinatra. Or by Lawrence Tibbett. If you imagine this music, and the rest of the score, performed by the likes of Jonathan Groff, Kristen Bell and Idina Menzel, and if you throw in Josh Gad as a comic side kick, you could easily revive The Song of Norway for a new generation. It would be worth it. After watching Gad’s snowman song “In Summer” I’d even say he could compete with Sig Arno – which is quite an achievement. 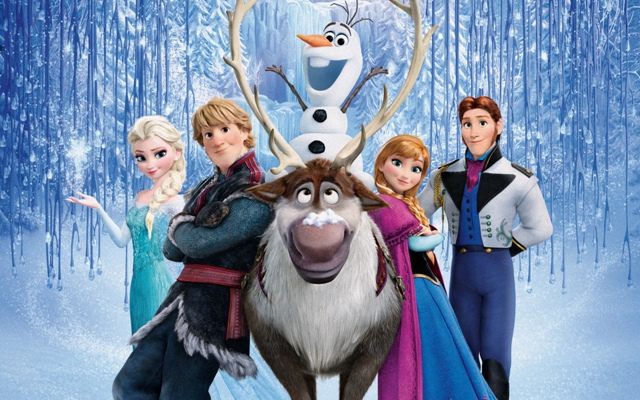