The New York Public Library is devoting its current “Musical of the Month” to Emmerich Kálmán’s Golden Dawn, a show he wrote directly for Broadway in 1927 – at the absolute height of his success and international fame – and which offers a very unusual subject matter for a “Viennese Operetta.” 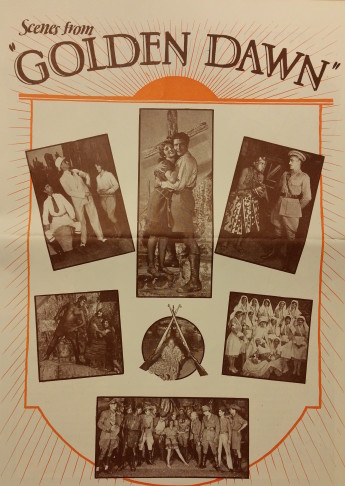 In an in-depth essay, Dr. Kate Edney – the Graduate Program Director of the MA in Heritage Studies Program, and an Assistant Professor in the Department of Humanities at Regis College in Weston, Massachusetts – explains what makesthis show special: “Golden Dawn is one of those musicals that has been almost completely erased from histories of musical theater. Those who are just familiar with the title will generally know it from the 1930 Warner Brothers film adaptation – available on DVD – of the same name. On the surface, the obscurity of this musical is quite puzzling. Oscar Hammerstein II co-wrote the show with Otto Harbach. It premiered a month before Hammerstein’s seminal work Show Boat […]. The musical was selected to open the new Hammerstein Theater, built by Oscar in honor of his father, and its premiere was a gala New York City affair. Golden Dawn also had its share of scandal. According to the New York Times, as part of a long-standing dispute with Hammerstein, ticket vendors were discouraging potential buyers from the show and directing them to other plays. And, for those enamored of film star trivia, a young Archie Leach – later known as Cary Grant – had a small role, his second on Broadway, as the character Anzac, an Australian soldier.” 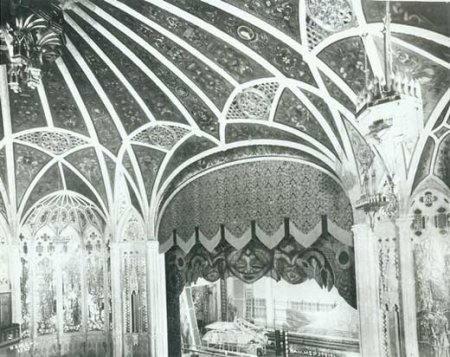 Inside the Hammerstein Theater ca. 1927.

While Kate Edney gets a very basic fact wrong, namely that the composers of Golden Dawn are Emmerich Kálmán and Herbert Stothart, not Otto Harbach, she does discuss some interesting aspects: “Though the action takes place entirely in [German East Africa 1917] and none of the characters are American, Golden Dawn clearly reflects and reinforces racial stereotypes and racist fears representative of America in the 1920s.”

Dr. Edney states that the character of Shep is “a caricature of Marcus Garvey”, the Jamaican-born man who founded the Universal Negro Improvement Association in Harlem in the 1920s. (“He vehemently critiqued and linked together European colonialism in Africa and racism in America.”) His criticisms of the United States were so highly charged that the US federal government took a keen interest in him. 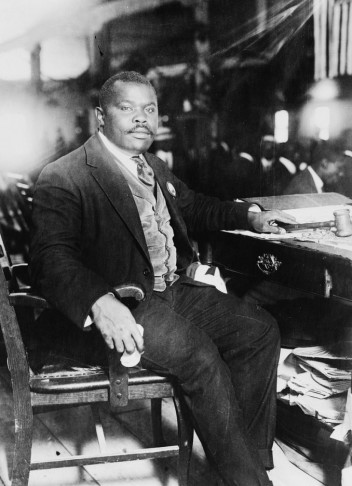 “In 1922 Garvey was indicted for mail fraud, sentenced in 1923 to prison, and began serving his sentence in 1925. In November 1927, his sentence was commuted and Garvey was deported to Jamaica. Golden Dawn opened on Broadway on November 30, 1927, which, while obviously coincidental, helps reinforce the parallel.”

Dr. Edney compares the character of Shep Keyes with Joe in Show Boat, and in the end Golden Dawn with the other show: “Golden Dawn, while subsequently overshadowed by Show Boat, was no flop.” To read her full article, click here.

On the website of the New York Public Library, you can also find the entire script for the Broadway version of Golden Dawn, page after glorious page.

And because Golden Dawn is not just about romance in the jungle – with a King Kong kind of backdrop, dazzling ritual dances in front of African statues with half-naked men with body-paint and little more – one should also listen to the snappy dance numbers in this score. The Hollywood movie version, as cinegraphically primitive as it oftentimes is, offers performances that look very much like typical stage performances of the era. So watching Marion Byron and Lee Moran dance their way through “A Tiger” is a special treat.