I must confess that I admired more than loved Spring Awakening in its 2007 Broadway premiere, and really didn’t care for Deaf West Theatre’s 2003 revival of Big River. So the prospect of Deaf West’s limited revival of Duncan Shiek and Steven Sater’s musical of version of Frank Wedekind’s 1891 expressionist play was less than a welcome prospect. 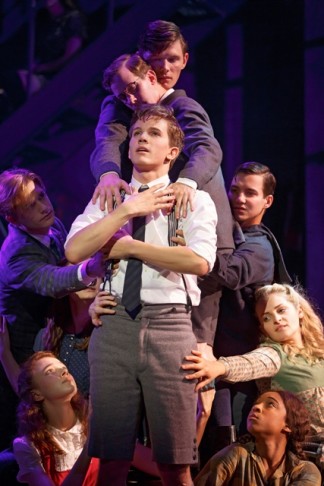 But how wrong my disinterest turned out to be! For this is a truly wondrous production, gorgeously staged by Michael Arden (and choreographed by Spencer Liff), and most feelingly acted and sung. The combination of hearing and deaf actors is not only seamlessly executed but a brilliant dramatic device, and gives the work more texture than before. And despite the presence of so many deaf actors, Spring Awakening proves as rich an aural as it is a visual experience, thanks to an ingenious use of double casting, and the fine musical direction of Jared Stein.

The story charts the lives of the disaffected youth of Wedekind’s time, misunderstood at home, and stifled by a repressive environment in school. The four central characters are Wendla (Sandra Mae Frank), the sexually innocent daughter of Frau Bergmann (Camryn Manheim); Melchior (the hearing Austin P. McKenzie), the charismatic boy she falls in love with; Moritz (Daniel N. Durant), a troubled young man having difficulties with his studies; and Ilse (Krysta Rodriguez), an abused girl who now lives in an artist colony. The pregnancy resulting from Wendla and Melchior making love in a hayloft propels the second act to tragedy.

Wenda (played luminously by the deaf Frank), is spoken and sung by Katie Boeck who follows her like a caring (or, at times, critical) alter ego. But so compelling is Frank’s miming and signing and Boeck’s voice that the performance, like all the others in the show, registers as one.

So, too, Durant plays his confusion most convincingly, and when Moritz must tell his father (Russell Harvard) that he has failed in school, the entire scene is played in silence using only sign language with the dialogue projected on a digital blackboard behind the stage. Powerful stuff. Elsewhere Moritz’s voice is articulated skillfully by Alex Boniello.

In other instances, it’s often difficult to see who’s speaking for whom, but the effect isn’t at all jarring or disconcerting. The hearing actors who double the deaf ones are as unobtrusive as the puppeteers in War Horse. After a while, one forgets they are there.

And at key points, the deaf actors emit a guttural cry or some other sound that is dramatically apt and extremely poignant.

Patrick Page and Marlee Matlin excel in variety of other roles, he most prominently as one of the stern schoolmasters, she as Melchior’s mother. 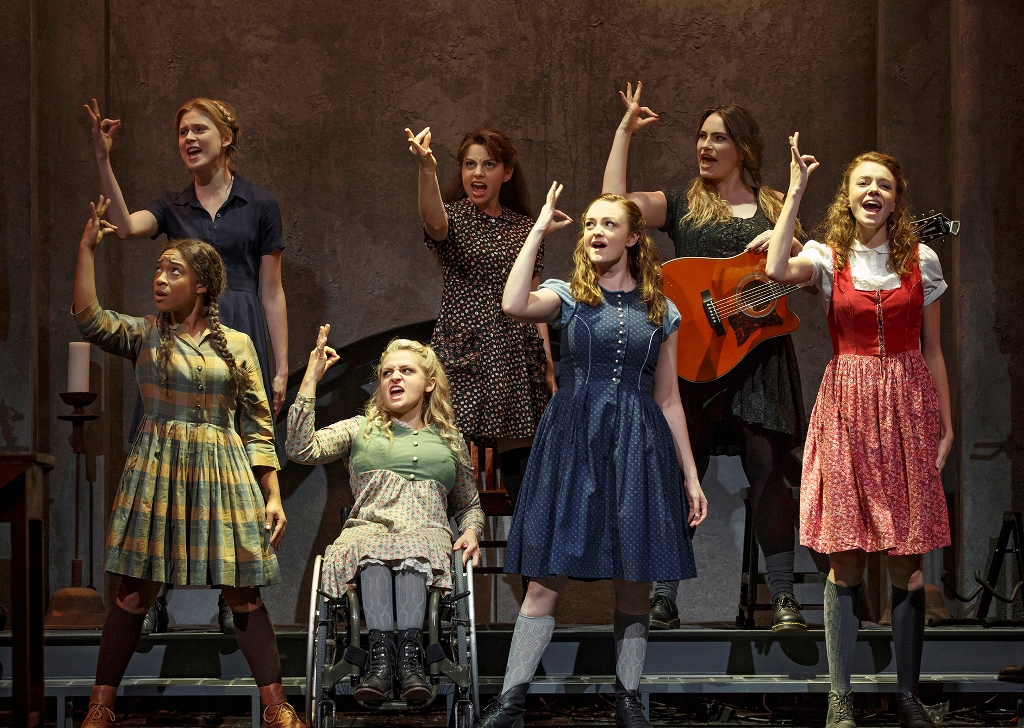 The program notes explain the plight of the deaf at that time in Germany and the ban on using sign language. Though this is not made part of the show’s plot per se, the knowledge of this fact combined with the plight of the teens in the story adds undeniable resonance. 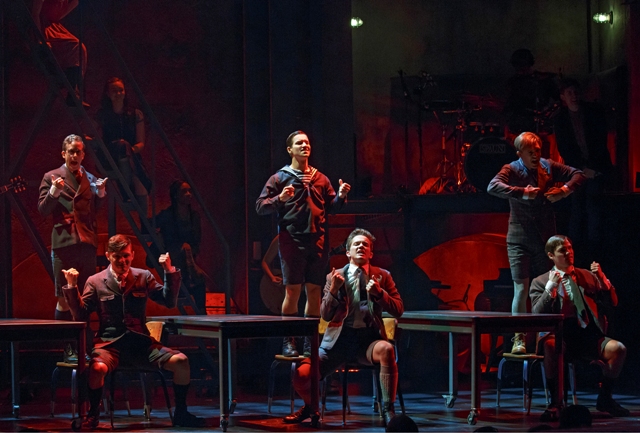 At the end, the audience gave a standing ovation, as much to show the deaf members of the cast their admiration as to acknowledge a genuine artistic triumph.

To read the original article, click here. Below, a video cast call released before the production.