Many younger people in Germany might not know Volker Kühn – and many people in the English speaking world have probably never heard his name. Still, the 81 year old expert for “cabaret” and “cabaret operetta,” with a special focus on the Nazi era, was an important researcher and publicist. Who most famously battled Johannes Heesters in 2008 over the stars controversial appearance at Dachau. 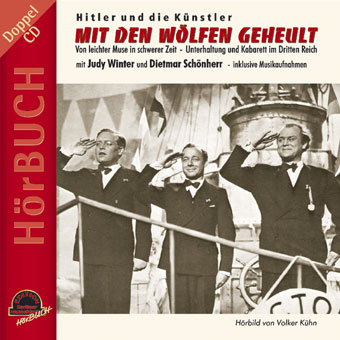 In Kühn’s books Hitlers Künstler – Die Kultur im Dienst des Nationalsozialismus, and in the audio book Mit den Wölfen geheult, the author described Heesters’s visit to Dachau with the ensemble of the Theater am Gärtnerplatz in 1941 to present Benatzky’s Axel an der Himmelstür. After WW2, Heesters never mentioned the visit, instead he claimed not to have known what went on in the camps. Until, many years later, a photo album appeared, showing Heesters visiting Dachau, being guided around. In his books, Kühn claimed Heesters did not just walk through the camp, but actually performed there for the soldiers. (Which was the original intention of the visit of the Gärtnerplatz ensemble, of which he was part: as Hitler’s favorite Danilo in Munich’s version of The Merry Widow, re-written by Peter Kreuder and Fritz Fischer as a revue in “33 pictures.”)

The Heesters family sued Kühn for spreading false accusations, even though Kühn based his statements on the documented descriptions of people in Dachau, who had to help during that performance as prisoners. A Berlin court ruled that it was impossible to discern whether Heesters actually performed or not, since it was one statement against another; and the man who made the “other” statement was dead by the time of the hearings. The ruling was: Heesters could go on claiming he didn’t perform, but Kühn (or any one else, for that matter) could also claim that he did. 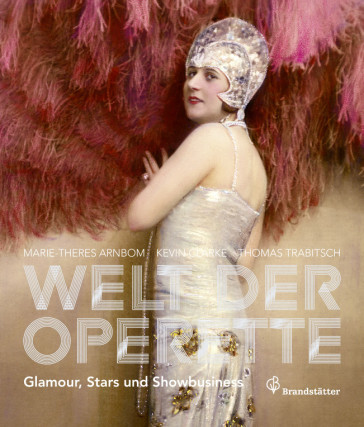 The cover of the Theatermuseum Wien catalogue “Welt der Operette”.

When four years later, in 2012, the exhibition Welt der Operette went from the Vienna Theatermuseum to the Munich Theatermuseum, Heester’s widow Simone Rethel threatened to sue to publisher Brandstätter and the museum, because the catalogue included an article saying Heesters had appeared in Dachau (Heesters himself had died in 2011). Unlike Volker Kühn, the Brandstätter family was afraid of a new court case and erased the “problematic” sentence from the catalogue, adding an insert saying: “The Heesters family insists on taking out a controversial statement.” Which drew more attention to this one line in the book than was ever intended.

This Heesters vs. Kühn battle of 2008 was the first and only one ever fought over an operetta star from Nazi times. It heralded a new era in operetta research. Even though people like Simone Rethel have not yet understood the full consequences and wish to hold on to their old “clean” operetta image. By the way, the Munich operetta exhibition showed the photo album made during Heesters’s visit to Dachau. And the fact that Heesters performerd, or didn’t perform, in Dachau does not make him a less important operetta star; it only proved how difficult it was for film and stage stars between 1933 and 1945 to find an arrangement with those in power – and to deal with the consequences afterwards.

Of course, there are many more things that characterize the life of Volker Kühn. He wrote texts for many great cabaret artists, published many books on cabaret, and penned musical shows such as the Ufa-Revue Bombenstimmung, which premiered at Berlin’s Theater des Westens. He is also the author of the successful show Marlene, which he wrote for Berlin’s Renaissance-Theater. He was present at most opening nights in Berlin; and participated actively at conferences and talks.