This CD could probably only be released for a German market and for German operetta fans who have no idea – whatsoever – what The Student Prince sounds like in the many famous existing recordings. Because everyone else would wonder at the chutzpa of issuing a live radio broadcast from Cologne that offers a cast so utterly at odds with the required style that it’s almost comical listening to them trying to sing Lehar (or what they think might pass for Lehar today) when it should be Romberg. Which leaves conductor John Mauceri, as a guest with the WDR Rundfunkorchester Köln, setting the record straight with an energetic reading of the score. 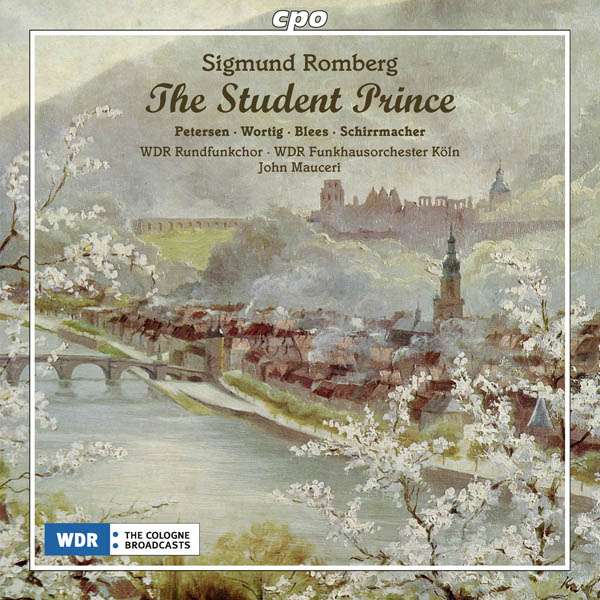 Cover of the cpo recording of “The Student Prince.”

Romberg’s famous Student Prince used to be known in Germany. It was given a grand spectacle production in 1932 at the Große Schauspielhaus, just after Erik Charell had left there for Hollywood in the wake of his successes with White Horse Inn and Congress Dances. That 1932 version – sung in German – had additional songs by Hungarian composer Michael Krausz, who at that time also wrote for Fritzi Massary. There are various surviving recordings from the Berlin production featuring tenor Gerd Niemar, Gisa Bergmann, Kurt von Ruffin and Karl Forrest. Some of them were issued on CD in the series Glamourwelt Berlin by the SDR radio station. They are pretty glorious, by any standards. 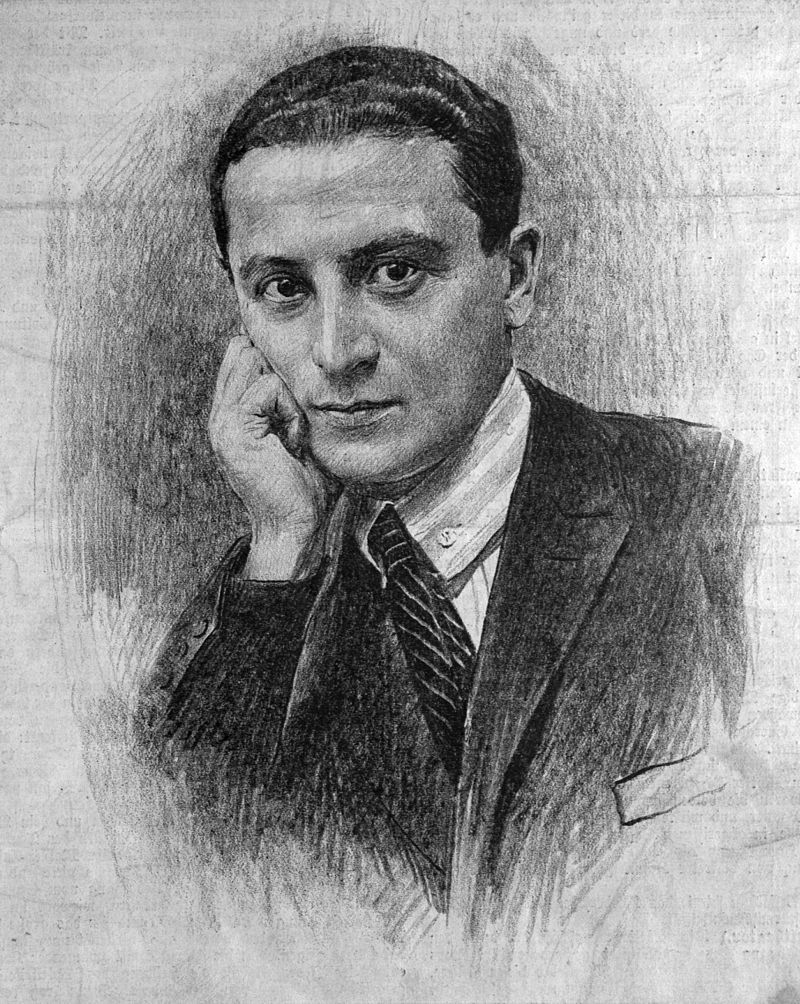 The original idea of the Cologne radio station was to make a first-ever complete recording of this 1932 version in German. But the publisher, Felix Bloch Erben, could only supply a piano score, not the full orchestral parts (or any orchestra score, for that matter). The piano score would have contained all the necessary German lyrics, which could have been fitted to the Broadway version, and one could have added the Michael Krausz “extras” with piano accompaniment, to make clear what’s what. I recall various conversations with Mr. Mauceri at the time about this; he was rather excited about offering a new and mostly unknown version of the Romberg show, so over-familiar to Anglo-American listeners. As it turned out, the radio representatives and Bloch Erben decided against the historic 1932 version, possibly insisting on a modern German translation of Dorothy Donnelly’s book by Wolfgang Adenberg, based on the Broadway performance edition. (That’s the version performed, not too long ago, at Annaberg.) 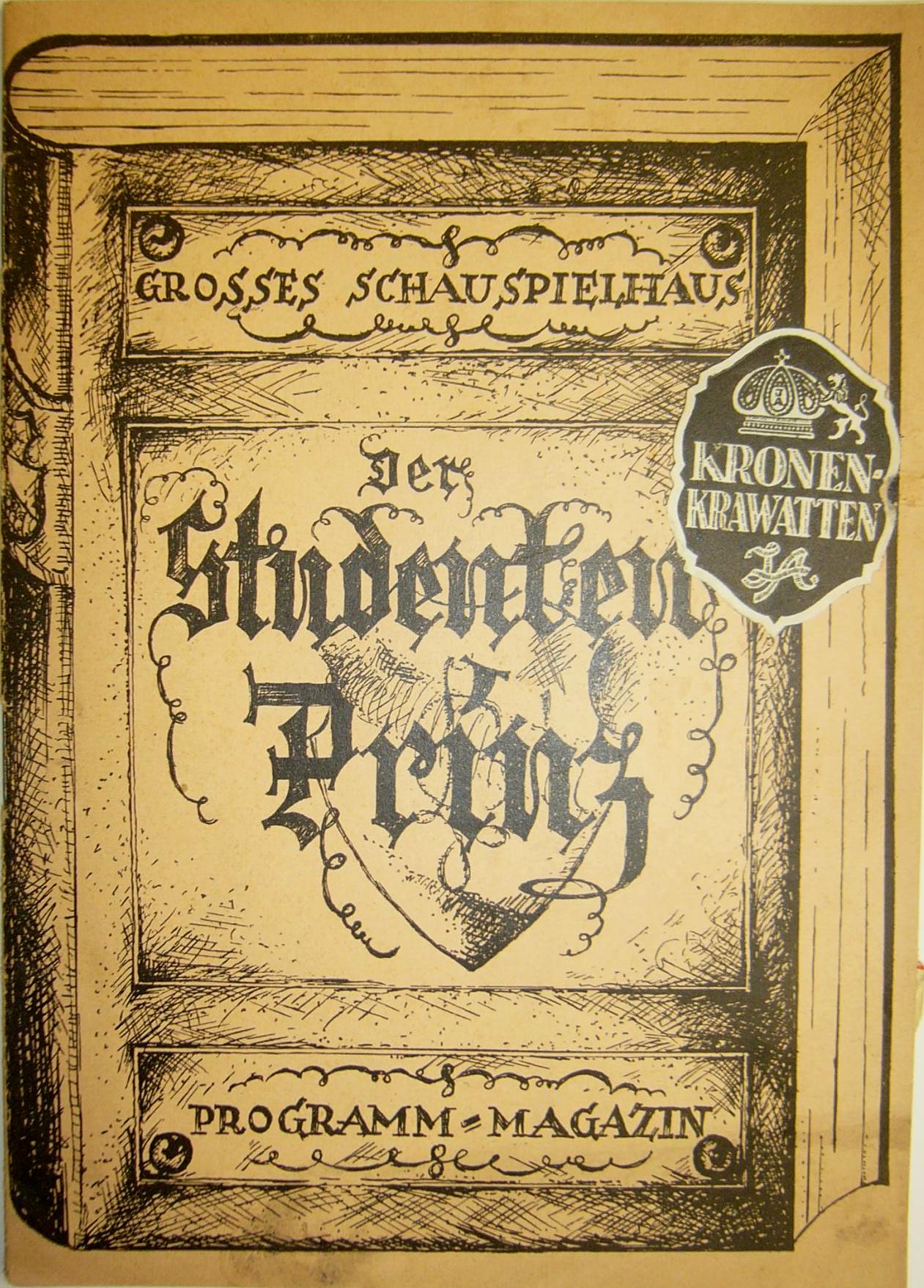 Program book of the 1932 Berlin production of “Student Prince” at the Großes Schauspielhaus.

After much debating, Mr. Maurceri opted for the standard Broadway version, with the standard American text, but sung by standard modern-day operetta singers and performed by a standard German symphony orchestra. Let’s say the orchestra manages to get things mostly right, but no-one buys a Student Prince because of the orchestra. The show has always been about the tenor, many famous tenors of the past have demonstrated what this music should sound like: Lauritz Melchior and Mario Lanza are just two of the most prominent examples, Gordon MacRae with his virile baritone voice must also me mentioned here.

Compared to them, the vocals of Dominik Wortig, Anja Petersen and Vincent Schirrmacher are a painful reminder of how far operetta in Germany as come since 1932. And how difficult it is for young singers to find any kind of stylish approach to such “transatlantic” music.

Which leaves the fresh and energetic orchestral playing as the sole glory of this new version. Whether that alone will convince buyers in Germany and Austria of the general glories of this beloved Romberg show is doubtful. And it raises the question: are these Cologne radio broadcasts and combined cpo CD releases possibly doing more damage to lesser-known operettas than helping them find their way back to the stage and general memory? That might be something worth debating.