Sometimes you wonder why the opera world – of all possible spaces – can pull off such a stunt, but not the operetta people: the online magazine Queerty (“free of an agenda. Except that gay one”) has published an article headlined “Top Ten Hottest Opera Hunks Who Sing Us Love Songs In Our Dreams.” This comes at the exact same time that Bonnie Gordon published her essay “Operetta and Display,” in which she argues that operetta is always about “Gender and the Body” [note the capitals]. According to Professor Gordon, operetta is about selling musical drama via sexy performers. In Gordon’s case, it’s about historical female performers that lure you in, from Lise Tautin and Hortense Schneider onwards. Queerty is two steps ahead, not just of Gordon, and offers a modern-day male version of that same principle to get you hooked.

Under the subhead “Vocal Resonance” Queerty has assembled ten singers, mostly tenors, that can seduce anyone who enjoys looking at hunky male bodies into the realm of opera: so we’re talking female listeners and gay men, and all those heterosexual boys who can unashamedly admire great male physiques as well. (Yes, they exist.) Queerty here follows the lead of blogs such as Barihunks who are celebrating beefy baritones – preferably with their shirts off. Both demonstrate that opera is not about “fat ladies” singing anymore, but about joyful erotic stimulation with music. Or at least it can be about that too, and no one needs to feel ashamed of it. Queerty writes: “Just like Julia Roberts in Pretty Woman, swooning in her box seat as she got lost in the music, we can’t help but get weak in the knees at the sounds (and sights) of these opera-singing babes. There is something about that music slicing through the air, like it wants to grab you and throw you to the ground in a fit of mad passion. Of course, biceps aren’t necessary when singing Mozart or Wagner, but they are some nice extra credit.”

Queerty’s no. 1 example, tenor Paolo Fanale singing Rossini’s Stabat Mater in a rehearsal, points the way. And their editor’s comment is one that should and could apply to anyone attempting to sing operetta too (male or female): “Great, he can sing, but check out the guns on this guy! […] Wow this is sexy.”

If Barihunks and Queerty can spice up the joys of opera in such a way, which is something Opera Fresh recently also did with a story on baritone dream boat Jarrett Ott, current boyfriend of Adam Franklin (Artistic Administrator at The Santa Fe Opera), then we here at the Operetta Research Center wonder why the average modern operetta production and coverage has to look so …. shall we say: joyless? 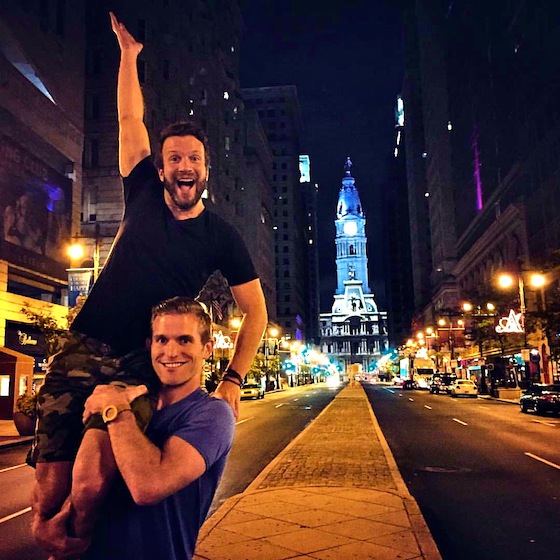 At least the new book Kunst der Oberfläche: Operette zwischen Bravour und Banalität (which includes Bonnie Gordon’s English language text) puts a great male body in motion on the front and back cover. But looking at the average production photos from Ischl, Vienna Volksoper, Staatsoperette Dresden, Ohio Light Opera etc, it’s still a (long) way to go before Queerty & Co. will report on operetta and celebrate its heroes and heroines. And: considering how hard Bonnie Gordon tries to get People of Color into her essay that generally deals with Paris in the 1860s, and how much she labors to turn her reading of Offenbach, Hortense Schneider, Nana and Belle Hélène into an analysis of a “black Venus” from Africa, about colonialism and about something that might interest our contemporary post-colonial gaze, it’s surprising to see the ease with which Queerty includes People of Color. And not make a special fuss about it.

Anyway, here’s the Queerty article with their top 10 nominees. And here’s operetta reality, in the USA. It certainly could use a little “queering” up and beef on the side.