The third major Manhattan outing in recent years of Victor Herbert’s once hugely popular Broadway operetta The Red Mill proved highly enjoyable in the hands of VHRP. Like the last two excellent productions – that of The Little Orchestra Society in 2007, and then LOONY (Light Opera of New York) in 2010 – the edition employed was prepared by VHRP Artistic Director and tireless Herbert champion Alyce Mott. 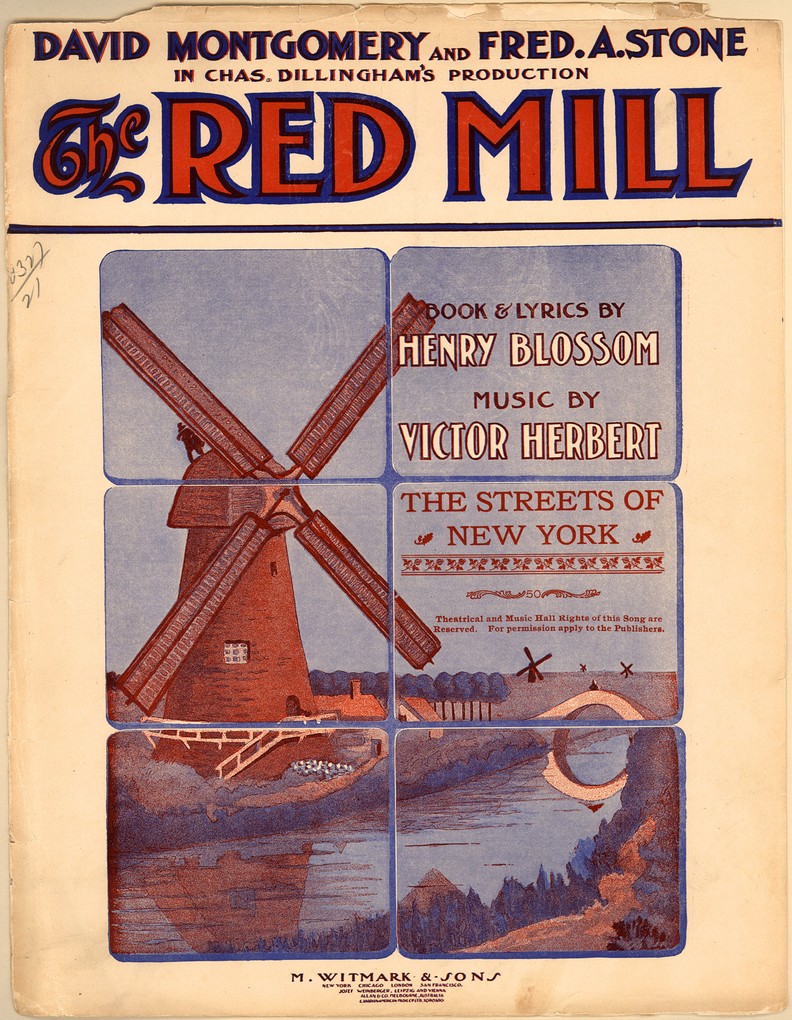 She’s made tweaks along the way, but all versions – which ideally accommodate companies with smaller forces –  include a reordering of songs, some characters (Tina, Willem) and a couple of songs dropped, and tighter narrative, though it must be said that Henry Blossom’s original book for the show was, in fact, considered one of Herbert’s strongest back in the day, and holds up reasonably well on its own, some of the humor notwithstanding.

Originally a vehicle for the popular team of David Montgomery and Fred Stone, who supplied some spectacularly acrobatic dancing and stunts (the latter falling backwards down an 18 foot ladder, and later, rescuing the heroine by riding a wing of the titular mill), the plot revolves around two penniless Yanks – Con Kidder (Matthew Wages) and Kid Connor (Drew Bolander) stranded in Holland. 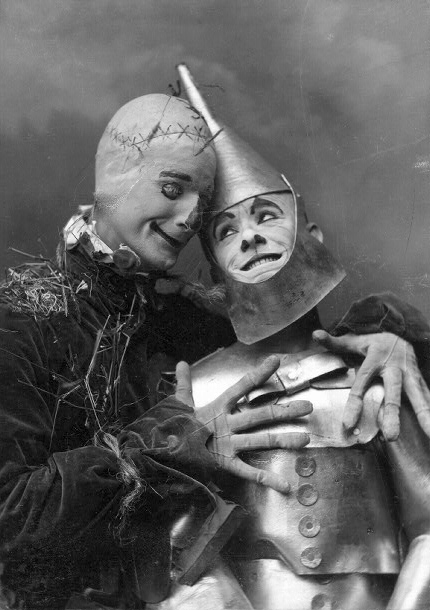 Fred Stone as the Scarecrow and David C. Montgomery as the Tin Woodman in the 1902 stage extravanganza “The Wizard of Oz.” 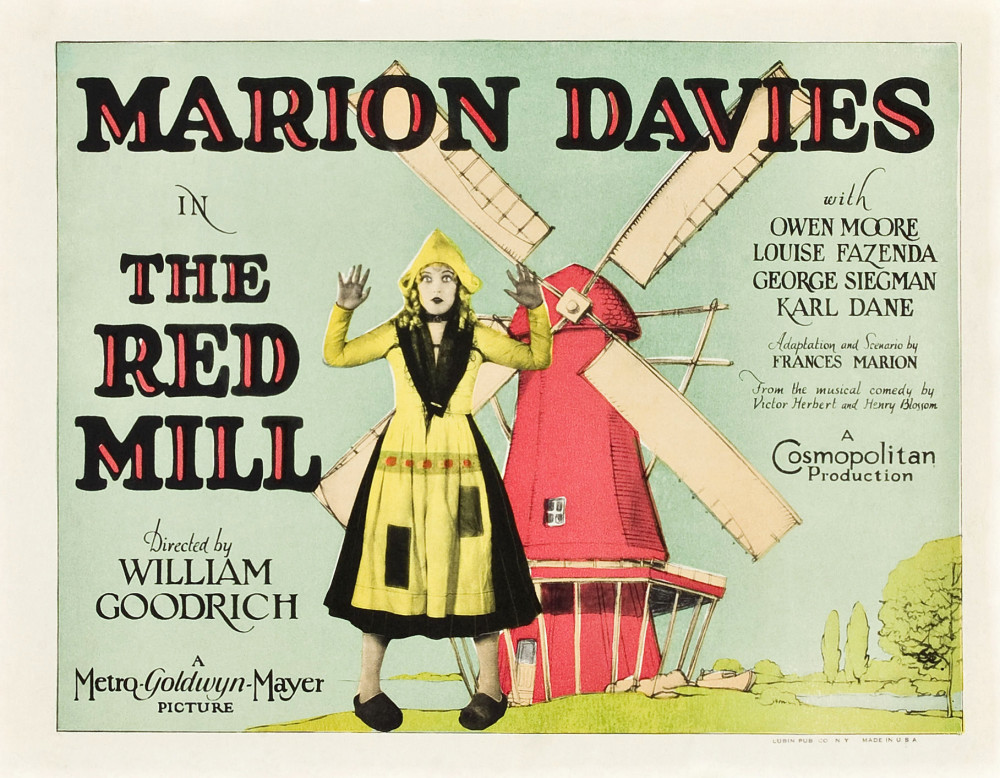 The 1927 film version of “The Red Mill” starring Marion Davies.

The cast was attractive and vocally adept, right down to the blue chip ensemble (including Daniel Greenwood, Joanie Brittingham, Jonathan Fox Powers, Tanya Roberts, Jonathan Heller, and Hannah Kurth). Smith and Sapp made appealing, light-voiced lovers, blending nicely on “I Want You to Marry Me” and “The Isle of Our Dreams.” (Smith inherited the missing Tina character’s charming “Mignonette” ditty.)

Slywotzky delivered an appropriately menacing “The Legend of the Mill,” setting up the important plot point that the place is haunted. Wages and Bolander, minus the heart-stopping acrobatics of their roles’ creators, handled the vaudeville numbers “Always Go While the Goin’ Is Good” and the famous “Streets of New York” with fine style. 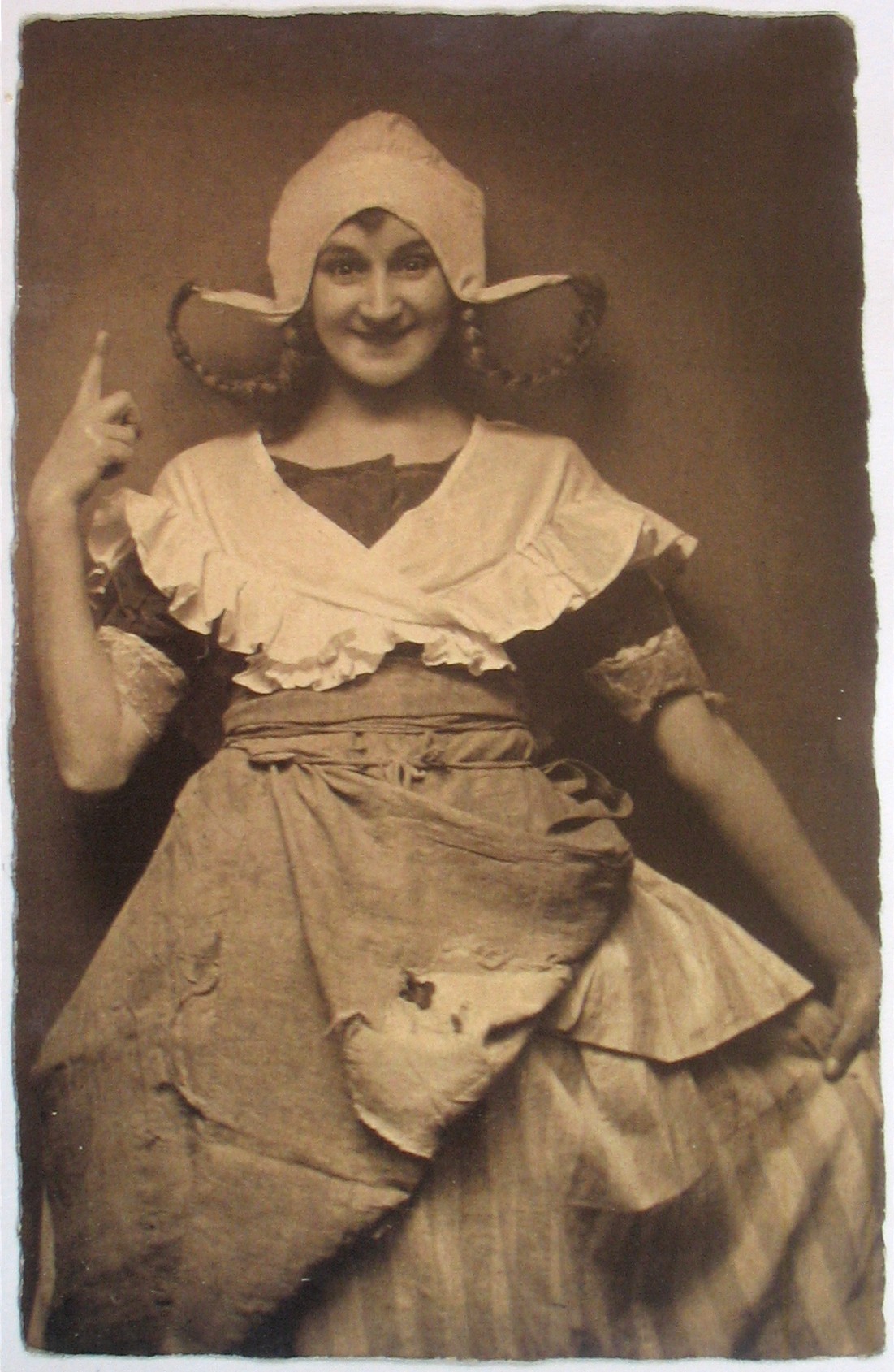 Maida and Brown (the semi-villains of the piece) hadn’t much to do vocally, though got to do one lively number, “You Never Can Tell About a Woman.” (Maida, incidentally, was once a fine Con Kidder himself as you can hear on the Ohio Light Opera recording of the work on Albany Records.)

The Governor makes a late entrance in Act Two, but Seatter made the most of it with the rousing “Every Day Is Ladies’ Day With Me,” and then dueted touchingly with Slywotzky in “Because You’re You.” The staging of the former was slightly marred by the chorus girls exaggeratedly recoiling from the Governor as if he were a 1906 Harvey Weinstein, whereas surely his character meant to be nothing more than a charming rogue of the pre-politically correct old school. 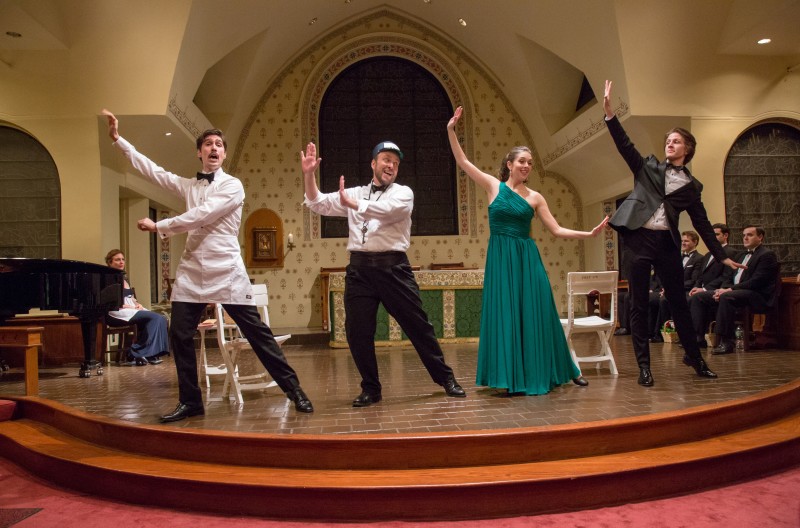 Berta’s “A Widow Has Ways” and Con and Kid’s “Good-a-bye John” (an interpolation not by Herbert, but nonetheless one of the original production’s major showstoppers) were the primary casualties. But, as compensation, we got to hear the rare “I’m Always Doing Something I Don’t Want to Do,” performed by Berta and Gretchen.

On the whole, the romantic elements trumped the comic ones, as the comedy – even in this edition – seemed a tad labored, but the music happily dominated. 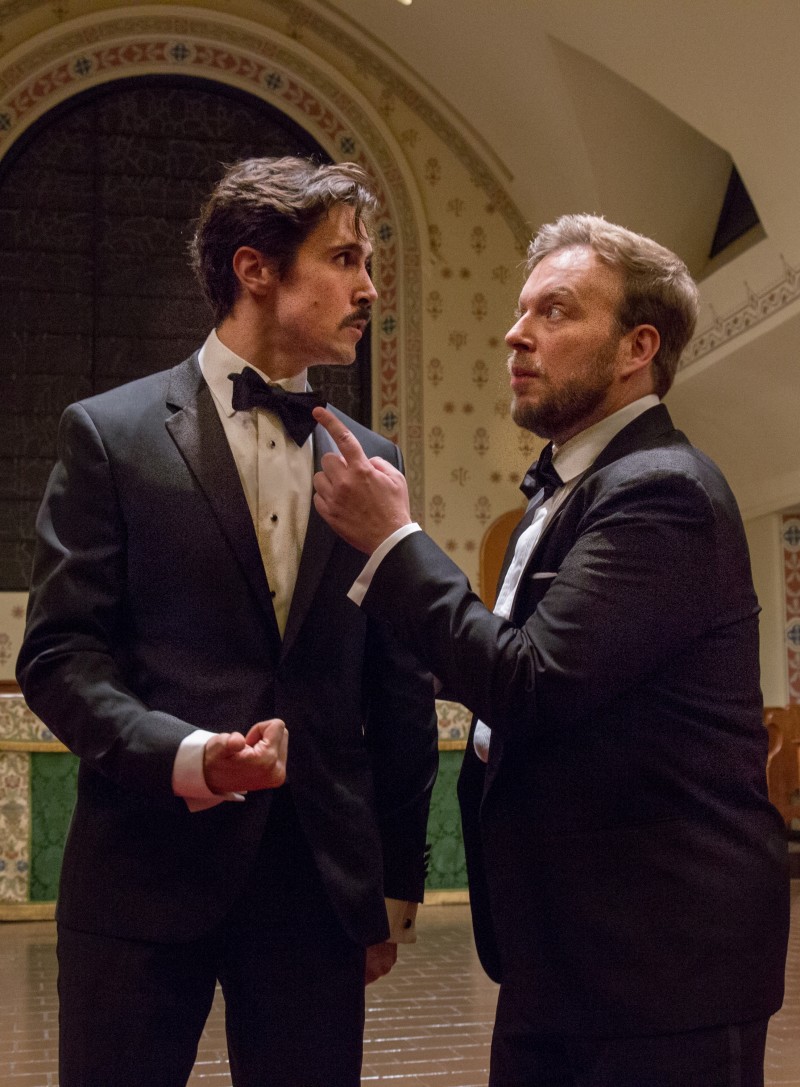 Con (Drew Bolander) and Kid (Matthew Wages) try to run out on their bill in “The Red Mill.” (Photo: Jill LeVine)

As with the last few VHRP productions, Mott’s savvy direction and Emily Cornelius’ very entertaining choreography continually delighted the eye, and helped one forget the lack of sets and period costumes. William Hicks’ fleet and nimble piano accompaniment (the small orchestra employed for last season’s Eileen will return for their spring show The Enchantress), and Michael Thomas’ assured conducting were, as usual, above reproach.