Kevin Clarke has recently penned a fascinating article concerning the background to the composition of Die große Sünderin, first produced at Berlin’s Staatsoper on New Year’s Eve 1935, and now revived for the first time in living memory at Leipzig’s Musikalische Komödie. The performing materials were lost or destroyed in the confusion of WW2 and when Franz Marszalek, a friend of the composer who only died in 1953, wanted to conduct a radio version in 1951, he had to reconstruct it, with Künneke’s agreement and advice. It is this musical version, plus interpolations for the ballet from the same composer’s Tänzerische Suite Op 26. that forms the basis of the Leipzig production. The result is some of the best of Künneke’s gorgeous melodies, sumptuously orchestrated and here superbly played by a larger orchestra than would normally be found at this theatre. 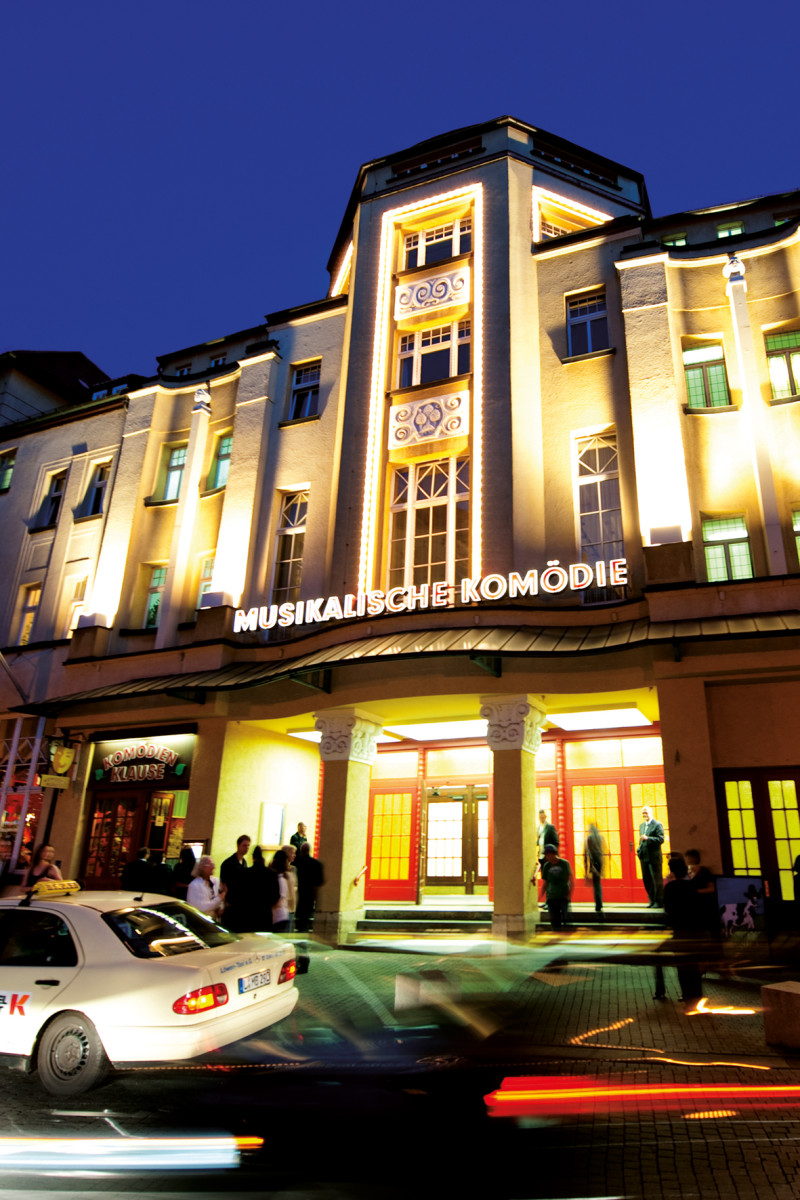 The entrace of the Musikalische Komödie in Leipzig. (Photo: Dirk Brzoska)

In fact, musically this production has much to recommend it; not just the stylish playing of the orchestra under the talented and highly experienced Stefan Klingele, but also in much of the singing.

Adam Sanchez, in the role of ‘Reiteroberst von Schrenk,’ does not obliterate memories of Helge Rosvaenge or Rudolf Schock, both of whom recorded much of the role, but quickly makes the part his own by his dashing acting and ringing high tessitura. His most familiar song (“Immerzu singt mein Herz”) is luckily reprised several times, so that one is not allowed to forget this lovely melody. 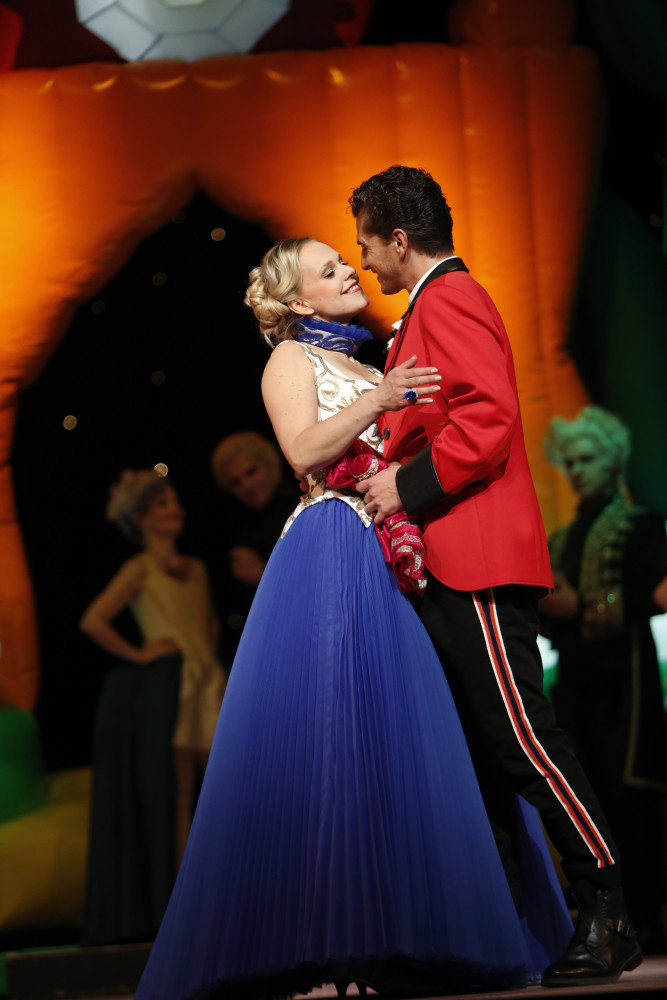 Lilli Wünscher looks highly glamorous as Sybilla, supposedly the first ‘big sinner’ and a real-life character from 18th century German history, living in a castle at Rastatt near Baden Baden.

The program notes helpfully provide a map of the castle! She uses her attractive voice to sail effortlessly through her music, especially the title song.

Nora Lentner in the soubrette role of ‘Freifrau Jakobe’ clearly relishes the time she spends on her back (which is most of Act Two!) and imbues the show with a lightness of touch which is perfectly attuned to the production.

Angela Mehling has great fun with the role of Sybilla’s chief-stewardess, her rich, character-full mezzo-soprano carrying to the back of the theatre – no mean feat in the cavernous acoustics of this theatre! 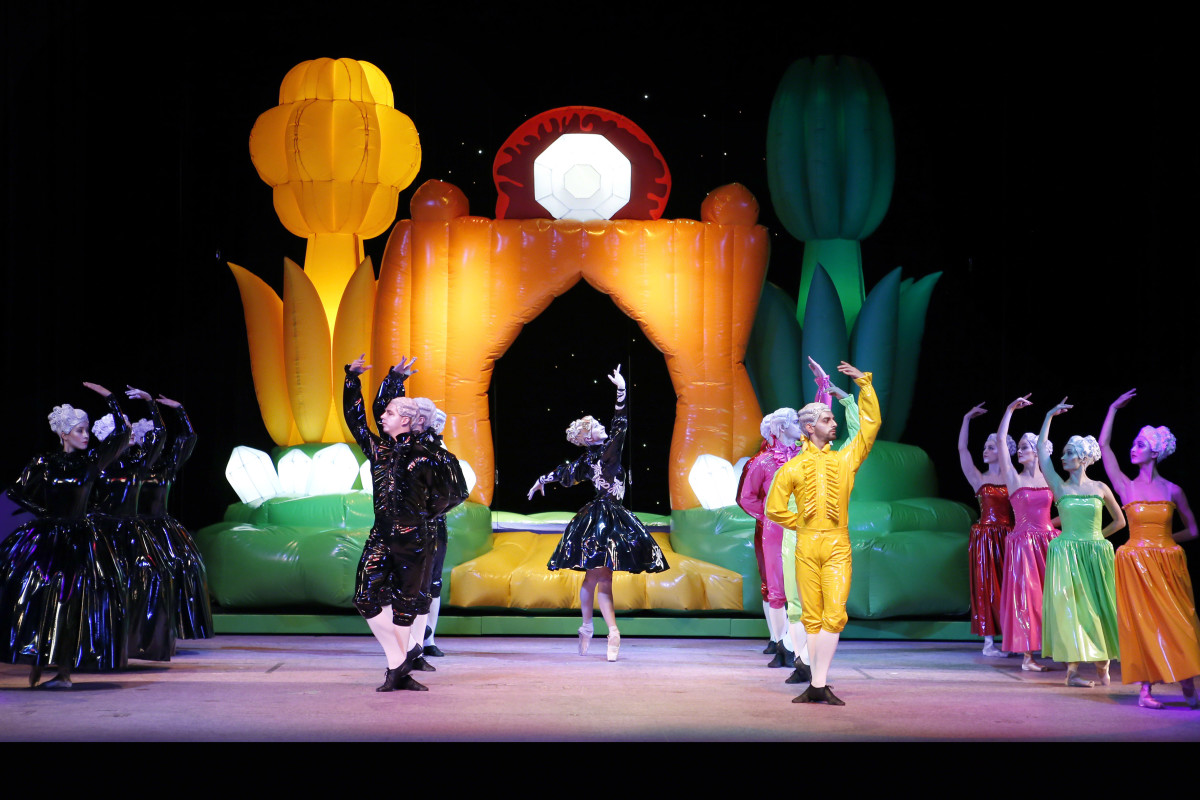 The plot is featherweight concerning, of course, Sybilla and Jakobe’s amorous intrigues and Arabella’s plans to marry Sybilla to various clearly unsatisfactory suitors! There are no prizes for guessing whom she eventually marries: in fact the plot reminded me of Die lustige Witwe at times!

For an operetta which sets out to be ‘German’ rather than Viennese or Hungarian, I was continually reminded of Lehar and Kalman. For example, the show is in the traditional three acts, with the third act almost breaking records for containing the least original music and plot of any well-known operetta! Clearly those in charge realized this and have prefaced this act with an interpolated 8 minute ‘concert overture,’ showcasing the magnificent orchestra once again. The following denouement takes all of another 8 minutes before the final curtain! 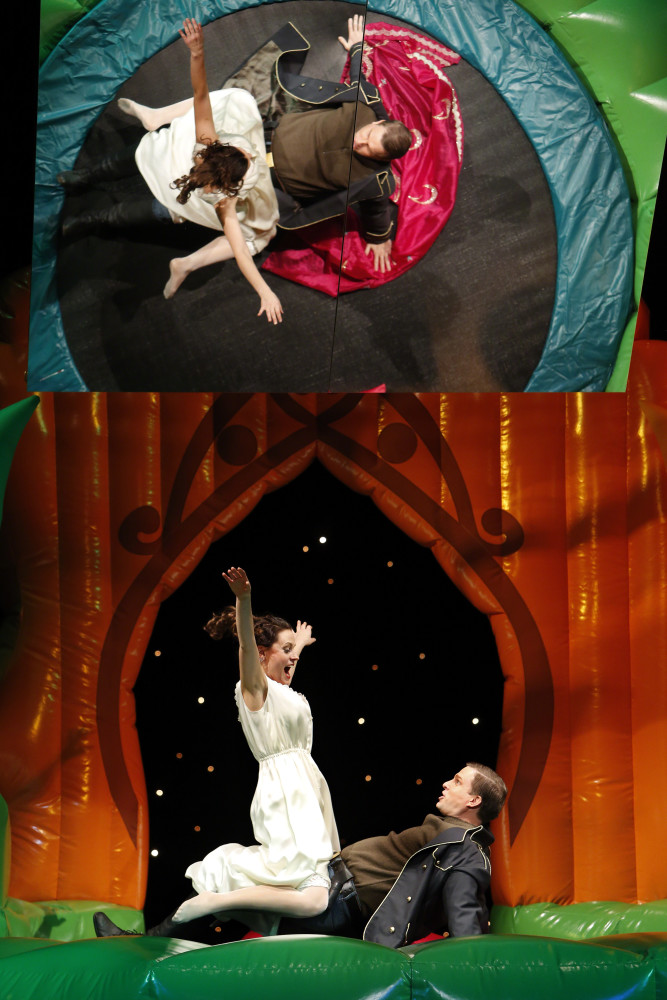 The set designer is Florian Parbs. He decided on a blow-up colorful Bouncy Castle, which is inflated during the prelude to Act One, set in black drapes and a few blow-up Triffid-like plants. Many entrances and exits take place through the castle which the cast clearly have difficulty in negotiating, owing to its bounciness! Its position is turned 180 degrees in Act Two so that it becomes a large bouncy bed for Jakobe.

Costumes (Rebekka Zimlich) are sumptuous, especially those of the ladies, and lighting (not credited) often very effective in the creation of mood. The piece is directed (Alexandra Frankmann) with a true sense of pace and energy  often lacking in ‘traditional’ operetta productions in which the dialogue can often drag! The ten members of the corps de ballet plus soloist Alla Bykanova are used with imagination. The chorus and extra-chorus have more to do than is common: it is a pity that the director treated them as a ‘chorus’ rather than individuals, especially as their costumes were always highly indicidual. 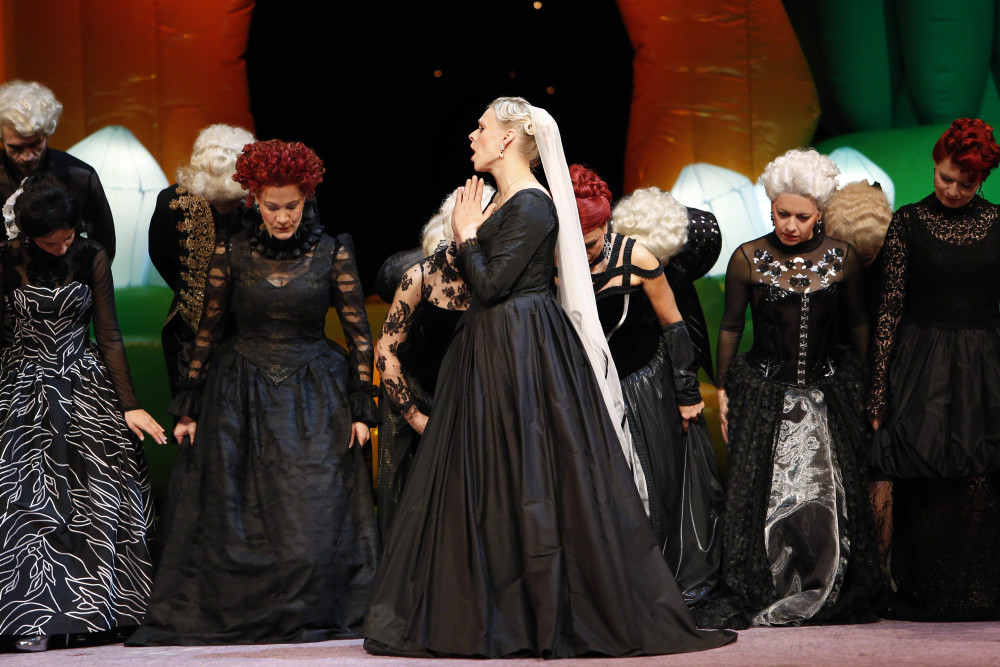 Notwithstanding the rather strange sets and almost total lack of plot, I enjoyed my evening in Leipzig very much indeed. Künneke’s music is superb – very memorable and almost completely different to his best-known show: Der Vetter aus Dingsda. I am just so surprised that the ultra right-wing German government of the time approved of such light-hearted frippery, especially when it took place at the Staatsoper! 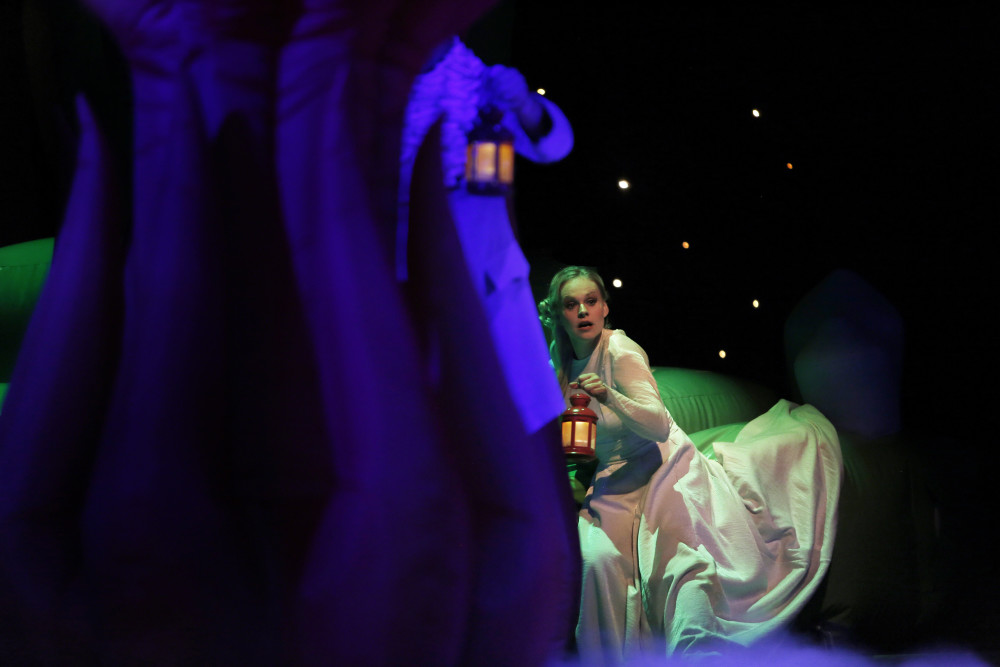 One word on the Musikalische Komödie theatre. It is very clearly the poor relation compared to the Opera House or Gewandhaus. On entering the building you get the impression that everything is temporary, an impression amplified when you find you are sitting not on padded theatre seats but on hard chairs of the sort that you might find in a school or church hall! There is little atmosphere in the vast shell of the theatre and it is remarkable that the company is able to produce work of such a high standard. If the good folk of Leipzig ever visit the new Operetta Theatre in Dresden, or the recently refurbished Gärtnerplatz Theatre in Munich, they must wonder when (if ever) some money will trickle down to operetta in Leipzig!