Recently, conductor Dario Salvi performed Franz von Suppé’s one-act Die schöne Galathée (1865) in the UK, in English. It was a production featuring The Imperial Vienna Orchestra and a full cast. It was based on the 1884 translation by Willard G. Day, a version most German speaking fans of the show will be unfamiliar with. You can read in many books – such as Laurence Senelick’s recent Offenbach study – that the British adaptations of Continental operettas were terrible, giving only “a fair notion of the original” and “avoiding anything that could give the slightest offence.” Offence meaning, in this case, moral offence. George Bernard Shaw called the original Offenbach pieces (on which Suppé modeled his Galathée) “miracles of wit and sentimentality and monsters of moral obstuseness,” by comparison Gilbert & Sullivan present “brutalized, embittered, middle-class, mechanical puppets.” You might want to keep that in mind when you read the following article by Ziazan who performed Ganymede in Lovely Galatea under the “inspiringly enthusiastic baton of Dario Salvi” and claims that the script is a total let-down. 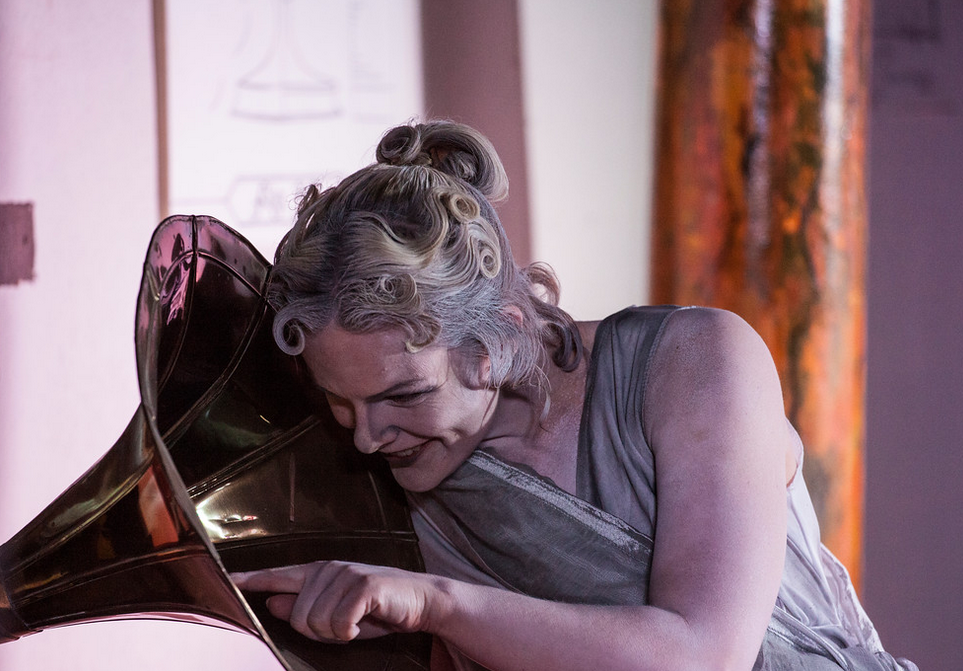 The tunes are maddeningly catchy; the orchestration is accomplished and charming; the drama is fast-paced and funny. It’s the script that lets it down. In fact, it’s easy to see why the English version, written by Willard G. Day in 1884, never caught on. It isn’t just the late 19th-century American slang that makes it hard to follow for modern audiences, it’s just badly written. It is full of forced puns with little pay off — the kind of puns that need explaining, and still aren’t funny when you come to understand them. This extract, in which Galatea demands that Pygmalion fetch her some food, is the worst offender:

G. To begin with, roast pork, fried sauer kraut, and boiled onions.
P. What? All these in Greece?
G. No, dear: the boiled onions must be served in butter.
P. Oleomargarine!
G. Never! Butter only. No old mutton tallow, mind you.
P. Won’t ram fat do?
G. Ram fat? Hardly.
P. Well, ‘tis a kind o’ butter, you know.
G. Too strong. If I’m obliged to have sheep, I prefer — ewe.
P. And I like ewe; so we won’t have any mutton but-her — whether or no.

Would you be surprised if I told you our audiences didn’t laugh at this scene? It is passages such as this one that we perhaps should rewrite for future performances, but we simply didn’t have enough time on this occasion. For some of the solo speeches we either improvised or drafted new versions. For example, my character, Ganymede, had this to open Act Two:

“I thank the gods my master did not catch me. My trespassing against his commandments would have brought a high old classical thrashing upon my shoulders. With us Grecians, all is classical, even a thrashing. There are other Grecians beside ourselves. Thus there are the pork-packers; the coal oil refiners; the whale-fishers.”

Get it? Neither did I. But something was needed to lead into the song, We Grecians. So I came up with this: 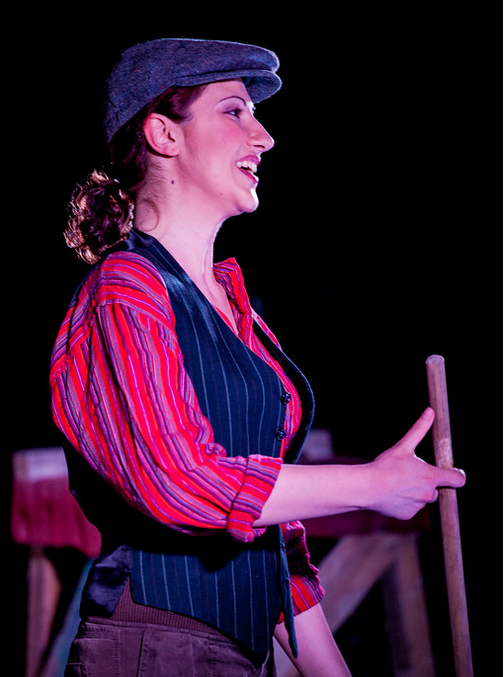 That got a few laughs. As did the replacement of Pygmalion’s withering insult: “Thou foul product of a Harrison Street flood!” with “Thou foul product of Ipswich!” Which, no doubt, will continue to amuse Norwich audiences for another hundred years at least. I am happy to confess to being a product of Ipswich myself, and I am not offended by this joke. It is important to say so these days, as it is a favourite modern pastime to find offence in the most innocent of statements or actions. Oh happy days when it was possible to makes Jews the butt of every joke in an operetta! We shall never see their like again. I am, of course, being sarcastic. Willard G. Day was not. In the original German libretto, Midas is an honest art dealer. In Day’s American version, he is a Jewish pawn broker. Our Ipswich line was meant as a gentle dig at the ancient feud between Norfolk and Suffolk, which no-one now really takes seriously. Day’s inserted jibes at Midas and his kind were not so innocent. We cut the worst of it for our first performances, but if only for this reason alone, in future we will have to work with a much nearer translation of Henrion’s script. 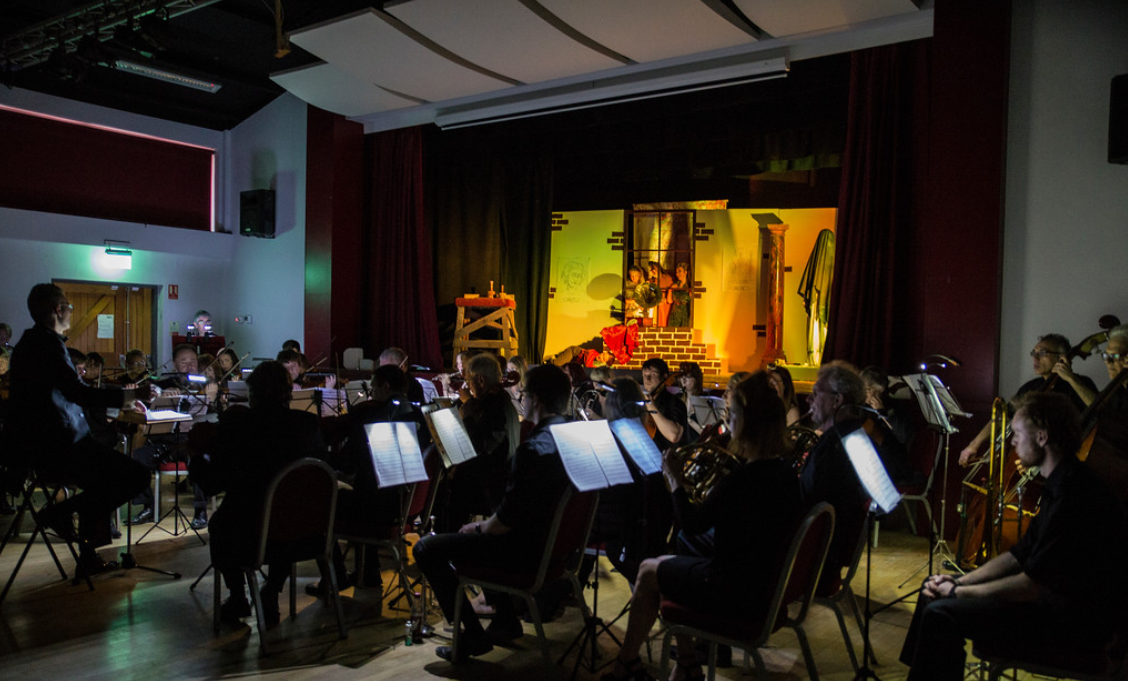 Now, to the lyrics. Writing singable English translations to any aria is a challenging task — I should know, I have done it myself enough times — and I respect anyone who attempts it. There are so many things to consider: keeping the sense, finding a rhyme, fitting the phrase length, matching the musical and linguistic rhythm, and, one might say, most importantly, choosing words that are easy to sing. When a composer sets words they do their best to write a tune that does not make the singer’s job any more difficult than it already has to be (or, at least, they ought to). In other words, the melody is shaped around the text. Creating a new translation is a very different skill from writing a libretto — which I have also done. I mention this not to boast, but to prove my qualifications for the judgement I am building to. Day succeeded in two of the above mentioned qualities of a good translation. His words rhymed, and they fitted the musical line. But in all other important points he failed. Rhyming was so important to him that sense and natural phrasing went out of the window. For example, I had the phrase, “My freedom giving, leave her I can’t”, all so that he could rhyme it with “piquant”. English is not an ideal language for singing, it is so consonant-heavy (so is German for that matter) but surely Day might have avoided the double “st” at the end of the drinking song in “coldest stone”. The baritone has probably the worst time of it, since his character has a lot of “patter”, the words of which were not well chosen. One line ends with, “yum yum yum yum”, as though Day had run out of ideas and needed to fill in four notes. Actually, I take back what I said about his successfully fitting the words into the musical line — a lot of it reads like placeholder dialogue that was never corrected. 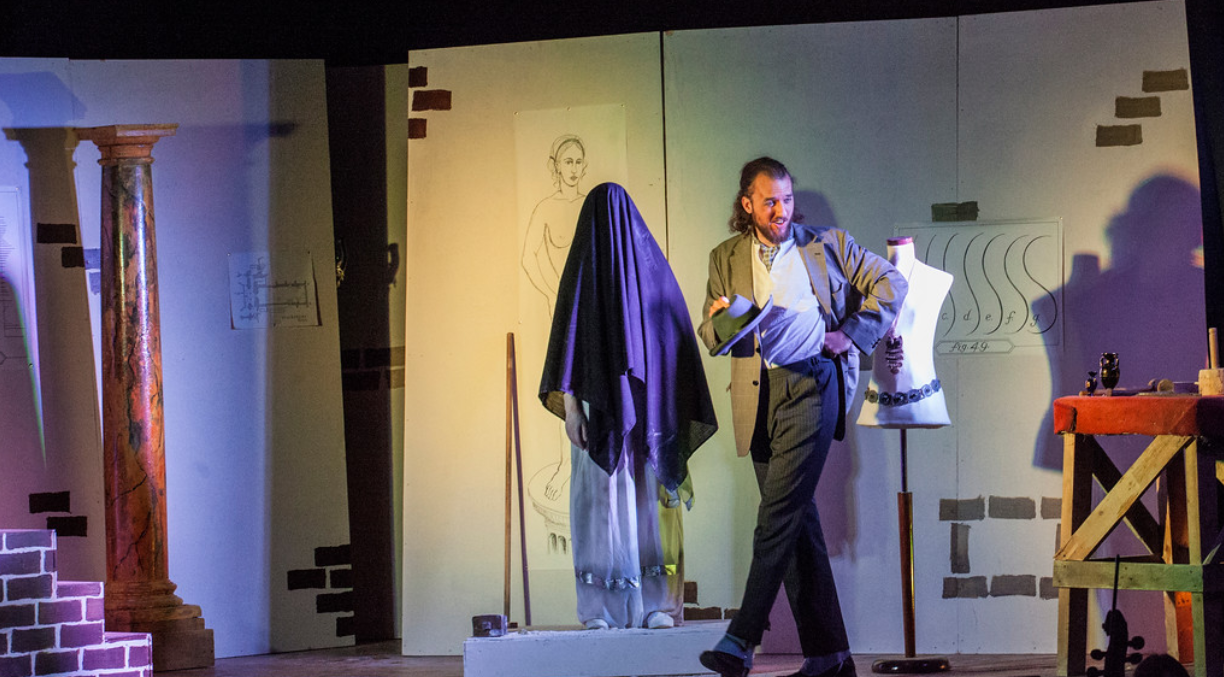 I have been harsh on poor Day, and I do appreciate the difficulties of the task he undertook, but for the singers and actors who have to memorise the text, both sung and spoken, of a four-hander, one act opera — in just two rehearsals, I might add — it is easier to learn text that makes sense than text that doesn’t, when it is one’s mother tongue. And it is always desirable for an audience to be able to follow the meaning of what is said and done on stage. Suppé’s music is fine enough to carry the operetta on its own, but this is proto musical theatre, where words and music should be of equal standing. What a pity that from an age abounding in inspired retellings of the myth of Pygmalion and Galatea, when W. S. Gilbert and G. B. Shaw lent their inimitable pens to the task, Day’s represents the worst of them. 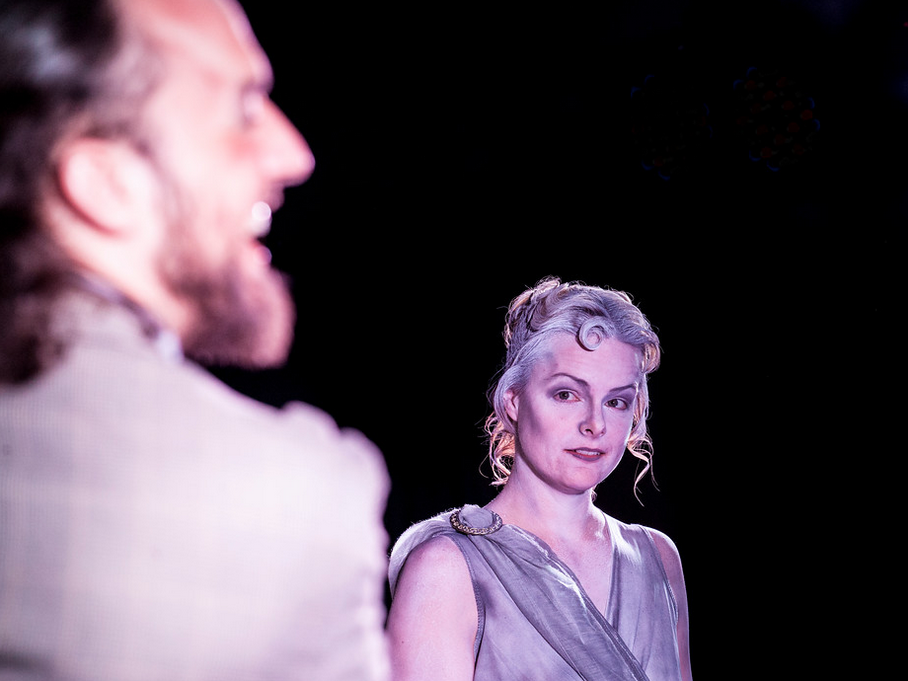 Our audiences enjoyed it nonetheless, the performers enjoyed it immensely (I think I can speak for us all on this), and we look forward to putting it on again. Next time with a new and improved libretto, I hope. Suppé deserves better.

For more information on the Imperial Vienna Orchestra, click here. You can watch the entire performance on YouTube: