Hot on the heels of LOONY’s Naughty Marietta only one week before, along came yet another Victor Herbert work, but this one a real rarity, a 1911 hit which, in its day, had most critics raving. (Frequent Herbert collaborator Harry B. Smith supplied the lyrics.) In fact, it followed Naughty Marietta by just one year, but in the interim, the prolific composer had been unfairly trounced by the press for his ambitious grand opera Natoma and had turned out two lesser works (When Sweet Sixteen and The Duchess) which failed to make much of a mark. 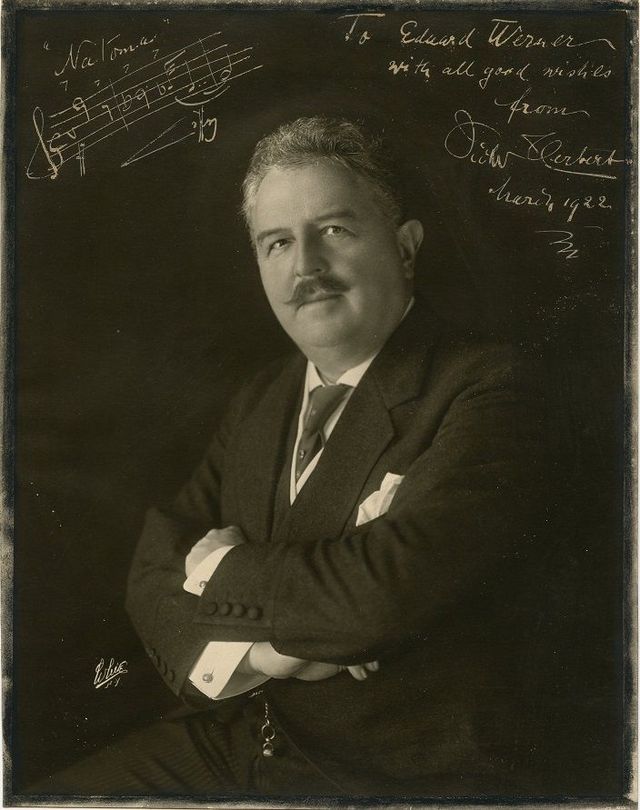 In his excellent 1955 biography of Herbert, Edward Waters deemed The Enchantress the equal of Naughty Marietta and, as such, shamefully neglected, though more recent biographer Neil Gould, while admiring the score’s craftsmanship, found the book (by Fred De Gresac) – also generally praised in its day – “unredeemable” even by Herbert’s music.

No such opinion deterred late Herbert scholar and conductor Frederic Roffman from mounting a production in 1983 for the Bel Canto Opera. It used an 18-piece orchestra, but Roffman fiddled with the script (including a different ending), the song order, and he interpolated cut songs and numbers from other shows, including one from Herbert’s unfinished adaptation of Trilby.

Nor has it discouraged VHRP Artistic Director Alyce Mott who has done some tasteful abridging, but has remained more faithful to the structure, while her stage direction was, as usual, creative and sensible. In the event, the production was a great success. 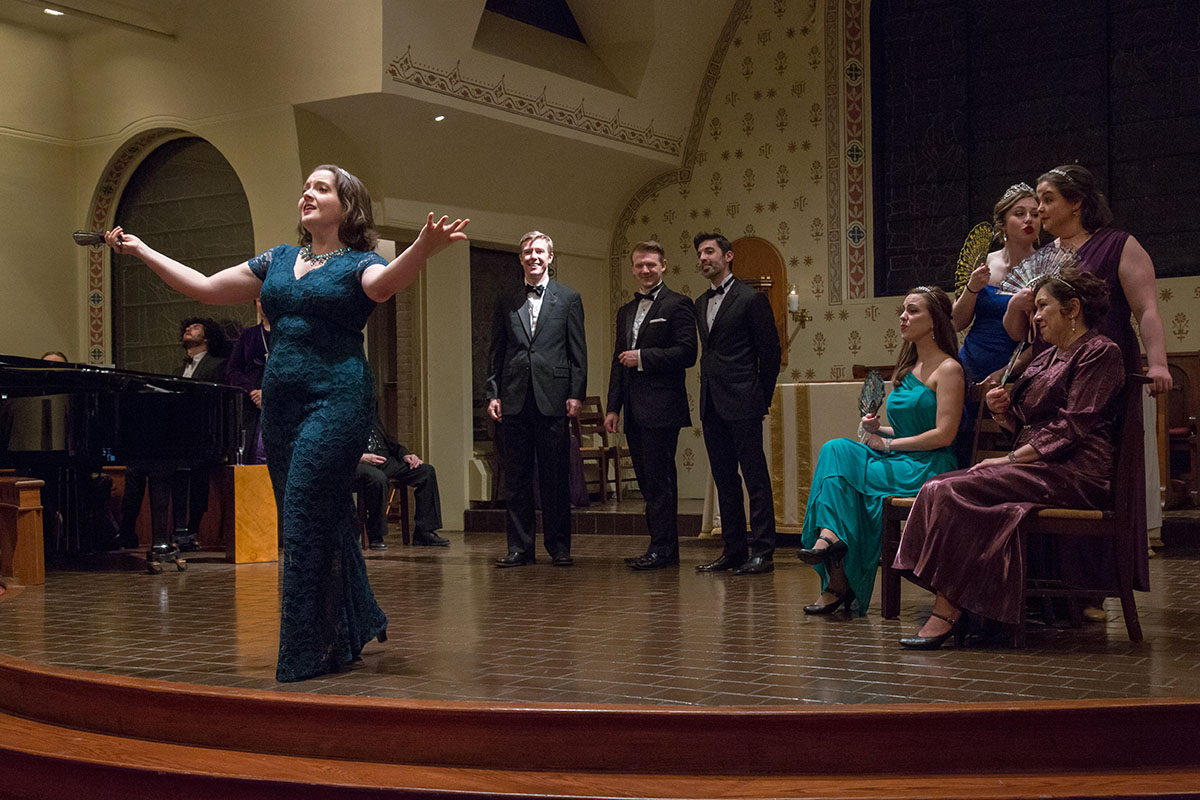 The action takes place in the fictional country of Zergovia, as scheming Prince Regent Miloch (Brian Kilday) and War Minister Ozir (Drew Bollander) plot to get rid of the royal heir Prince Ivan (Tom Carle), who’s about to ascend to the throne. Their plan is to have him fall in love with a non-royal, a charming opera singer Vivien Savary (Claire Leyden), the “enchantress” of the title, which will perforce lead to his abdication. There are, meanwhile, several princesses (Haley Vick, Jane Hoffman, Sonora Dolce, JoAnna Geffert, and Susan Case) vying for the prince’s attention, not to mention a hoydenish American gal (Joanie Brittingham) who hopes to buy herself a title to make herself eligible for consideration. Once Ivan lays eyes on Vivien, though, he genuinely falls for her, inveterate ladies man that he’s been till now. Troute (funny and versatile Jovani Demetrie), the head of the Secret Service, gets a whiff of the plot and enters into a number of outrageous disguises to discover more and thwart the plan.

The production was well cast across the board, but Leyden was perfection in the title role. She had the voice, the grace, the poise, the beauty and sensitivity to carry off the part, while being utterly convincing as a woman worthy of a king giving up his throne. In the sequence that first introduces the show’s big tune, “To the Land of My Own Romance,” her ravishing singing and that of the ensemble made for a heart-stoppingly gorgeous moment.

Elsewhere, her renditions of the rueful “The Goldfish Song” and “All Your Own Am I” were delivered with equally outstanding vocalism and feeling. 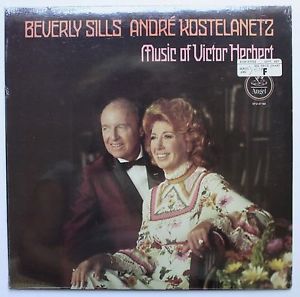 Hoffman carried off the show’s second best known song “Art Is Calling for Me” (resurrected by Beverly Sills in her out-of-print Herbert album, and later an encore favorite of Kiri Te Kanawa).

VHRP’s version included the rarely heard musical quotations from La Boheme and Faust with admirable aplomb. Vick handled her part of the duet “When the Right Man Sings Tra La” with charm. And special mention must be made of Case who, rather incredibly, played the very same part of the Russian princess that she did in the aforementioned Roffman production 35 years ago, and scored once again both vocally and comedically.

As the smitten prince, Carle – last seen at VHRP as rebel hero Barry O’Day in Eileen – scored with “The Best Little Girl is You,” and partnered handsomely with Leyden. Kilday and Bolander excelled as the crafty schemers. David Seatter was, as always in these productions, a joy in the comic baritone roles, this time as the Prince’s tutor Poff. Besides dueting with Vick on her aforementioned piece, he and Demetrie excelled in an amusing and jaunty duet “They All Look Good When They’re Far Away.” 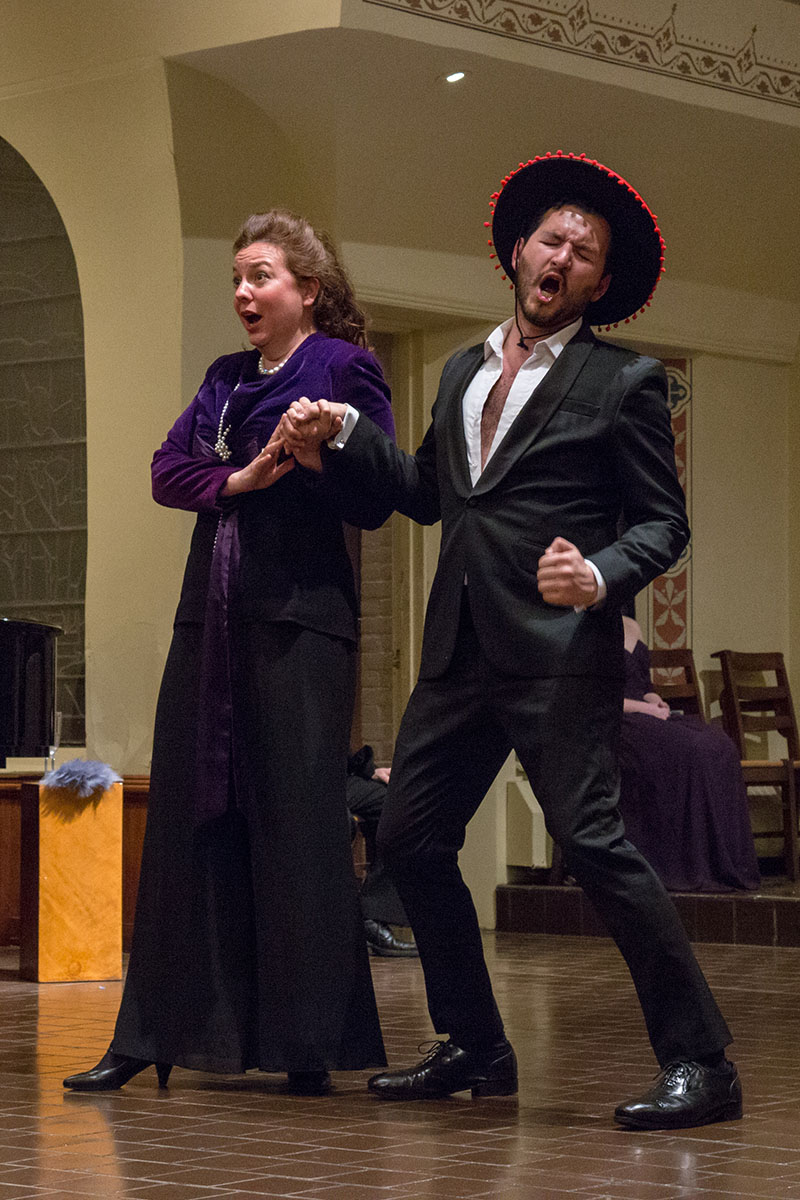 Demetrie, for his part, had another show-stopping musical moment with Vira Slywotzky as Vivien’s love-lorn aunt as they sang of their upcoming life together “Come To Sunny Spain,” with riotous choreography by Susanna Organek who provided nimble staging of the musical numbers throughout, including a lovely Merry Widow-like waltz sequence for Vivien and Ivan in the second act.

Two songs were cut – the Princesses’ “Dreaming Princess” and Marian’s “That Pretty Little Song” – along with some other little snips here and there, but this was still a satisfyingly full evening, one of the very best in VHRP’s enterprising four-year history. Marian’s other number “I’ve Been Looking for a Perfect Man” was, by the way, exceptionally well delivered by Brittingham. 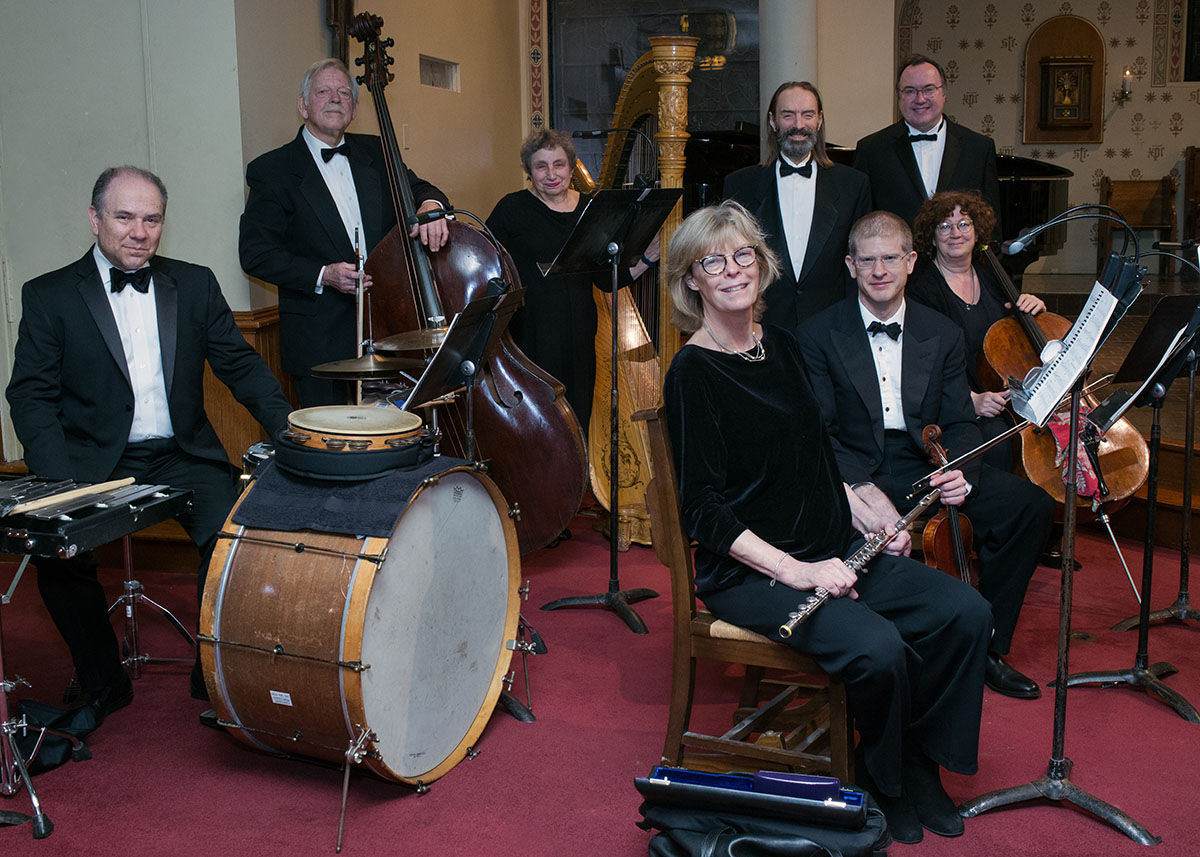 As with last spring’s production of The Red Mill, The Enchantress was accompanied by the six-piece New Victor Herbert Orchestra, as well as Herbert expert William Hicks on the piano, all buoyantly conducted by Music Director Michael Thomas who, as usual, kept the musical side of things on the highest level.
During her interval remarks, Mott announced her promising lineup for next season: Orange Blossoms and Sweethearts as well as a themed evening of love songs.