The Staatsoperette Dresden has a new home, you might recall. The operetta company in Saxony has moved from the outskirts in Leuben to the touristic epicenter of town where it can, potentially, compete for visitors with Semperoper, Grünes Gewölbe, Zwinger, Frauenkirche and all the glorious rest. While the Militärhistorische Museum, situated a little further afield, attracts maximum attention with spectacular architecture and novel exhibition concepts (coming up: War is for Men – Peace is for Women? GENDER AND VIOLENCE in April) the Staatsoperette is somewhat stuck in a twilight zone, though without sexy vampires to make this interesting. Intendant Wolfgang Schaller is leaving next year, after having cemented the provincial aura of Staatsoperette for more than a decade. Coming in as new artistic director is Kathrin Kondaurow. And while we still have to wait for her to supervise an overdue fresh start, Staatsoperette just published its schedule for the last Schaller season. It is so lackluster that one might worry if the institution will ever survive until Miss Kondaurow can take over. 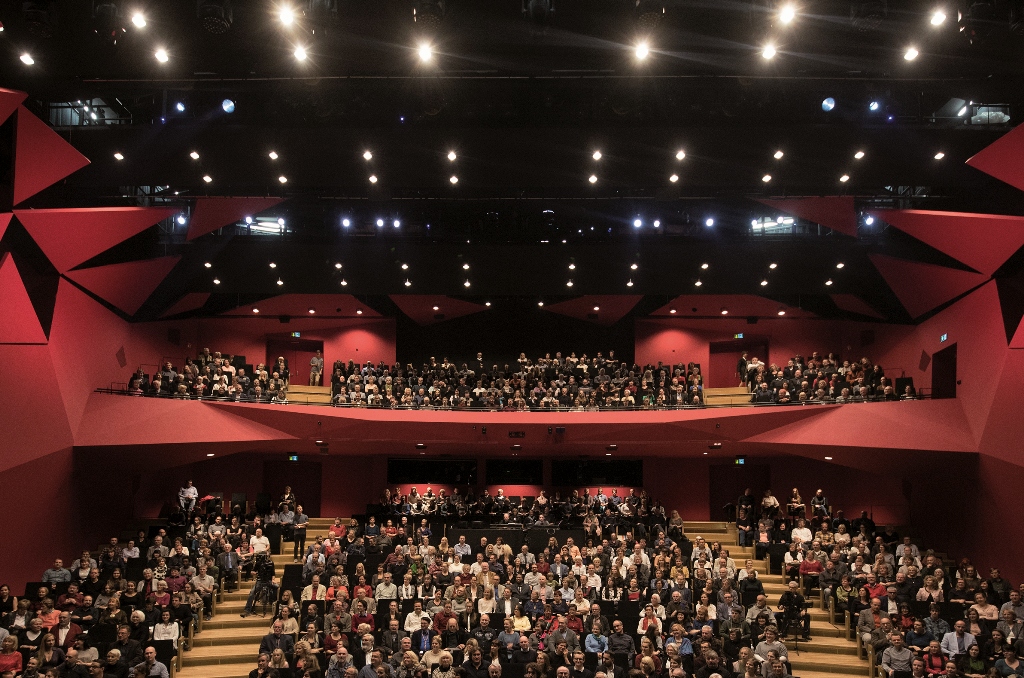 In the past, Mr. Schaller tried putting a focus on “jazz operettas.” When he first came into office, he presented Kalman’s Herzogin von Chicago, he presented Kurt Weill’s Broadway operetta The Firebrand of Florence, he offered Gershwin’s Pardon My English (set in Dresden), he staged the first reconstruction of the original 1930 Im weißen Rössl, he reconstructed Viktoria und ihr Husar, he even hosted the conference Operette unterm Hakenkreuz in 2005. None of the stage productions made a serious impact, and none sparked a serious revival comparable with what Barrie Kosky did in Berlin with Paul Abraham and Oscar Straus. In his last season, Mr. Schaller is presenting Weill’s other – much more successful – Broadway operetta, One Touch of Venus, in a production by Matthias Davids, with German texts by Roman Hinze. Opening night 22 June 2019, Peter Christian Feigel conducts. We can only pray it’ll be less embarrassing than Firebrand which I saw at the Weill Festival in Dessau as a guest performance from Dresden. It was not a happy Weill moment.

Before this Kurt Weill farewell to Mr. Schaller next summer, the season opens with a Viennese classic: Franz von Suppé’s Die schöne Galathée, combined with Puccini’s Gianni Schicchi. Back in 2005 turmoil arose when researchers explained at the conference Operette unterm Hakenkreuz that the ‘ideal’ of putting Viennese operetta on the same level as comic operas and Spielopern à la Lortzing was a Nazi ideal, expressed by Hans Severus Ziegler (the Entartete Musik exhibition initiator). Mr. Schaller and his then chief conductor Ernst Theis were infuriated by this news and the implications; it hasn’t stopped them from continuing this ‘tradition’ to this very day. Admittedly, Mr. Schaller has moved on from Lortzing to Puccini, from Der Wildschütz back then to Schicchi now, but the principle is the same, and it remains questionable. (And just to be clear: Gianni Schicchi is a glorious piece, but it doesn’t belong into the Staatsoperette.) Both shows premiere in Dresden on 27 October, 2018. The double bill is staged by Axel Köhler and conducted by Andreas Schüller. 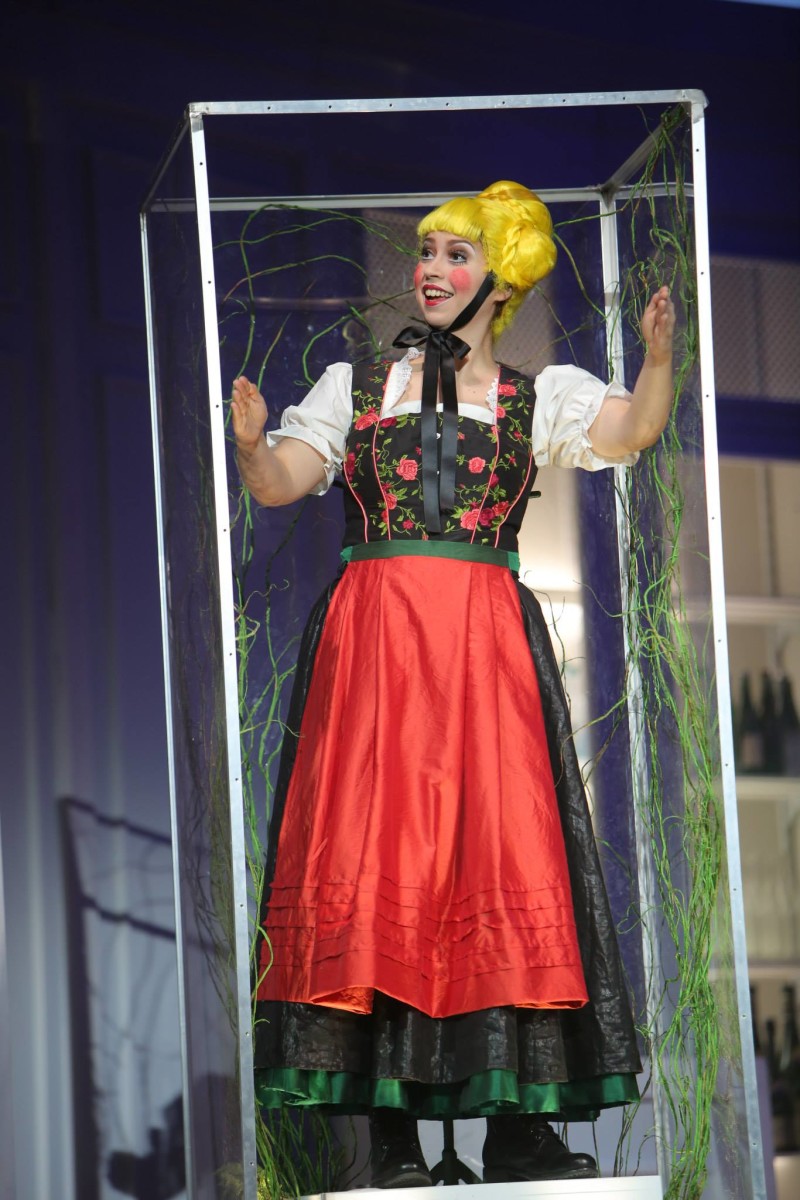 You might see this Suppé production as a wrap-up of the expansive Strauss and ‘Forgotten Vienna Operetta’ series the Staatsoperette staged in the past decade: many of the productions have been preserved on CD by cpo (conducted by Ernst Theis), most of them have not left a lasting impression. Sadly. Because shows such as Karneval in Rom, Spitzentuch der Königin, or Cagliostro in Wien all deserve a real new chance. To end this revival series with Suppé in combination with Puccini … kind of says it all. And for CD producers, these Strauss titles are probably burned territory for years to come. Which is not just sad, but tragic. (While we’re still waiting for a worthy modern-day Boccaccio recording with a female title role singer … why that wasn’t considered in Dresden is a mystery, but maybe it’s also a blessing for Suppé.)

To be on the safe side, there is a new My Fair Lady coming up, based on the famous German translation by Robert Gilbert. Christian Garbosnik will conduct, which means you can expect the ‘old style’ Staatsoperette approach to such Broadway shows, the staging is by Sebastian Ritschel. Opening night: 26 January, 2019. 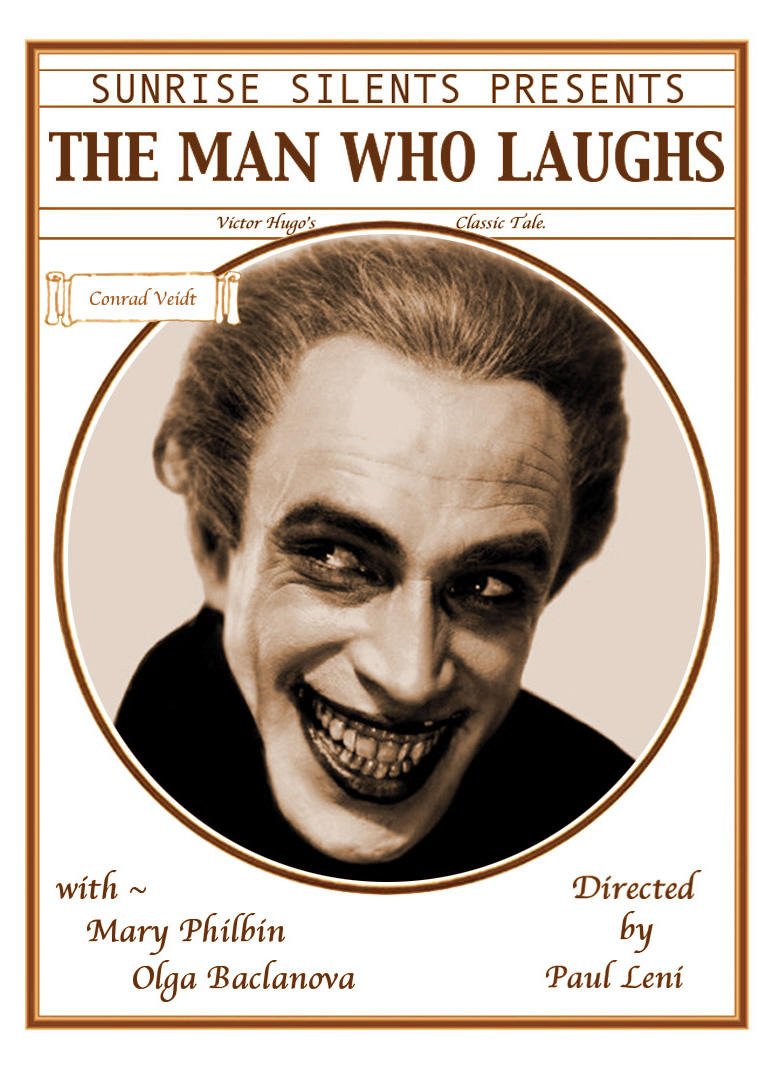 The other new title in the Dresden repertoire is a world premiere, a work commissioned by Staatsoperette entitled Der Mann mit dem Lachen (The Man Who Laughs), based on the Victor Hugo novel: music by Frank Nimsgern, book by Tilmann von Blomberg, and lyrics by Alexander Kuchinka. It tells the story of orphan boy Gwynplaine and is set in 18th century England. Gwynplaine works in a circus as a grotesquely laughing artist, until it turns out that he’s the son of a Lord and heir to a fortune. Suddenly elevated to high society, he realizes amid the glamour and luxury of royalty that not everything is as good as it seems…. The show is staged by Andreas Gergen, Peter Christian Feigel conducts. Opening night is on 27 April, 2019.

Whether Kathrin Kondaurow will stear clear of the operetta-is-as-good-as-Spieloper concept so beloved by Mr. Schaller (and the Nazis) and whether she’ll be able to find a clearer profile to differentiate Staatsoperette from Leipzig’s Musikalische Komödie, Munich’s Gätnerplatz Theater, and Berlin’s Komische Oper (not to mention the Gorki Theater and Tipi am Kanzleramt) remains to be seen. There are so many great new impulses in operetta land, and there are so many new performers making a splash, that Miss Kondaurow has no excuse for not using all of this for her own big bang in Dresden. The German language operetta scene could use such competition from Saxony, and I’m sure Dresden tourists would be thankful for a good reason to visit the Staatsoperette. Their current repertoire – and the way this repertoire is staged – is certainly not the brightest shining tourist attraction, not even for those who are already operetta aficionados .