Dresden’s Fledermaus production is 15 years old and the performance I attended was its 90th outing. It is a very strange staging by Günter Krämer, lacking any apparent style or concept: I can only assume that Semperoper was short of money for new productions all those years ago! 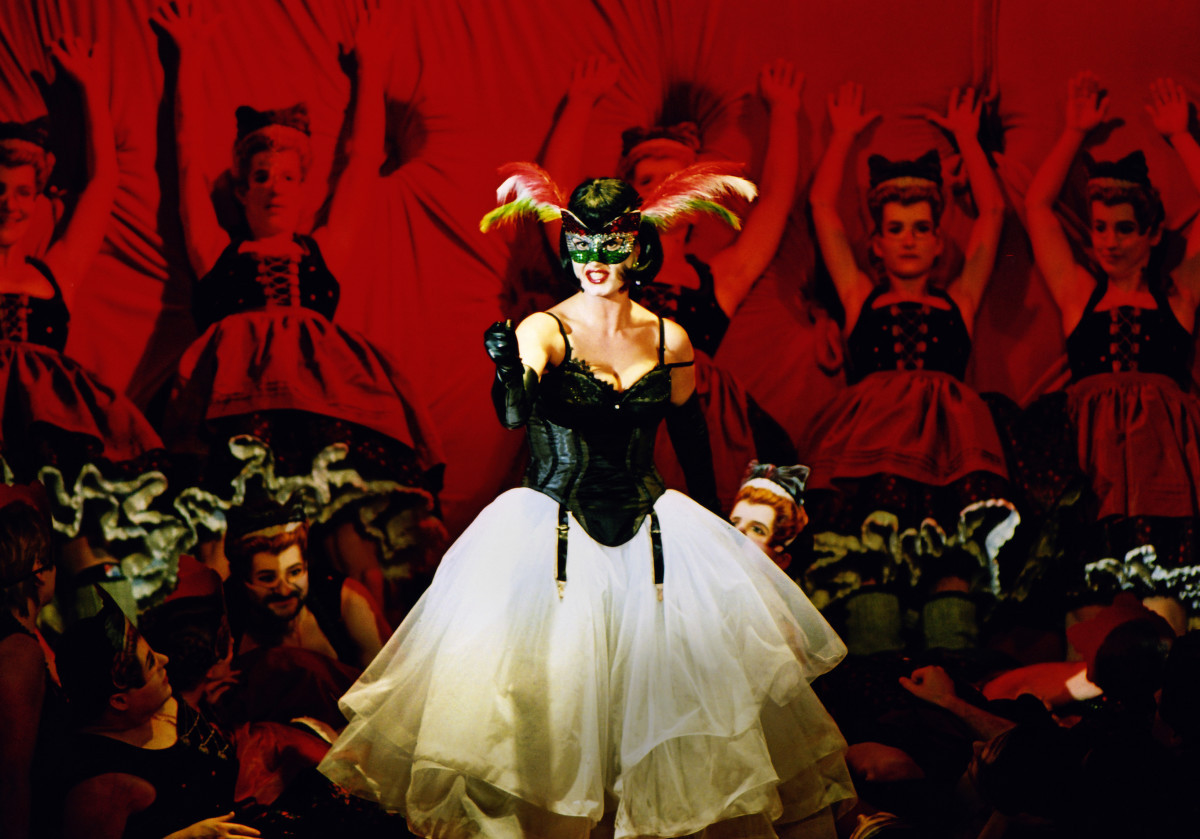 Most of the operetta is acted on a ‘run-round,’ no more than two meters wide, between the orchestra and the audience. This means that (1) in musical numbers the singers cannot see the conductor at all as even the television screens are behind them, and (2) entrances and exits are very slow as it is at least a 20 meter walk! Entrances are in fact made either through a painted cloth (Act One), the red velvet house tabs (Act Two), or a door in the safety curtain (Act Three). This last is clearly very awkward for the cast to use as when the door is opened they have to step onto the prompt box, and then sharp right or left before weaving their way gingerly along the narrowest part of the stage, apparently much less than a meter in width. 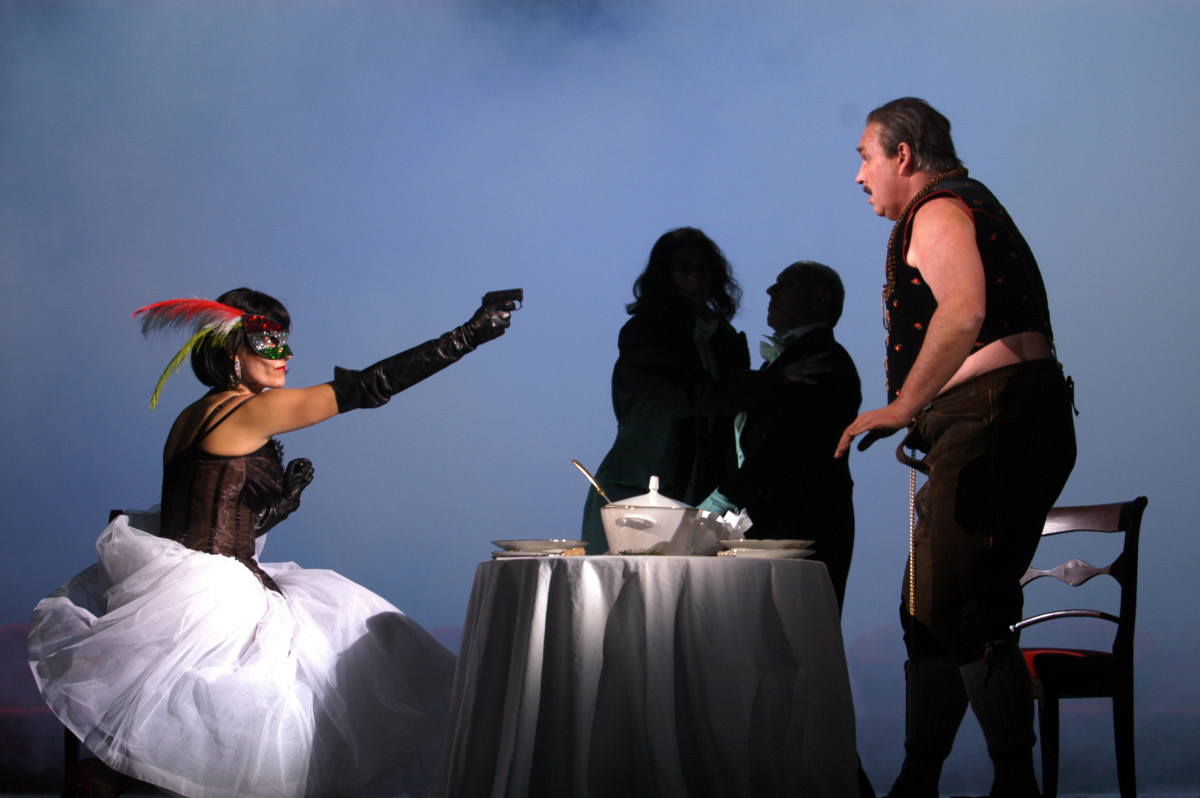 Whenever the chorus is called for, the House Tabs or Safety Curtain are raised to reveal a totally open black painted stage, inhabited either by 14 red plush sofas, or one giant red plush sofa on which all the chorus members sit (there is no room to do anything else!) all wearing exactly the same costume, designed by Falk Jaekel. There is clearly a door in the back of this huge piece of furniture, but if one of the principals wishes to get off in order to act on the run-round, the only ways are by a tall step ladder, or by being lifted off by four extras: both look very ungainly!

Immediately after the overture, a ‘stage manager’ walks on in front of the House Tabs to tell the audience that as the singer playing Alfred (Mert Suengue – who sings well but looks in no way Italian!) has not yet arrived. Eisenstein (played as a very ageing roué by Hans-Joachim Ketelsen) and Dr. Falke (Sebastian Wartig) will ‘reminisce’ until he does. This ten minute duologue really slows the opening of the show, and the information is repeated later in Act One anyway, so it is inessential!

Of the director’s many ‘ideas’ the only one that works, to my mind, is when Eisenstein gets so stressed by Rosalinde and Alfred at the end of Act Three that he shoots them! 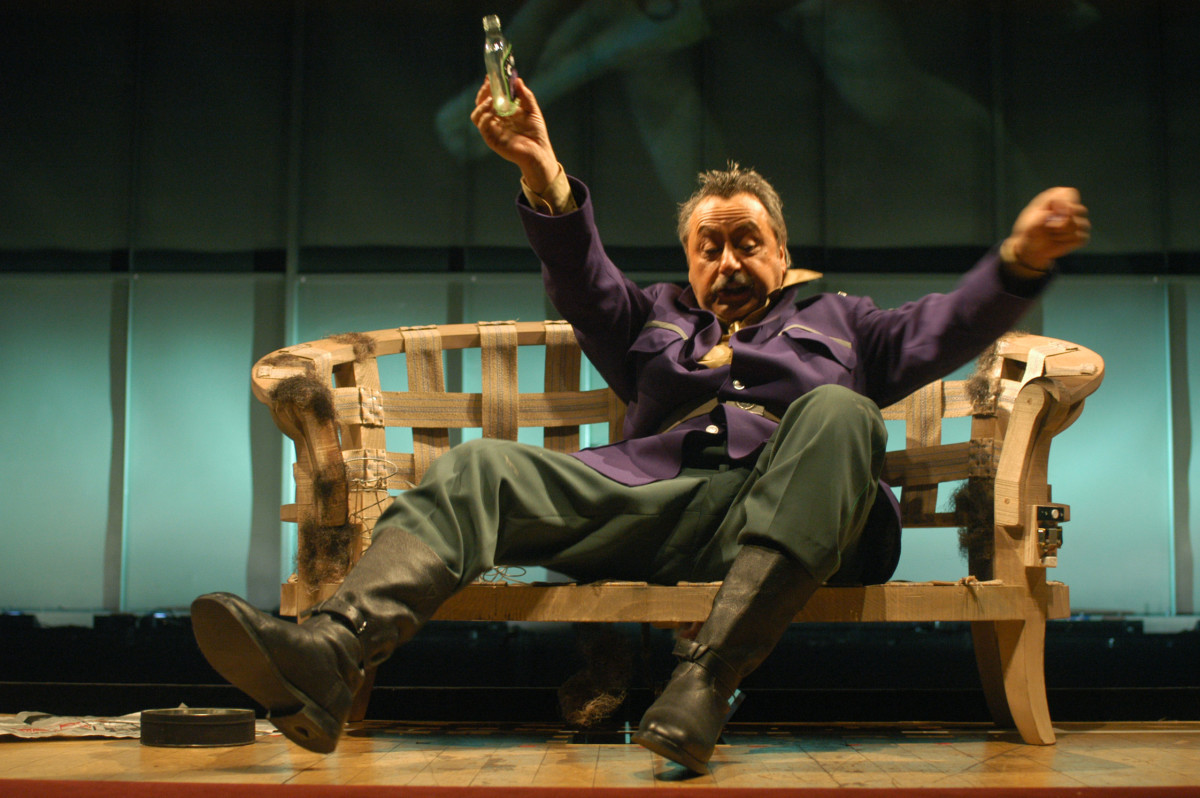 The trouble with this is that Hans-Joachim Ketelsen is not an accomplished enough actor to build up the tension in this scene, so that the shooting comes out of nowhere. The director also decided to omit most of the dialogue just before the Act Three Finale, so that if you don’t know the plot it does not make sense!

Many of the cast members have played their roles for years and rarely seemed to be truly involved in their own characters. The exception was Hulkar Sabirova, covering for an indisposed Christiane Kohl, who sang and acted everyone else off the stage!

Musically the evening was depressing! The conductor, Marius Stieghorst, had frequent problems in keeping singers and orchestra together, not only when the singers couldn’t see him, as they were behind him, but also in choral numbers such as the start of Act Two, ‘Duidu’ towards the end of the act and especially in the Finale to Act Three where in the first minute the whole thing was in danger of totally falling apart owing to an incorrect early entry by Eisenstein. The orchestra played as if Johann Strauss was beneath them. They were totally bored! 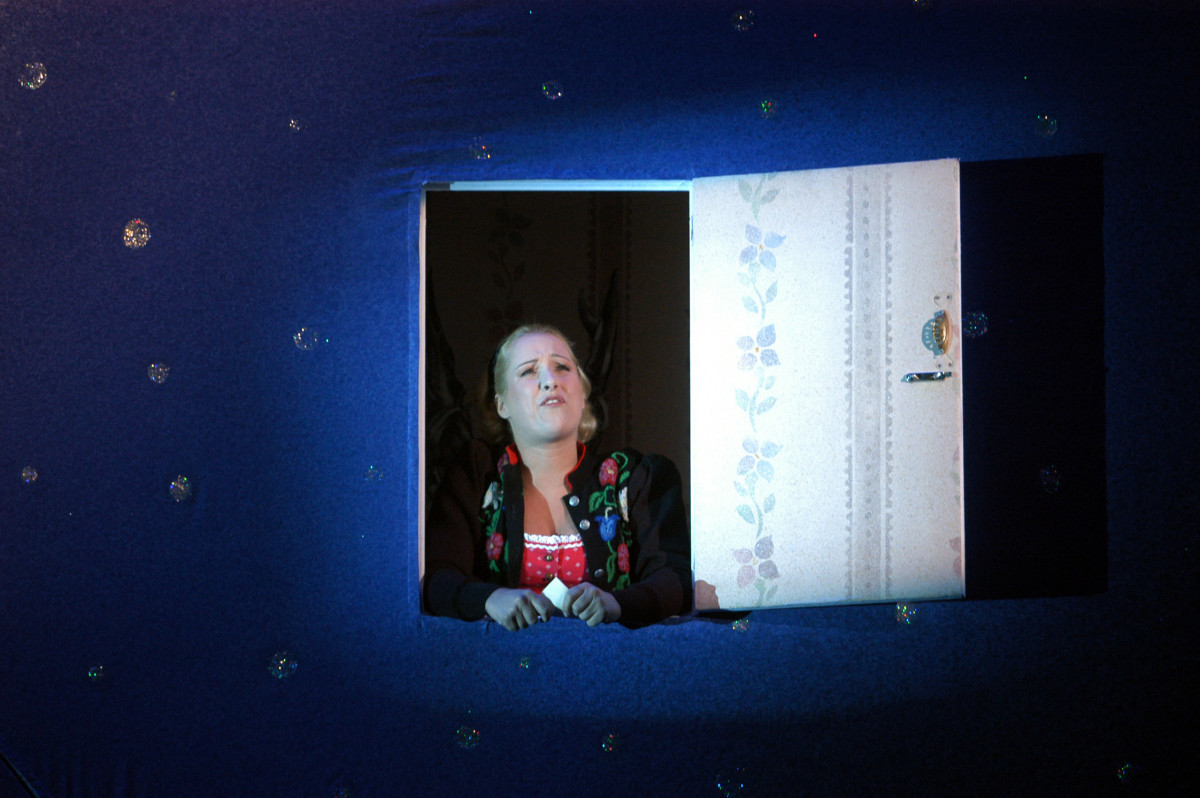 I had been to a superb performance of Korngold’s Die tote Stadt the previous evening, with supposedly the same orchestra: then the Staatskapelle had sounded like the best orchestra in the world; not in operetta though!

It was strange that whereas Die tote Stadt had subtitles in both German and English, Die Fledermaus, more likely to draw a tourist/non-German speaking audience one would have thought, had no subtitles at all!