The small, very attractive, eastern German city of Zwickau boasts an historic theatre that is, at present, being refurbished. As the project has just ‘lost’ its architect, the refurbishment may take rather longer and cost more than was hoped. So it is a good thing that, behind the theatre, which stands proudly in the main square, is the “Mal-Saal”, a 160 seater intimate studio theatre that has been created out of the scenery painting room, and which is approached via a seemingly unlit building site. Large scale operas and plays are being staged at other venues in the city and in nearby Plauen, but Der Opernball has been very cleverly mounted in this studio theatre, using a ‘chamber version’ devised by Christian Pollack with orchestration for flute, clarinet, horn, strings and piano by Martin Eckenweber who also conducts. 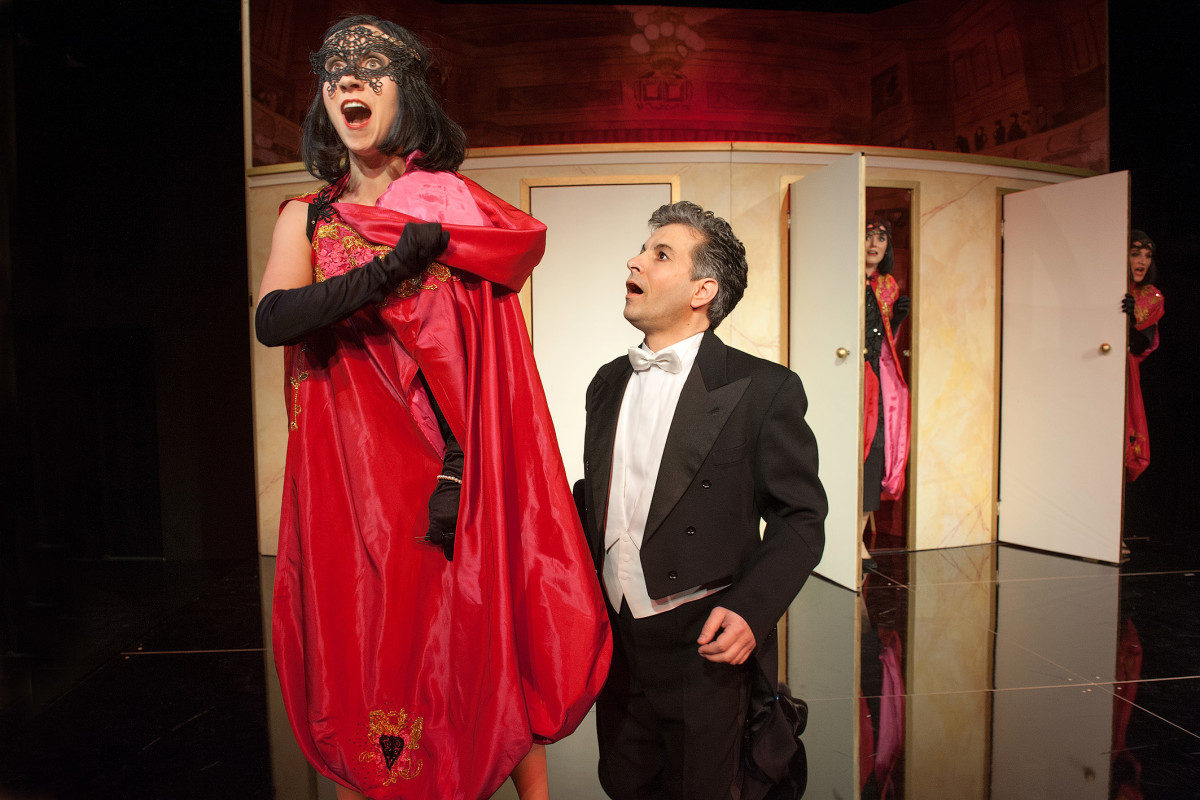 The result is totally charming! The directors, Michaela Ronzoni and Volker Wahl decided to change the setting from Paris to Dresden and update the period to the mid 1920s, which gives ample opportunity for some stunning costume designs by Stefanie Stuhldreier, also responsible for the three imaginative sets.

The dialogue and musical numbers have clearly been directed together so that speech flows seamlessly into and out of music. Everything has a true sense of style and the detailed direction, though never fussy, has an inventive and witty attention to detail, for example the ‘Downton Abbey’ scene in Act 3 where all the room bells contrive to ring at the same time: inspired lunacy. 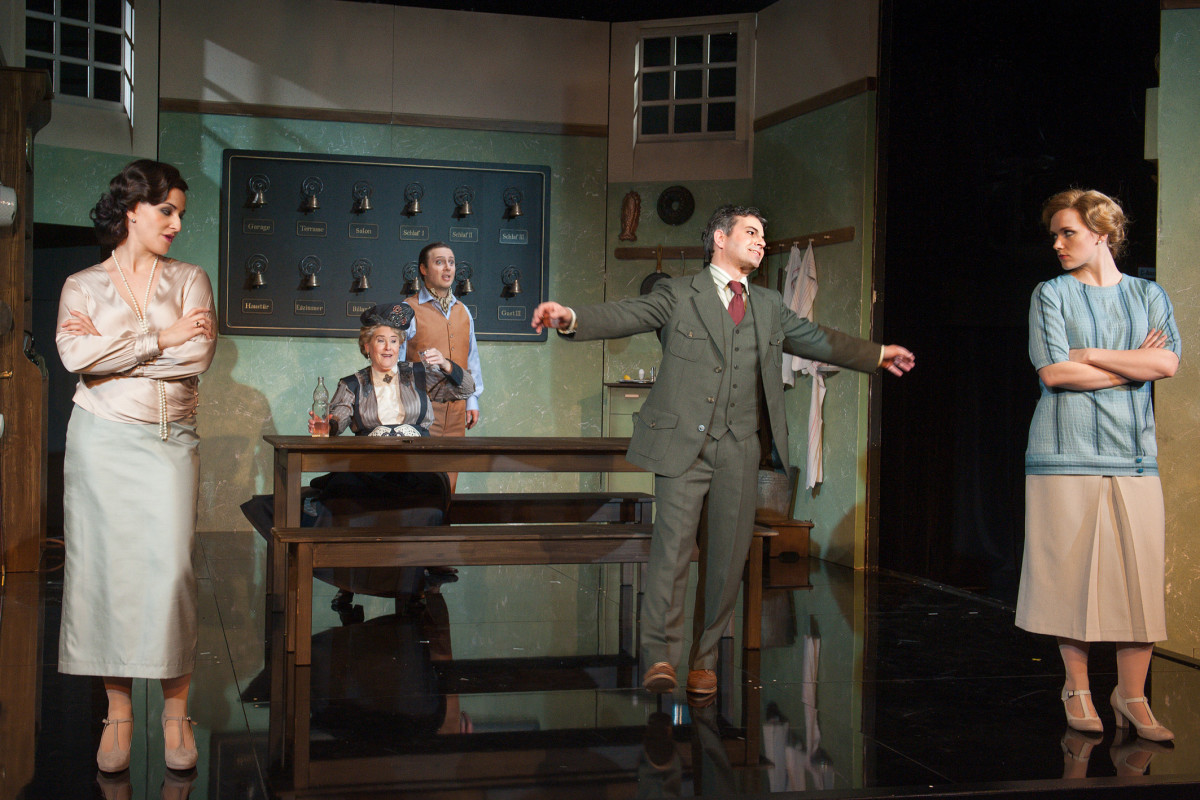 In fact, ‘inspired’ is the word that can be applied to everything in this production.

The cast is well-nigh faultless with Nataliia Ulasevych as the maid Hortense having a wickedly naughty face with every nuance of the dialogue beautifully delivered. When she is onstage, which luckily is much of the time, her charisma is undoubted! She can sing and dance well (much of the choreography being hers) and is totally and convincingly in role the whole time. A beautiful portrayal – and, of course, she has the best known song in the operetta! 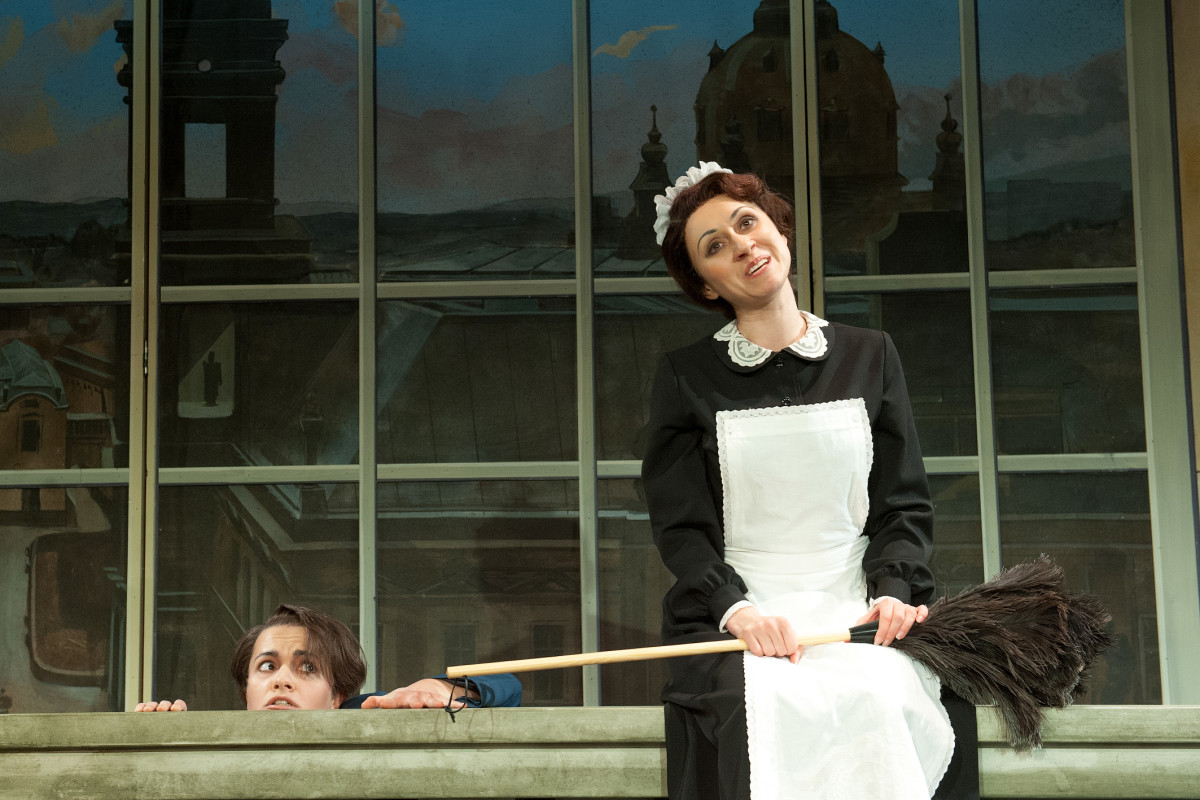 Johanna Brault looks equally mischievous in the breeches/travesty role of the marine cadet Henri, at first very inexperienced in love – but later, after the opera ball at Semperoper, much more so!

Both Marcus Sandmann as Paul, and Christina Maria Heuel as his wife Luise, extract as much fun as is possible out of their respective roles, again demonstrating the amount of detail in the production: every gesture, facial expression etc is clearly planned but appears improvised.

John Pumphrey in the role of Georg and Christina Maria Fercher as the other ‘married’ couple seeking dalliance at the opera ball also impress. As with those already mentioned, their roles have depth and motivation, as well as a true sense of enjoyment and fun! 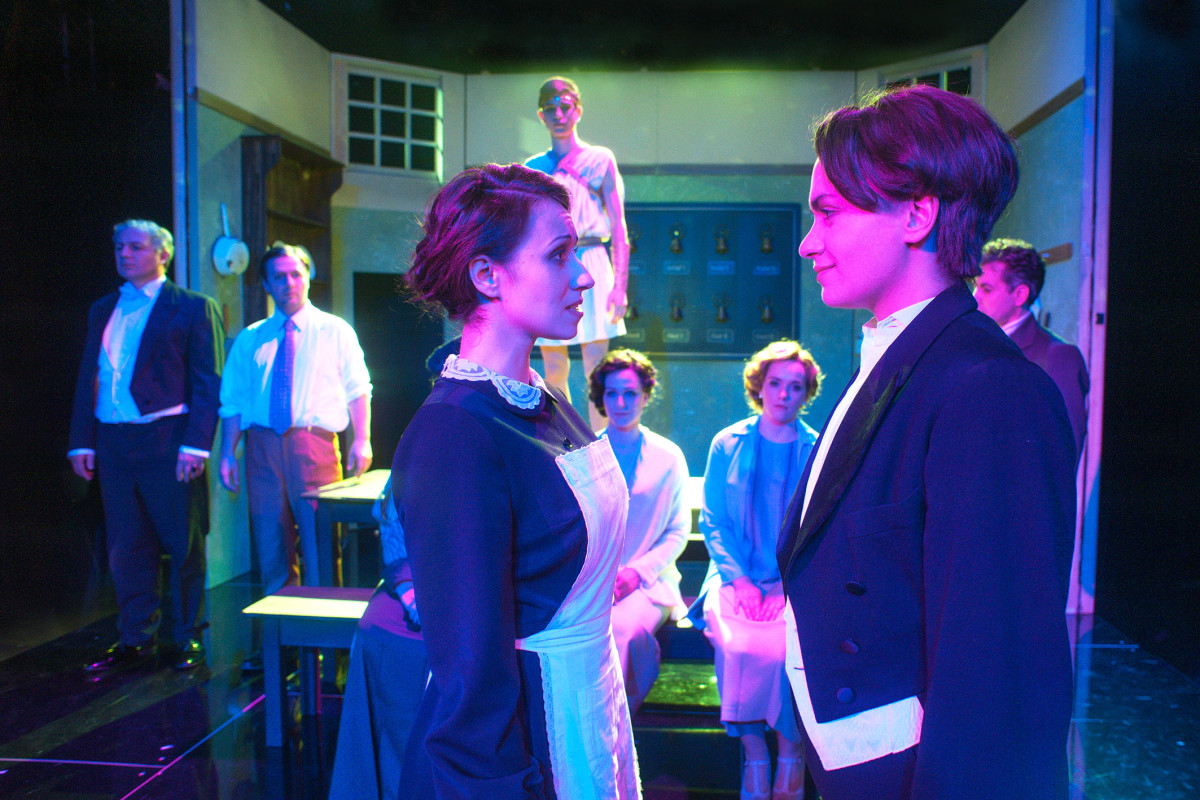 In secondary roles, Judith Schubert impresses as Henri’s aunt. Not only is she the right age, she can sing well and is eminently watchable. In the non-singing role of Amor, Immanuel Engel is often hilarious (again very imaginatively directed), and Nataliia Ulasevych shows us how it is possible to sit totally still for 30 minutes whilst peeling one potato!

Act two, especially, contains little music in Heuberger’s original, and more music by the composer has been added to great effect, even a Charleston which is definitely not by the great man, but adds to the gaiety of the occasion. 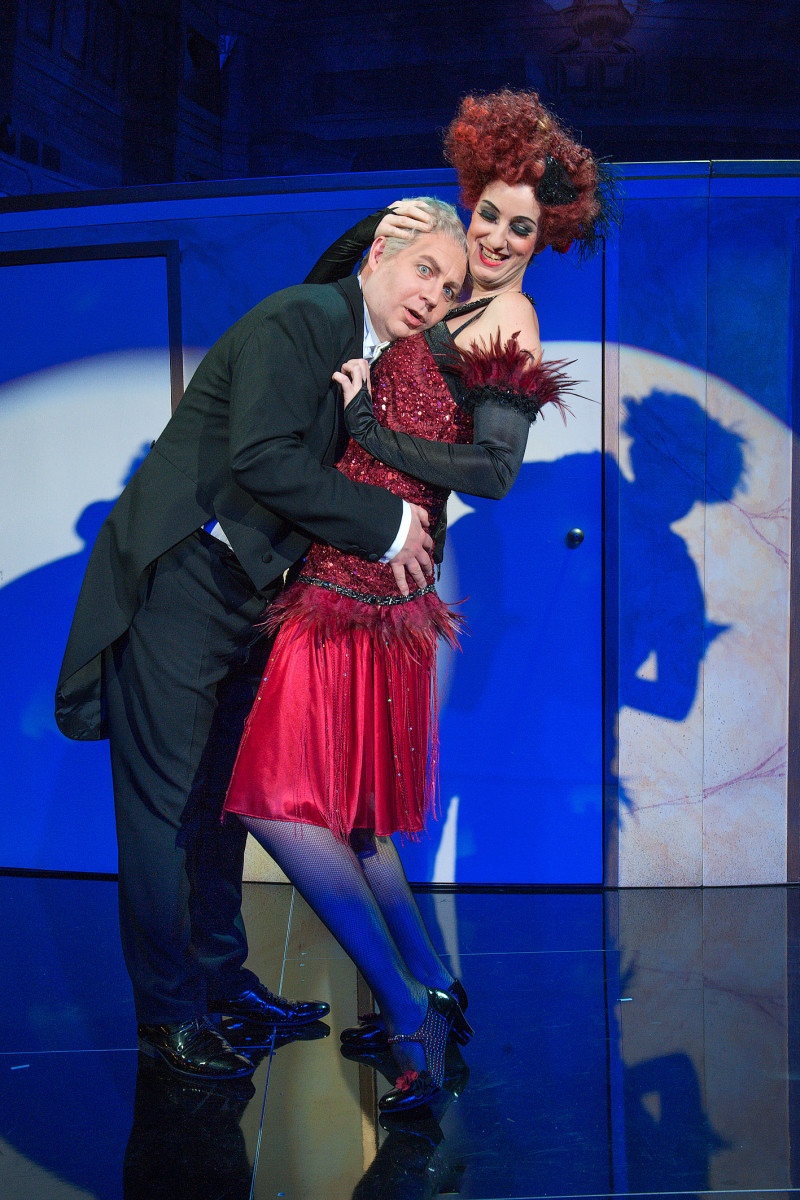 In fact, gaiety is exactly the right word for this superb show. There is not a moment in the entire evening that one finds oneself without a smile on one’s face. There is not one moment that feels too long. At this point I should be encouraging you all to rush to Zwickau to see it, but I believe it is sold out for the rest of its run! However, do not despair, as it is being revived next season at Plauen and is worth travelling a long way to see.

Yet again, I am amazed at the high standards that German regional theatre companies are able to achieve: a truly wonderful evening! 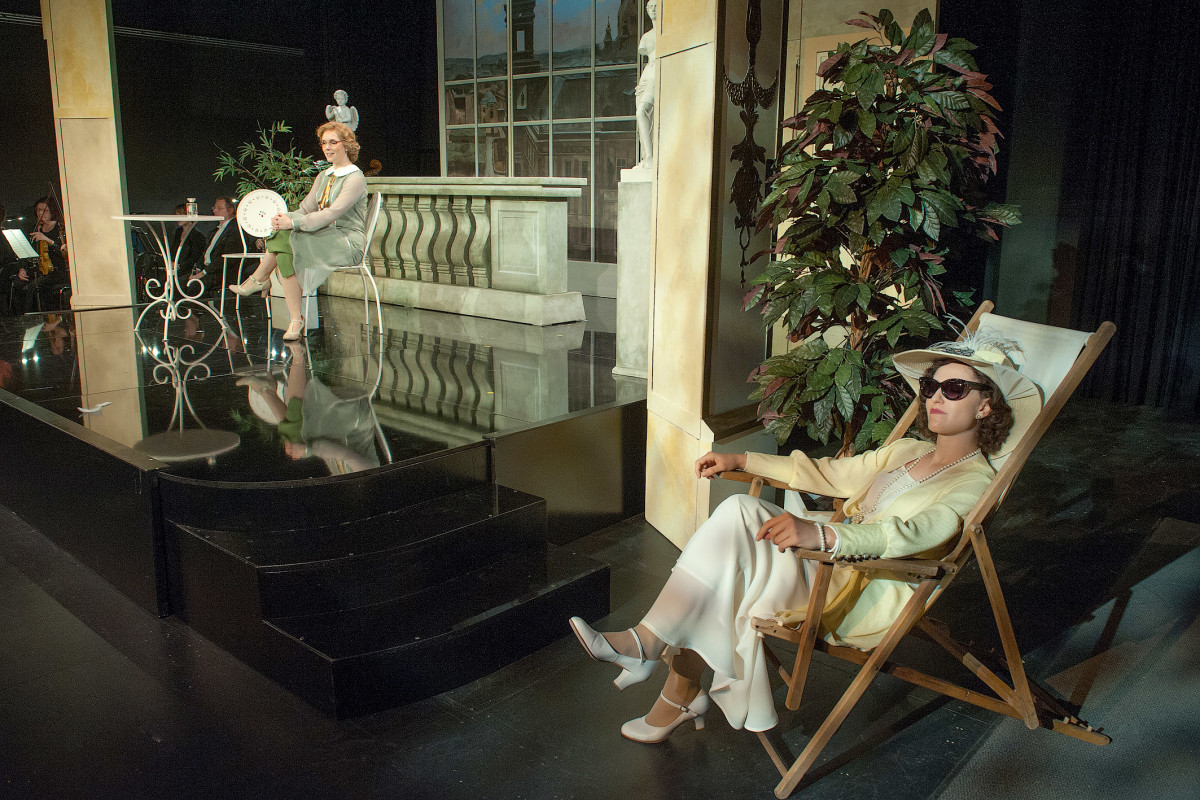