The unpretentious German city of Giessen has a population of 78,000 and boasts two fine buildings: the railway station and the Jugenstil inspired Stadttheater from 1906, seating 700, though it feels much more intimate, perhaps owing partly to its color scheme: pink! This theatre has just staged a rare revival of Kalman’s first operetta Tatarjaras, produced in Budapest in 1908 and an instant success. The music is not as well-known as it should be: lilting romantic waltzes interspersed with Hungarian style dances and orchestrated with a lighter touch than the Kalman we are used to. Following its success in Hungary, the operetta was staged at Theater an der Wien as Ein Herbstmanöver in a German version by Robert Bodansky (used at Giessen with some revisions) and then all over Europe including London, where George Edwardes changed the title to Autumn Manoeuvres and removed most of Kalman’s music. The New York production went under the title of The Gay Hussars!

The simple but unnecessarily complex plot (!) concerns the widowed Baroness Riza who is entertaining officers from the Hungarian army at her country house estate, because they are on autumn manoeuvres. All the officers that is except Lieut. Lorenthy, whose family once owned the Baroness’ estate and who was also in love with her before she married someone else!

After 190 minutes, enlivened by the fooleries of the reservist Wallenstein and the chase of the ‘volunteer’ Marosi after the Fieldmarshal’s daughter Treszka, who had been intended by her father as Lorenthy’s bride, the expected happy ending is achieved. 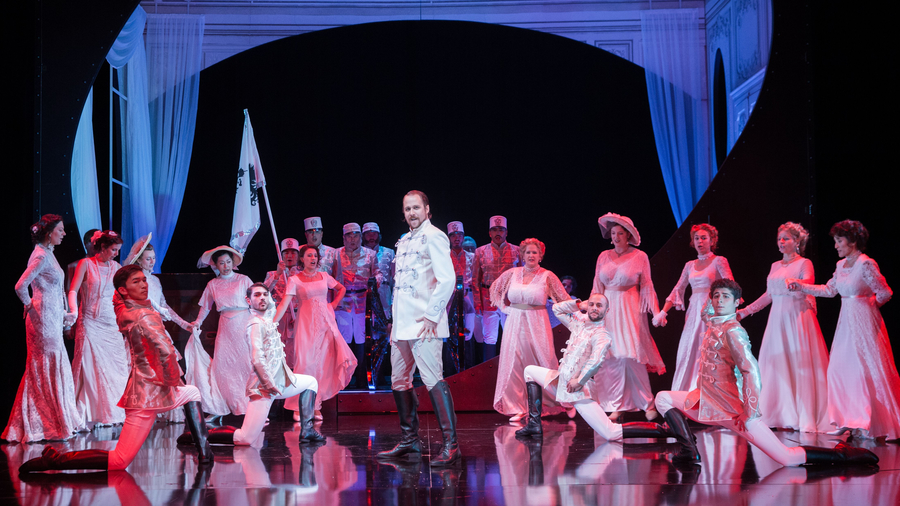 The director, Balasz Kovalik, has shown great imagination and inventiveness in getting the most out of this sprawling show (with the assistance of dramaturg Matthias Kauffmann). There is one set, designed by Lukas Noll: a white room in Riza’s mansion which is set off-centre on the black shiny revolve, so that one can always see through the room no matter where it is situated on stage. Indoor scenes flow smoothly to outdoor ones and there is ample room for speedy entrances. Dialogue has been effectively directed to bring out the motivation in all the characters, no matter how silly they may appear to be and the small chorus is treated as individual people.

Costumes have also been designed by Lukas Noll: white operetta style for everyone before the interval, then ‘real’ costumes for all except Lorenthy in the second half, perhaps hinting at the looming World War, which caused the operetta to be ‘shelved’ from 1914 onwards: the Hungarian army was no longer felt to be a topic for amusement! 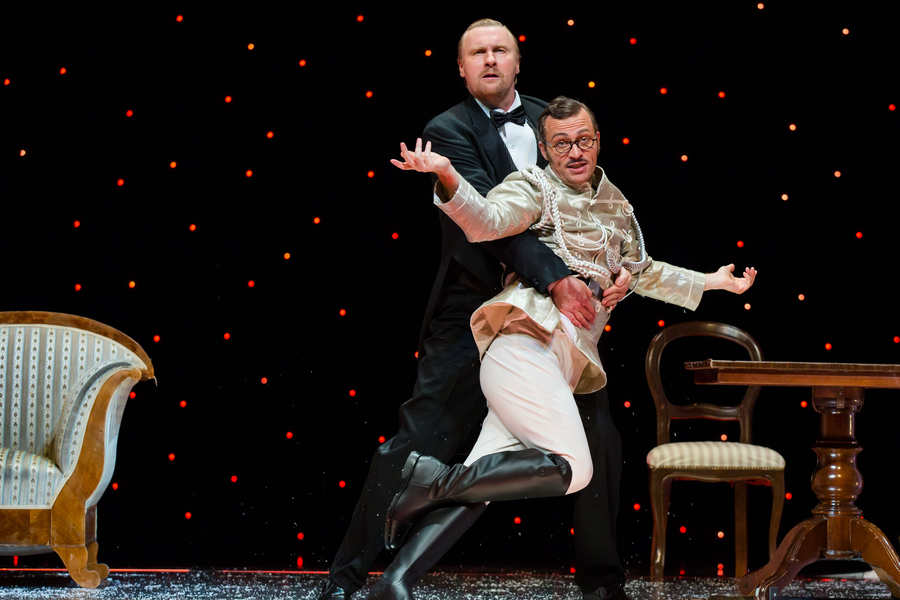 The roles are all well taken: Christine Boesiger as Riza has the required stage charisma to be a Countess, as well as singing divinely, especially in her waltz ‘Mir ist so bang’. Grga Peros as Lorenthy is perhaps the best actor: we can really understand his antipathy to, but love for, Riza; his waltz is perhaps the best known in the operetta: ‘War einst verblendet.’

Tomi Wendel, trouserless most of the time (as in a Brian Rix farce) provides much of the humour and Clemens Kerschbaumer some thrilling singing and dancing in the role of Marosi, originally a travesty role.

Marie Seidler in the soubrette part of Treszka not only has the lightness of touch needed, but also a light, well-projected, singing voice. 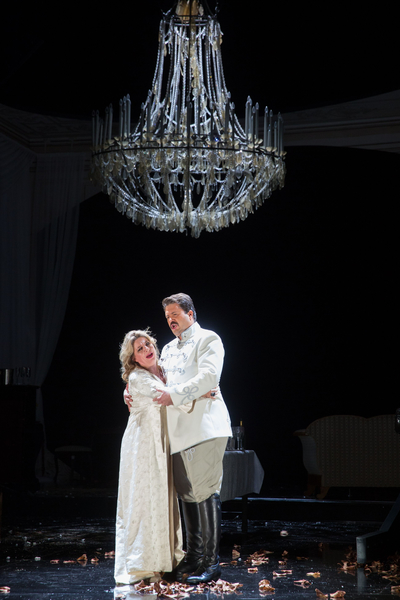 The excellent Philharmonisches Orchester Giessen plays with style under the baton of Kapellmeister Martin Spahr, with some especially lilting waltzes and Tanzkompagnie Giessen, all male, adds glitter to the proceedings.

I forgot to mention that the production includes two numbers from Kalman’s equally rare 1911 Der gute Kamerad: ‘Parlez-vous Francais’ (the ‘Pumper’ duet) and the trio ‘Gott im Himmel’ – even if  the show hardly needed to be longer: it was quite a marathon.

All in all, a highly recommended production and well worth the 40 minute train journey from Frankfurt, allowing one to take in both of Giessen’s historic building at one time!

Yet again, I am amazed at the high standards of German regional theatre – if you love operetta, Kalman or just seeing something a bit unusual, do go! It’s not expensive!– especially as well-illustrated programs are free and contain an article  by…. Kevin Clarke! (Of all people.) 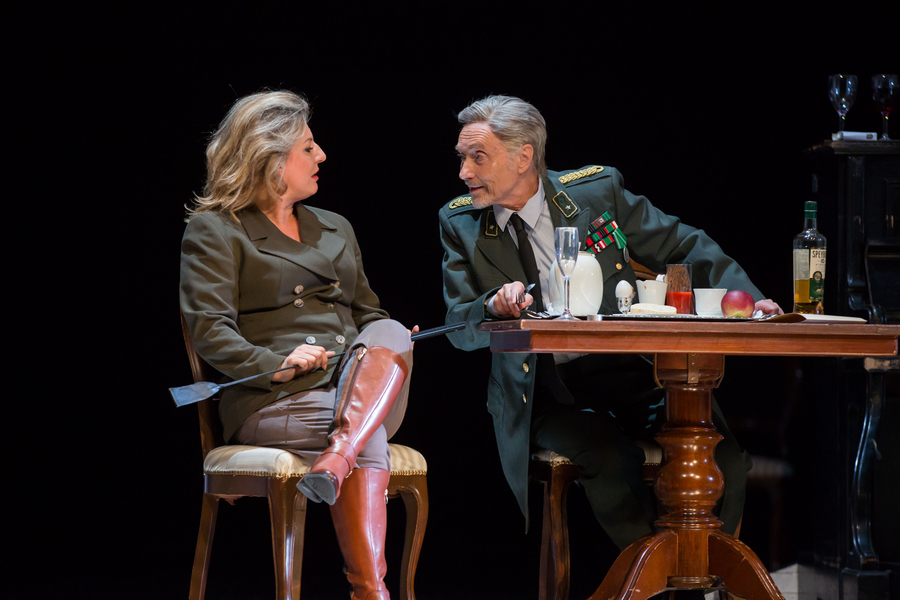 There is a 2003 recording on the Albany label, in English, from Ohio Light Opera, but approach with caution. Perhaps CPO might record this new production?