The Ischl Lehár Festival has announced what you may expect in 2019 – with the new artistic director Thomas Enzinger. He’s continuing his exploration of jazzy revue operettas. After last year’s Ábrahám (Die Blume von Hawaii) you now get the Charell/Benatzky evergreen Im weißen Rössl. Which is actually set just around the corner from Bad Ischl, in St Wolfgang; so unsurprisingly it’s an eternal favorite with local audiences.

Opening night for the Rössl production is 13 July, Mr. Enzinger will direct himself. Among the soloists is Ricardo Frenzel Baudisch as a dashing Dr. Siedler. Whether tenor Roman Martin as an equally dashing head waiter Leopold remains to be seen; the press photos look somewhat lackluster.

And whether Oliver Ostermann will be able to really make this complicated score (orchestrations by Eduard Künneke) sparkle also remains to be seen.

When the Ischl Festival last presented Im weißen Rössl – under its previous intendant – it was one of the most shocking experiences I ever had in my long Rössl watching career. It knocked me flat, I threw up in the interval, and never quite recovered. (The stuffiness and backwardness was simply staggering.)

There are 18 performances of the new production until 1 September. Costumes and sets are by Toto. Ramesh Nair is responsible for the choreography. He already choreographed Guys and Dolls at the Volksoper Vienna and Highschool Musical at Stadthalle Wien … Ah, image Zac Efron of Highschool Musical movie fame as Leopold! I know, keep on dreaming. But he comes close, in many ways, to Max Hansen. And my 16-year old niece would volunteer to see anything Mr. Efron is in. Plus: he can dance excellently.

Mr. Nair can probably dance very well himself, and he also performs on stage as Sigismund Sülzheimer, which should be interesting in terms of unusual Rössl casting. I personally find it wonderful to have a Person of Color in this show which has so often been misused for terribly ‘white’ interpretations and Aryan ideology, e.g. in the 1930s Austrian movie version where everyone is blond, blue-eyed and looking very heroic. It’s definitely time to get over that concept!

The other big new production is Jacques Offenbach’s Pariser Leben, again with costumes and sets by Toto, and staged by Markus Kupferblum: author, clown, opera and theater director. Marius Burkert conducts. And the cast? There is Alexandra Reinprecht from Gärtnerplatz Theater Munich as Countess Gondremarck. Which sort of says it all. 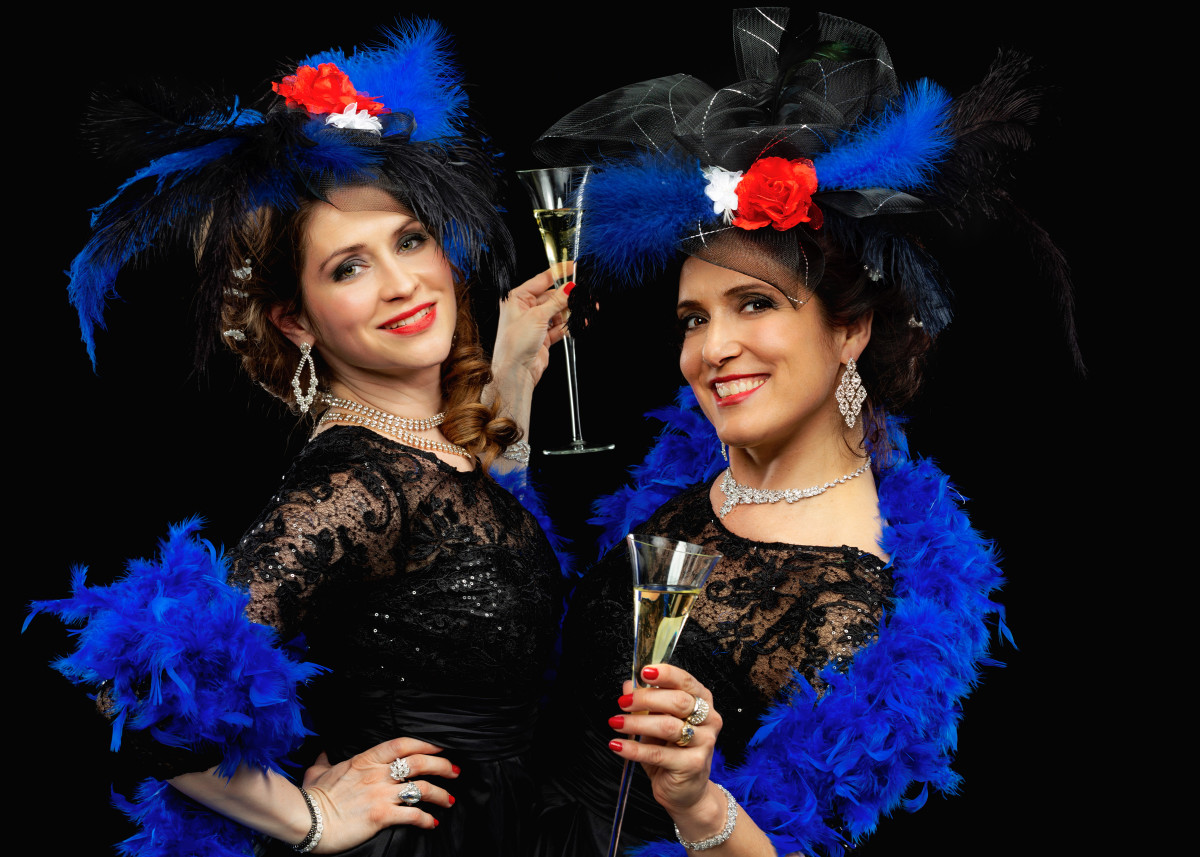 As a rarity, there is Lehár’s Clo-Clo for two semi-staged performances that will be recorded and released on CD. Again, the Markus Kupferblum/Marius Burkert team is in charge, Sieglinde Feldhofer takes on the title role.

There is an expansive program framing all of these productions, among them concerts such as Oniweig – Die arme Seele vom See, a symphonic poem for orchestra and speaker by Christian Brandauer. There is also Oparettet den Jazz (“granddad rescues jazz”), combining operetta melodies with a “groove” element, as the press release promises. There’s a Lehár matinee, and a concert that chronicles to long and winding historical path from operetta to musical comedy, entitled Die Lilly von Piccadily. 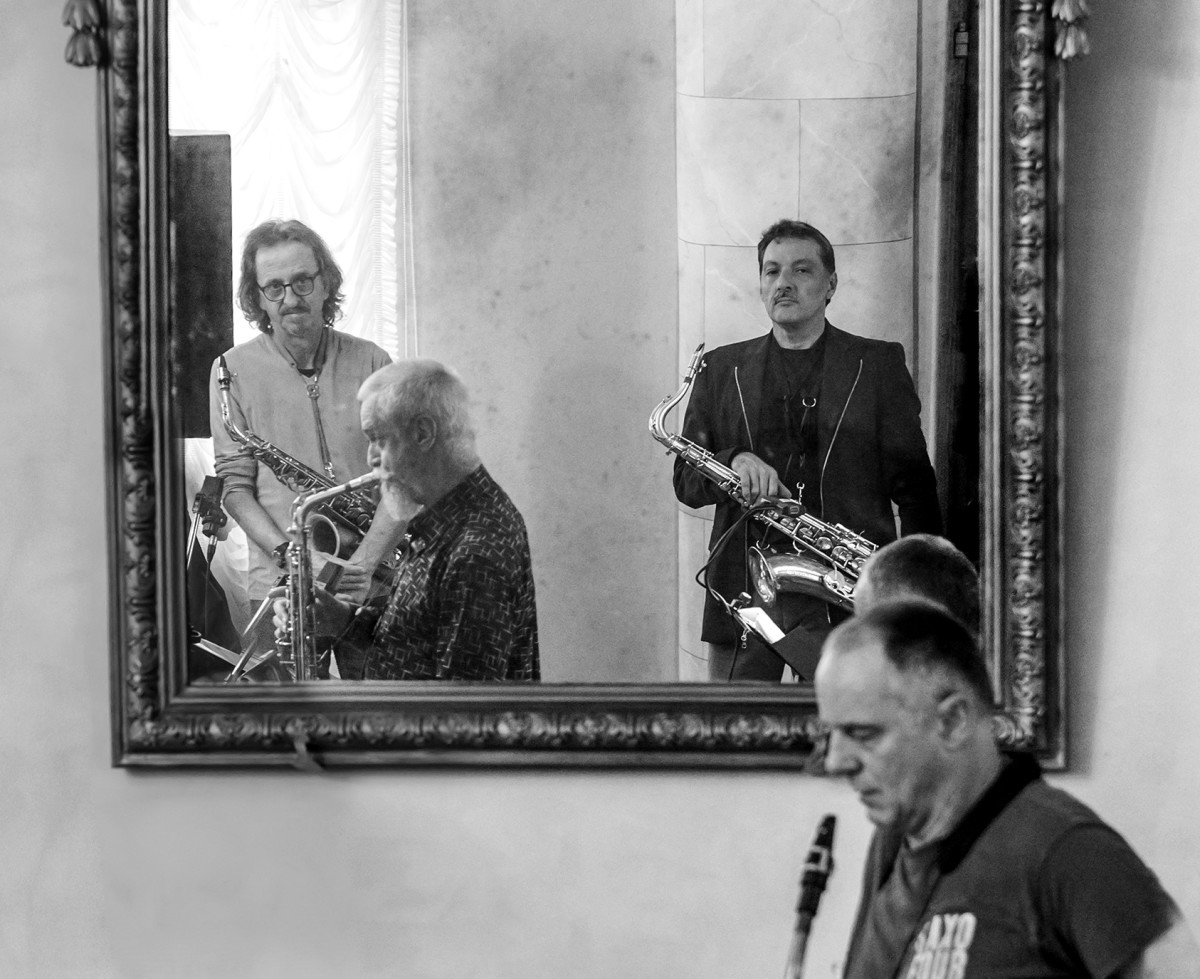 Add to this an exhibition about “operetta people” entitled Operetten-Menschen. It involves photos by Stephan Huger. One of the people you get to see there is Harald Serafin, the old intendant of the competing Mörbisch festival.

For a younger audience there are lots of official “youth events” such as “Im weißen Rössl” für Kinder and the workshop Etterepo for 10 to 18 year olds. The latter is combined with a public presentation of the results. 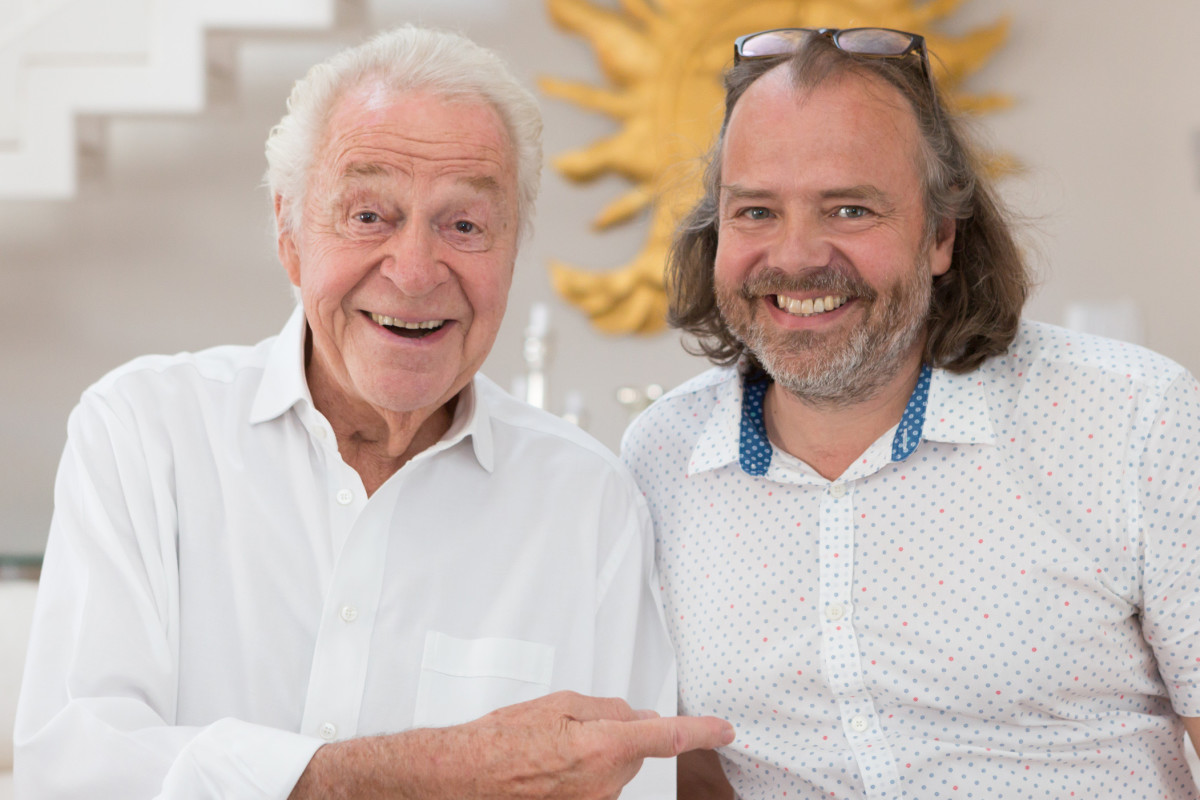 Harald Serafin and Stephan Huger in a making-of-photo for the exhibition “Operetten-Menschen.” (Photo: Stephan Huger)

Compared with the multitude of the Ohio Light Opera this three main title festival is a little un-ambitious. Compared with the star quality on offer elsewhere when it comes to operetta, you could call the casting equally un-ambitious. But: Ricardo Frenzel Baudisch and Ramesh Nair are certainly performers to look forward to.

For more details, check out the festival’s homepage.