Amélie is a charming, whimsical, musical, based on a 2001 French Film, which was originally (2015) staged in California, and then on Broadway where it ran for only two months. It was revived at the Watermill Theatre Bagnor earlier this year and has been touring the UK prior to landing up at The Other Palace for its Christmas offering (with a suggestion of being “suitable for over 12s only”). 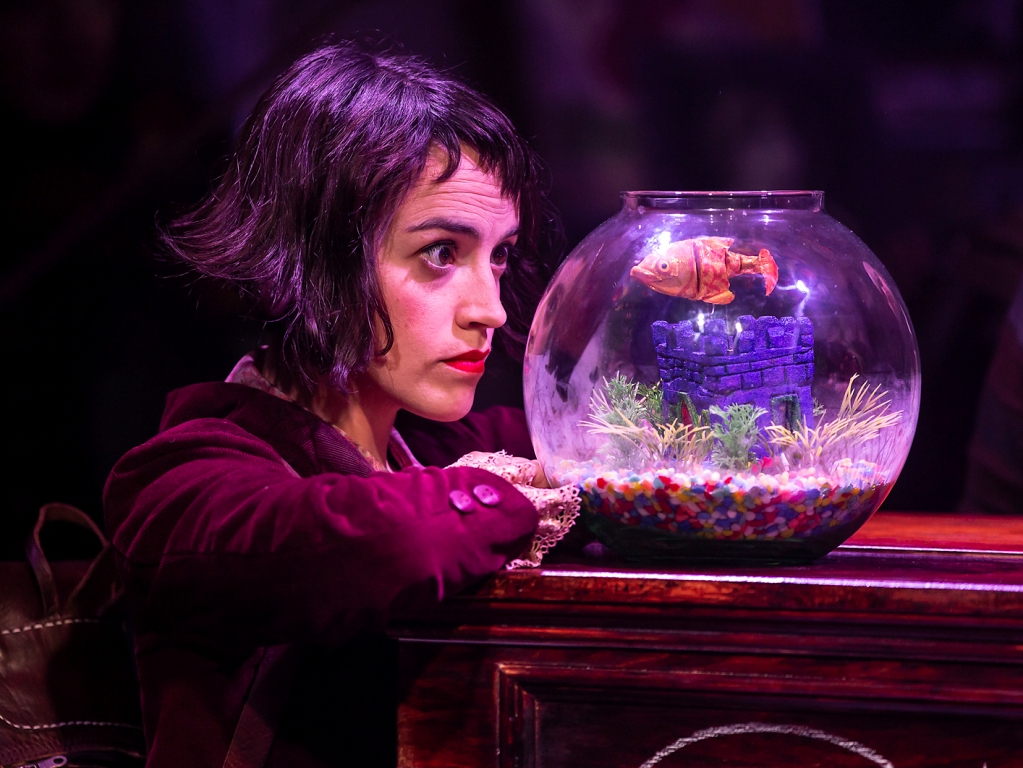 It tells the story of an astonishing young woman, Amélie, who lives quietly in the world but loudly in her mind and secretly improvises small acts of kindness to those around her – until love comes her way!

Petite Audrey Brisson plays the role of Amélie, being totally convincing in the role, but this is a real ensemble show with no stars: as with all Watermill productions of musicals, the other twelve actors are also musicians and carry/play their instruments wherever they go, from violins to clarinet, guitar and pianos – which are wheeled around the stage as needed and transform to other pieces of furniture.

Jez Unwin is Amélie’s germaphobe father, Raphael, Rachel Dawson her neurotic mother – what chance does Amélie have of a ‘normal’ childhood? 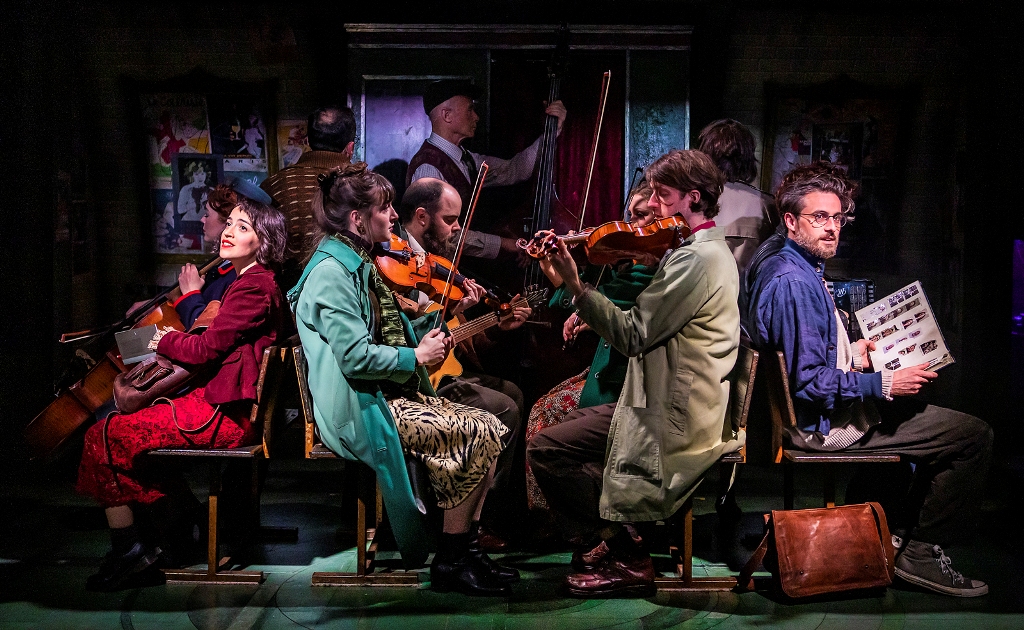 Scene on the train in “Amélie,” 2019. (Photo: Pamela Raith Photography)

Amélie eventually find herself as a waitress in a Montmartre café where she meets the artist Dufayel (Johnson Willis), perhaps the most successful in creating a believable three-dimensional role with a warm singing voice and way of putting over a song so that we really believe the emotions inherent therein.

However, in a railway station, Amélie spots a man of her own age, Nino (Chris Jared), every inch the shy romantic lover, complete with beard and glasses.

Amélie spends much time dreaming, and there are scenes with a fish called Fluffy, a Father Christmas which contains her mother’s ashes and even one with Elton John (an ever-smiling Caolan McCarthy – very funny!) singing at Princess Diana’s funeral – all of which have little or nothing to do with the plot! 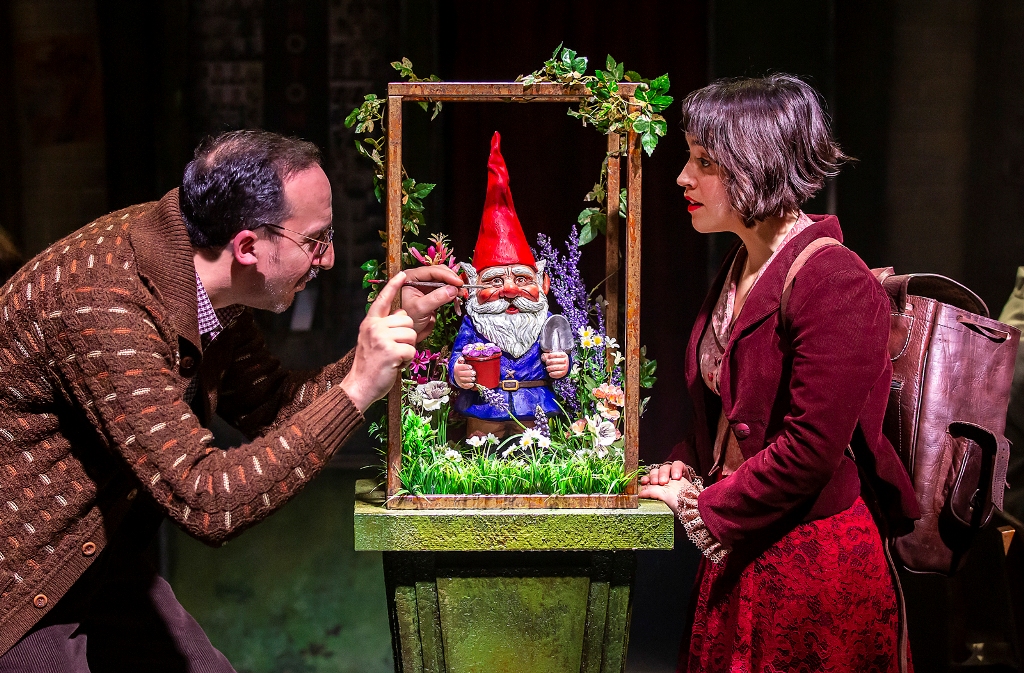 It could almost be a scene from “Feuerwerk,” but it’s “Amélie,” 2019. (Photo: Pamela Raith Photography)

The music (Daniel Messe) is best described as Maury Yeston meets Julian Slade, inventive and often very full orchestrations (Barnaby Race/Samuel Wilson) perhaps making the music seem more memorable than it is. Unfortunately lyrics (Nathan Tysen/Daniel Messe) were often difficult to hear from seats in the front of the theatre as the sound balance favoured the musicians. The show is almost sung through, with only a few extended sections of dialogue. What is slightly odd is that whereas the dialogue is enunciated with a wide variety of Anglo-French accents, everyone sings solidly in English!

The imaginative split-level set (Madeleine Girling) is clearly easy to use and reminds the audience constantly that we are in Paris and the simple choregraphy (Tom Jackson Greaves) proves that it is possible to dance whilst playing a ‘cello!

As I said at the top of this review, Amélie is both whimsical and charming and if that is what you want from a 160 minute show then this could be for you! But, I would recommend that you read the detailed plot on Wikipedia before you go…