It doesn’t happy very often that a recording takes my breath away. But the new West Side Story from San Francisco—of all places—is such a recording. The reason is, mostly, the casting of Broadway star, TV hero and tabloid celebrity Cheyenne Jackson as Tony. He delivers a performance that can only be called “perfect” in every imaginable way. It’s also a performance of such charisma, star quality and vocal richness that I started dreaming of Mr. Jackson singing classical operetta roles, from Friml and Romberg to Kálmán and Ábrahám. 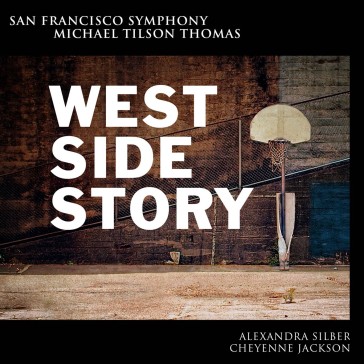 Cover of the new “West Side Story” recording from San Francisco.

You would think there were enough West Side Story recordings out there already, many of them famous (and infamous). There’s the superlative Original Cast Album, there’s the film soundtrack, and in all honesty, you would not really need more. Then there is Bernstein’s own “opera recording” on Deutsche Grammophon, which is awkwardly cast with opera superstars Kiri te Kanawa, José Carreras and Tatjana Tronjanos. Even though they are all wrong for their parts (and sound wrong on CD), they manage to deliver individual phrases so memorable that they stick with you forever. For example, Kiri’s soaring lines in “Only You” and the out-of-this-world beauty of her floated top notes in “One Hand, One Heart” or the closing bars of “Tonight”. Plus, there is Bernstein’s conducting, which is explosive in many numbers. Apart from these albums there are, of course, many others. None of them have achieved lasting fame. (Remember Ingeborg Hallstein singing Maria?)

This one here, made with the San Francisco Symphony Orchestra under the direction of Michael Tilson Thomas, has a unique flair that immediately catches your attention and puts it in a Hall-of-Fame category. Thomas’s percussion section is prominently heard on the recording, and though they sound more “isolated” in many instances than on Bernstein’s own version, that isolated glory has its advantages, because you hear certain “specialties” of the orchestration better.

What really puts the recording on the map, though, is the all-round great and believable cast that presents youthful voices that never sound operatic and out-of-place (as on the Deutsche Grammophon discs). Scottish soprano Alexandra Silber has a slim and elegant voice and brings enough personality to “I Feel Pretty” to make it an attractive alternative to the classic versions. She sometimes sounds, ever so slightly, like Kiri in the middle range of her voice, but without the creamy top notes. Alexandra Silber maintains the girlish quality of her soprano throughout.

At one point, in “One Hand, One Heart” I even briefly though she sounds like a boy soprano, which was an interesting thought if you enjoy a “queer” reading of West Side Story. 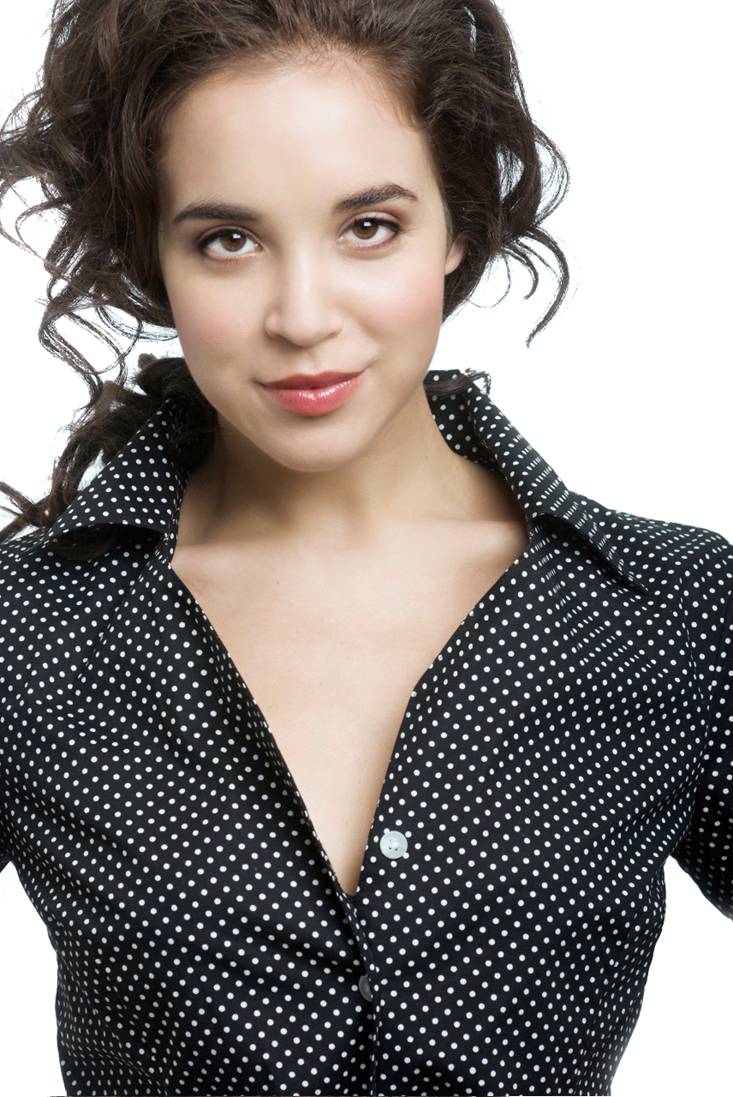 By her side, there is Jessica Vosk as Anita. She is also surprisingly youthful and less overbearingly “sensuous” than what you might be used to. Still, it’s a very attractive and believable performance of superb polish. The remainder of the cast is vivid, not an operatic note to be heard near or far. Bravo, to all involved. (The casting director for this project should be awarded a Grammy right away.)

You could argue that some of the show businbess singers here sound a little “anonymous.” (You could also argue that West Side Story is a kind of Everyman, and they are supposed to be like everyday kids caught up in this Shakespearian tragedy of star crossed lovers.) However, in the midst of it all, there’s the performance of Cheyenne Jackson who is anything but an “everyman” or “anonymous.” I have always liked Jackson on screen, and I liked listening to him when I could also see him. Still, his discs—as recorded sound alone—never truly thrilled me, till I heard his Tony on this new version. He sings the demanding part with a suave earnestness and ease that’s breathtaking. And, he allows himself to slightly vary the notes and rhythms to make it all sound as casual and winning as possible. From the first bars of “Something’s Coming” you know that whatever will come out of Jackson’s mouth on this West Side Story will be great, greater and the greatest.

He has no trouble coping with the higher reaches of the role, which is surprising for a typical Broadway baritone. Add to that his natural acting which is utterly convincing. All the dialogue scenes with Alexandra Silber—and there are many—sound compelling. I’d say that only Bernstein’s own children doing the talking on the Deutsche Grammophon disc surpass Silber and Jackson in terms of intimacy in the spoken passages. But in that old DG version they, as speakers, seems totally disconnected from the rest of the recording. Here, it’s all one glorious whole.

Hearing Cheyenne Jackson as Tony, especially during the more soaring moments, made me wonder if he’ll ever sing operetta?

He would be such a magnificently Mr. X in Kálmán’s Circus Princess, such a dashing ship captain in Die Blume von Hawaii or anything from that era where there are Broadway version of the shows in question. He would, of course, also be ideal casting for Romberg’s Desert Song, Student Prince or New Moon, Friml’s Rose-Marie and Vagabond King.

With singers such as Jackson, Alexandra Silber and Jessica Vos around, not to mention the rest of the accomplished supporting cast (and Michael Tilson Thomas with this orchestra), it really is a shame that such people are never asked by producers to venture into operetta land. They’d blow away any contemporary competition. They could also show the world how young and sexy and up-to-date operetta could—and should—sound and look. So, keep your fingers crossed that this release will be the herald of more goodies to come.

And, as a kind of post script: the producers of this disc did an excellent job in making the show sound theatrical and alive on disc. It’s something I wish I could say more often about the dreadfully “dead” recent recordings of operetta, even when they are taken from live recordings (such as the Lehár series from Munich.)