Yes, she’s the Empress Josephine, and even 200 years after her death she still fascinates. Emmerich Kálmán wrote a whole operetta about her in 1936, and the Musée du Luxembourg has just opened an exhibition dedicated to this “hostess with the mostest”. 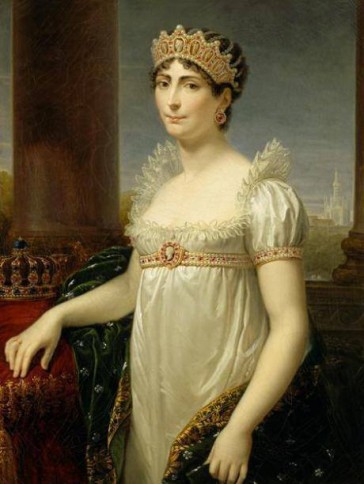 Worth visiting, if you’re in Paris. And of course, that Kálmán show would be worth hearing again too, maybe with Jonas Kaufman as Napoleon (i.e. the Richard Tauber role)? Since he’s working hard on a new operetta album, it might be right up his alley.

In his review for the newspaper Die Welt, Manuel Brug calles Joséphine de Beauharnais “the It-Girl at Napoleon’s side.” And, as we all know, good operettas have always been about It-Girls.