Every self-respecting operetta company needs a production of one of the 20th century’s greatest operettas: Kalman’s Die Csardasfürstin. Whether Dresden Staatsoperette needs this particular production, I am not so sure. 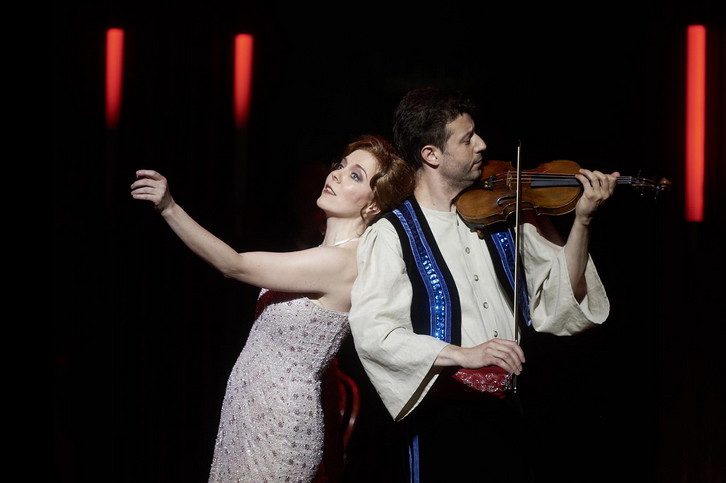 Let me be really positive and begin with the fifteen-strong ballet company, which, under the choreographic leadership of Radek Stopka, is simply superb. The company is used several times, especially at the start of Act Two for the “Bodyguard Ballet”, danced to an up tempo version of the Act Three entr’acte, which is slick, very amusing, and impeccably danced. Then there is the Angels’ Dance, sumptuously costumed by Okarina Peter and Timo Dentler, who are also responsible for the set design. The dancers used the huge angel wings they had been given to produce some simple, but spectacular effects. 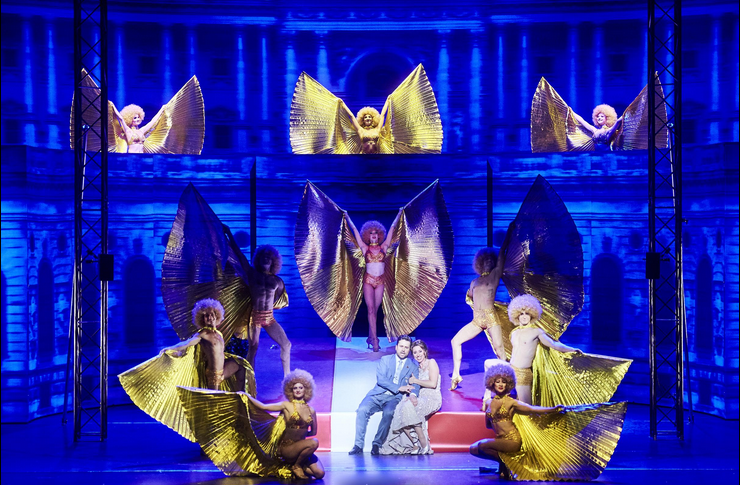 Musically, overall, the production is a success, the orchestra playing stylishly under Peter Christian Feigel and the chorus (directed by Thomas Runge) sounding better (and louder) than I remember from previous productions.

Many of the principals are equally successful: Elvira Hasanagic displaying a gorgeous soprano, with the ability to sing ‘off the words’ rather than just make a pleasant sound, and it was wonderful to have an Edwin (Bryan Rothfuss) whose high notes really pinged their way to the upper tiers. 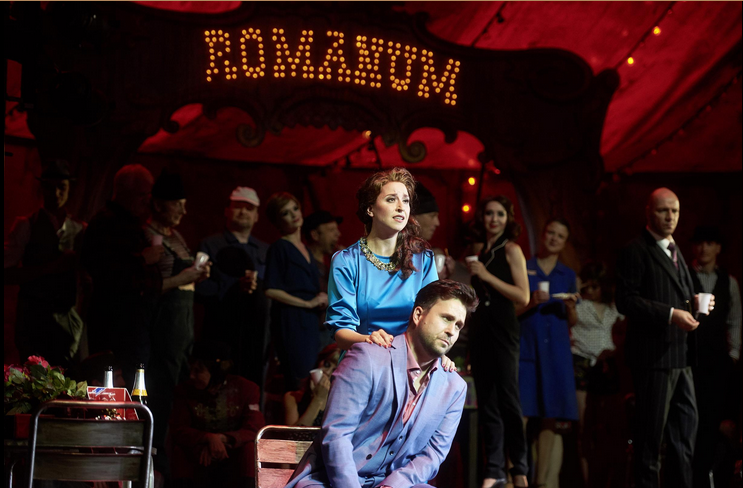 Barry Coleman as Feri was most amusing, when allowed to be, as was Julia Danz as Anastasia, but Johannes Strauss’s singing (Boni) needed more projection to carry even to midway back in the theatre.

The director, Axel Koehler, had decided to update the whole production to the 21st century. He did this by having Eugen von Rohnsdorf (Jürgen Mai) portray the Chancellor of Austria – an ultra right wing politician whose policies included (1) restoring the nobility in Austria, (2) leaving the EU, (3) deporting all economic migrants. Because of this last policy, his son Edwin could of course not marry a foreigner, let alone a ‘gypsy’, even if she is the Gypsy Princess of the title!

Herr Koehler jettisoned Stein and Jenbach’s dialogue, with a few exceptions (it was easy to tell, as those few passages were amusing) and replaced it with a turgid, dull, un-humorous version which seemed twice as long as the original. (You could easily follow all of this since there were English and German supertitles.) The audience had to endure a political speech in Act Two and a voice-over one at the very end of Act Three which totally ruined the climax of the show! 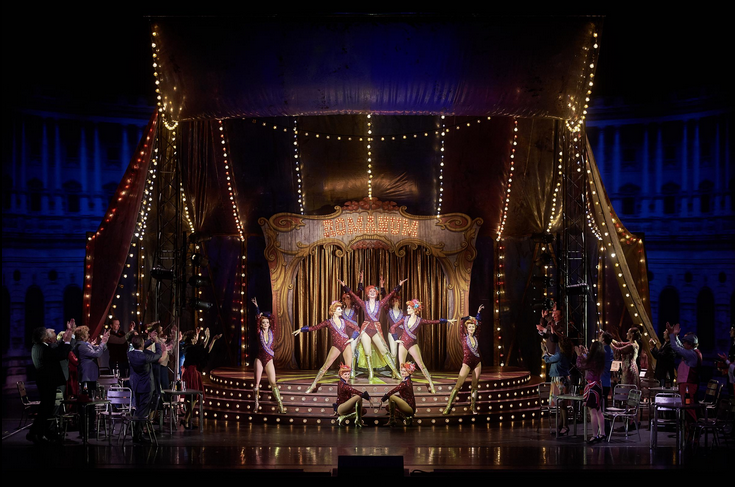 The ensemble with Elvira Hasanagic as Sylva in “Csardasfürstin” at Staatsoperette Dresden. (Photo: Stephan Floß)

In addition, he interpolated the ‘Ein kleiner Slowfox mit Mary’ from The Duchess of Chicago into Act Three – one of Kalman’s most inspired and lesser known numbers, but a mistake because it does not sound as if it belongs to The Gypsy Princess: American rather than Hungarian!

I have seen a few of Herr Koehler’s productions before in other theatres, and he never knows what to do with the chorus: they just stand around, as if their sole function is to sing in four-part harmony. He appears unable to use a chorus to enhance his production. 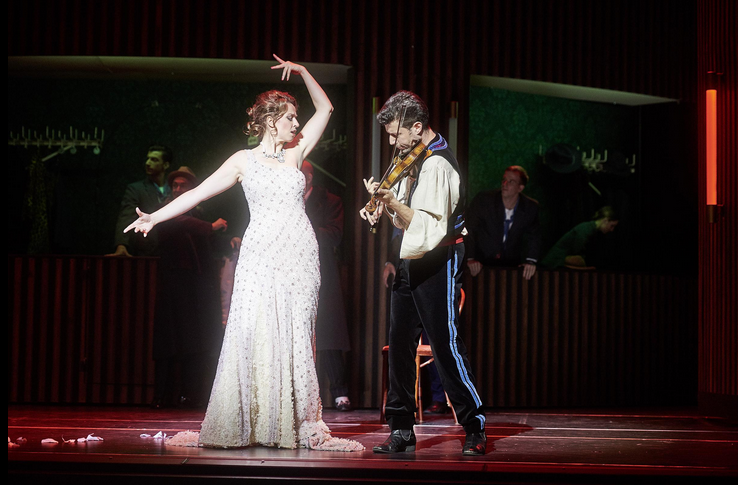 In fact his most successful contribution was to have the interval after Act One!!

So, a very Curate’s Egg of a production, which is a great shame, as presumably this is Dresden’s version of The Gypsy Princess for the next twenty years or so, by which time the dialogue will seem even more turgid. An opportunity wasted!

The next evening I was looking forward to seeing a production of Frau Luna at Dresden Staatsoperette, but the performance was cancelled at very short notice: those who booked online were not emailed; those who returned their tickets were not even given a full refund!