A descendant of the painter Henry Inman, Miss Jackson was born in New York on 3 February 1877. She studied piano in America and in Vienna, but went on the stage at the age of 20 as a vocalist in the chorus of the D’Oyly Carte company at London’s Savoy Theatre, appearing in a chorus rôle in The Beauty Stone, in the 1898 revival of The Gondoliers as Fiametta and understudying Emmie Owen as Gianetta, and then covering Florence Perry (Wanda) in The Grand Duchess. 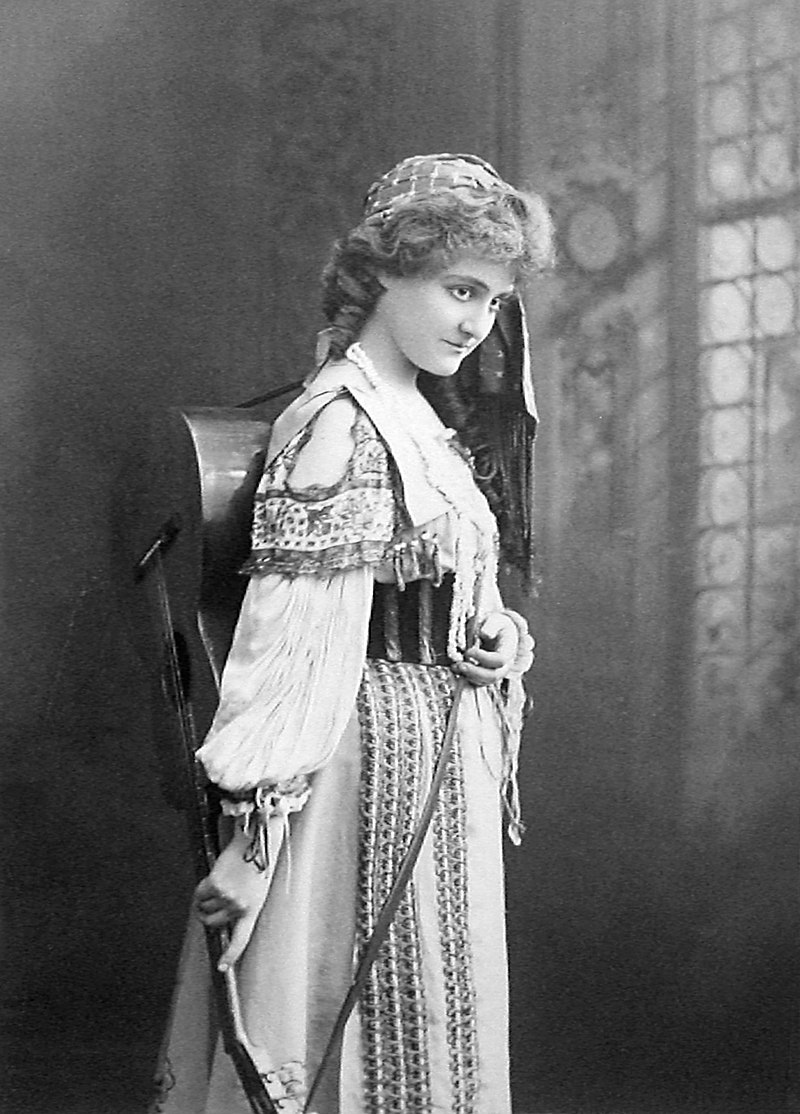 She was taken back to America by Charles Frohman to play the title-rôle in the British musical Little Miss Nobody, which closed on the road, but thereafter she made several appearances in New York, taking over from Virginia Earle in A Runaway Girl, appearing as Little Red Riding-Hood (1899) in the Casino Theater’s piece of that title, as Cécile in Hotel Topsy-Turvy and as Gabriele in Wiener Blut. She also played in Philadelphia in the successful Miss Bob White, on tour as Suzette in The French Maid, with Henry Dixey in an umpteenth revival of Adonis (1900) and as Flo Honeydew in The Lady Slavey (1900) before retiring from the stage after what had been a fairly unremarkable career.

Four years later, however, she returned to Broadway in the rôle of the Indian singing-girl Chandra Nil, created by London’s Florence Smithson, in a Broadway version of The Blue Moon, and the following year she won the title-rôle in the American production of The Merry Widow. With its success she made a name for herself. 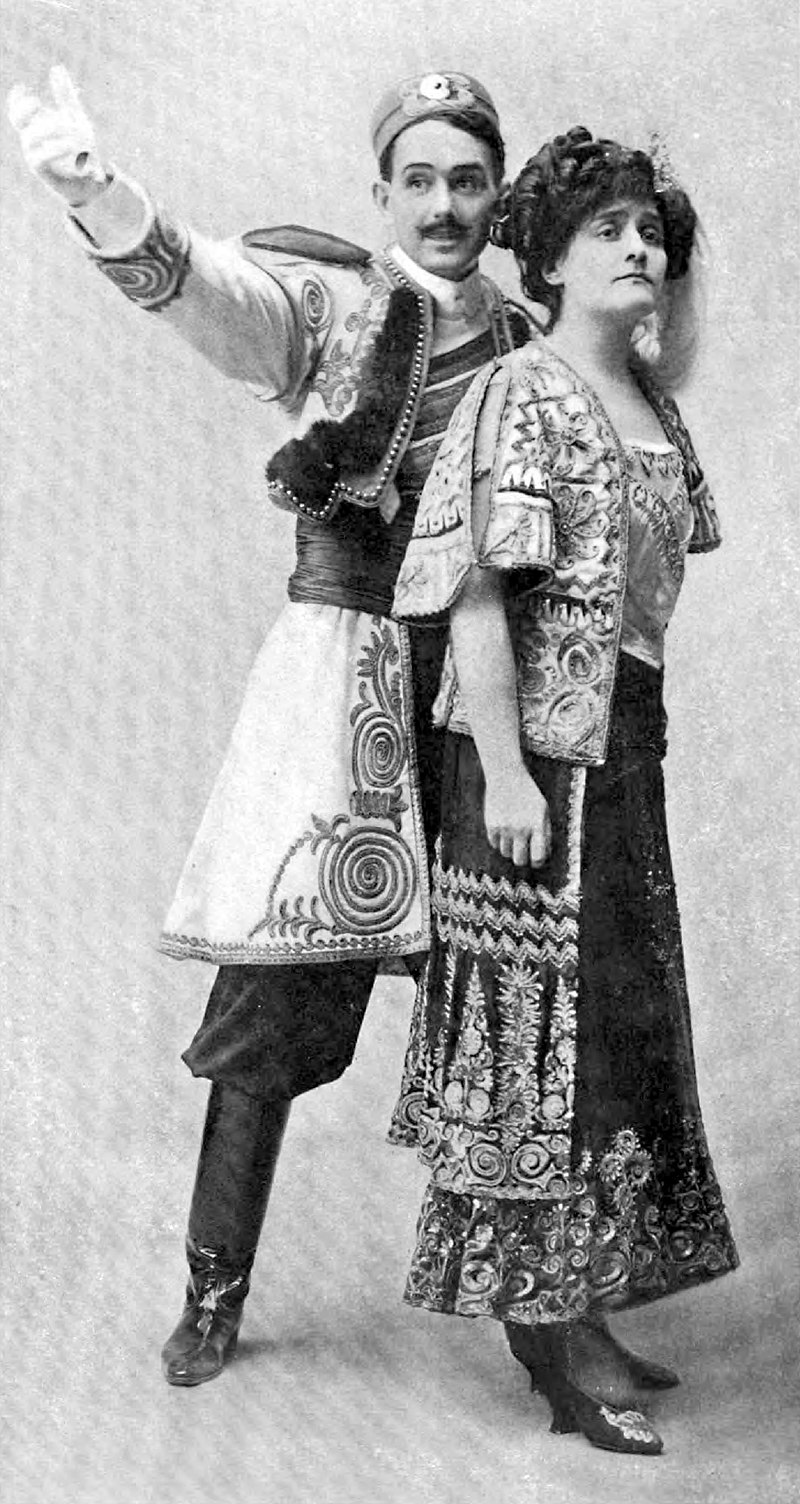 She did not, however, go on to genuine stardom but, in a career which stretched to some 40 years, appeared spasmodically on the musical stage playing in another Philadelphia musical, The Wild Goose (1912, Princess Violetta), walking out of the rôle of Empress Josephine in The Purple Road (1913) as ‘too insignificant’, and never again finding a rôle to equal her one big success. She worked latterly in the non-musical theatre, making her last Broadway appearance in 1939 in Key Largo. 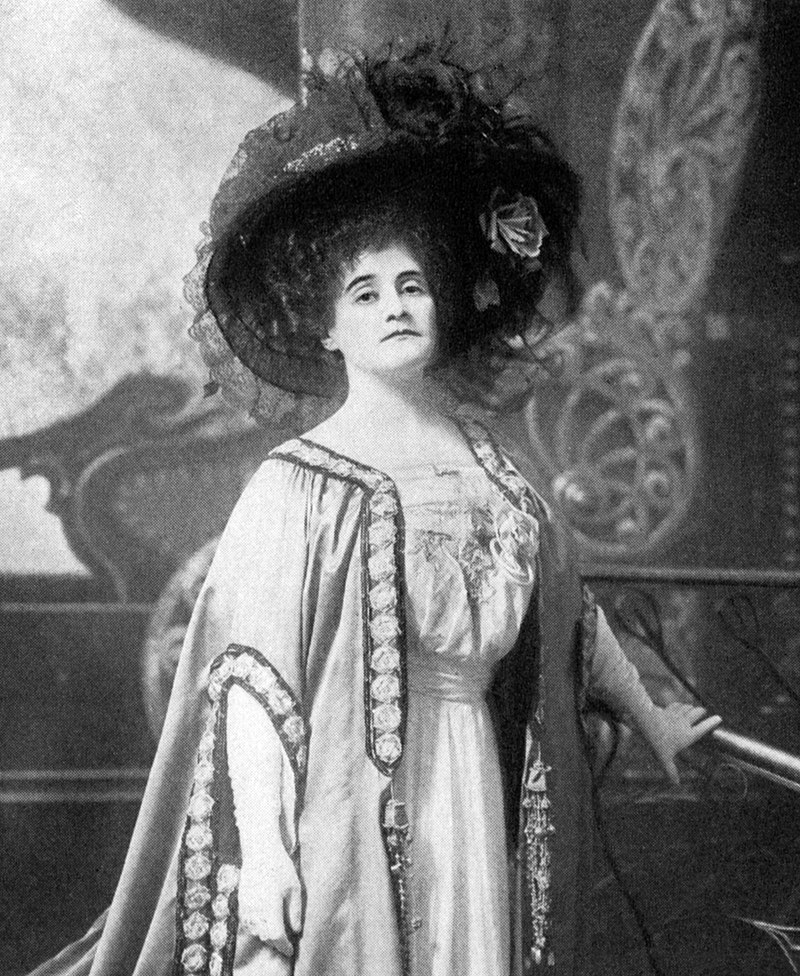 Miss Jackson married, and later divorced producer J Fred Zimmerman. She then married the lawyer who had represented her in the divorce. When she subsequently divorced him, too, she doubtless used a different lawyer.