And now, I would like to talk to you about George London. Yes, I am aware that he didn’t sing any operettas. But wait for it… I have a surprise for you. 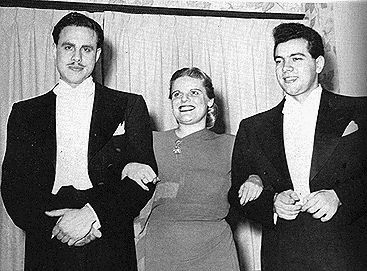 Born George Burnstein in May 1920, into a family of Russian Jewish immigrants in Montreal, Canada, he grew up in Los Angeles and began his career in the 1940s in the Bel-Canto Trio. The other two members of that trio were soprano Frances Yeend and Mario Lanza, before he went onto operetta superstardom with The Student Prince in 1954, still one of the most glorious operetta soundtracks ever. Sadly, without George London.

London was the first American to sing Boris Godunov (in Russian!) at the Bolshoi in Moscow and was considered one of the best Wotans of his era. His Scarpia in Puccini’s Tosca was already legendary during his lifetime.

In addition to his Boris Godunov and Scarpia, Mr. London was mainly renowned for singing Mozart’s Don Giovanni. Everyone agreed about his Don oozed so much sex appeal that it was “demonic”. Well, it was definitely different! As far as I know, there is no complete film of that opera with him.

All the more reason to recommend a film portrait of the singer that came out a couple of years ago on Arthaus Musik. The title of the documentary says it all: Between Gods and Demons.

What might come as a surprise to many today it the fact that George London was a real entertainer who took popular music seriously, probably as a result of having toured with Lanza and Yeend and the Bel-Canto Trio. In 1957 London recorded the album George London: On Broadway, lending “his virile baritone to the great songs of Broadway’s golden age, with glorious results,” as Opera News put it. 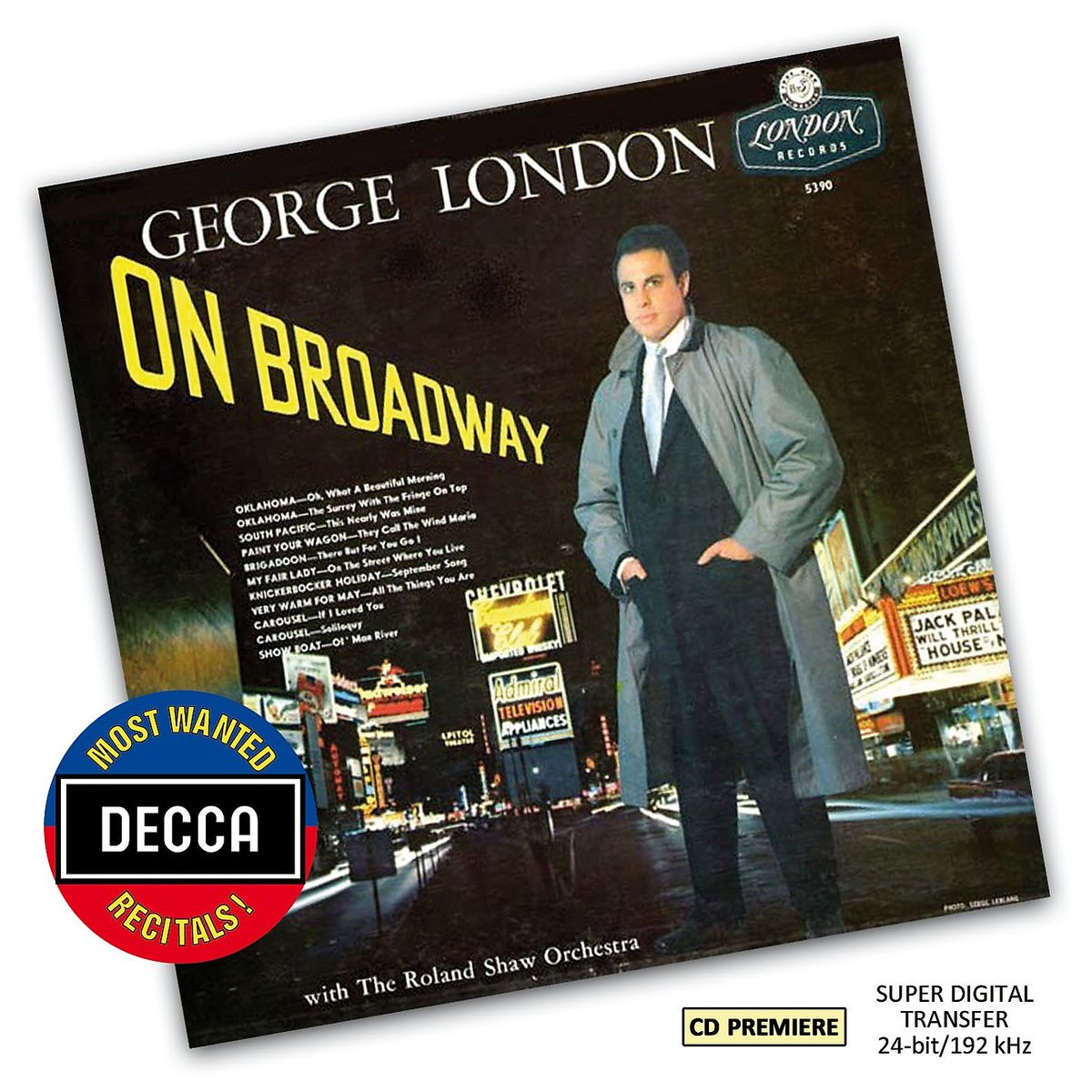 George London’s “On Broadway” album in Decca’s “Most Wanted” series.

Unfortunately he doesn’t sing the great Broadway operettas suited for his voice – anything from Desert Song, The Vagabond King, New Moon, i.e. all the things Gordon MacRae made such a splash with. As did Mario Lanza, for that matter.

Instead, London gives us extensive Rodgers & Hammerstein, from “Oh! What a beautiful morning” to the dazzling “If I loved you”, “Soliloquy” and “This nearly was mine.” But there’s also an unusually dark hued “On the street where you live” from My Fair Lady (as close to operetta as we get here) and Kurt Weill’s “September Song.”

And just before you ask, yes “Ol’ Man River” and “They Call the Wind Maria” are included too, as extra special bass favorites. The Roland Shaw Orchestra accompanies Mr. London, Shaw conducts new 1950s arrangements that are opulent and fun to listen to.

When this album was re-released by Decca on CD someone thought it a good idea to follow Show Boat with three Wagner tracks (“Leb’ wohl, du kühnes, herrliches Kind” from Walküre, “Was duftet doch der Flieder” from Meistersinger von Nürnberg, and “Wahn! Wahn! Wahn!” from the same opera). Hearing the Vienna Philharmonic Orchestra with the full Wotan-blast is a bit of a shock after “Ol’ Man River” but also invites interesting comparisons.

And to hear the voice – held back and so elegantly understated in the Broadway repertoire – break open and soar with maximum grandiosity is equally interesting, because so many opera singers today are incapable of adapting, stylistically, to “light” music in the way George London did. Just like his colleague Robert Merrill did. Or Wagnerian sopranos such as Helen Traubel.

It’s worth listening to them again – and learn! While you get to enjoy at the same time.