It seems that the operetta scene is finally awaking to the possibilities of the internet as a chance to overcome Corona and lockdown regulations. One company after the other is announcing streams for Christmas. There are so many, actually, that you’ll need to really time yourself in order to squeeze all these limited offers into the core holiday season: that applies to Alles Schwindel from Gorki Theater Berlin as well as to the glitzy Frau Luna from Tipi am Kanzleramt, with operetta pioneers Christoph Marti, Tobias Bonn and Andreja Schneider of Geschwister Pfister fame in leading toles. But before the Christmas operetta marathon takes off, there’s Offenbach on offer, too. And let’s not forget the all-male Gilbert & Sullivan from the Palace Theatre, London. 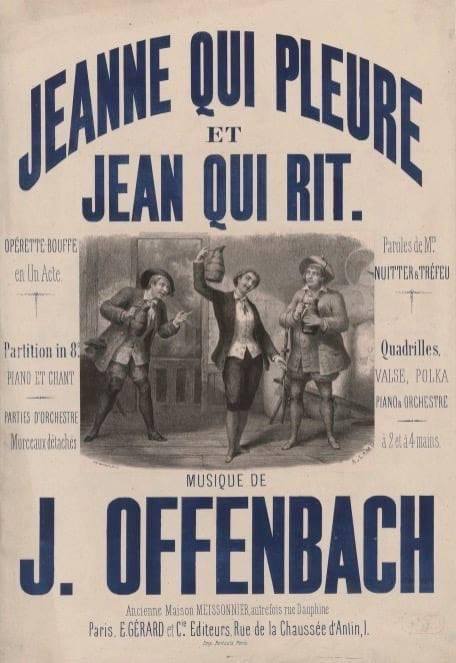 Yes, French operetta producers are following the trend as well. On Sunday, 20 December, l’Odéon in Marseilles presents Jacques Offenbach’s 1864 one-acter Jeanne qui pleure et Jean qui rit. It’s been re-polished and re-constructed by Jean-Christophe Keck (surprise, surprise). You can watch the stream until 19 January, 2021. Which is pure luxury, because it makes planning to watch this so much easier – or watching Jeanne qui pleure et Jean qui rit multiple times without a stopwatch ticking at the back of your mind. 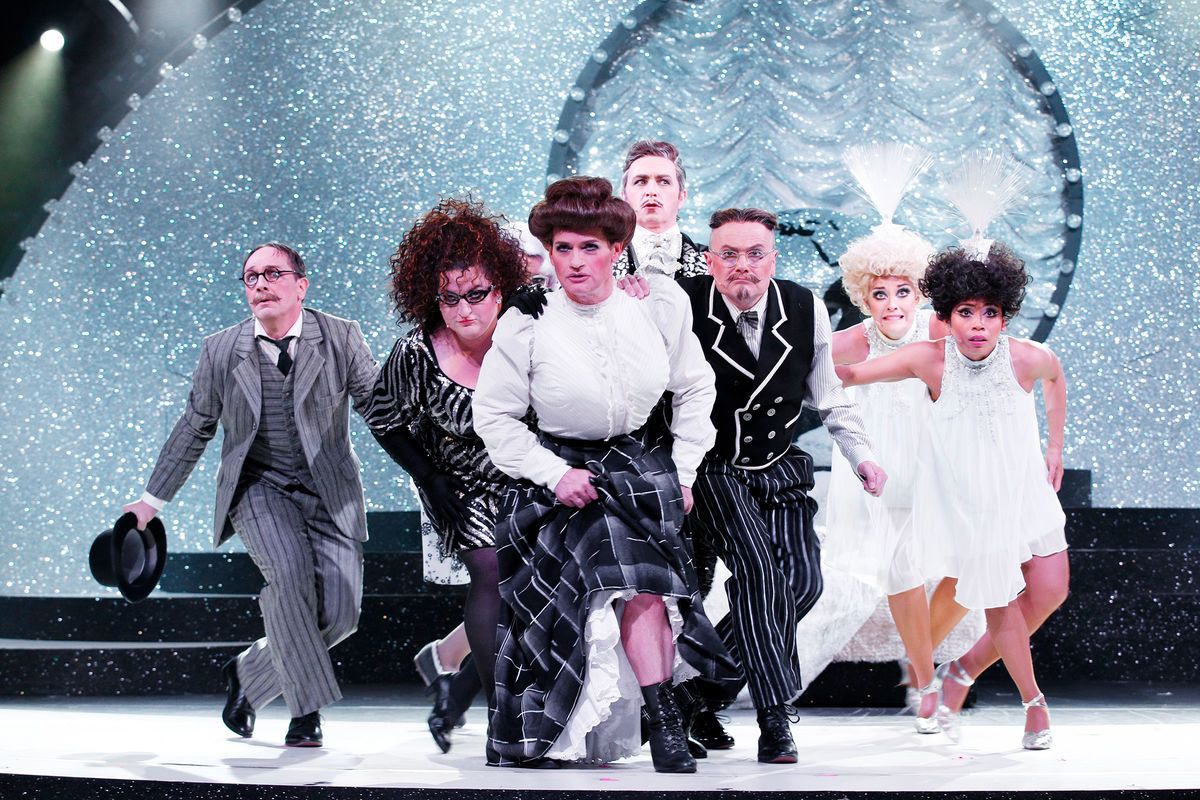 The celebrated Berlin production of Frau Luna is one of the few commercial stagings of an operetta – as opposed to productions at state subsidized venues such as Komische Oper, where orchestra, chorus etc. are not a cost issue and where everything is covered without much risk for the director. Luna was so popular with local audiences and Berlin tourists that it was revived three times for extended runs, which was a challenge because of the large and stellar cast. And even though this version of Frau Luna – in a staging by Bernd Mottl – is not available anymore at Tipi am Kanzleramt, a filmed version has saved it for all eternity. And that version will go online from 24 to 26 December, the company announced. It’s a must-watch, because the individual performances are truly amazing and hillarious, plus Johannes Roloff conducting the “Berliner Mondharmoniker“ is an extra special treat!

And as if all of that weren’t enough, Staatsoperette Dresden has announced that they will offer their new German language production of Rodgers & Hammerstein’s Cinderella online on 25 and 26 December. This operetta-like musical was originally written for TV and had Julie Andrews in the title role. Jon Cypher was her Prince Charming. Who could ask for anything more, right?

In Dresden Laila Salome Fischer and Gero Wendorff will slip into these roles, and of course the company (as another state subsidized German theater) has that large-size orchestra Broadway producers (and fans) can only dream of today. The German lyrics by Jens Luckwaldt might not be in class of their own, so if your German isn’t that great you’ll probably enjoy this version even more. Here is dramaturg Judith Wiemers talking with the conducter of the production.

In the UK, the recent all-male version of Gilbert & Sullivan’s The Pirates of Penzance will go online from 28 December, 2020, to 3 January, 2021. It’s the staging by Sasha Regan that was first seen at her original 50-seater Union Theatre in Southwark over a decade ago. “From day one it became a critically acclaimed overnight hit, winning Best Off-West End production in the 2009 WhatsOnStage Awards. Following several sell-out runs in the UK, the merry band of pirates toured Australia including a three-week run at the Sydney Theatre thanks to Cate Blanchett the then co-artistic director. It enjoyed another sell-out run at Wilton’s Music Hall last year,” writes the website Broadway World.

The version that will now be streamed was filmed during the recent December run at the Palace Theatre.  You can watch it here. And here’s an older trailer to give you some sort of idea…