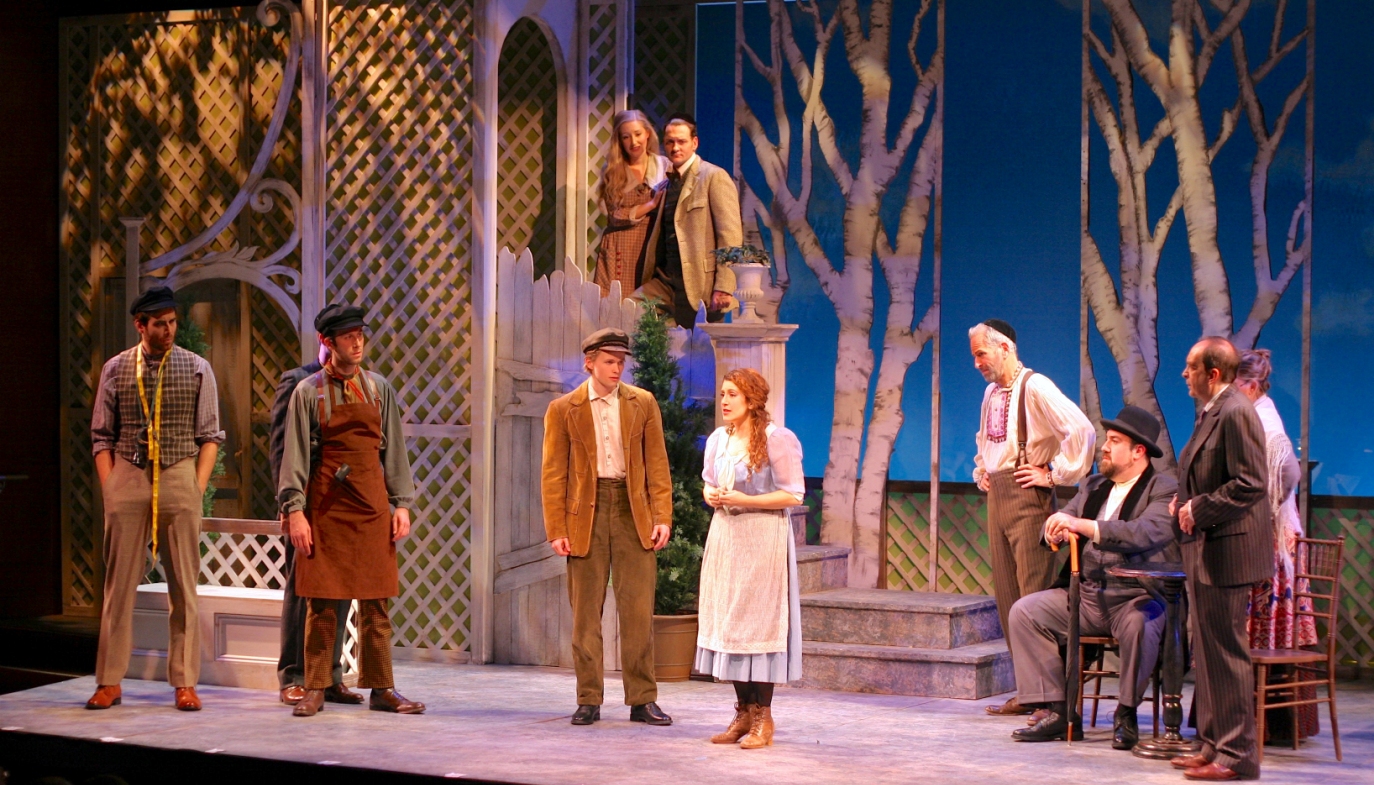 Michael Ochs deserves kudos for sorting out the extant material, both libretto and music, from disparate sources, and doing it with such great care and good taste. After a concert performance at Rutgers a few months ago, it’s now been given a full production with a cast of 20 and a 14-piece orchestra.

The first act takes place in a schtetl in Russia.

The show’s titular heroine Goldele (Rachel Policar) – raised since childhood by an innkeeper and his wife (Bruce Rebold and Lisa Fishman) – has now inherited a fortune from her late father in America. (Throughout the show, incidentally, the glorified references to America with its “endless miracles” and “elevators, subways, and prohibition” are most amusing.)

Her uncle Benjamin (Bob Ader) has come from America to arrange a marriage for her with his actor son Jerome (Glenn Seven Allen), but Goldene loves Misha (Cameron Johnson), the innkeeper’s student son. When word spreads of Goldene’s fortunes, however, three other suitors suddenly appear to vie for her favor.

As for Jerome, he’s utterly smitten with Misha’s sister Khanele (Jillian Gottlieb). And despite her love for Misha, Goldele harbors a sentimental notion that her long-lost mother, whom she only knew as a baby, is still alive, and she impulsively declares she’ll give her hand to the man who finds her. At one point, she sings an exquisite lullaby which she recalls her mother singing to her. She goes to America where the second act plays out in standard musical comedy style.

The show has elements of Johann Strauss, Emmerich Kalman, Irving Berlin, and early Jerome Kern mixed with Smetana’s “The Bartered Bride” and other works of that folkish ilk. And all of this is run through a flavorful Jewish filter. But really it’s a fabulous amalgam of Tin Pan Alley and standard operetta.

Rumshinsky keeps the good tunes coming, constantly varying the mood from snappy Broadway number, as when Jerome extols the virtues of America in “Over There,” to soulful ballads, as when Misha rhapsodizes over his native Russia in a stirring martial number. The main take-home tune, “My Goldele,” charmingly performed by Policar and Johnson, is so infectious, I promise you won’t get it out of your head for days after. And it’s all superbly conducted by Music Director Zalmen Mlotek. 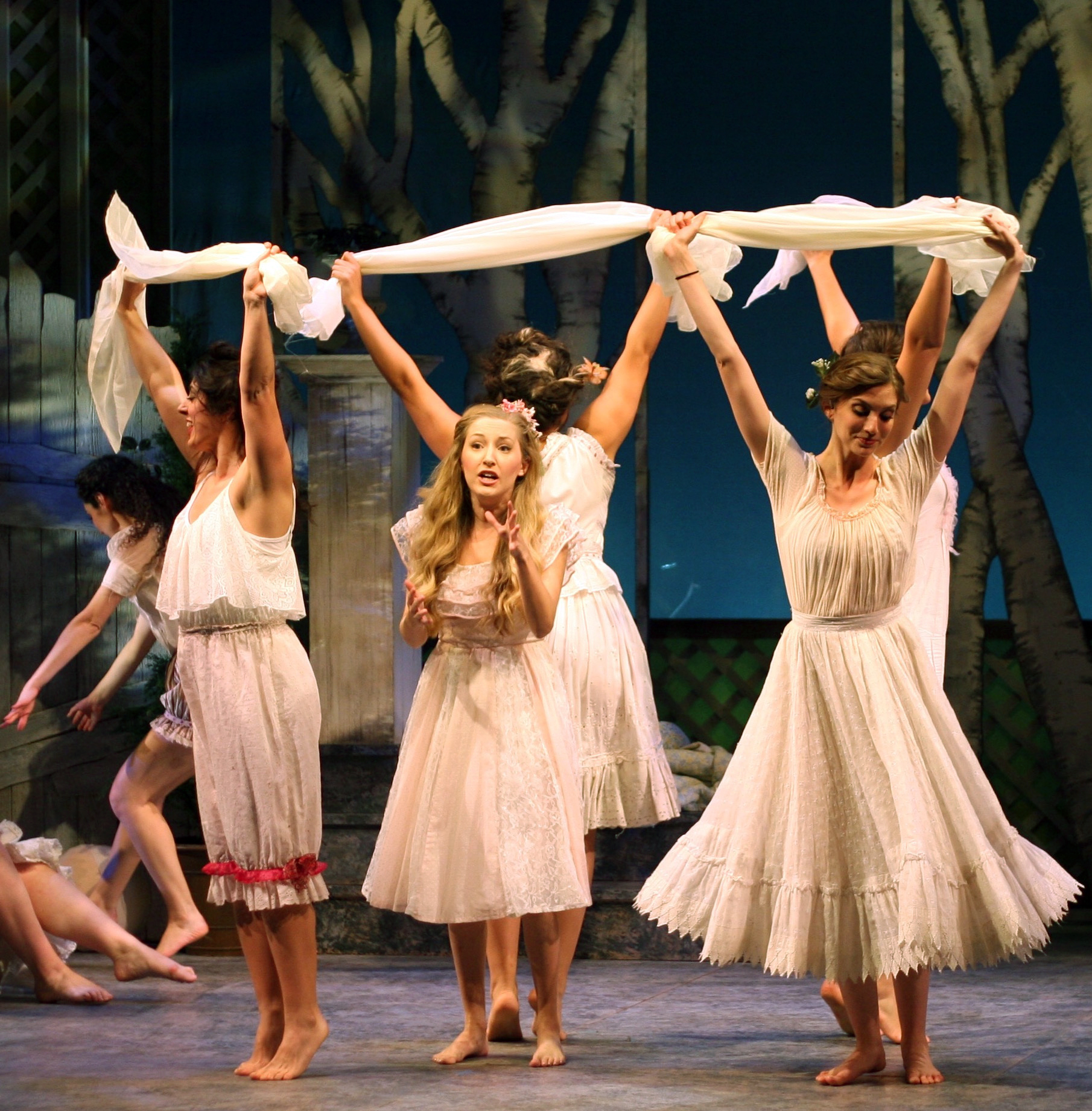 Merete Muenter has staged and choreographed the musical numbers with plenty of showbiz polish. Her inventiveness beautifully matches the varied musical palate whether it’s Khanele and her girlfriends frolicking after swimming, or the waltzing couples at the climactic masked ball.

The whole has been astutely directed by Wasserman and Didner to bring out all the fun and poignancy of the original without ever resorting to camp or disrespecting the source material. For all the happy good spirits, the show’s sentimental moments have real gravitas, like the reverential Sabbath Kiddush number which ends the first act, and the show’s final moments with its moving revelations. There’s genuine pathos here, all the more affecting as it catches you so unexpectedly. 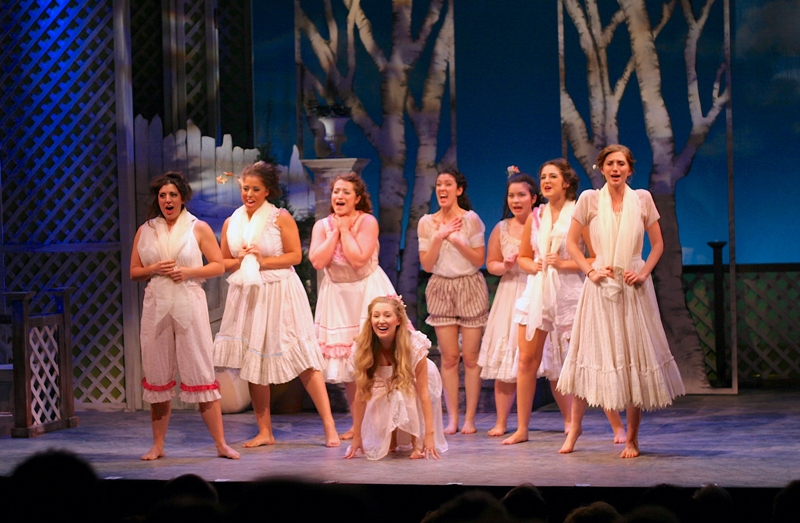 The amusing lyrics and dialogue (libretto by Frieda Freiman and lyrics by Louis Gilrod) are projected on uncommonly clear supertitles above the stage, making the action very easy to follow.

The cast could scarcely be bettered vocally or dramatically. Policar and Johnson have really gorgeous voices, the former more than up to the virtuosity her role demands, and Johnson impressing mightily with his big solos, delivered with a gleaming tenor.

As the secondary comic couple, Allen is very funny as the brash American hopelessly attempting to speak Yiddish and madly in love with Khanele, and Gottlieb – recently so delightful in Cole Porter’s Out of This World at Mel Miller’s Musicals Tonight – is the perfect soubrette. Their second act duet, “We Are Actors,” where they sing about how they plan to take to the stage doing only serious roles was funny indeed. And the play-within-the-play that follows – reminiscent of “The Parson’s Bride” episode in Show Boat – was a hoot, especially when Khanele’s mother presumes the melodramatic events unfolding before her are real. 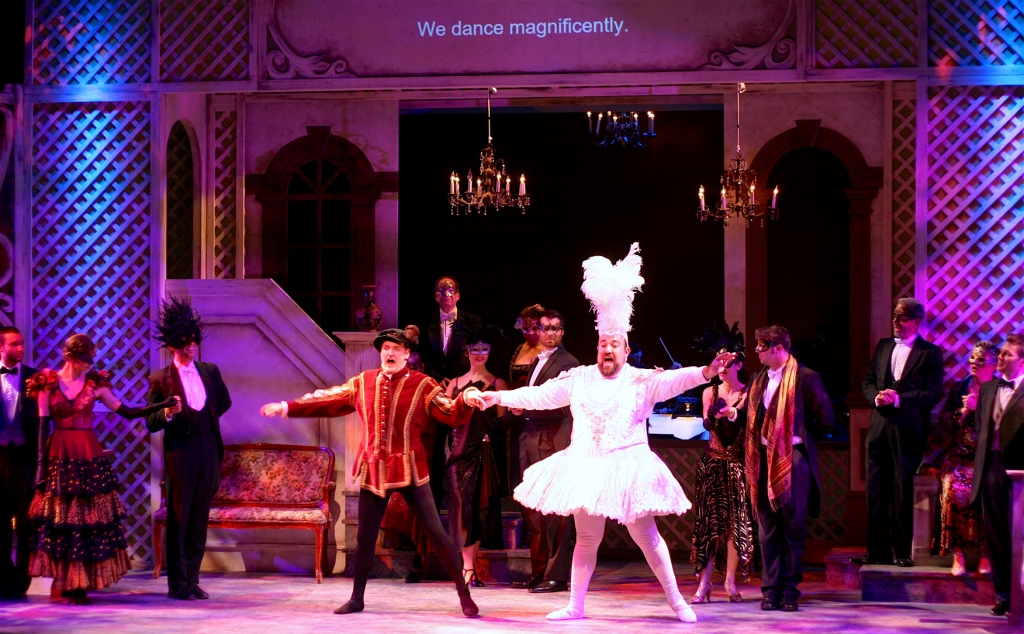 Also outstanding is Adam B. Shapiro as Kalmen, a local cantor/matchmaker. But Rebold, Fishman, Ader, and Regina Gibson all contribute wonderful performances.

This show is utterly beguiling with nary a dull moment, and deserves a real run somewhere.

Perhaps it can transfer uptown after its run at the very attractive Edmond J. Safra Hall. And it’s the kind of show that leaves you hungry for more of the same.

For now, this gem is definitely worth the trip to lower Manhattan.

The Museum of Jewish Heritage, 36 Battery Place at First Place; nytf.org; through January 3, 2016