Yes, it comes as a bit of a surprise to hear Yvonne Kálmán – of all people – say about the Kálmán operetta series at the Komische Oper Berlin that these concert performances are like “a premature ejaculation, leaving you frustrated because it’s over before the real fun begins.” Well, that’s one way of describing it! In the past four years, Barrie Kosky has offered a string of titles by Emmerich Kálmán for Christmas, first as a one-off performance (Bajadere), then as two performances: Herzogin von Chicago, Arizona Lady, and now Die Zirkusprinzessin. The problem with these popular events is that they are over, indeed, before you get a chance to really enjoy them, visit them again, truly take in the mostly unfamiliar music. This is in contrast to the fully staged operettas at the Komische Oper, who have all become part of Berlin’s musical life – and have made a big impact elsewhere, inspiring other theaters to follow the Berlin-Mitte lead. This happened with Abraham’s Ball im Savoy, Dostal’s Clivia, and Oscar Straus’ Eine Frau, die weiß, was sie will. Box office successes, each and every one of them. 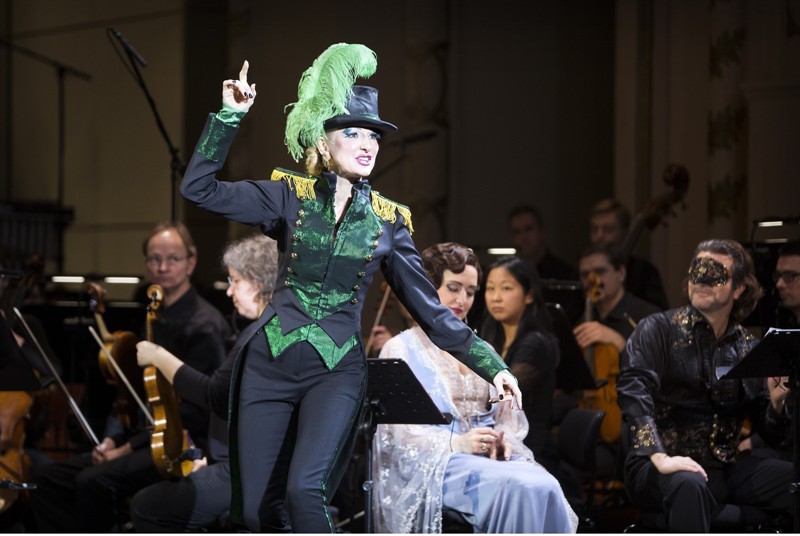 Desirée Nick as the MC in “Die Zirkusprinzessin” at the Komische Oper Berlin. (Photo: Iko Freese/drama-berlin.de)

These productions have brilliant stagings, and they have brilliant stars: Dagmar Manzel, Christoph Marti, Tobias Bonn, Max Hopp, Andreja Schneider, and Katharine Mehrling. They all represent a new and diverse style of operetta singing that is immensely successful. But they are not the people you encounter at the Christmas operettas. Except last year, when Katharine Mehrling and Serkan Kaya caused something of a supernova when they appeared together in the Kálmán’s 1953 cowboy spectacle Arizona Lady. In terms of casting genius, it was a major step backwards to play the 1926 revue operetta Die Zirkusprinzessin with more or less “standard” operetta singers, singing in a more or less “standard” way: Munich’s Alexandra Reinprecht as Fedora, Zoltán Nyári from the Budapest Operetta Theater as Mr. X, Peter Renz as Toni and Julia Giebel as Miss Mabel. Add to this conductor Stefan Soltesz who played a lush and over-romantic Kálmán, with lots of trembling violins, and little bounce in the jazzed up dance numbers, which were mostly cut anyway. Why Mr. Kosky believed Die Zirkusprinzessin deserved such a run-of-the-mill performances – broadcast on the radio on December 31 at Deutschlandradio Kultur – remains his well guarded secret. 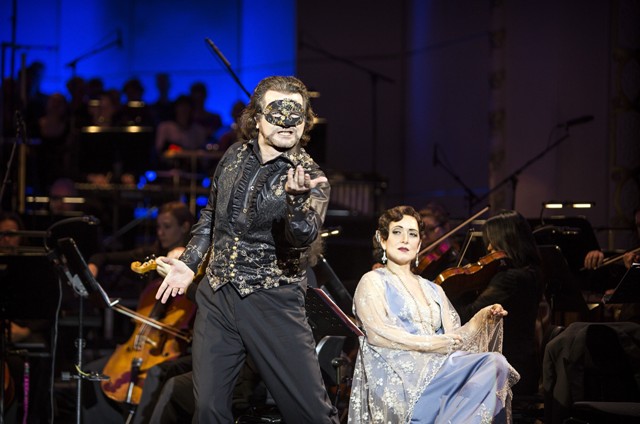 What made this Zirkusprinzessin outstanding, nonetheless, was this year’s Mistress of Ceremonies: Desirée Nick. She alone showed what star quality on stage should look like, what operetta irony should sound like and how funny an old fashioned operetta love story like that of Mr. X/Fedora can be. Miss Nick even sang – Adele’s Laughing Song – in such an over-the-top way, savoring every single mad cap note, that I asked myself: why doesn’t anyone of the others follow her lead? She was the superstar of the evening, in a Carol Channing kind of way. And most reviews of the performance were full of praise for her. Let’s hope she gets her big shining moment in a staged operetta sometime soon at the Komische Oper.

After the concert, Barrie Kosky announced what will follow in terms of Kálmán in the years to come: 2016 will be the last Kálmán Christmas operetta outing.

The title on offer next year is Marinka, Kálmán’s 1945 Broadway hit which includes the song “Old Man Danube”. (Yes, a glorious Jerome Kern homage.) He did not say who will sing and who will conduct Marinka. And as for Yvonne’s wish for a full staged Kalman title, Kosky said he is thinking about a “jazzed up” Mariza. What needs to be jazzed up isn’t immediately clear to me. After all, the score is filled with foxtrots and shimmies. But I am happy to let myself be surprised by Kosky’s genius when it comes to staging and casting his ground breaking productions!

So, these are the Kálmán news from Berlin. There is a second concert performance on December 30, and the radio broadcast a day after that at 20.03h Central European Time. Tune in, because Miss Nick’s narrative was so acoustically nuanced and spectacular that it should be fun to hear on the radio too. 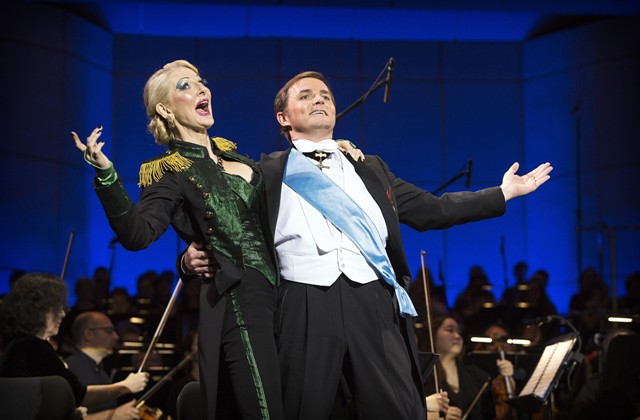