For their 2016/17 season, the Budapest Operetta Theater (BOT) has some surprises in store. They might have opened the season in September – at the Pest Broadway Festival – with the familiar and unavoidable Csardasfürstin, with English and German supertitles. But the real novelty to get excited about in October will be a new show entitled Lady Budapest. It pays homage to the 60th anniversary of the 1956 revolution and is an adaptation of the George Tabori novel Journey, about the heroes and victims of that revolution. 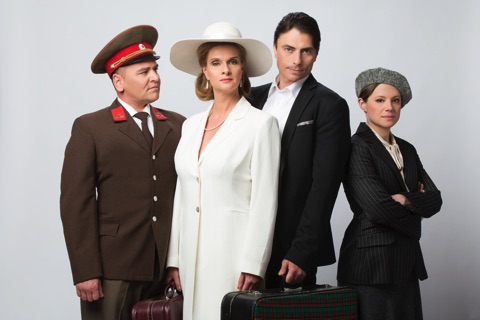 The cast from the rock opera “Lady Budapest” about the 1956 revolution in Hungary. (Photo: Budapest Operetta Theater)

According to the press release, the plot runs as follows: “In the immediate aftermath of the revolution, an English Lady named Ashton finds a bus that will take her, her wounded and persecuted revolutionary lover Veres Pál, and a number of other foreigners and freedom fighters to safety over the border. But a Soviet officer, Surov notices something is off about the weary band of travellers, and stops them. Against his will, he also becomes enamoured with Lady Ashton, and a complicated game between truth and lie, love and duty begins go play out amidst the chaos that is Hungarian history. With the adept musical-writing team of Miklós and Kocsák, and the inventive direction of Szilárd Somogyi, this will surely be an experience you won’t forget.” 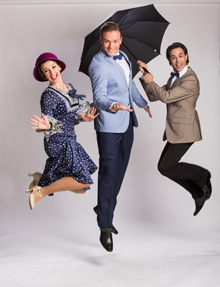 The Hungarian production of “Singin’ in the Rain.” (Photo: Budapest Operetta Theater)

On a somewhat less dramatic level, the next premiere in February 2017 will be Singin’ in the Rain, based on the beloved MGM movie about the birth of talkies. Some of the energetic young talents of the ensemble will star in this new version – and they will demonstrate their tap dancing abilities.

On the operetta side of things, March 2017 will offer a new Merry Widow. Máté Szabó will direct the new production. 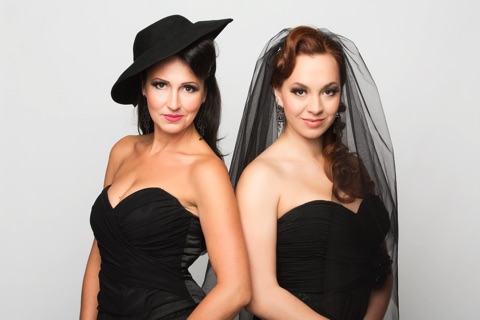 PR image for the new “Merry Widow” production at the Budapest Operetta Theater.

The season’s final premier continues the successful trend of including a modern opera production in the BOT repertoire: Creative Connections is a story about four present-day people just like the people in the audience, their connections and missed connections, their professional successes and private disappointments. The press release states: “A Photographer watches his clients and they watch him back, as he takes photographs of them and becomes hopelessly tangles up in their lives – in the lives of the Singer, the Programmer and the Businesswoman. First premiering at the Bartók Opera Festival, this brand new creation stars exquisite operatic voices, and relies on the explosive talent of up-and-coming director Krisztina Székely. With music by Tamás Beischer-Matyó and libretto by Anna Eliza Mechler, I heartily recommend this chamber opera who wants to know what the genre can say about our lives today.” 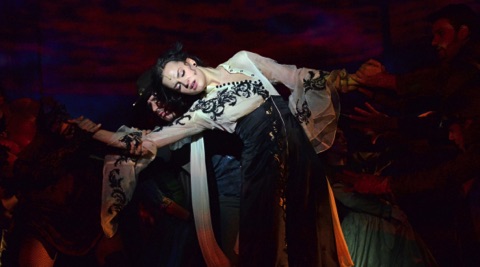 Scene from the musical version of “Gone With the Wind.” (Photo: Budapest Operetta Theater)

Next to these new productions, some of the older favorites will return. Among them (get ready) is: Gone with the Wind, the “sweeping epic of love and loss during the American Civil War, set to the brilliant score of Gerard Presgurvic.” In November, Kalman’s Countess Maritza is back in Budapest as well.

To save the biggest news for last: During the 2016/17 season the legendary Somossy Orfeum will re-open. 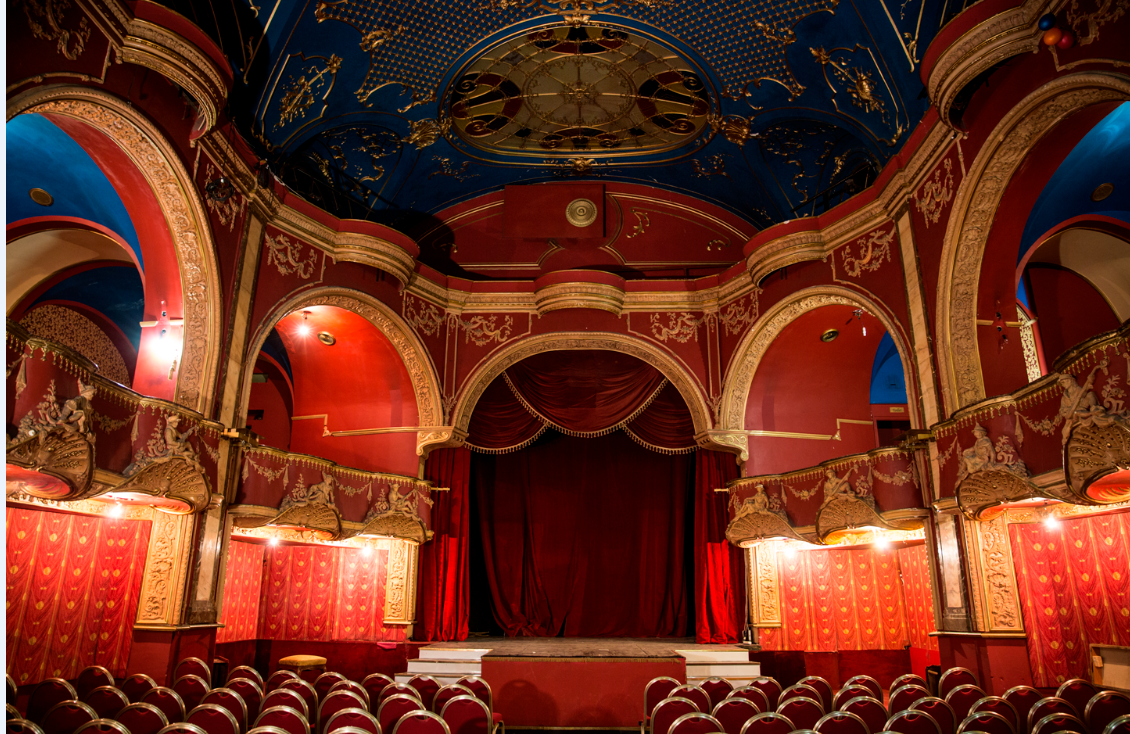 The stage of the Kalman Theatrum in Budapest. (Photo: Budapest Operetta Theater)

It’s the small cabaret venue right next to BOT, originally a typical after-show place where you could spend the late evening and night with your guests, comparable to Die Hölle in Vienna or the Kabarett der Komiker in Berlin. When the new theater-and-restaurant reopens, offering 200 seats, it will have a new name to differentiate itself from the former venue, notorious in communist times: it will be called “Emmerich Kálmán Theátrum.” And “it will host a wide variety of productions – both regular repertoire pieces and one-off galas, cultural events and guest performances.” 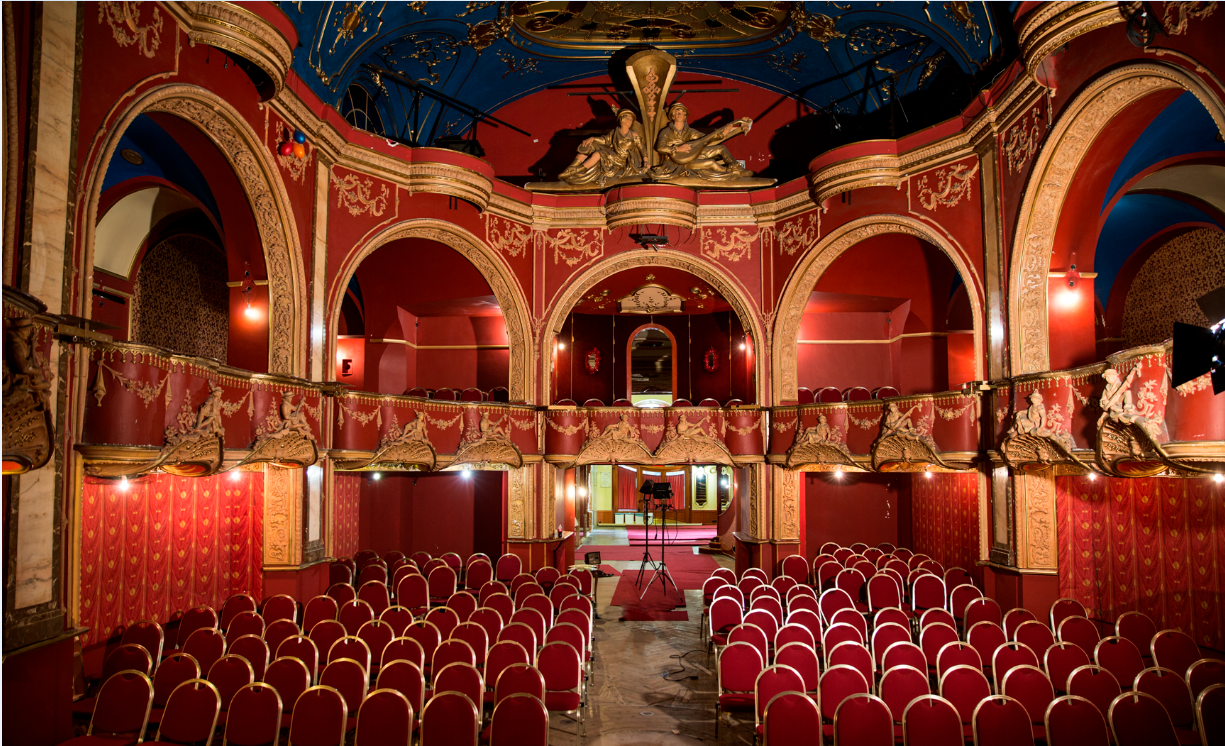 It’s certainly an ideal and highly elegant place for interesting smaller scale productions. (Perhaps Berlin’s new Frau Luna and established Cabaret can move there from the Tipi am Kanzleramt, a stage of comparable size?)

Poster for the 2016 production of “Frau Luna” at the Tipi am Kanzleramt, Berlin.