Hervé’s 1867 opéra bouffe L’œil crevé (literally “The pierced eye” or “It hit me right in the eye”) was first produced in Paris at the Théâtre des Folies-Dramatiques. It’s a perfect example of the zany madcap operetta style that characterized the early years of the genre. Even if by 1867 it’s moved ahead quite a bit. A new production of L’œil crevé from Bordeaux was one of the most eagerly awaited operetta premiered of the season. But since Corona and repeated lockdowns have made theater visits difficult and travel to France problematic, France3 Nouvelle-Aquitaine has broadcasted the production and made it available on YouTube. 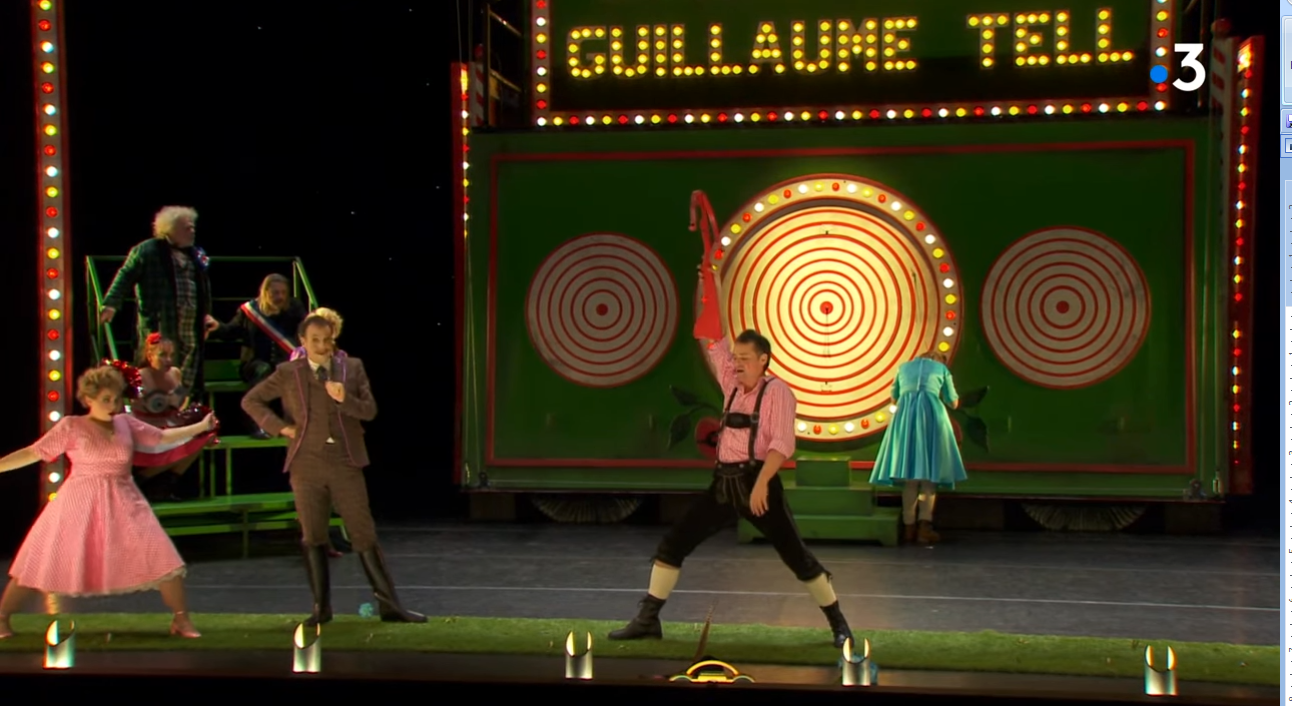 Not surprisingly, the rediscovery of this Hervé title was instigated by Palazzetto Bru Zane who already brought Hervé’s Les chevaliers de la Table Ronde back to the stage. The stream of that production, which was shortly available online, has since not appeared on DVD (or CD). But here’s hoping…

L’œil crevé is a work from the time of some of Hervé’s greatest hits: Chilpéric 1868 and Le petit Faust of 1869. The latter two were especially successful in London with Hervé himself appearing in the productions. Emily Soldene writes about in her usual tongue-in-cheek-style. If you want to know about Hervé himself, here’s an article by Kurt Gänzl. 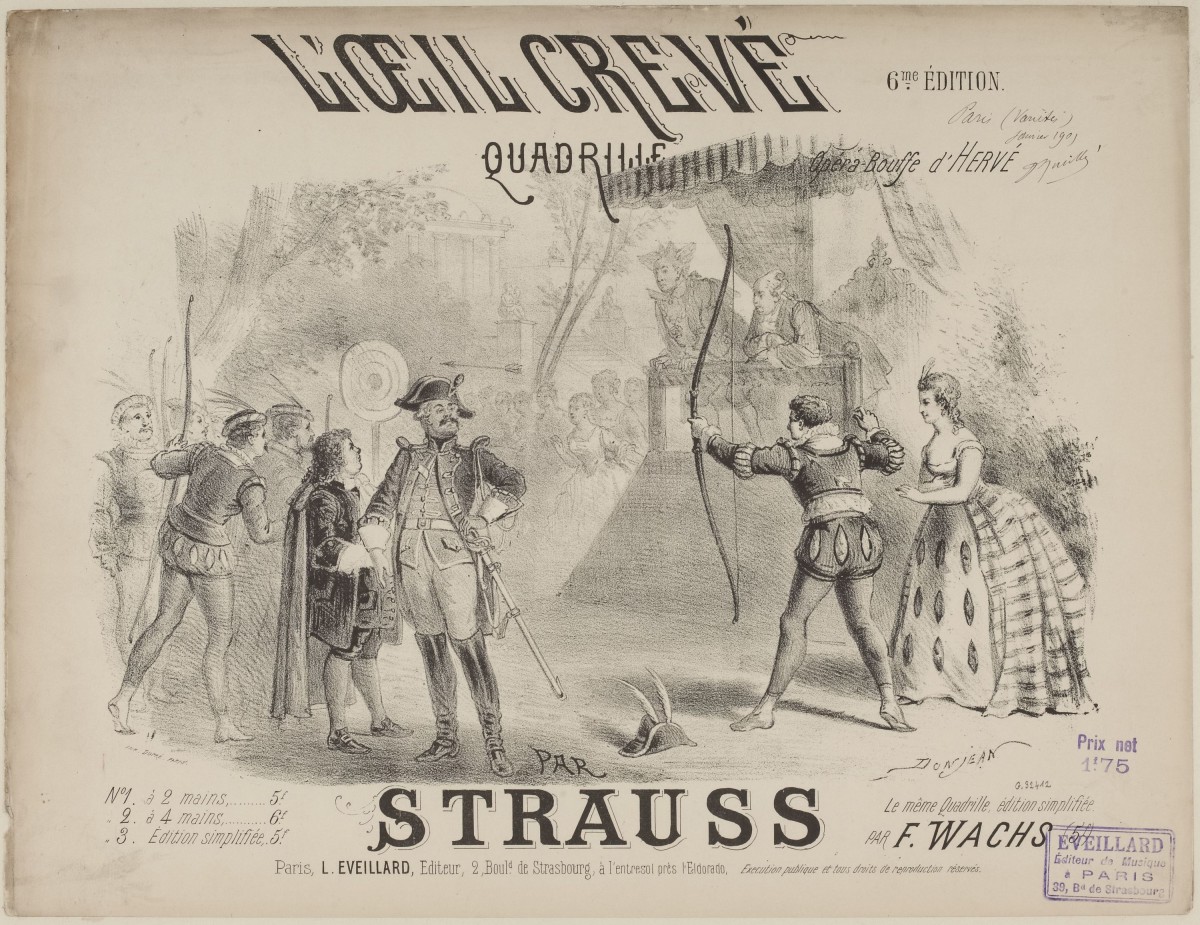 Sheet music cover of a quardrille version of the hit tunes from Hervé’s “L’œil crevé” arranged by Strauss.

L’œil crevé was a big success, too. It racked up 345 performances in its first year. Among the hit tunes were a duet about the “Légende de la langouste atmospherique” (the story of the atmospheric lobster); a number for the gendarme imitating drum sounds; and a yodeling song for Alexandrivoire. Typical and glorious opéra bouffe madness that you can read more about here.

It played in German at Theater an der Wien as Der Pfeil im Auge in 1868 and at Friedrich-Wilhelmstädtisches Theater in Berlin as Fleur de Noblesse the same year. The United States saw it in 1869 at the Théâtre Français. Great Britain got a production at the Olympic Theatre entitled Hit or Miss, or All My Eye and Betty Martin. And even in Australia it made a splash in Melbourne as L’Oeil crevé or the Merry Toxophilites in 1874. 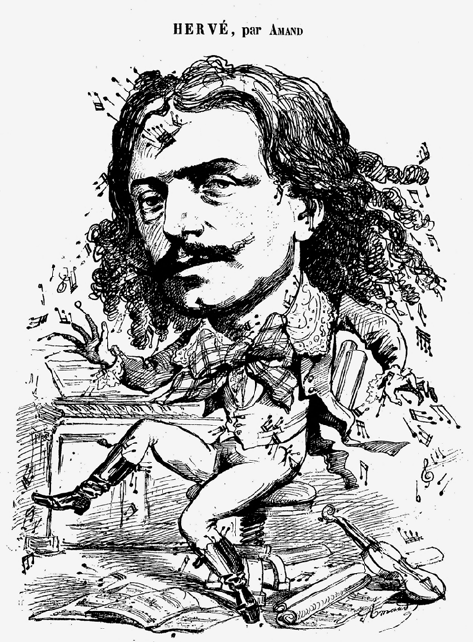 A review of the original 1867 production said Hervé’s music was “spiritual, joyous, really crazy, really Parisian… and wise!” Carl Maria von Weber’s Freischütz and Rossini’s Guillaume Tell, which both feature archery contests, are parodied, as well as Verdi’s Il trovatore, with a character doing a take-off of the famous “Miserere” while her beloved is imprisoned in a dungeon. 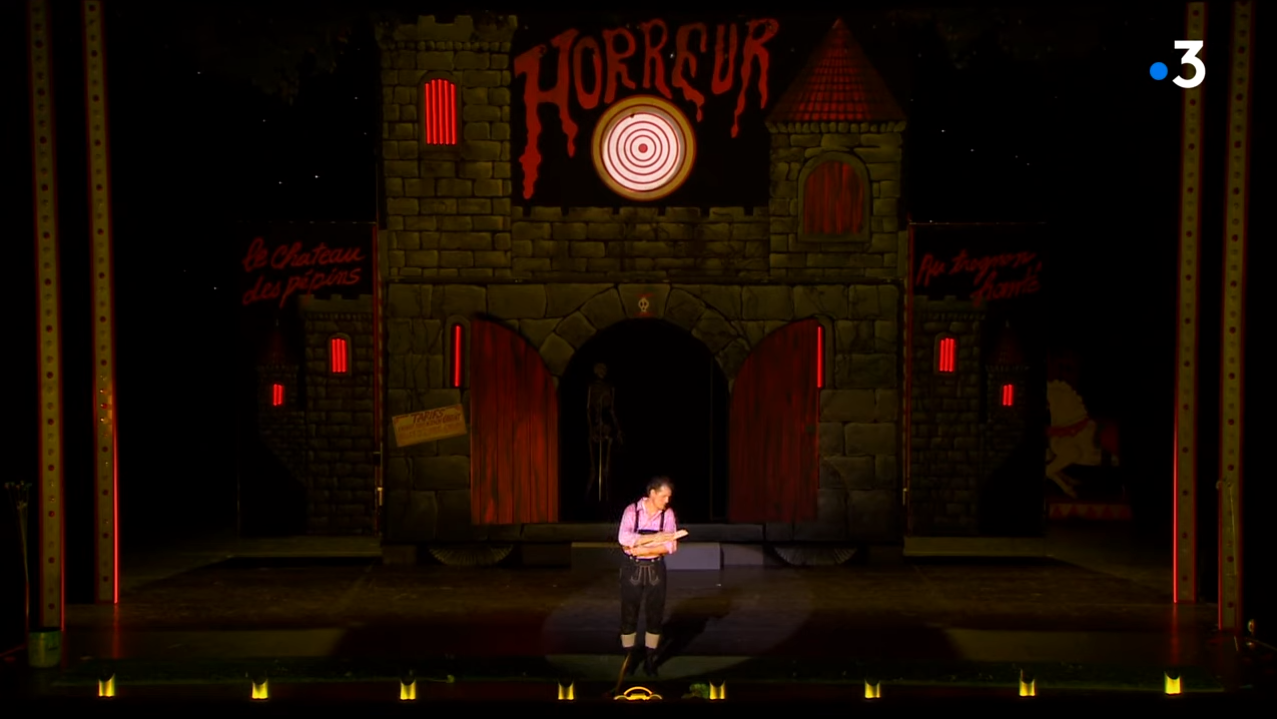 The dungeon scene from the new “L’œil crevé” production from Bordeaux. (Photo: Screenshot)

So, what is L’œil crevé about? Here’s the plot outline: Fleur-de-Noblesse, a young and beautiful girl from a good family, has simultaneously been smitten with a mad passion for carpentry and a mad passion for a young carpenter in the locality, Ernest. An archery contest is arranged in which her hand in marriage is to be the prize awarded to the victor, so Fleur sets to work “fixing” the targets so that Ernest will win.

When the contest takes place, it does appear that Ernest has hit the bulls-eye but Alexandrivoire, a roving forester who like Robin Hood robs from the rich and gives to the poor, turns up and challenges the result.

When he attempts to shoot the target, Fleur intervenes and diverts the arrow with the result that it pierces her right in the eye. The local gendarme Geromé arrests Alexandrivoire and has him thrown into a dungeon but Dindonette, a peasant girl in love with Alexandrivoire, manages to extract the arrow from Fleur’s eye and, after a lot of mistaken identities, baby-talk and confusion, all ends happily.

Original costume design for the Marquis in “L’œil crevé.”

The Bordeaux production is by Pierre-André Weitz (who also plays the Duc d’en Face), and it is conducted by Christophe Grapperon. In the lead roles you get Ingrid Perruche as Fleur-de-Noblesse and Lara Neumann as Dindonette. Also, Olivier Py can be seen as La Marquise (yes, there’s a cross-dressing).

Sadly, the stream does not offer English subtitles (only French ones), which makes it difficult for those who don’t speak the language to understand what’s going on. And whether the madness presented here – with opera singers instead of true character actors and actresses – is ideal for Hervé and a revival of one of his greatest hits is a question worth debating. Make up your own mind, here’s the full production on YouTube.