When Johann Strauss presented his first operetta Indigo und die 40 Räuber in 1871 – as a Thousand-and-One-Nights-spectacle written with Richard Genée – he had the famous stage of the Theater an der Wien at his disposal and a superstar cast that included Marie Geistinger,  ready to drop her “oriental” costume as a special attraction. Now, this show returns to Vienna to the Amtshaus Hietzing. 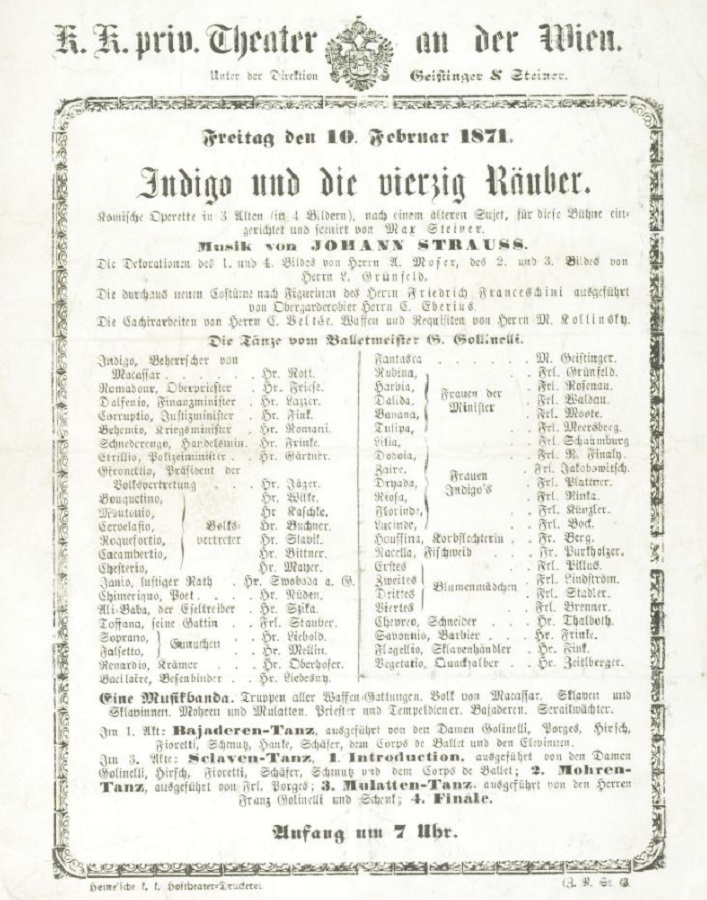 The city of Vienna’s press service announced that the operetta will be presented on Monday evening, 26 September, at the Große Festsaal (large festival hall) of the Amtshaus Hietzing, a communal building at Hietzinger Kai 1-3.

Instead of spectacle (and gratuitous nudity) there will only be a concert performance where supposedly no one will appear in costume or strip on the podium à la Geistinger. The five soloists are Claudia Camie, Peter Widholz, Pablo Cameselle, Russi Nikoff, and Georg Lehner. There’s also a chorus.

The conductor of the performance is Margit Fussi, Helga Papouschek is the narrator, guiding the audience through the twisted story set on the island of Makassar. 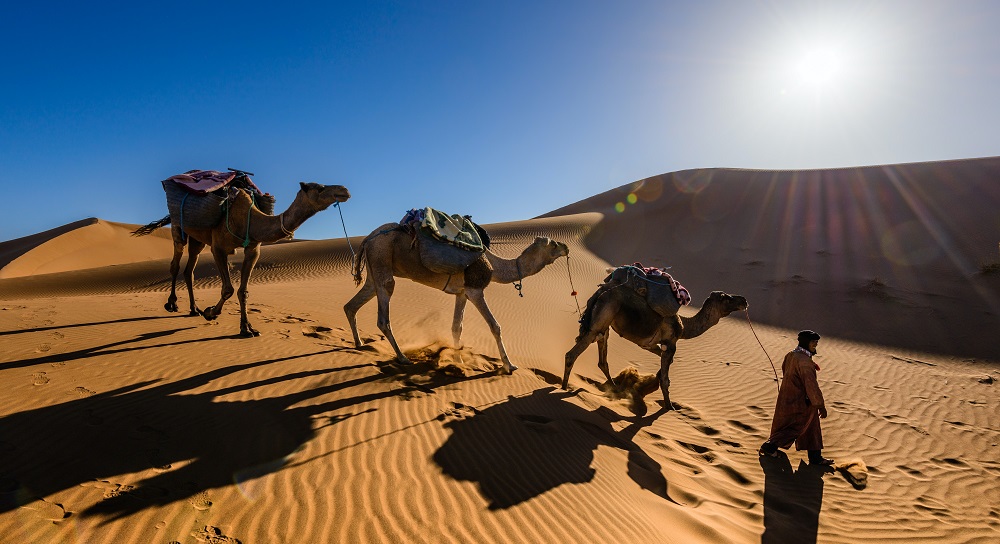 There, the girl Fantasca and her companion Janio are stranded after a shipwreck. Even though they’ve been saved from the sea, they soon find themselves as slaves and Fantasca as “the new girl” in the harem of the King of Makassar. As might be expected, he falls for the “fresh meat”. But Fantasca is not interested in him. At all.

Instead of servicing the king, she escapes with the other ladies of the harem, dressing them up as bandits: the 40 “Räuber” of the title. When the police run into them they flee in horror – because of the cross-dressing? the feminist empowerment they represent? their vigor? or simply because they are not aware that this fierce group is not what the appear to be?

Somewhere along, Ali Baba joins the story. At some point late in the plot, he and Janio drug the ladies and return them to the king. Because: the king has promised a hefty sum of money to anyone who captures the fabled “40 bandits” who now turn out to be something very different than expected.

So, once she’s awake again, Fantasca, Janio and Ali Baba collect their reward and everyone is set free. (Okay, it might not be the most inspired ending, but it offers a lot of possibilities for interpretation if you want to demonstrate female empowerment, of sorts.) 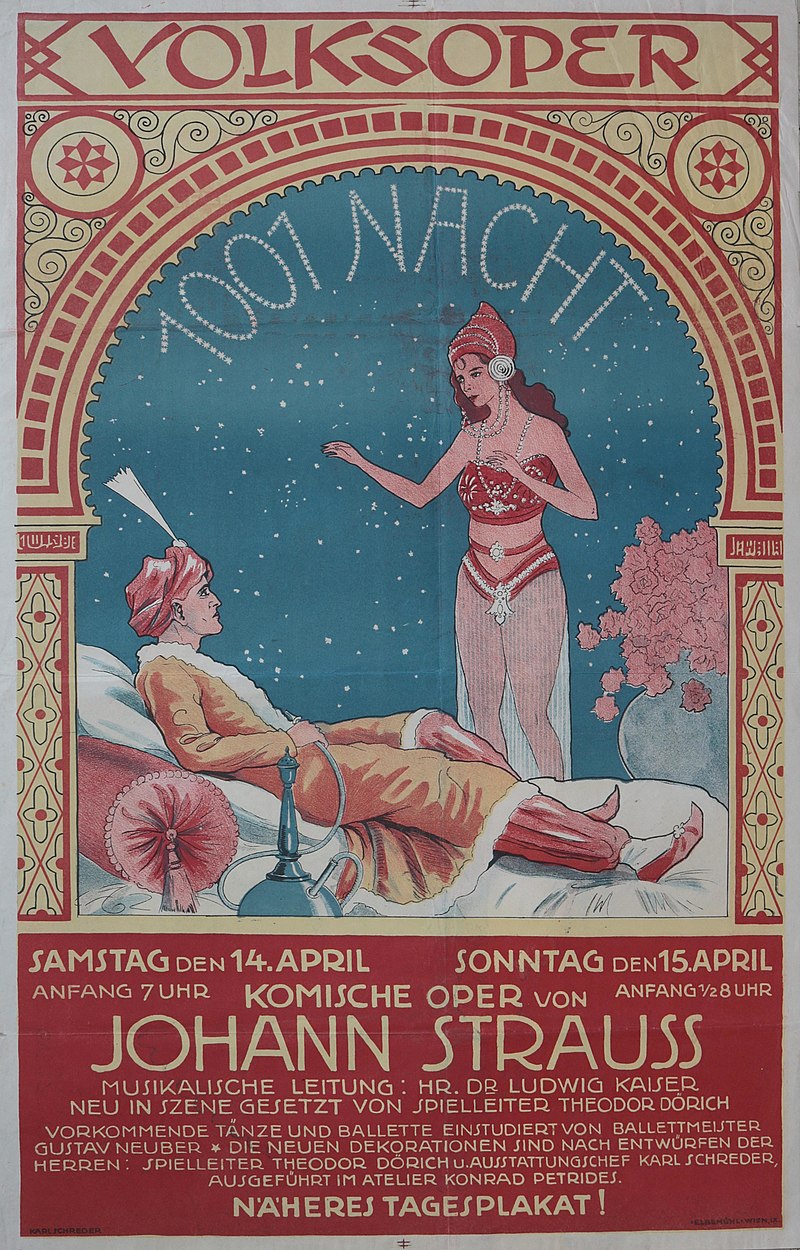 Poster by Karl Schreder for a new version of “Indigo und die 40 Räuber” at Volksoper Wien in the early 20th century. (Photo: Wikipedia)

The performance in Hietzing is a coopetation of the Johann-Strauss-Gesellschaft-Wien and “Das klassische Operettensensemble Wien”. (Whatever “classic” means in this case.)

Whether this performance in modern-day Vienna will stir new interest in the show remains to be seen. Daniel Barenboim and the Vienna Philharmonic Orchestra included the waltez Tausend und eine Nacht, op. 346, in their last New Year’s concert. Together with the slightly “oriental” Phönix-Marsch by Josef Strauss.

A recording of the fully reconstructed original version of Indigo und die 40 Räuber is still not available, only various later versions of the show have found their way onto LP. The most famous was created by Ernst Reiterer in 1906, under the new title Tausend und eine Nacht (“A Thousand and One Nights”). A 1952 performance conducted by Wilhelm Stephan – with Rita Streich,Helmut Krebs and the young Anneliese Rothenberger – was later released on CD. 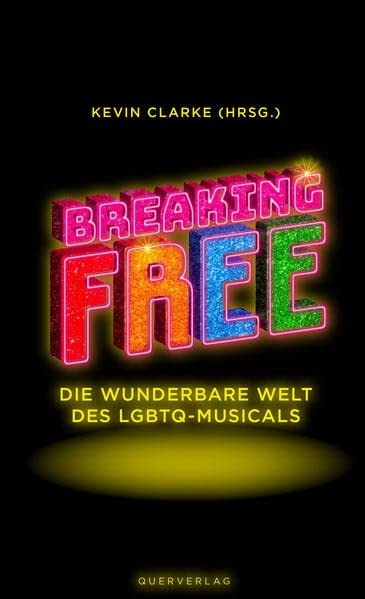