Back in 2004, the Wien Museum presented the exhibition Alt-Wien: Die Stadt, die niemals war. It examined the phenomenon that the citizens of Vienna started dreaming of a nostalgia-version of their city in times of confusing modernization. This retro-version of “Old Vienna” was a fantasy product, showing a carefree world where life was simpler, less confusing, less challenging. The fashion for “Alt-Wien” extended into the realm of operetta, as we all know. And now, we get the equivalent of this phenomenon with a “gay” nostalgia musical that reimagines LGBT history in the same sugarcoated way Dreimäderlhaus reimagined the life of Schubert. 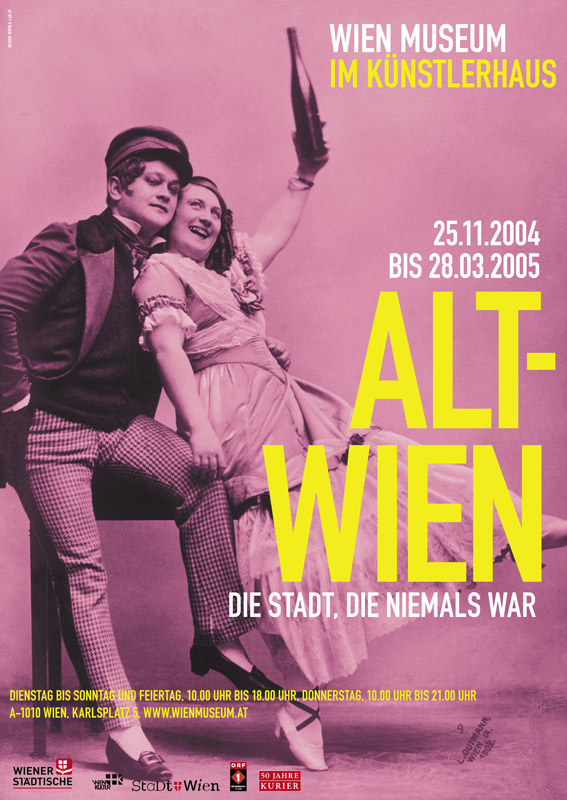 The show in question is The Pleasure Garden with music by Charles Miller and book/lyrics by Glenn Chandler. It takes us back to the long-gone world of the Vauxhall Pleasure Gardens in London. For two centuries, these gardens drew enormous crowds for its circus acts, balloon rides, orchestral concerts and spectacular fireworks.

“For those in the know, the darker paths, wooded corners and intimate arbors were used for more illegal and intimate entertainments,” say the authors. “But now it is 1850 and the gardens are in their dying days. Yet still the faithful come…”

The show focuses on Tom, a handsome young gardener. He is torn between the hopelessly romantic shipping clerk, Ralph, and a sexually voracious aristocratic couple, Lord and Lady Lovelock.

“With the gardens closing and his livelihood under threat, will Tom choose a bohemian life with Ralph: employment with the unorthodox Lord and Lady Lovelock: or answer the drumbeat of a looming overseas war?”

With a total of 24 numbers composer Charles Miller evokes a relaxed world of “classic” British musical comedies, without any Sondheimian influences, no rock beats, dissonances etc. It’s almost like a return to Julian Slade and Sandy Wilson, in a good way. It’s also very tuneful, from start to finish. And it’s very convincingly sung on this recording by the Original London Cast, released by JAY Records.

In JAY Record’s press release, we read: “It is getting more difficult to find new musicals that boast tuneful scores for proper singing and not belting and screaming with humorous and witty dialogues and interesting stories as well as characters. This new musical more than doubly delivers all of the above. It is a refreshing breath air, ironically one that looks back to the hay days of the best of the English Musicals.”

The way queer love and (working class) life in the 1850s is presented here is, of course, completely ludicrous. Almost as fairy-tale-like as the Netflix series Bridgerton, minus the color-blind casting revolution that the streaming hit set in motion. 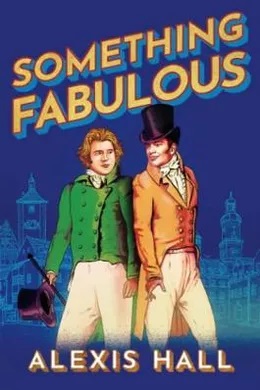 But it is refreshing to see a gay love story so center stage, without the gay aspect being “problematized”. It’s a love like any other. And that’s the charm of it, just like in Alexis Hall’s novel Something Fabulous where the world is turned upside down and everyone is LGBT. It’s a glorious Regency romp.

In the 1970s the musical Boy Meets Boy tried something similar. It evoked the Gay Twenties with a retro-style score, and it presented a Cole Porter-type world in which being gay was the norm, while getting married was the most normal thing to do for two men. In the years immediately following the Stonewall Riots, such a utopia was a clear political statement. Pointing the way to where we – as a society – might one day be going.

Presenting The Pleasure Garden in the 2020s is a different matter. Or at least it comes at a different point in the history of Gay Liberation. We have marriage equality in many countries today, certainly in the UK. The first LGBT National Museum recently opened in London at Granary Square. There are LGBT exhibitions in major museums, LGBT shows on TV and all over the West End (from Lloyd Webber’s Cinderella to Everybody’s Talking About Jamie to &Juliet, to name just a few recent hits). 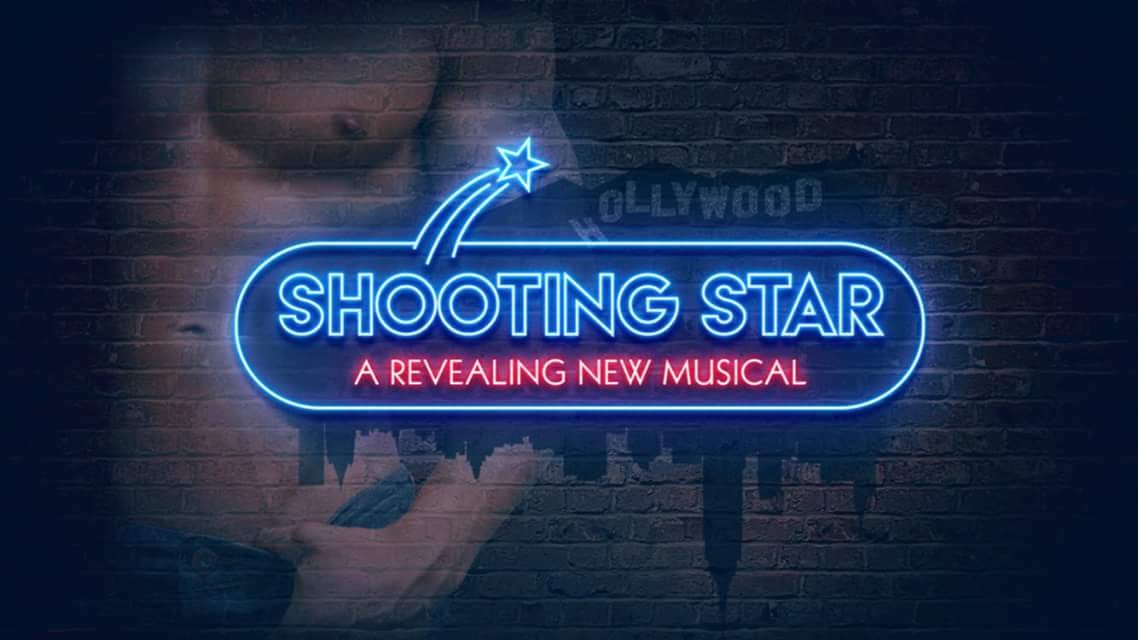 While Strange Loop and Shooting Star, as well as Jamie and &Juliet, all have a very contemporary feel (even if they tell tales from Shakespearian times, as in &Juliet), The Pleasure Garden takes a different path. It’s like an Eysler operetta next to Kalman’s jazzier offerings, so a bit like Die gold’ne Meisterin vs. Die Herzogin von Chicago.

Still, it’s great fun to listen to songs such as “Love Came A-Walking My Way” or “The Gardens of Love” (not to mention “It’s Complicated”). The music of Charles Miller is easy on the ear, and the history lesson Glenn Chandler unveils is the total opposite of The View Upstairs about the arson attack in 1973 on the UpStairs Lounge in New Orleans, killing 32 people. It was the deadliest attack on a gay club in US history before the 2016 Orlando nightclub shooting. That musical by Max Vernon premiered Off-Broadway 2017 and came to London in 2019.

For those wanting an escape from the modern LGBT world (and the endless fighting therein of what is the right kind of queer), The Pleasure Garden is a welcome alternative. And an interesting commentary.

So, a big cheer to JAY Records for having preserved this stage show as a cast album, making it available to the whole world. I really wish they’d also put other shows such as Shooting Star with its lovely music (but more provocative content) on disc. And maybe start a whole LGBT series?

By the way, if you’ve got your Alt-Wien catalogue out, there’s a great essay on “Himmelblaue Zeit: Alt-Wien in der Operette” by Christian Glanz in there. And many other texts that reference operetta history. Considering that today many of these nostalgic “Old Vienna” operettas are still popular and beloved by many, The Pleasure Garden might experience a similar long-term career. Because it, too, takes us to a bygone world were life was simpler, even if in reality it wasn’t. But that’s the fun. Why not look at LGBT history in an unashamedly rose-colored way, and forget about problems for a moment? 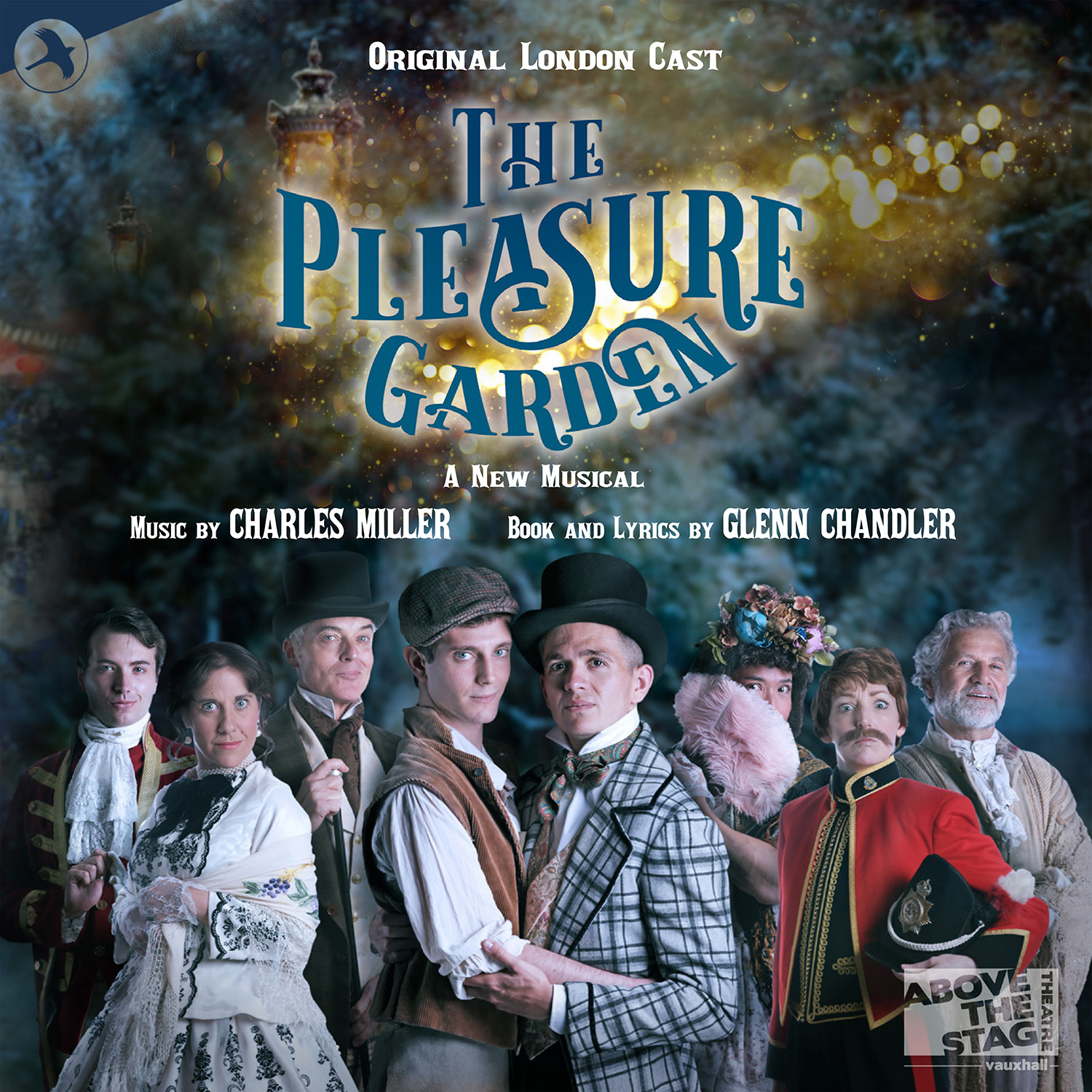 The cast album of “The Pleasure Garden”. (Photo: JAY Records)

You might want to try it. It’s inspirational. And best of all: you don’t have to be gay to enjoy it!