Jean-François Philibert Berthelier (b Panissières, Loire, 14 December 1828; d Paris, 29 September 1888) was a comic actor and singer who was one of the major stars of the 19th-century French musical theatre. 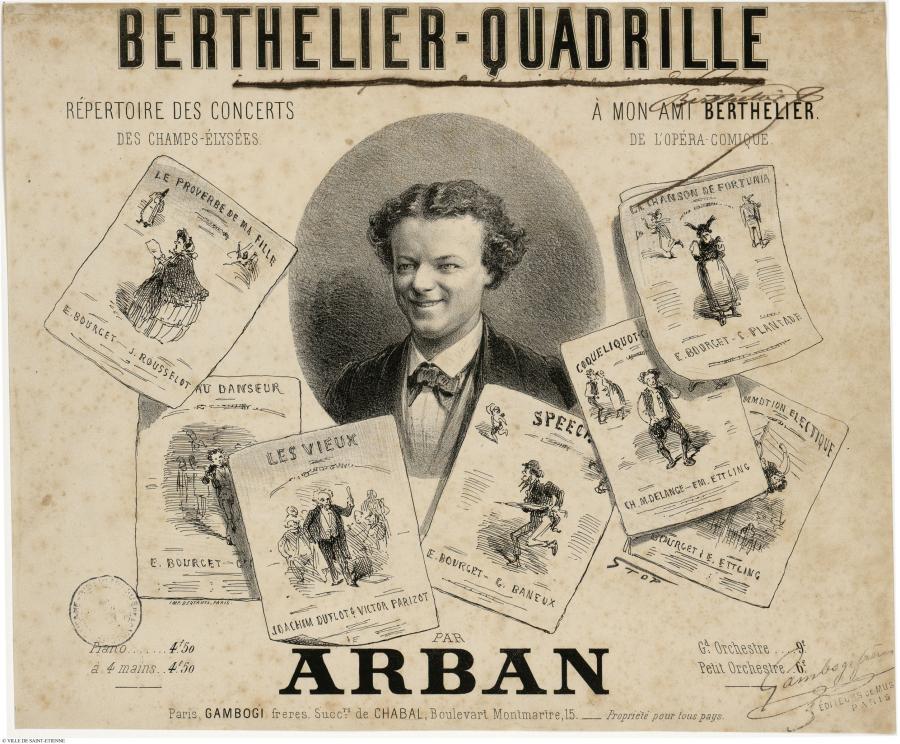 A “Berthelier Quadrille” by Arban, showing the star performer in various roles.

The young Berthelier worked as a bookshop assistant in Lyon and as a commercial traveller in paintings before making his first stage appearances as a tenor in the theatre at Poitiers in 1849. A couple of years later, he made his way to Paris and there made himself a small name as an actor and, in particular, as a singer in cafés-concerts. It was at one of these latter, in Rue Madame, that Offenbach heard the young man singing Étienne Tréfeu’s popular song ‘Vive la France’ and engaged him to be a member of his initial company at the Bouffes-Parisiens. Berthelier’s fame was made overnight when he introduced the rôle of Giraffier in Les Deux Aveugles (1855). He created rôles in Une nuit blanche (1855, Hercule), Le Rêve d’un nuit d’été (1855, John Bull), Le Violoneux (1855, Pierre), Paimpol et Perinette (1855, Paimpol) and Ba-ta-clan (1855, Ke-ki-ka-ko) during the Bouffes’ first months, before going on to stints at the Palais-Royal and at the Opéra-Comique (1856-62), taking part during the latter engagement in the premières of Gevaert’s Château Trompette and of Offenbach’s Barkouf (Xailoun). 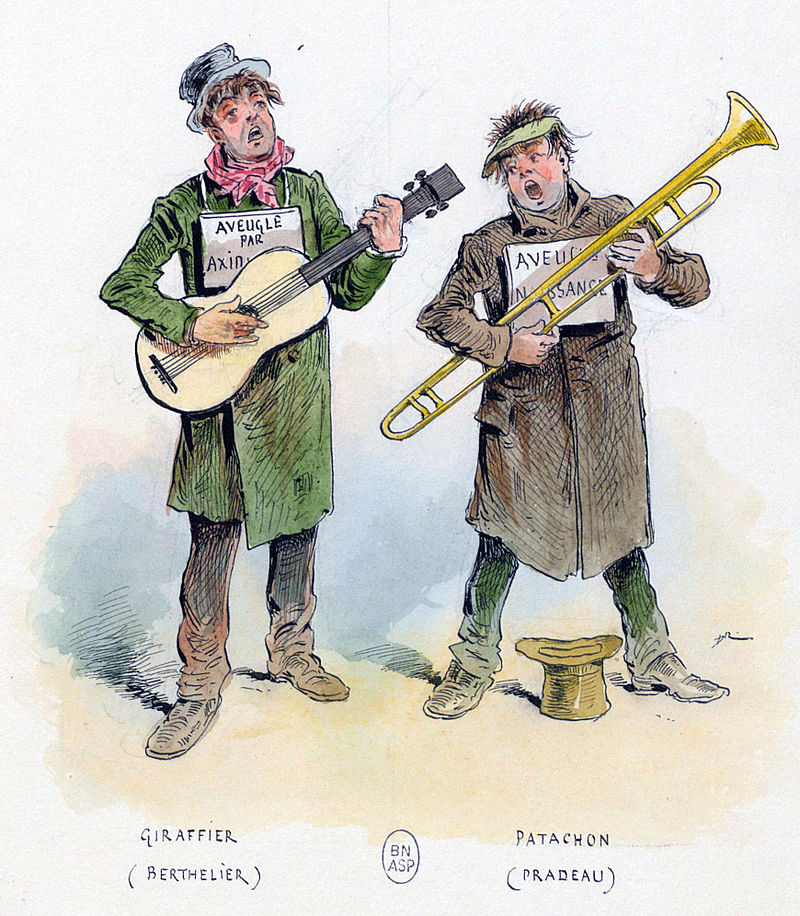 At the same time he continued a highly successful career as a chansonnier, now provided with songs especially made to his measure by such popular songwriters of the time as Gustave Nadaud, Edmond Lhuillier and Tréfeu (‘Le Baptême du p’tit Énéniste’, ‘L’Invalide à la tête de bois’ etc). 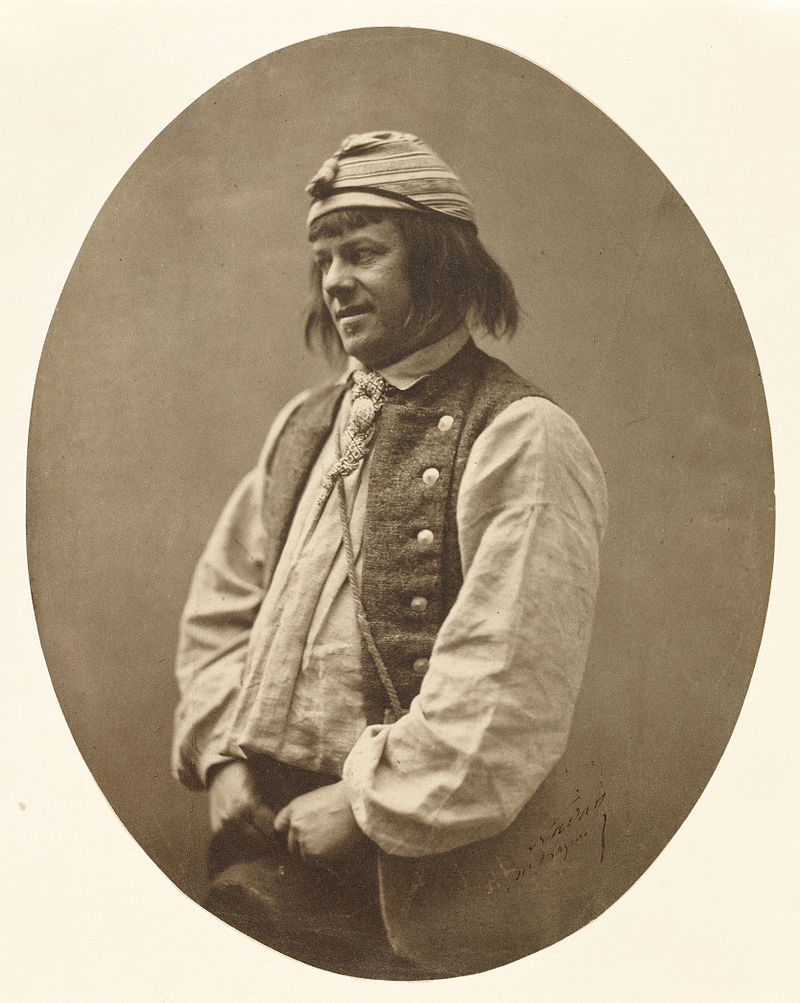 When the fashion and the wheel of success turned from Offenbach to Lecocq, Berthelier was on hand, as a member of the Théâtre de la Renaissance company, to partake of further major successes, starring in some of his best comedy rôles in Lecocq’s La Marjolaine (1877, Palamède van der Boom), Kosiki (1876, Xicoco), Le Petit Duc (1878, Frimousse), La Petite Mademoiselle (1879, Taboureau) and La Camargo (1878, Pont-Calé), and later, at the Nouveautés, in the two most important works of the second part of the composer’s career, Le Jour et la nuit (1881, Don Brasiero de Tras os Montes) and Le Coeur et la main (1882, King of Aragon). He also appeared as Zappoli in the French Johann Strauss concoction La Tzigane (1877) at the Renaissance, and at the Nouveautés in Le Voyage en Amérique (1880, Girandol), and La Cantinière (1880, Rastagnac), going on to a long, long list of further comic creations at that house, few of which, however, came up to the rôles with which he had been favoured at the height of Lecocq’s success. 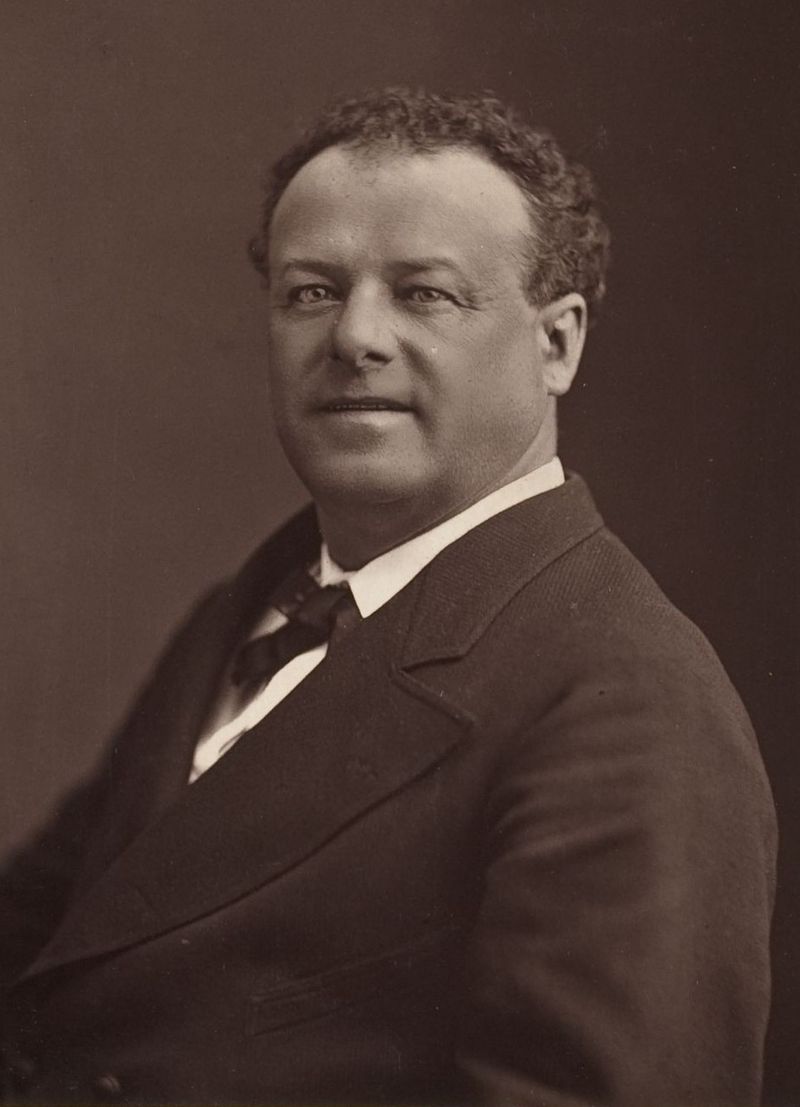 The by this time grossly overweight comedian died during the run of the last-named show.

Considered by some to be more of a vocalist than an actor – and his way with a comic song was apparently second to none – it was, nevertheless, in important comical rôles that he secured and kept, over more than 30 years, his prominent place in the Paris musical theatre.

Berthelier, the lover of the young Hortense Schneider in her early Paris days, was responsible for her introduction to Offenbach and the Bouffes-Parisiens and, as such, was depicted on film in the Offenbach-loves-Hortense movie, Valse de Paris. 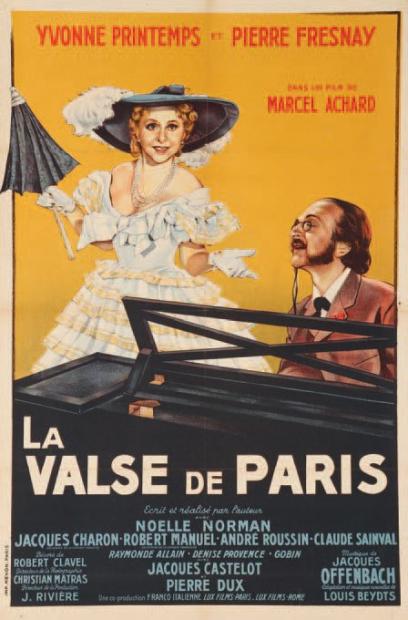