We could not agree more with this statement of Red Blonde Productions and West Sussex Opera: “What Cabaret was to 1930s Berlin, Bouffe! is to the Paris of the Deuxième Empire.” Indeed. The two companies/teams have created a new show about Jean-François Berthelier, a cafe singer, who is waiting for the big time. He sees his chance when Offenbach’s later super diva Hortense Schneider, still a provincial actress, arrives in Paris. To win her affection, he introduces the ambitious Hortense to the opéra bouffe composer, whose new Théâtre des Bouffes-Parisiens is the talk of Paris. From there, fate (and musical history) takes its course. 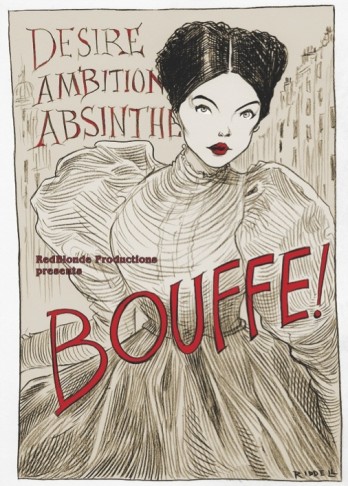 With the music of Offenbach, Donizetti, and Martini, this WSO production enters the world of demimonde Paris, as described in Emile Zola’s famous novel Nana, where newcomers from the provinces dine with aristocrats, and rich patrons pay for performances both on and offstage.

Bouffe! recreates the energy and excitement of Offenbach’s scurrilous and irreverent early operettas and, from the café chantant to the Théâtre des Variétés, charts the rise of Hortense Schneider, 19th Century Paris’ most famous diva and courtesan. In a way, it’s like a modern version of Offenbach’s own show La Diva which is a fictional retelling of Schneider’s career. (It awaits a modern revival, urgently.) 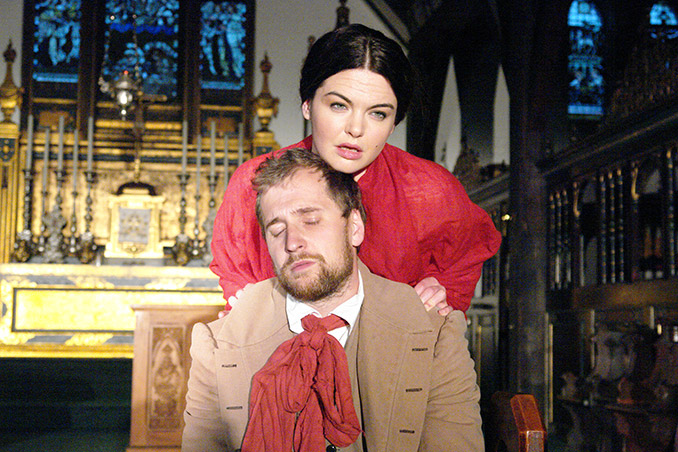 The role of Hortense Schneider is taken by Lila Palmer. On her website, she states: “I’m a classical singer, author, stylist, and blogger.” (What a combination for a modern day operetta diva!) “Born in New England and raised in Old England, I’m passionate about making the world more beautiful every day. I love to collaborate and work across different disciplines.” On the poster for the production she is made to look a bit like Leslie Caron – who played a baby courtesan in Gigi, based on the Colette story. A very fitting reference, in the context of Hortense Schneider, you might say.

As her partner, there is Jon Grave as Jean-François Berthelier.

For more information about the production and performances in Brighton, click here.

And while we are waiting for a revival of Offenbach’s La Diva, could someone please turn Nana into the glorious and sexually explicit movie it should be? The famous 1926 silent version by Jean Renoir is much tamer than the novel, and leaves out all the memorable nude operetta moments Zola describes so strikingly.