Charm was in abundance at Light Opera of New York’s semi-staged concert reading of Jerome Kern’s 1920 musical smash Sally, written for dancing star Marilyn Miller. The company shifted gears from its last two spring shows, both by Victor Herbert, as they turned to his acknowledged successor. Herbert wasn’t entirely left out, however, as you’ll learn below. 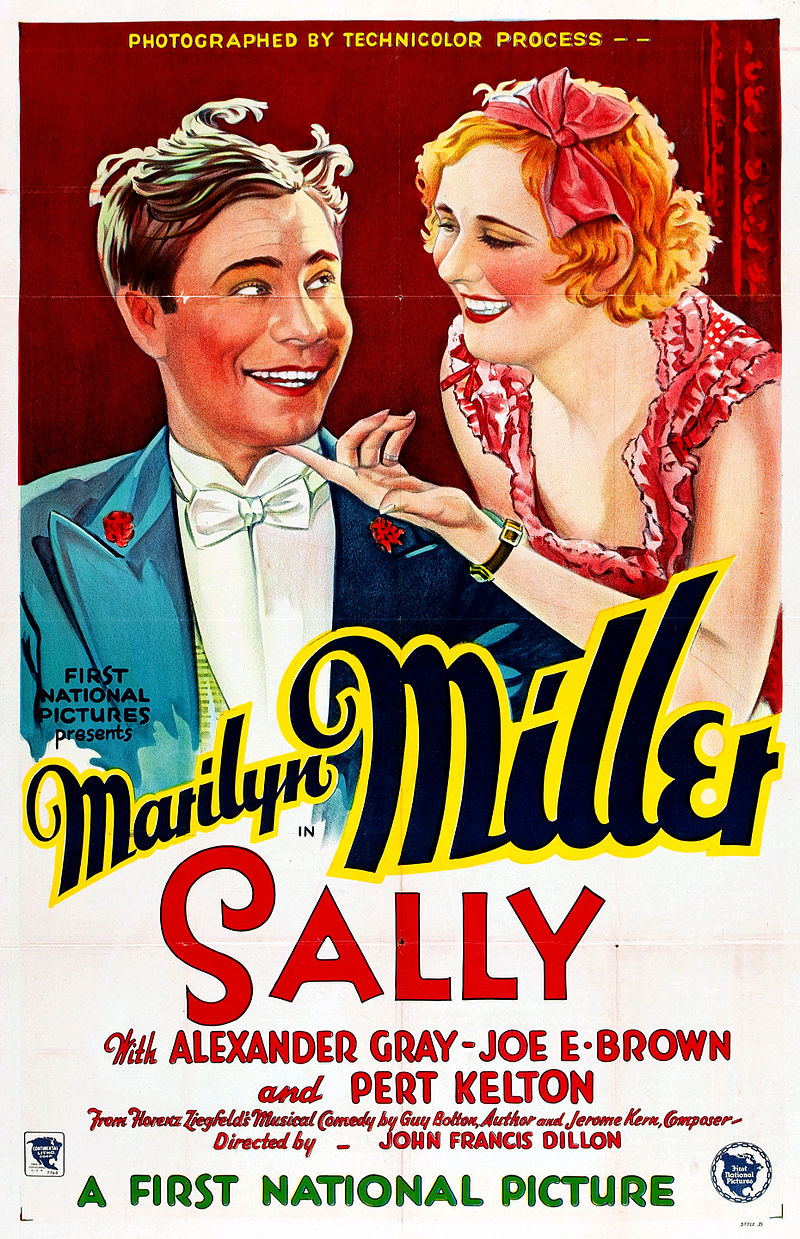 There was little dancing here, and not much of Guy Bolton’s book for that matter in John Ostendorf’s reduction, and the titular heroine now had singing aspirations rather than terpsichorean. The orphan Sally was played with by Carey Mulligan lookalike Emma Grimsley with a nice air of melancholy and quiet determination to better her lot (she is hired as a restaurant dishwasher in the opening scene).

Originally, Sally was picked for the task from a group of orphans. Given the economics of this cast (a mere eight players), she entered with haughty matron Mrs. Ten Brock (Rachael Braunstein) and her daughter Marsha (Natalie Ballenger) with no other explanation beyond “And Sally’s here, too.” 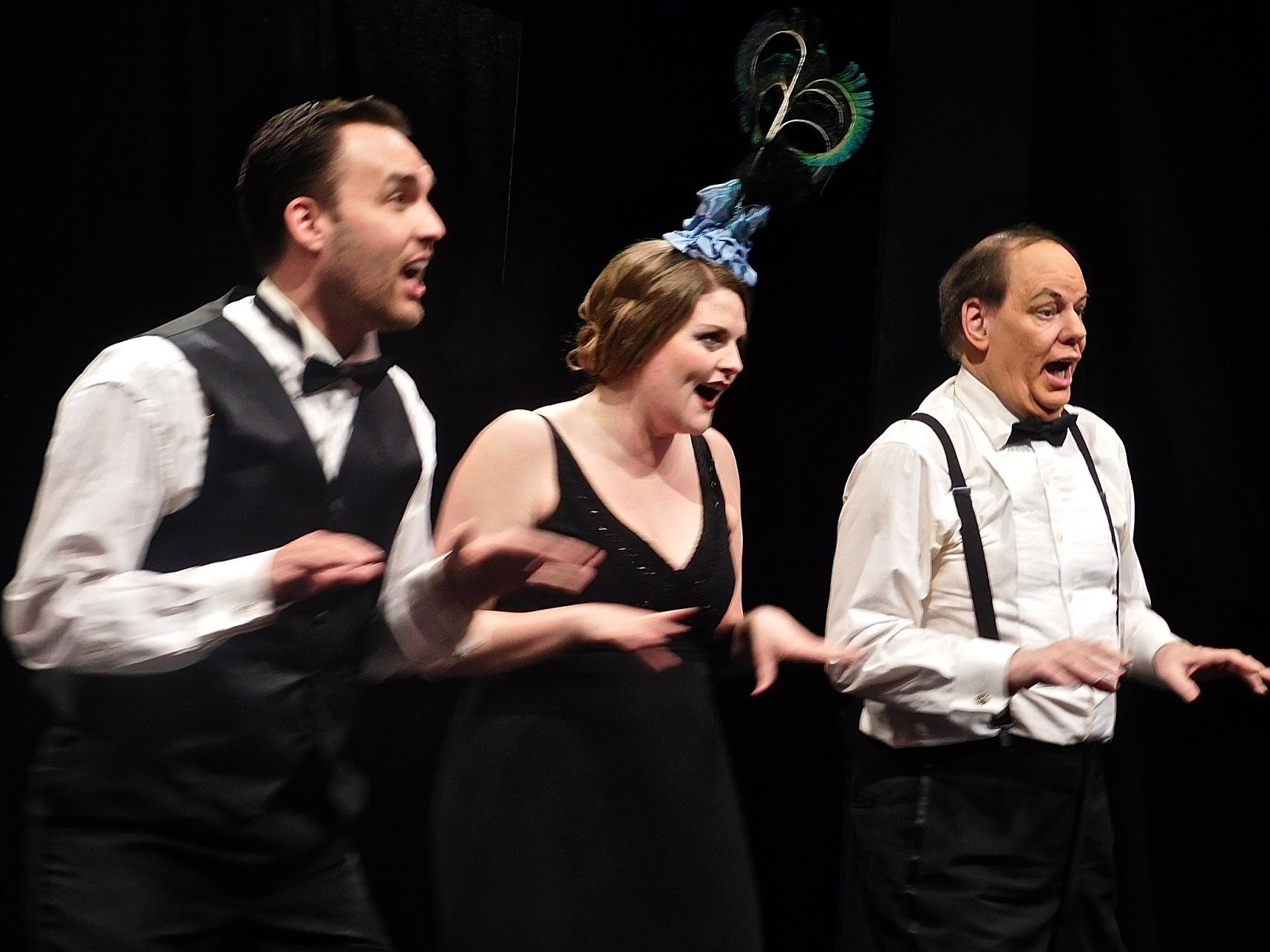 Into the café, run by Pops (Richard Holmes who played all the character parts most capably), comes wealthy Blair (a very boyish Alex Corson saddled with an unfortunate hat) and it’s love at first sight when he meets Sally. They sang the show’s hit tune “Look for the Silver Lining” gracefully, and Blair followed this with a stylish “Dear Little Girl” with its “Sally of the Alley” refrain.

Before long, theatrical agent Otis (Adam Cannedy) and his girlfriend, manicurist Rosie (vocal and comic standout Claire Kuttler) contrive to have Sally impersonate a Russian countess at a lavish party thrown by Blair’s wealthy father (never actually seen here) after the actual Russian lady cancels her appearance. So, too, Pops’ waiter Connie (Constantine), actually an impoverished Duke from Czechogovenia, will come to the party in full ducal regalia.

Sally pulls off the impersonation well (with Grimsley affecting a good Russian accent), and sings the infectious “Wild Rose,” but it isn’t long before Blair recognizes her, and the ruse begins to unravel.

The singers were a thoroughly appealing bunch. Cannedy’s numbers displayed flair and a good unaffected baritone evident from his first number “On With the Dance,” and likewise, Elsesser, very funny as the duke turned waiter, knocked his big number “The Schnitza-Kommiski” out of the park. Holmes’ most sustained singing came in the amusing trio “The Lorelei” (sung with Cannedy and Kuttler), and he had helpful bits in other numbers, displaying his mellifluous baritone and stage savvy in each. Kuttler and Cannedy delivered another of the score’s hits, “The Church ‘Round the Corner,” and sang it with charm. Throughout, the men provided neat backup harmony when needed.

Spare though the production was, director Gary Slavin, expert at this sort of material, made it work. His blocking was always ingenious and apt. 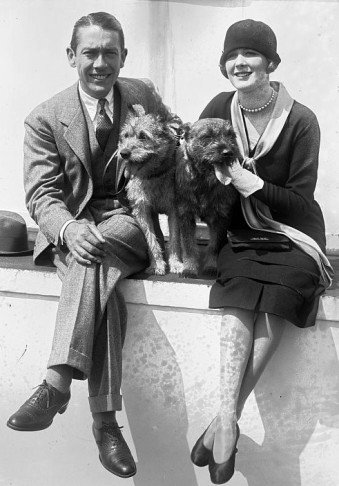 Music director Jerry Steichen provided exceptionally fine piano accompaniment, even playing an abridged version of Victor Herbert’s “Butterfly Ballet.” (Yes, the great man was enlisted by original producer Florenz Ziegfeld to supply the lengthy third act sequence.) In a very cute bit of business, Kuttler and Ballenger joined Steichen on the piano bench midway through the ballet and assisted on the eighty-eights.

Compact though it was, LOONY’s production had far more integrity than the 1988 concert version which was the unfortunately swan song of the great New Amsterdam Theater Company whose founder Bill Tynes had by then died, and was taken over by new management which, after Sally, scuttled the company.

The usual modest orchestra for LOONY’s spring show – along with a set and full costumes – were, alas, casualties of funding limitations. However, it was announced that the forthcoming CD recording will feature one. For now, there exists a quite decent account of the score from Comic Opera Guild with two piano accompaniments.

It was rather fitting that the performances took place at Theater 80 St. Marks, a famous movie revival house back in the 1970s dedicated to musicals, where some of Marilyn Miller’s films were screened for the first time in decades.

You can see Marilyn Miller in all her glory in the film version of Sally, which occasionally gets an airing on TCM, and is available on DVD from Warner Archive. Only three of Kern’s songs were used, but it’s one of the rare instances of a legendary performer whose magic truly translates to film. Her dancing was quite spectacular, but as LOONY’s lovely little production made clear, the quality of the material can do well enough without dancing.