The Encyclopedia of the Musical Theater

One of the earliest successful comic operas to come out of America, El Capitan was also the one successful attempt by ‘March King’ John Philip Sousa to provide an enduring musical score for the theatre.

This success owed no small debt to Charles Klein’s libretto which, if it was made in the familiar mould of Continental comic opera texts, and composed of a web of well-used plot elements, was nevertheless a shapely, coherent and funny piece of its kind. It premiered on 20 April 1896 in New York at the Broadway Theater.

It also owed no small debt to the performance of the tall, basso comedian de Wolf Hopper in its starring rôle.

The Viceroy of Peru, Don Luiz Cazzaro Thomas S Guise), has been deposed by the Spanish government, and Don Errico Medigua (Hopper) sent out to replace him. Cazzaro has, however, not taken his dismissal lightly and is plotting, with a band of bravos and some of the local populace, to regain his position by force. To this end he has hired the famous Spanish mercenary known as ‘el Capitan’. But Don Medigua has discovered all this plottery whilst still on the high seas to South America and, knowing el Capitan to have been killed in a shipboard, he concocts a wily plot to turn the tables of Cazzaro. 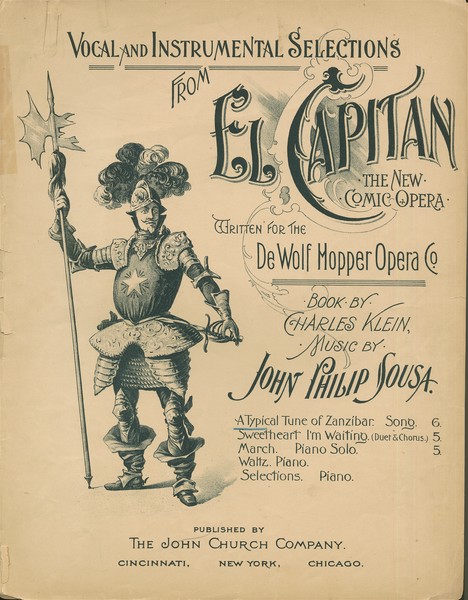 The cover of the vocal score for Sousa’s “El Capitain.” (Photo: Wikipedia)

On his arrival, he hides himself away from the Peruvian populace, and devotes himself to building the reputation of ‘el Capitan’ up to a ferocious height. Then – when the moment is ripe – he emerges, himself, in personation of the mercenary and takes command of Cazzaro’s forces.

The phoney ‘el Capitan’ leads the rebel army round in swashbuckling circles until they are too exhausted to face the Spanish troops, after which Medigua (now as himself) defeats himself (as ‘el Capitan’) in battle and, with his viceregal hat now firmly in place and all resistance quashed, he takes up his Peruvian throne in time for the curtain.

Alice Hosmer played Medigua’s wife, Princess Marghanza, distraught at being seconded to the wilds of Peru in exile from the social delights of the European metropolis, Bertha Walzinger was his daughter, Isabel, who conducts an incidental romance with one Count Hernando Verrada (Edmund Stanley) in order to provide the opportunity for some sentimental music, Edna Wallace Hopper was the tempestuous Estrelda, daughter to Cazzaro, and determined to hook herself the famous war-leader as a husband, whilst librettist Klein himself appeared as the bewildered court Chamberlain, Signor Amabile Pozzo, kidnapped by the enemy in mistake for his employer. 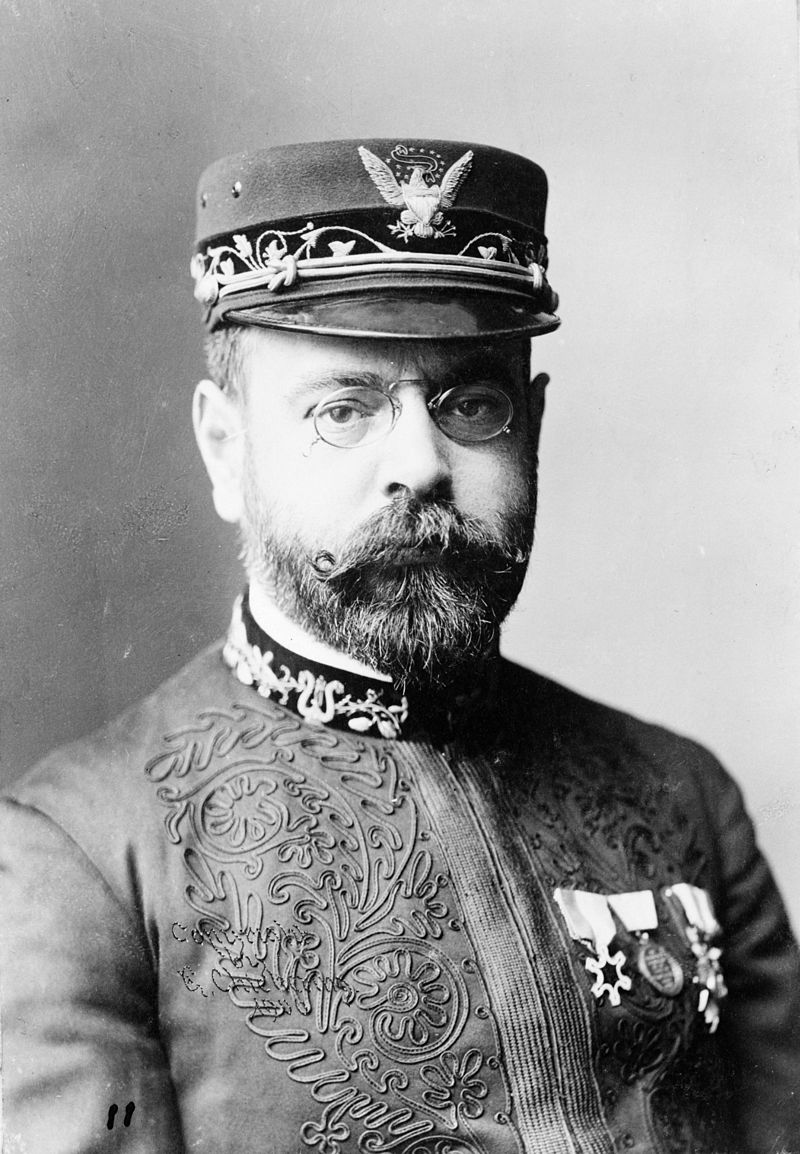 Sousa’s comic-operatic score, an amount of it re-used from his previous shows, which had not made it to New York, included some fine concerted music, and a regular layout of typical numbers from the romancing of the juveniles (Sweetheart, I’m Waiting’), to the comical ‘A Typical Tune of Zanzibar’ and the marching strains of el Capitan’s entrance song, both sung by the disguised Medigua.

After El Capitan’s first Broadway run of 112 performances, Hopper took ‘his’ show to the country, running it round America for two full seasons (‘phenomenal houses … the chorus is big enough to hide the scenery..’), returning for repeat showings in New York both in 1897 (Broadway Theater 22 February, 4 weeks) and 1898 (Fifth Avenue Theater 21 February) before taking the company across to London to play El Capitan at the Lyric and Comedy Theatres with Miss Hosmer, Jessie Mackaye, Nella Bergen, Harold Blake and Henry Norman in support of the star. 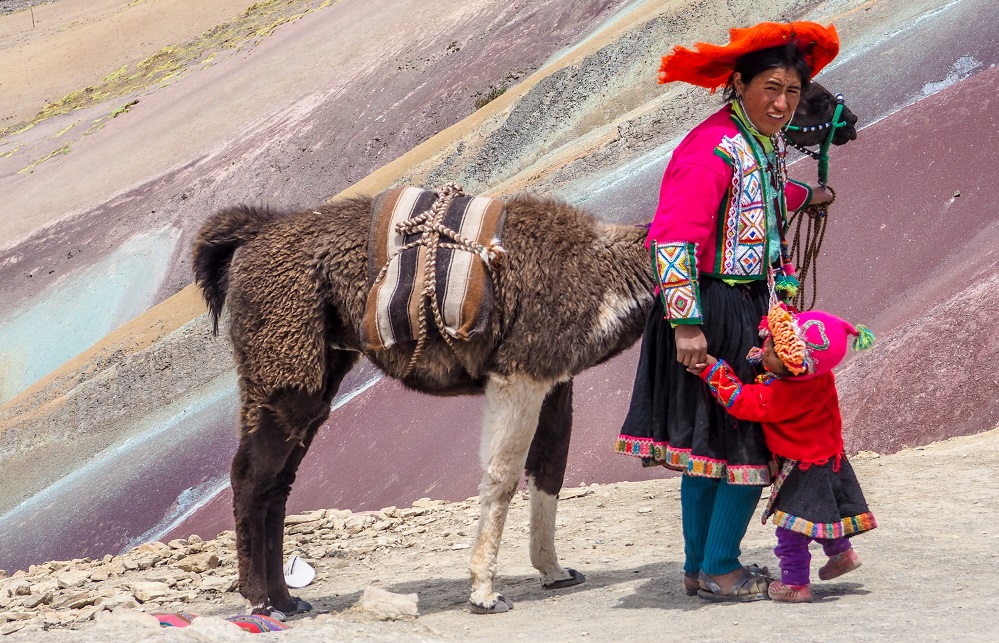 The show was well received in London, and it ran for some five months, after which Hopper produced his and Sousa’s subsequent The Charlatan (Mystical Miss). Hopper kept El Capitan to hand for a number of years, and it now shares with Robin Hood the distinction of representing 19th-century American comic opera to end-of-20th-century folk, a fact which has earned it a number of interested revivals, notably one at the Goodspeed Opera House in 1973 (11 June) with John Cullum featured in Hopper’s rôle.

What seems to have been a primitive version of the show, set in Spain and entitled The Wolf, was announced for production by Francis Wilson as early as 1889.

If so, Klein and Sousa were lucky that they waited for Hopper.